At this time and age of rampant atheism when those who do not believe in God openly and freely flaunt their disbelief with great enthusiasm and fanfare, it is time for those who believe to express their views. We who believe in God and the afterlife, and that we do not end by being buried but our souls go on living, find our voices sometimes muted. Yet we should not be intimidated; we should express our views as freely as the atheists do theirs.

Undisputed evidence
After reading and travelling so much, and endlessly discussing topics related to the Christian faith, I have reached the stage where certain facts are clear and dear.
I have been to the Holy Land three times, to Rome many times two of which were purely pilgrimage visits, been to Lourdes and Fatima, and many other holy places. I also met holy people from whom I learned a lot. I shared many of my experiences in discussions, talks and writings. However, in my own sphere of belief, I came across one object which surpasses all others in terms of confirming with undisputed evidence the deep belief in God and Jesus Christ. This is the Sindone: “The Shroud of Turin”. 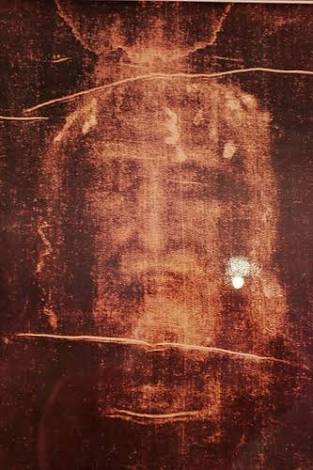 I visited St Giovanni Battesta Cathedral in Turin to see the Sindone three times when it was placed on public display (once in 2010 and twice in 2015). No other ancient artefact was subjected to such thorough research as the Sindone. It was one of the first to be photographed and had all sorts of scientists take part in studying it thoroughly over several decades; many of these scientists were unbelievers, so there was no preconceived agenda. The researches yielded many books and countless articles which are all readily accessible.

History
The first mention of the Shroud of Christ was in the Bible. The statement in St John’s Gospel: “…and he saw, and believed. For as yet they knew not the scripture, that He must rise again from the dead” (John 20:8-9). The impact on St John when he first saw the Shroud still persist to our present day.
It is thought that the Shroud travelled from Jerusalem to Edessa. Abgar, King of Edessa at the time of Christ, contacted Our Lord and features highly in two 4th-century documents. The first is by Eusebius and the other is the Doctrine of Addai. The Shroud was hidden and discovered later, in the sixth century, during the rebuilding of the walls of Edessa. It was uncovered above the Western gateway. In 944AD the Byzantine army took the shroud to Constantinople. During the fourth Crusade, the Shroud was spotted by Robert de Clari in Constantinople. It was looted by the crusaders together with many other treasures of Constantinople, and was hidden for a century and half. It resurfaced in the French village of Lirey where it was displayed publicly for the first time ever in 1355/1356 and again in 1389. Ownership of the Shroud passed to Duke Louis I of Savoy in 1453, and was housed in Chambery till it was partially damaged by fire in 1532. In 1578, the Shroud was moved to Turin where it has remained till the present. 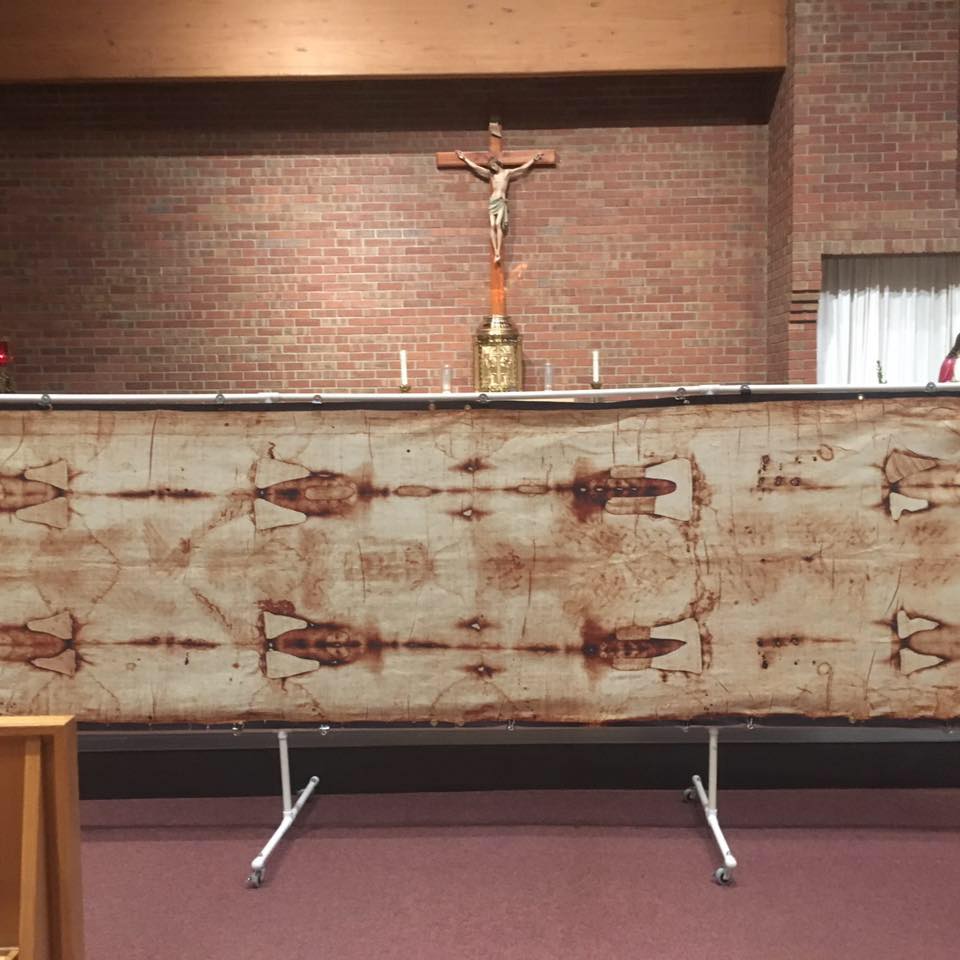 Tests
Just to enumerate the tests to which the Shroud was subjected in its long history of undergoing thorough examinations would overtake this article and perhaps more. The most important from my perspective are two: namely the image of Christ and the 3D reconstructions. It is of note that the face of Christ as shown on the Sindone correlates well with the appearance of Christ when He reveals Himself to the living. The oblong face, the strong features, the broad brow, the strong cheeks and jaw, and the long hair more than shoulder length are just a few. The 3D studies give the sense of real life to the Man in the cloth. 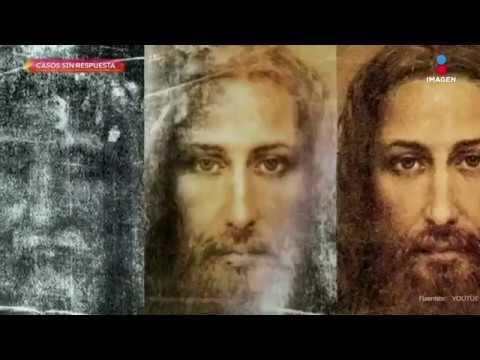 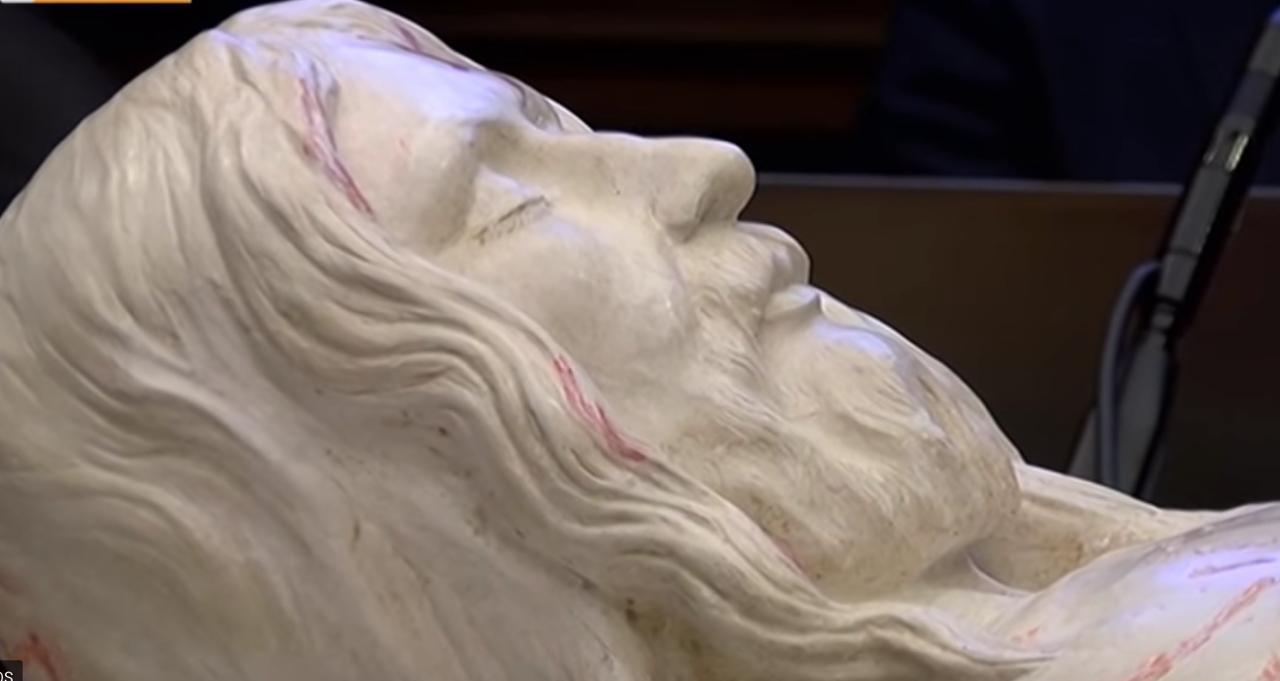 The anti-theses
In my readings and discussions in relation to the authenticity of the Shroud, the most pertinent points against are the possibility of its being a fraud, and the results of the radioactive carbon tests.If the image were fake, then Leonardo da Vinci is believed to be the only known artist who might have managed to produce such an image had he desired. Notwithstanding that the real image was not revealed till after the first photograph of the Shroud was taken in 1898. However, da Vinci never failed to amaze specially with his ability to transgress time. The documented public appearance of the Shroud in 1355 and 1389 is important. Leonardo was born in 1452, a century after the first public show. 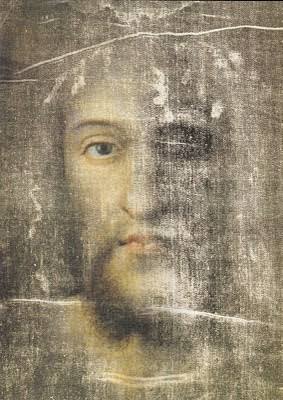 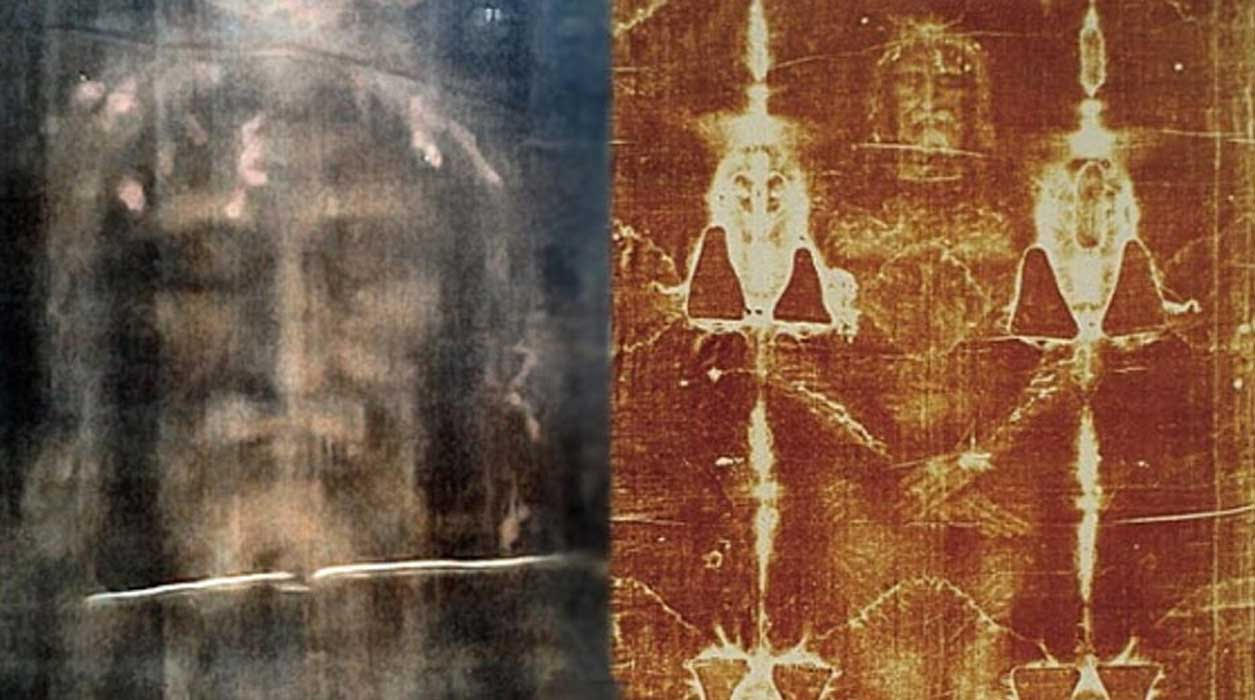 The other argument against the authenticity is the result of carbon dating in 1988. Three separate labs concluded the dates as 1260-1390 AD. It is worth noting that after the fire of 1532 nuns took on the task of repairing the damage. Linen was used to patch up the missing areas. The samples given to undergo the carbon testing are thought to be from these added linen parts rather than from the original Shroud material. The nuns possibly used old linen material to patch the defects. 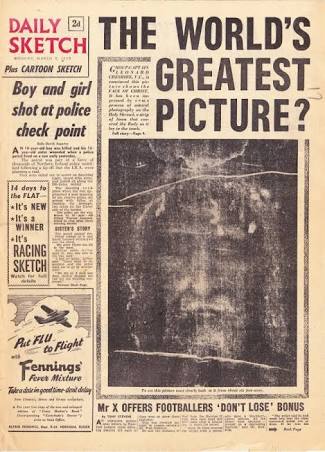 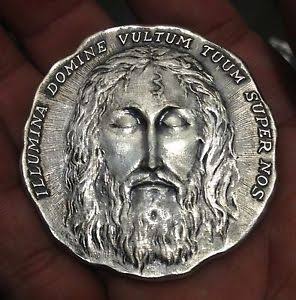 Conclusion
After following the tests to which the Shroud was subjected for many years. I have no doubt regarding the true nature of the artefact. The authenticity of the Sindone proves the following:
1. Christ was/is a true historical figure
2. Christ Resurrected when He was wrapped in the Sindone in the Sepulchre in Jerusalem.
3. The Sindone shows that Christ died by crucifixion.
4. Also that the narrative of the Passion as narrated in the Gospels is true.
5. The Gospels reflect true events which relate to the Passion Week (I’m confining my present article hereby to the Sindone).
6. It is widely accepted that the most difficult issue in the historicity of Christianity is the Resurrection of Christ from the dead. No similar event was ever recorded throughout the history of humanity; the event defies nature. The Sindone provides scientific proof that it did occur. How might it be explained is a different matter, but it did occur.
7. It follows that if Christ resurrected then He also died through crucifixion and was entombed. Proof of this is provided by the Sindone.
8. People could agree or disagree about Christian Theology and many other aspects of the Christian faith, but the basic premise that Christ was crucified, buried and resurrected is undisputed.

Ahmes Labib Pahor  FRCS,DHMSA(UK),FICS(USA),
Dip.ICS(Egypt), PhD.Hist.Med.(Netherlands) has special interest in History and Coptic Language. He is member of IACS (International Association Of Coptic Studies) and has many publications in History of Medicine especially Pharaonic Medicine, and in Coptic History; he published in 2018 English Coptic Lexicon for Every Day Conversations In memory of his grandfather eminent Coptologist Cladius Bey Labib Pahor, and in 2009 a book on his father Dr Pahor Labib, also eminent Coptologist.