US Woman of Courage honoree Mama Maggie back home

Mama Maggie, whose work with Cairo’s destitute garbage collectors, the zabaleen, has brought her world renown, is back home from the US where she received a Woman of Courage award from the US State Department.

On 7 March, the eve of International Women’s Day, US Secretary of State Mike Pompeo hosted the 13th Annual International Women of Courage (IWOC) Awards at the US Department of State to honour 10 extraordinary women from around the world. First Lady of the United States Melania Trump delivered special remarks at the ceremony. 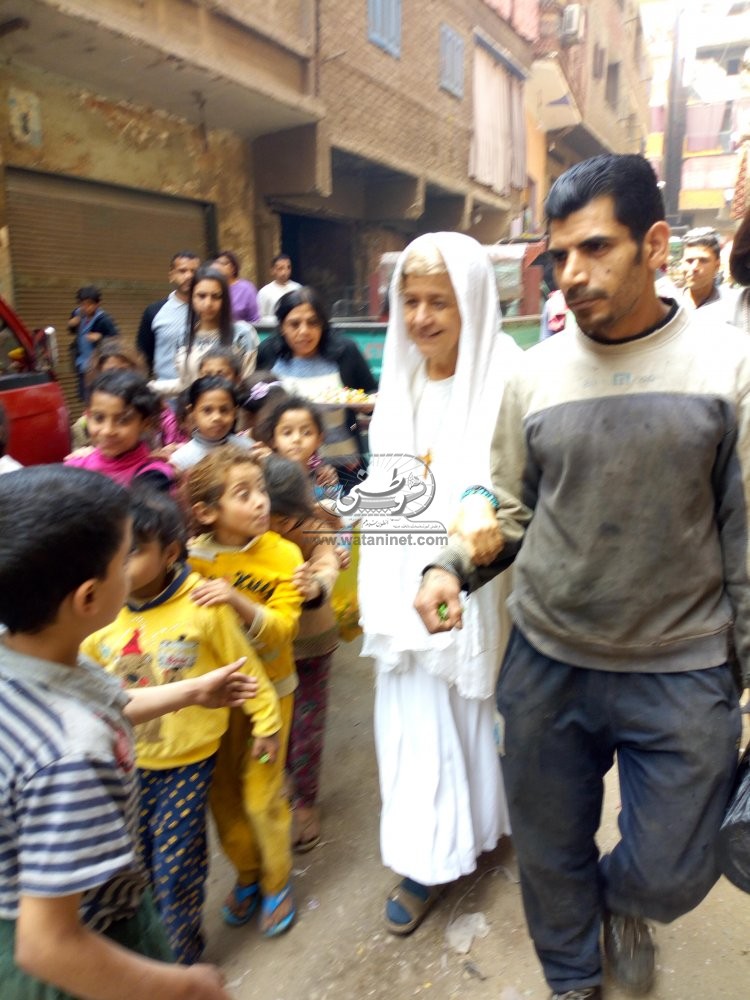 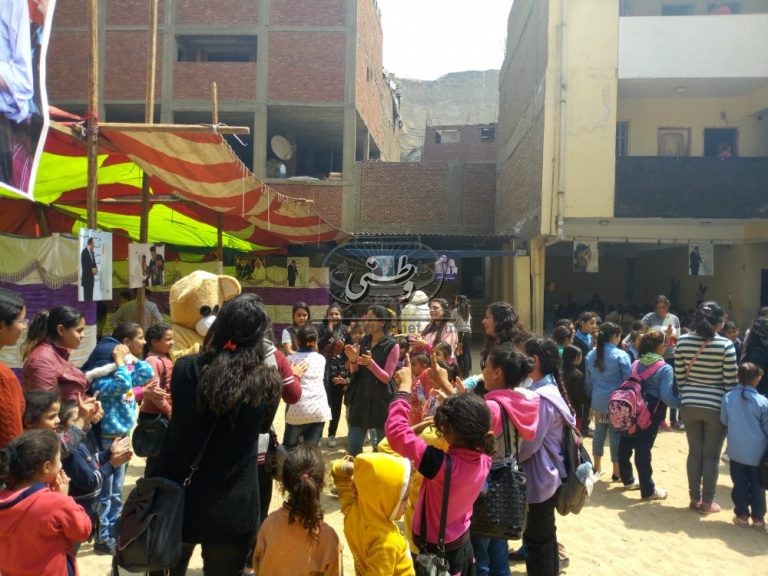 The IWOC Award recognises women around the globe who have demonstrated exceptional courage and leadership in advocating peace, justice, human rights, gender equality, and women’s empowerment, often at great personal risk and sacrifice. Since the inception of this award in March 2007, the State Department has recognised more than 120 women from more than 65 different countries.

Following the official award ceremony and meetings or interviews with government officials, NGOs, media, and others in Washington DC, IWOC honorees travelled to individual US cities on the International Visitor Leadership Program. American organisations and businesses hosted IWOC awardees and collaborated with them on strategies and ideas to empower women both in the United States and abroad. The awardees then reconvened in Los Angeles for a closing ceremony before returning to their home countries. 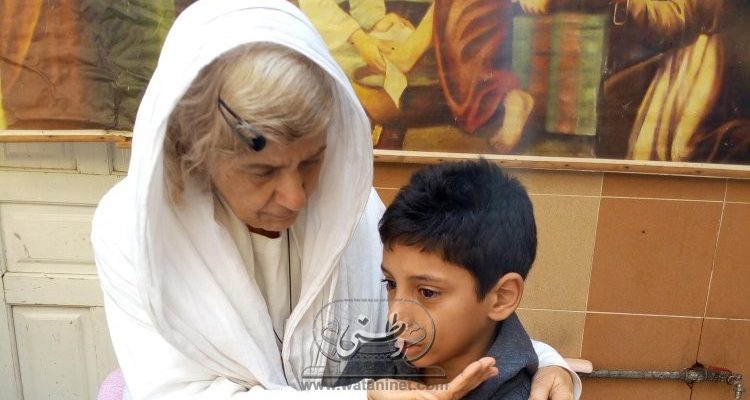 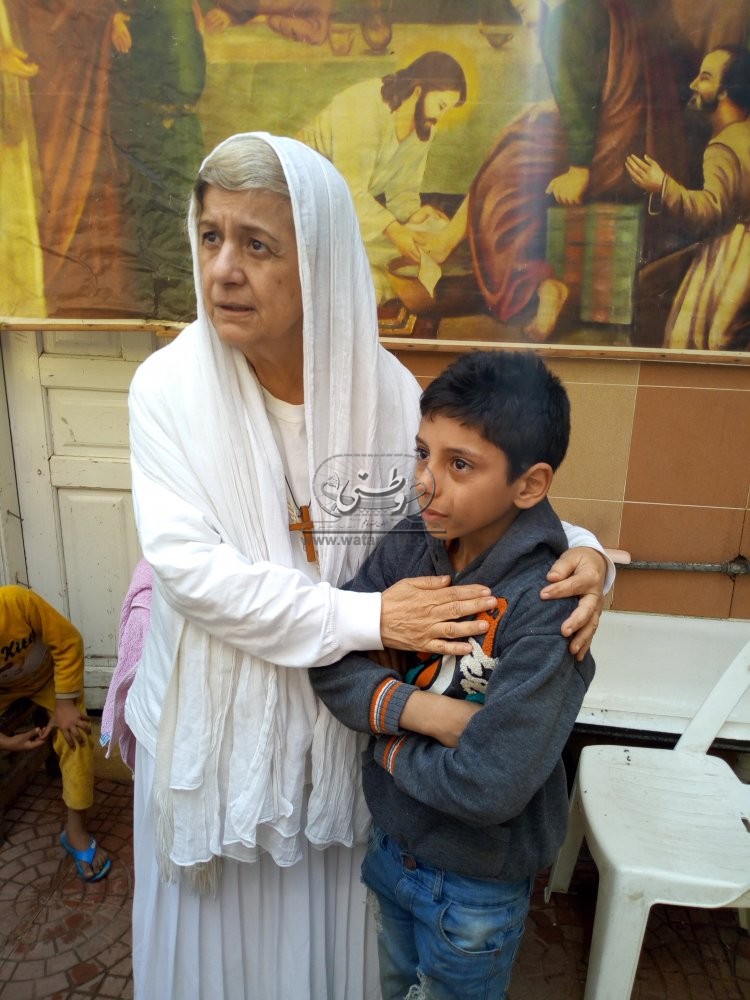 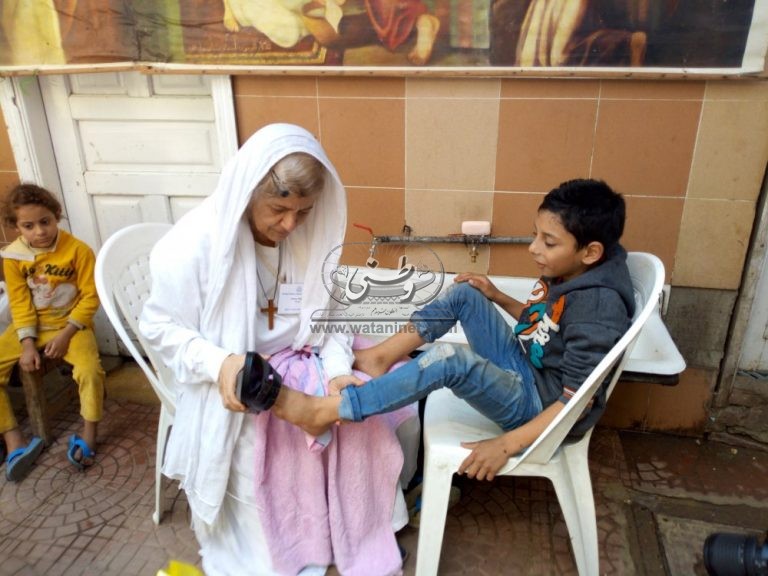 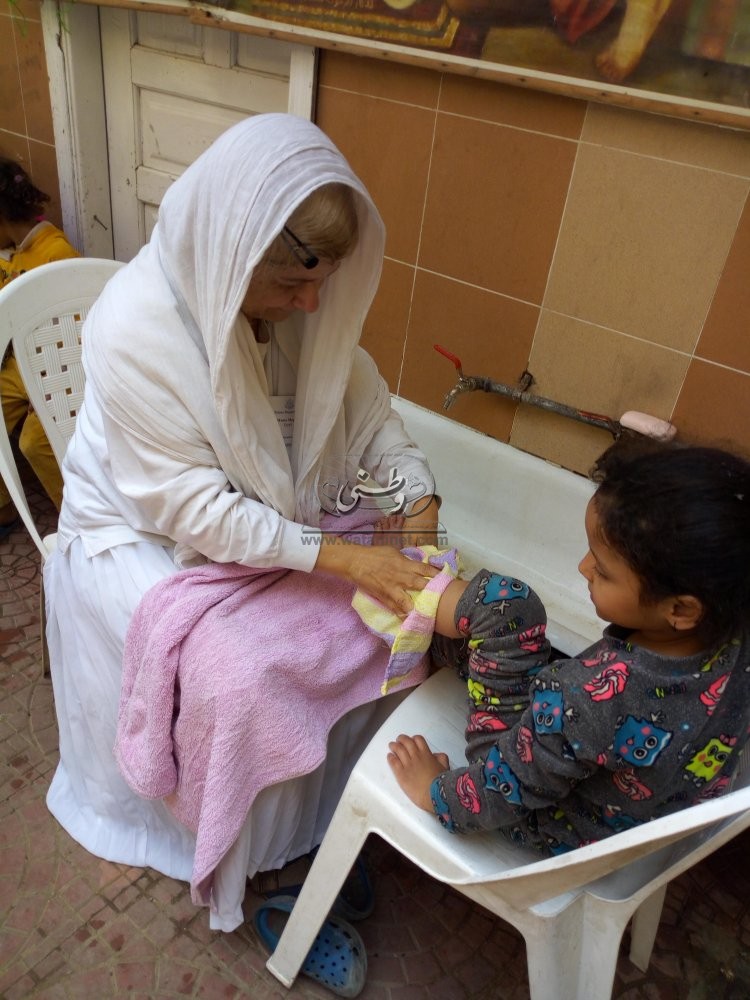 Mama Maggie’s real name is Magda Gobran, but the name Mama Maggie was spontaneously bestowed upon her by the people she loves and serves; she is also known as Egypt’s Mother Teresa. In the early 1980s Gobran, who came from a respected Coptic family in the south of Egypt, gave up a vivid social life and successful career as a college professor, and started volunteer work with Egypt’s garbage collector community in Manshiyet Nasser on the foothill of Muqattam on the eastern outskirts of Cairo. In 1985, she founded and managed the non-profit charity Stephen’s Children, which began as a small Cairo enterprise but extended to cover destitute slum and village communities all over Egypt, offering care to more than 30,000 children and their families.

This was not the first award Mama Maggie received. During a Mothers Day celebration in Cairo in March 2018, President Abdel-Fattah al-Sisi honoured Mama Maggie among 42 ‘heroic’ Egyptian Mothers. A few weeks earlier, she had been honoured with the Charles W. Colson Courage and Conviction award from Biola University in La Mirada, California. And in November 2018, in a mega celebration held in Kuwait, Mama Maggie was granted the Award for Human and Civil Services by Takreem (Honouring) Association for her outstanding activities in the field of humanitarian service and development for the poor and needy. In 2017 she had received the Arab Hope Makers Prize by the Emir of Dubai, Sheikh Mohammed bin Rashid Al Maktoum. 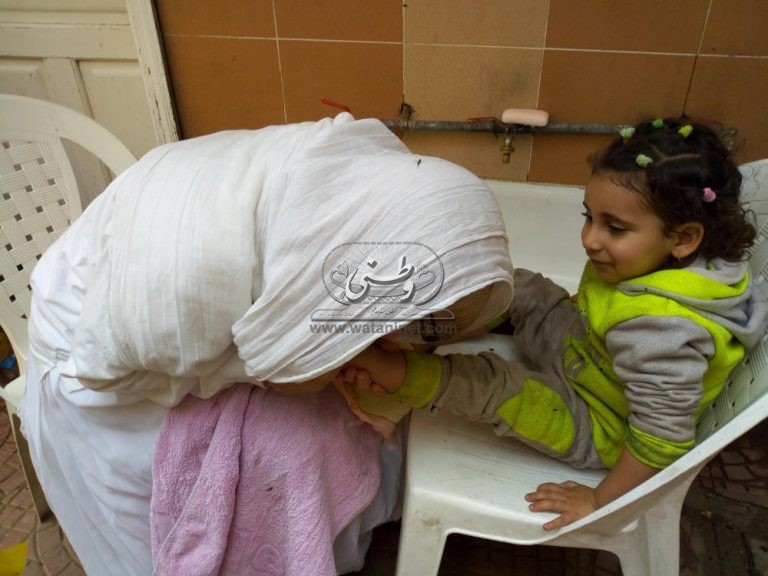 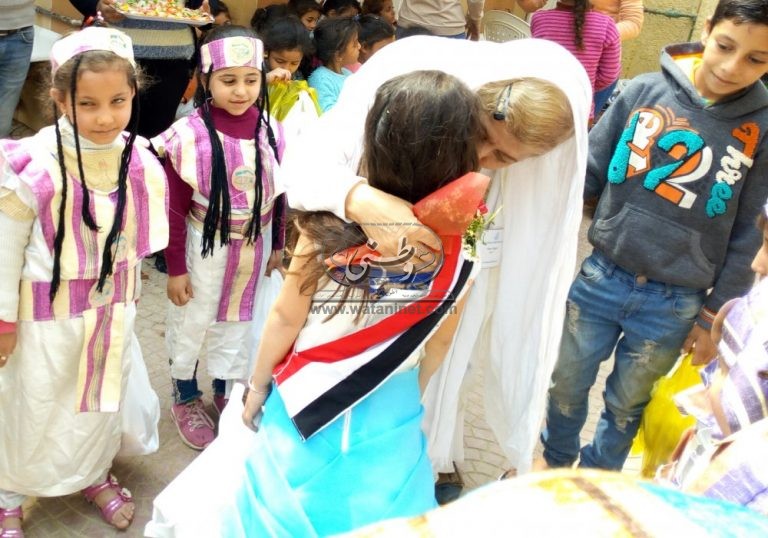 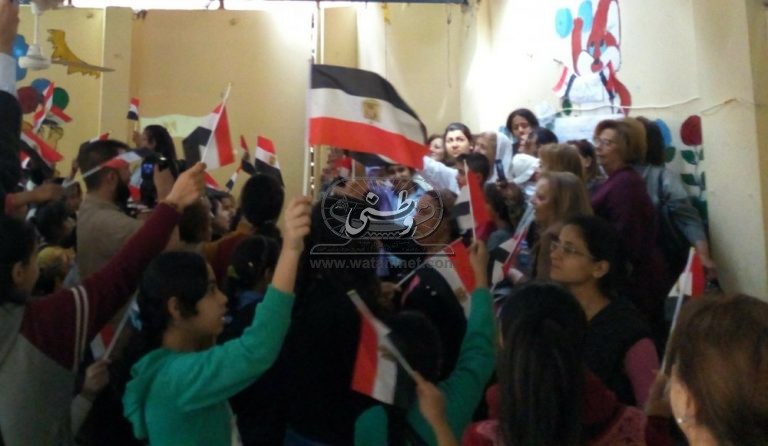 Mama Maggie’s recent return home from the US where she had received her IWOC award prompted a jubilant welcome event at the zabaleen district of Manshiyet Nasser. The children especially rushed to her, one 10-year-old ran directly into her arms and nestled there. She tenderly listened and talked to him, then washed his feet—a deed she has become famous for doing. She also washed the other children’s feet, and gave them new shoes and candy.

The Samaan centre in Manshiyet Nasser organised a celebration for Mama Maggie; it included an exhibition of paintings by the children, and another of the leather products that they had learned to make. The children played, sang, and danced for their beloved honoree who made a point of celebrating a collective ‘birthday’ for the children born in March and April. The happy day concluded with everyone eagerly singing the national anthem as the children raised Egypt’s flags high.

At the International Women of Courage Celebration Mama Maggie had attended in Los Angeles before heading home to Cairo from the US, she had encouraged the capacity crowd with: “Each one of you is a hero. Give it time to think how you can get this hero out to serve the world.”

Obviously, her Stephen’s children are the heroes she is sending out to the world. 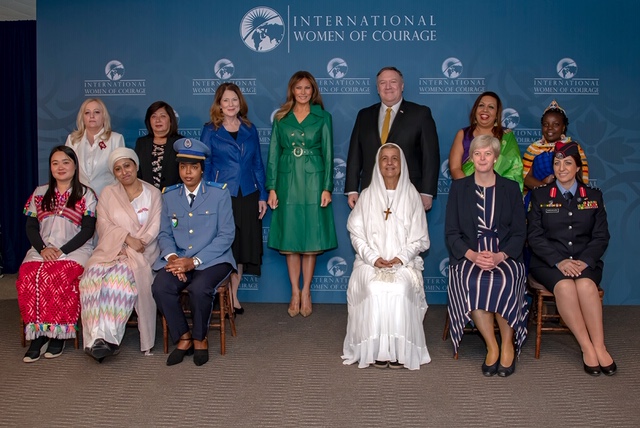 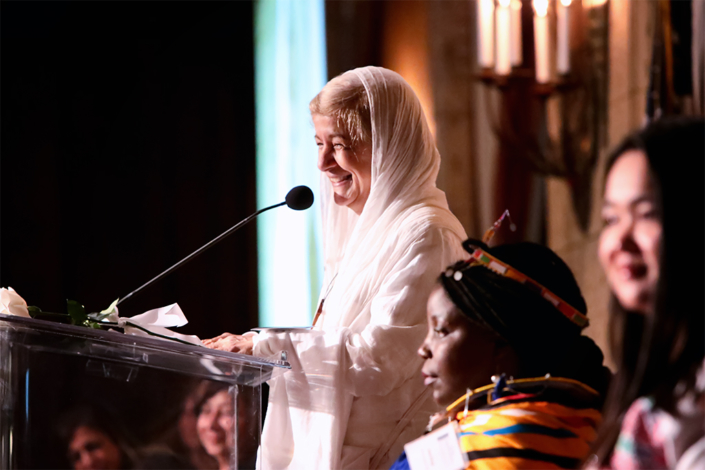 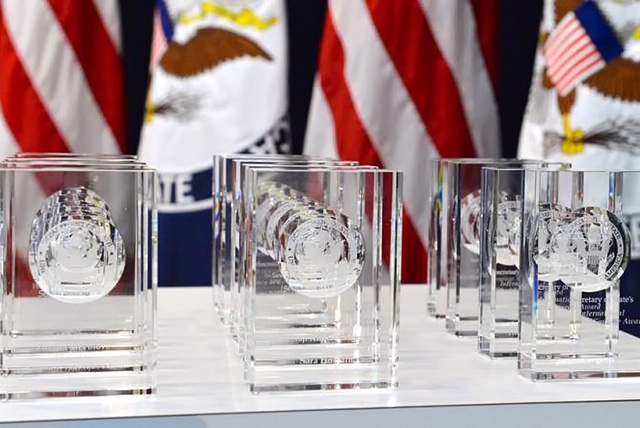 For an extensive interview with Mama Maggie in which she talks about her beginnings, family, and work:

Voice of the voiceless