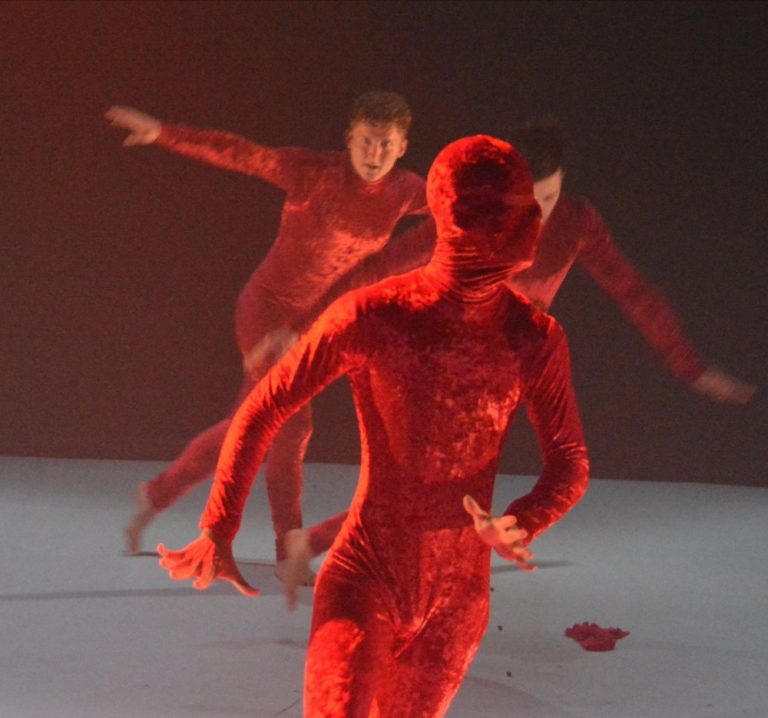 “Do we have to speak the same language to understand one other and be friends?” The question was posed through performances presented in the 9th edition of Hakawy (literal for ‘Stories’ as in storytelling in Egyptian vernacular) International Arts Festival for Children which was held earlier in March in Cairo, Alexandria, and Minya. 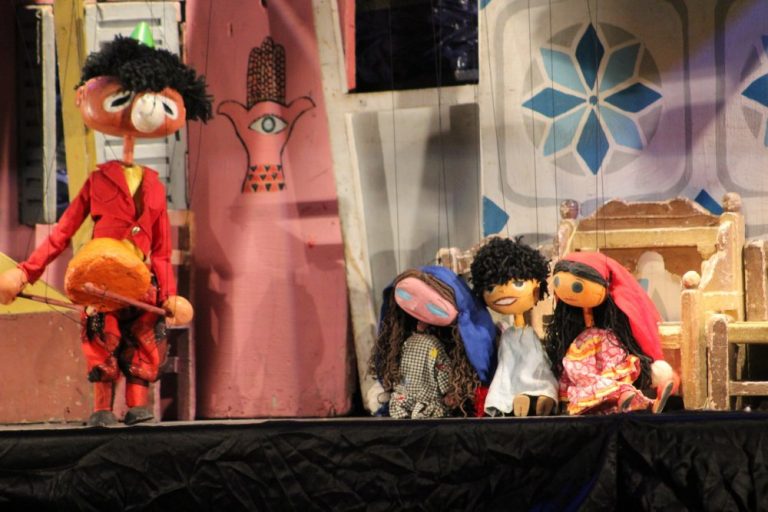 The festival opened at al-Hanager Centre at the Cairo Opera House. Egypt’s Culture Minister, Ines Abdel-Dayem, opened the event, together with the UK ambassador to Cairo, Geoffrey Adams; and ambassadors of the countries participating in the festival. 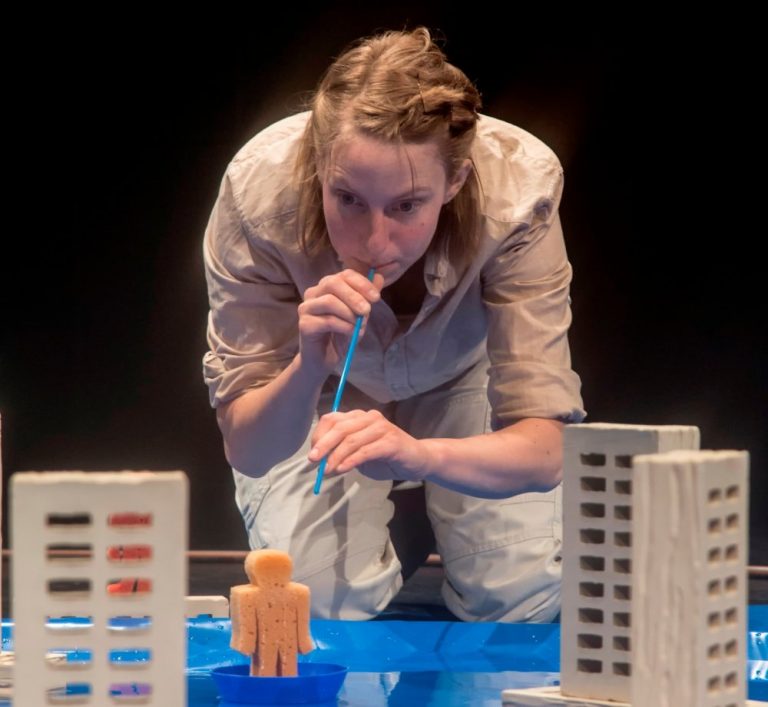 Nagy Shaker, the godfather of puppet theatre in Egypt who passed away in August 2018, was honoured by the festival; his widow was handed the award during the opening ceremony. 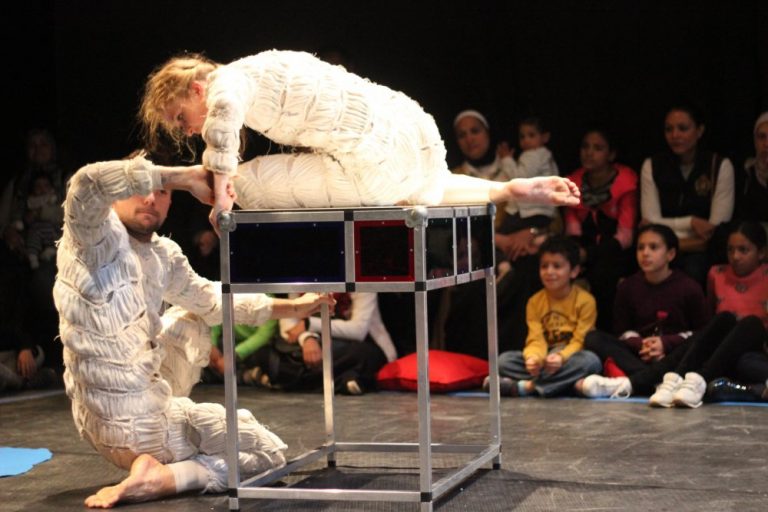 The two-week festival opened with the Egyptian iconic marionette musical al-Leila al-Kebira (The Grand Night) which was first produced in the 1960s, but rose to be a classic. It was written by Egypt’s brilliant vernacular poet Salah Jahin (1930 – 1986) who was also a lyricist, playwright and cartoonist, with music by Sayed Mekkawi, a prominent and highly popular singer and composer (1927 – 1997) whose works derived mainly from Egyptian folk music. The musical depicts a typical Egyptian mulid, a folk celebration of a saint or holy figure, with all the crowds and traditional street entertainment involved. 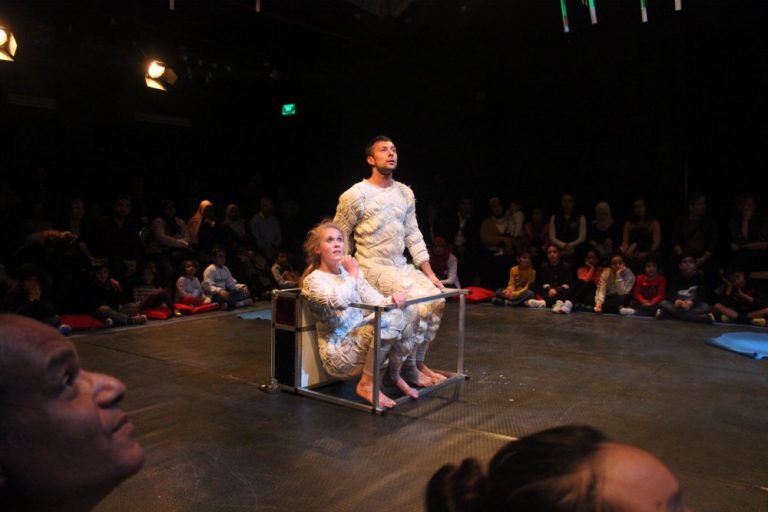 This year’s festival featured eight shows from the UK, the Netherlands, Germany, Denmark, France, and the US; and nine Egyptian performances. A variety of activities were scheduled on the sidelines of the shows: seminars and workshops, as well as the ’mobile library’ activity which featured interactive storytelling with the children and which was sponsored by Misr al-Kheir Foundation.

The stunning performance “Jabber” from The Netherlands, supported by Dutch Performing Arts and the Embassy of the Netherlands in Egypt, attempted to discover the answer to the question: “Do we have to speak the same language to understand one other and be friends?”. 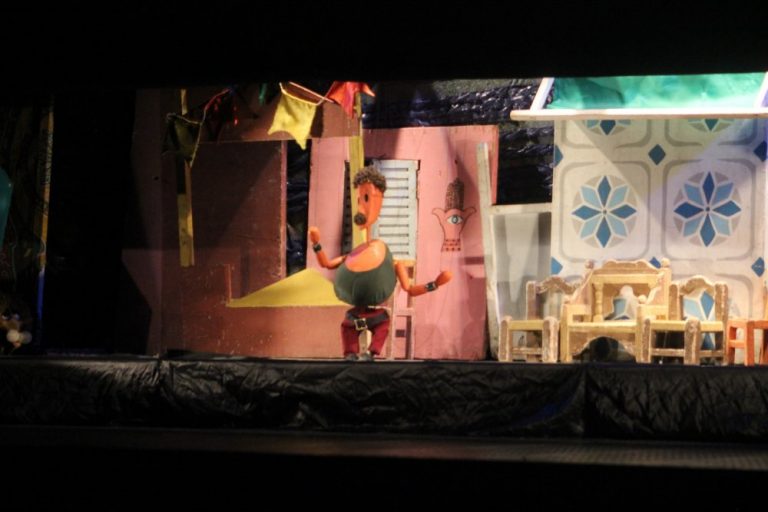 Part of the Dutch show, EGGtion Hero, was made in partnership with the Egyptian team of Megawra (Neighbourhood), rendering it easily accessible to children of underprivileged Cairo districts.

For the first time in Egypt, a special show was performed for autistic children. The “Storm”, based on Shakespeare’s masterpiece “The Tempest”, was performed by Bamboozle Theatre (UK) nine times at al-Hanager Theatre, and twice at the Bibliotheca Alexandrina Arts Centre, targeting audience of up to 6 children per show. 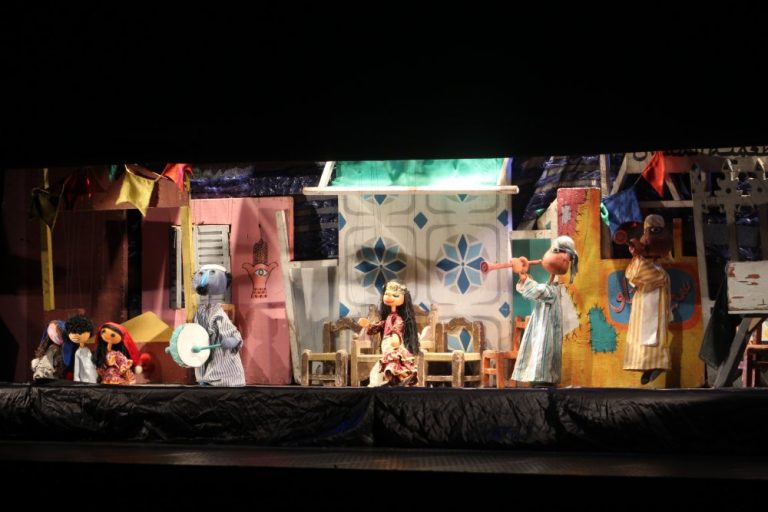 Sponsored by the British Council in Egypt, a seminar about ‘Autism in Egypt’ was held also at al-Hanager with Christopher Davies, artistic director of Bamboozle Theatre Company, exploring the theatre’s experience in performing for autistic kids. 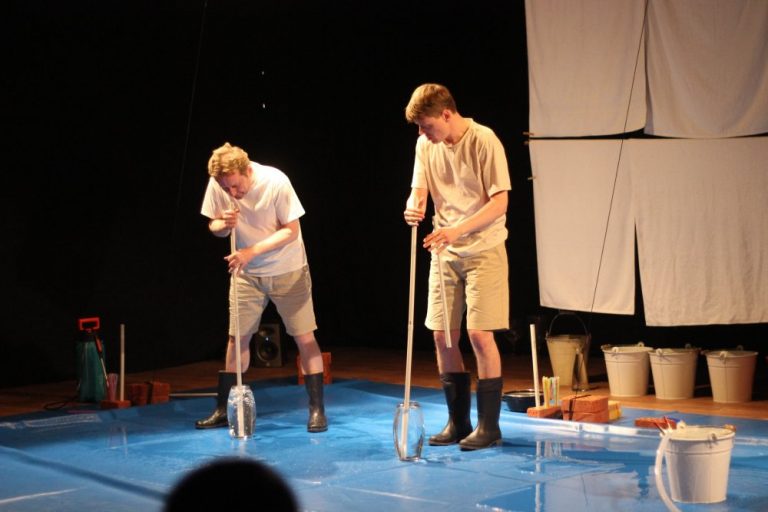 Among the Egyptian shows and workshops held in the festival were “Esma3ni” (Listen to me) by the Goethe-Institute in Alexandria; Tahteeb, the traditional stick dance that goes back to ancient times, by al-Warsha’s Medhat Fawzy; “Home” by Hend al-Shiemy; and “Elephant in the Room” by Isra’s al-Ghazali, which discussed the existence of an obvious problem or risk which everyone is in denial about.

“Dil Hekaya” (This is the Story) performed by Samia Jaheen in colloquial Arabic, connected a number of fiction stories with Egyptian folklore.