It’s not that Egypt didn’t have a public healthcare system. There has been one in place since the 1960s, but it has always been criticised as substandard. Not only does it merely cover a fragment of the population: only pre-school and school children, and government employees; but it also offers health services riddled with the inadequacies of being severely underfunded, understaffed, and under-equipped. Even though it covers some 58 per cent of the population, only an estimated 6 per cent actually use the services.

Given that Egypt is a developing country with a population close to 100 million, the majority of whom are uninsured and unable to afford adequate health care or insurance, the road to universal affordable, comprehensive, quality healthcare appeared especially daunting.

Yet Egypt has embarked on just such a project.

Last year, in his speech addressing the sixth National Youth Conference held at Cairo University on 28 – 29 July 2018, President Abdel-Fattah al-Sisi announced that a universal healthcare insurance system would be implemented in Egypt. He had already declared when he was elected in June 2018 for a second term as President of Egypt that, topping his agenda for the new term were health and education reform. 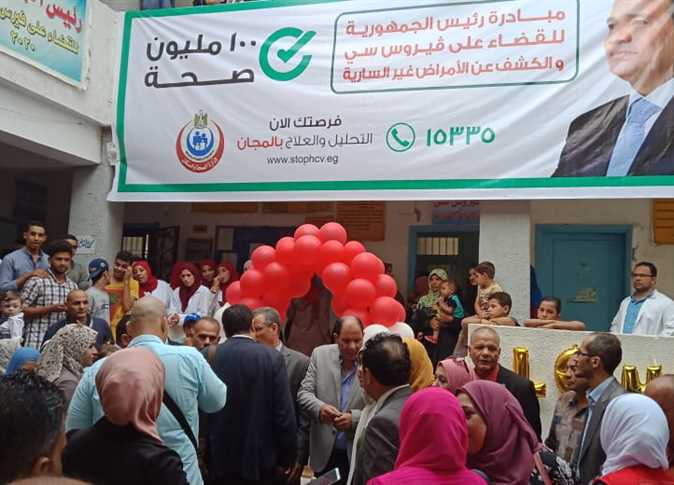 In the run-up to launching the first phase of a new universal healthcare system, Egypt’s Ministry of Health worked on a number of major initiatives last year: Among them was one for the elimination of patient waiting lists for surgery and critical medical interventions within six months; another secured the provision of stocks needed for infant formula and vaccines. A third was concerned with moving forward with the 100 Million Healths campaign inaugurated in 2018, which involved a comprehensive survey and treatment of Egyptians’ most prevalent maladies: Diabetes, Hypertension, and Hepatitis C virus. A fourth involved a nationwide campaign for early detection and treatment of breast cancer. Others concerned the health of schoolchildren, and yet others centred on eye care or other aspects of healthcare. In all the initiatives, the Health Ministry performed brilliantly. The 100 Million Healths initiative successfully tested more than 53 million individuals up to May 2019, providing free treatment for Hepatitis C to 900,000 people.

The first phase of Egypt’s new universal healthcare insurance system was launched on 1 July in the Mediterranean coastal city of Port Said, which sits at the northern tip of the Suez Canal.

Port Said ranks among the most developed cities in Egypt; it is the capital city of the governorate that carries its same name. It ranked second among Egyptian cities in the Human Development Index for 2009 and 2010. At some 600,000 it is not densely populated. The economic base of the governorate is fishing and industries including chemicals and processed food; and is a thriving port of export for Egyptian goods such as cotton and rice, also a fuelling station for ships that pass through the Suez Canal. 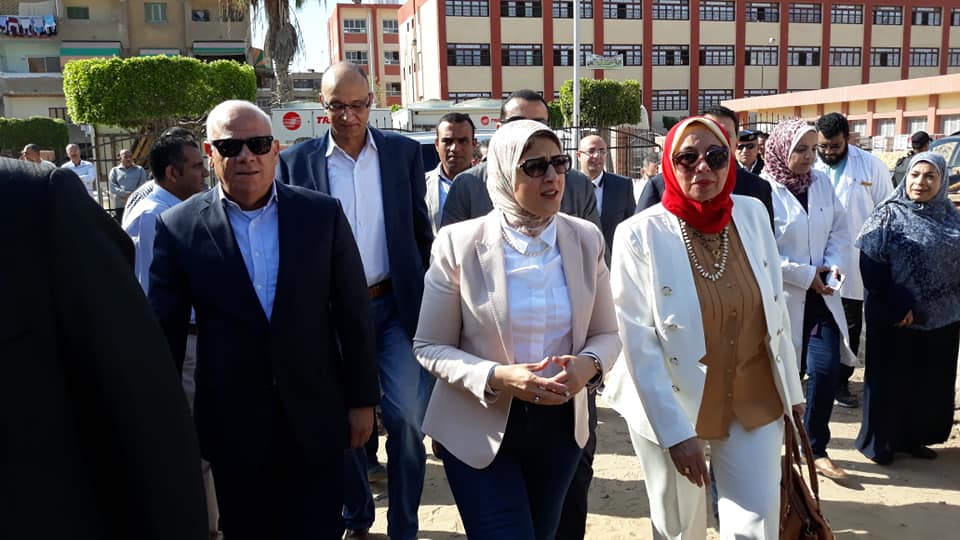 According to Egypt’s Minister of Health and Population Hala Zayed, the inauguration of the universal healthcare insurance system in Port Said starts with a two-month pilot phase that extends from 1 July to 1 September, and involves 20 family medical units and seven hospitals. The pilot phase will see quality medical services provided to users in accordance with Egyptian national standards; also completion of the digital data base, including user registration.

Port Said is just the spearhead for the universal health insurance system. The first phase extends till 2020 and includes Suez, Ismailiya, North and South Sinai. The second phase runs from 2021 to 2023, in the governorates of Aswan, Matrouh, Qena, Luxor and the Red Sea. The third, from 2024 to 2026, covers Beheira, Alexandria, Sohag, Kafr al-Sheikh and Dumyat (Damietta). The fourth phase extends from 2027 to 2028 and includes Assiut, the New Valley, Minya, Beni Sweif, and Fayoum; whereas the fifth phase runs from 2029 to 2030 and covers Daqahliya, Gharbiya, Sharqiya and Menoufiya. The sixth and final phase, from 2031 to 2032 covers Cairo, Giza, and Qalioubiya. 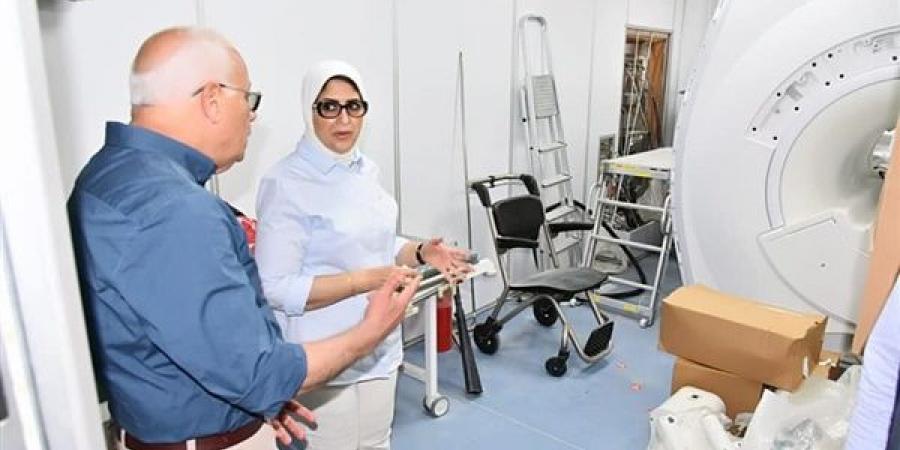 The Health Ministry will be the body coordinating efforts by the other ministries and official bodies involved in the universal healthcare system, these being the Planning, Communications, Finance, Social Solidarity, and Military Production ministries, as well as local governors, and the Authority of Administrative Control.

Dr Ismail explained that the new health system will be applied not only in Health Ministry hospitals, but also in teaching hospitals, private hospitals, and any hospital that applies to join the universal health insurance system and complies with its standards.

The new system, Dr Ismail said, will be fully digitised, not only where patients are concerned, but regarding doctors, nurses, local medical units and hospitals, and all aspects connected to healthcare. It does not, however, apply to general and preventive healthcare, ambulance services, family planning services, or services relating to epidemics or natural disasters. These, he said, were already provided to everyone by the State free of charge.

The starting point in the universal healthcare insurance system will be the family medical unit where the family doctor, a general practitioner, would examine the patient and make a referral to the adequate hospital. 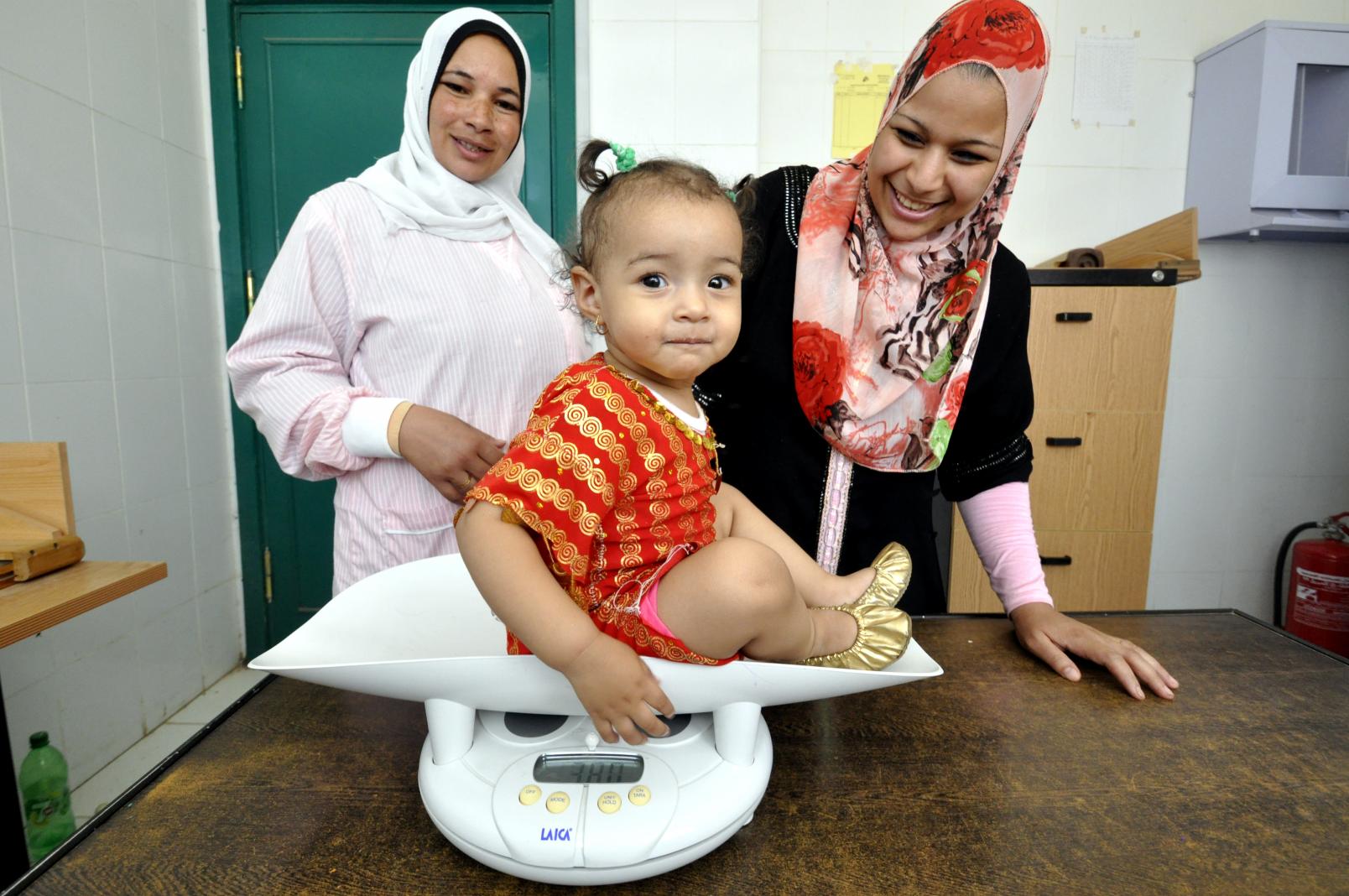 The universal healthcare insurance, Dr Ismail told Watani, will cover all individuals and all maladies, including those requiring surgery, kidney dialysis, oncological treatment, or any special medical service.

Dr Ismail said that the Authority was currently in the process of training huge numbers of doctors, nurses, and medical staff through programmes with Egyptian universities and with the National Health Service in the UK.

Subscribing to the new healthcare insurance system will be mandatory for all Egyptians residing within the Arab Republic of Egypt and optional for Egyptians working or staying with their families abroad. The government has committed to provide the policy free of charge to approximately 25 per cent of the population who cannot afford it.

Under the old healthcare system, an employee paid one per cent of the insured salary as a premium, and the employer paid an additional 4 per cent. Under the new system, the same percentage will be deducted from total income. Self-employed individuals will pay 5 per cent of their incomes according to their tax returns.

All of the above will pay an additional 3 per cent of their income if they have a spouse who either is not working or does not have a stable income, as well as a further 1 per cent for each of their children and dependents. 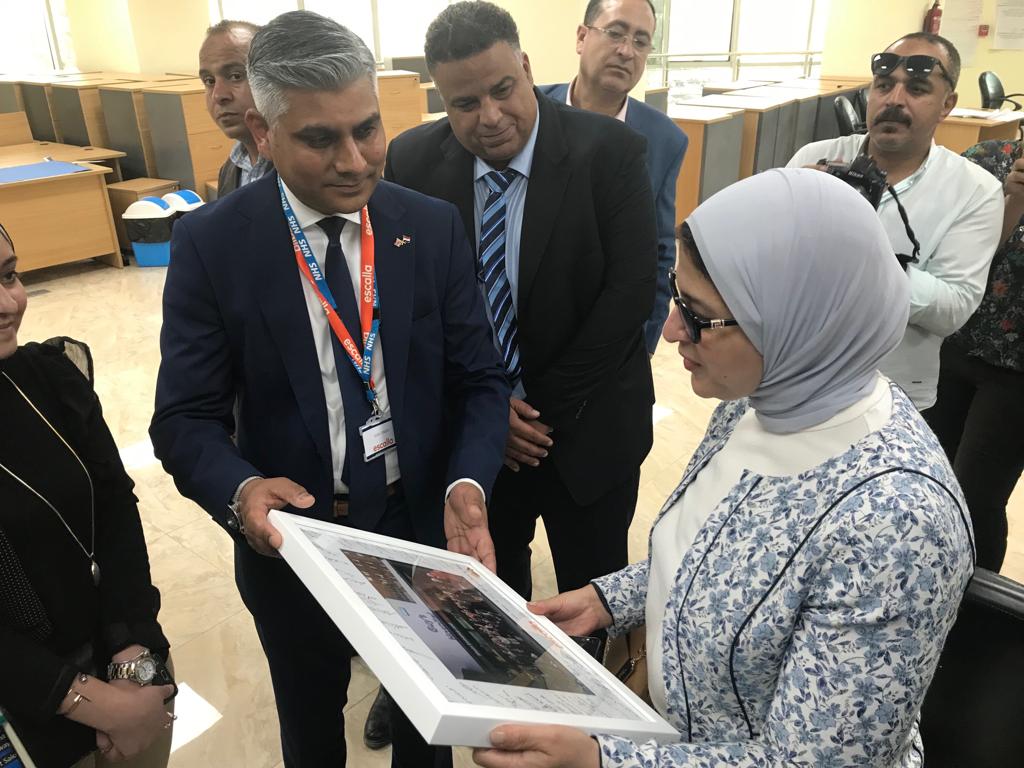 A set of new taxes will also go towards financing the new system. Public and private companies of any size will have to pay a 0.25 per cent tax on their revenues to help fund the system, and hospitals, food and pharmaceutical companies will need to pay a tax of 0.5 per cent. New clinics and pharmacies applying for licence will pay fees between EGP1000 and EGP15,000.

Other means of funding will be fees on issuing and renewing drivers’ licences, toll fees on highways, and a tax of EGP 0.75 on cigarette packs and a 10 per cent tax on tobacco products.

It is anticipated that individuals will pay between an estimated EGP1300 and EGP4000 a year, excluding those under the minimum wage. Estimates of the total cost of implementing the new law vary, but media reports indicate that it may cost up to EGP600 billion by the year 2032.

Dr Ismail told Watani that, in addition to Egyptian financing, the universal healthcare system would need to be supported by international donors. Japan, he said, will grant Egypt not only financial support, but help in the form of medical equipment and apparatuses, and outfitting hospitals. The Agence Française De Développement (AFD) is chiming in with 31 million Euros, and India is supporting the digitisation of the universal healthcare system through Egypt’s Ministry of Communications.

Dr Zayed has stressed that people should ensure that they are registered with the family medical units. Dr Ismail explained that every person should head, together with family members, to the unit closest to his or her home where they would be given a full medical examination. A file would be opened for each, and added to the data base. They would be given the name of their ‘family doctor’ and informed of the steps to take should they need any medical care. A hotline is being set up for queries or emergencies. 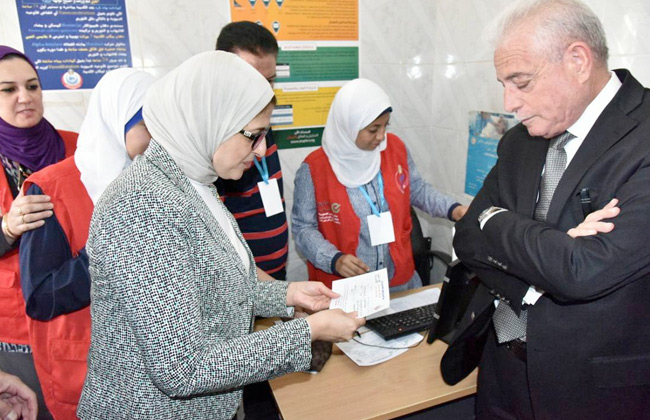 There can be no question that the universal healthcare insurance system brings hope to all Egyptians that the age of quality healthcare for the wealthy alone may well be approaching its end. Yet only implementation of the new system will show how true this is.

On the first day of July, once the universal health insurance system was implemented on a pilot basis in Port Said, a happy event occurred at the Obstetrics and Pediatric Hospital there. The baby girl Joumana Rabie Aly Saad was the first to be born there under the new system. Her mother had been admitted into hospital and was delivered of the baby.

Watani’s correspondent in Port Said Nermine al-Zahar talked to Joumana’s mother who expressed happiness with the care she had received. “I thank God, she said, “that everything went so smoothly and swiftly. The hospital administration required only my card, we paid nothing my husband and I. In a few minutes I was in the delivery room, and this lovely baby was born.”