The birth anniversary of Boutros Boutros-Ghali (1922 – 2016), the famed Egyptian politician and diplomat who rose to be Secretary-General of the United Nations from 1992 to 1996, was marked by the Egyptian National Council for Human Rights (NCHR) which he had spearheaded in 2003, and in the annual celebration of the Kemet Ghali Foundation for Peace and Knowledge in Cairo.

At the premises of the UN Human Rights Council in Geneva, the NCHR held an event to commemorate Dr Boutros Ghali. Attending were ambassadors, human rights figures, and EgyptIan Cabinet Ministers. A number of EgyptIan ambassadors gave speeches, including Alaa Youssef and Ehab Gamaleddin. They spoke of Dr Boutros-Ghali’s role and how their generation’s political awareness was formed and shaped through the magazine “al-Siyassa al-Dawliya” (International Politics) whose editor-in-chief was Dr Ghali.

The speeches closed with a word by President of Egypt’s National Council for Women (NCW), Maya Morsy, who focused on Dr Boutros-Ghali’s who service to his country and all mankind.

The Kemet Ghali celebration witnessed participation of Egypt’s Minister of Social Solidarity, Ghada Wali; and Egypt’s Minister of Emigration and Egyptian Expatriate Affairs, Nabila Makram; as well as a number of foreign ambassadors, representatives of international organisations and members of the Kemet Foundation. The foundation was opened in 2018. Kemet is the ancient name for the land of Egypt.

Dr Wali gave a word in which she remarked that the Kemet Ghali foundation adopts an exceptional role in that it celebrates the values of peace, knowledge and scientific excellence.

She expressed pride in participating in the commemoration of Dr Boutros-Ghali as a figure who left an undying imprint in Egypt’s history. Describing him as “the saint of peace, the wise man of Africa, and the engineer of the Camp David peace treaty between Egypt and Israel,” Dr Wali went on to say that the famous diplomat had carved for himself an enviable niche in the hearts of Egyptians and Arabs, on account of his contributions to global peace, justice, and human rights. [http://en.wataninet.com/features/in-tribute-to-boutros-boutros-ghali-1922-2016-inaugurating-kemet-ghali-foundation-for-peace-and-knowledge/26560/] 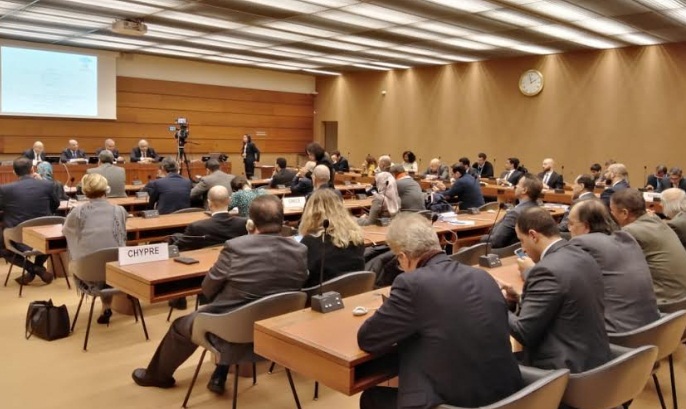