The dance scene in Egypt has lost a unique and legendary folk dancer and choreographer, co-founder of Reda Troupe for folk dancing, Mahmoud Reda (1930 – 2020). He passed away in Cairo on 10 July 2020 at age 90.

On her Facebook page, his only daughter, Shereen, wrote: “My father passed away few hours ago. Because of coronavirus, receiving condolences are restricted to family members. And his burial place will not be announced for the same reasons.” 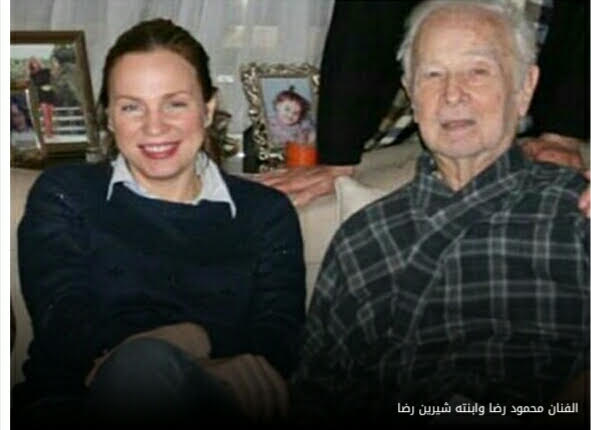 Mahmoud Reda was born into a middle class family where the father was a writer and chief librarian of Cairo University. Together with his wife, they raised a family that was immersed in cultural heritage and in step with the modernism that was sweeping Egypt at the time. Mahmoud was the eighth among nine brothers. He graduated in 1954 with a degree in Commerce from Cairo University.

The family pursued athletics and were musically inclined. The environment in which Mahmoud Reda was raised was instrumental in fostering his passion for dancing. His physical attributes—he was a member of the gymnastics team representing Egypt in 1952 Helsinki Olympics—moreover, helped further his abilities as a dancer.  But for real skill, he turned to his older brother Ali Reda (1926 – 1993) who, in the 1950s, was already an experienced man in the world of show business. At the age of 16, he was winning prizes in ballroom dance events and competitions that were popular at the time, excelling in such dances as the swing and jitterbug. He later turned his career towards filmmaking. 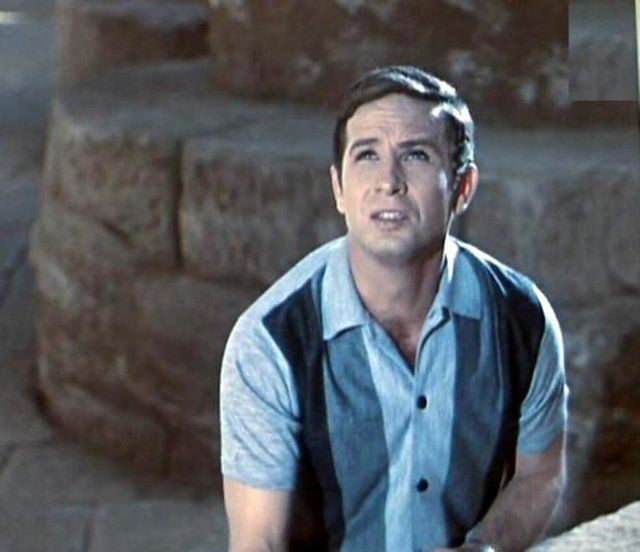 Hassan Fahmy was a professor of production engineering at Cairo University. He was an uncommonly broad-minded man who, together with his wife, believed in nurturing the artistic and musical gifts, as well as the sporting activities of his two daughters, Nadeeda and Farida. He discovered Farida’s interest in dance and her gift for it, and withstood the raised eyebrows of the academic circles and the outright criticism of family elders when he allowed her to become a professional dancer. In so doing, he played an important role in legitimising the status of professional dancing at a time when it was deemed a disreputable profession.

It was a happy coincidence that brought together the Redas and the Fahmys. The marriage of Mahmoud Reda to Nadeeda in 1955, and the marriage of Ali Reda, three years later, to Farida further strengthened their common interest in the traditional Egyptian dance. They banded together to realise the project that would materialise their love and respect for the dance. In 1959, the Reda Troupe for folk dancing was born. 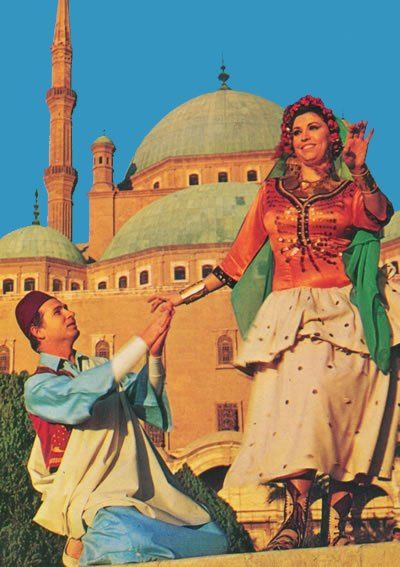 Mahmoud Reda became the troupe’s choreographer and lead dancer. He toured the Egyptian countryside, coastal and rural areas in the Delta and Upper Egypt to learn about the folk dances in each of them. Farida, by then Ali Reda’s wife, became the first female dancer of the troupe after the sudden death of the then widely popular dancer Naïma Akef who had been originally intended as lead dancer in the troupe.

Nadeeda Fahmy was of delicate health since childhood and had turned to painting for artistic expression. She inspired and encouraged Mahmoud Reda to pursue his dance ambitions, and designed the costumes for the troupe’s earlier shows, which were so innovative that they are still copied by others to this day. Dr Fahmy’s wife, Khadiga, supervised the execution of the costumes, later managed the growing costume and prop department, and acted as chaperone to the female dancers.

Nadeeda died of rheumatic heart disease in 1960. Later, Mahmoud married his second wife Rosa, a Yugoslav ballet dancer with whom he had a daughter, Shereen who is today an actress.

The Reda Troupe founded by Ali and Mahmoud Reda ran on a small budget. It included six female dancers, six male dancers, and twelve musicians, all university graduates. The troupe presented its first performance on Azbakiya Theatre in Downtown Cairo, and was very well received by audiences; Egyptians were exhilarated by the ‘new’ dance style. Suddenly ‘oriental’ dance—as opposed to western dance—had much more to offer than the sensuous, harem-style belly dancing. Dance gained a good name and, even much better, it addressed Egyptians fluently and seamlessly since, after all, it was all about their roots. 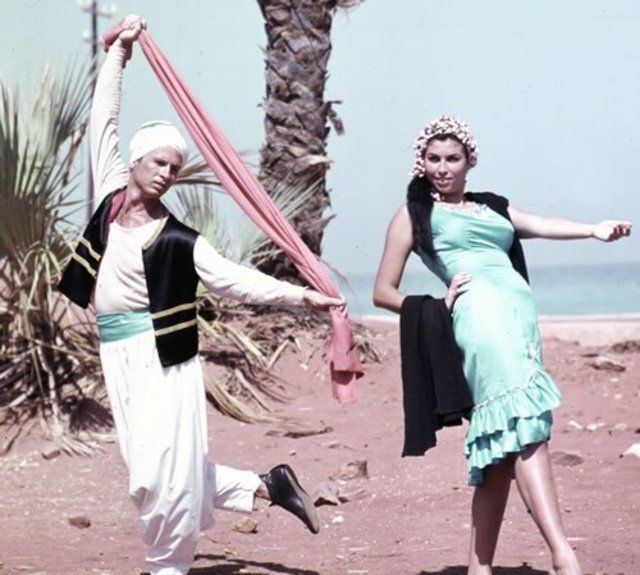 Ali Reda’s earlier experience in show business and his strong personality became important factors in regard to the successful development of the troupe. One key decision that he made was introducing the innovative and extremely appealing music of composer Ali Ismail (1922 – 1974) to the Reda Troupe. Ali Ismail blended western instruments with traditional Egyptian instruments, and presented traditional music with a new and fresh approach. He was an important asset to the troupe and soon became a renowned composer in Egypt. 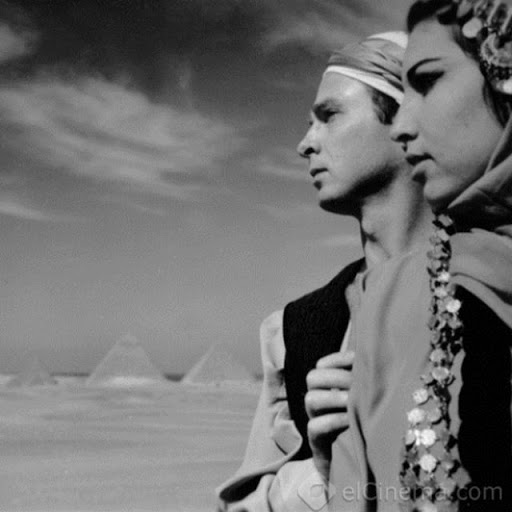 In 1961, complying to the troupe’s request and because of scarce funds, the Reda Troupe was put under the auspices of the Ministry of Culture, but remained managed by the Reda brothers.

By the mid-1970s it included 150 members; dancers, musicians and costume and stage technicians. The repertoire of the troupe included more than 150 dances that ranged from duets to three-act dance dramas with more than thirty dancers on stage at a time.

Mahmoud Reda started a journey into the world of film in 1949 when he played the role of a dancer in the film of Ahebak Enta (Love you), which was followed by secondary roles—as a dancer—in other films. Then in the 1960s, the troupe featured in two films directed by Ali Reda, Agazet nos al-sana (The Mid-Year Holiday) and Gharam fel Karnak (Love in Karnak), in the genre of musical comedy. These films are now regarded as pillars in the history of Egyptian cinema. The scenes of Love in Karnak were shot in Luxor. 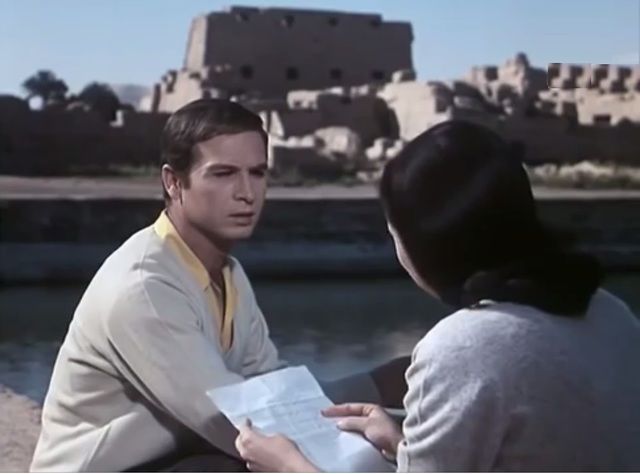 Among the troupe’s most famous dance dramas were Wafaa’ al-Nil (Faithfulness of the Nile), Ali Baba wel 40 harami (Ali Baba and the 40 thieves), Rannet al-Khulkhal (The sound of the anklet), and al-Nay al-Sihry (The Magic Flute). Al-Zaffa (The Procession) depicts the bride’s procession and her gown in many districts in Egypt, each with its particular traditions and wedding rituals.

The Magic Flute is a charming operetta which depicts the love of a young peasant for the daughter of the mayor who, when he discovers it, orders the young man out of the village. But he eventually returns, this time with a magic flute that makes anyone who hears it dance to its tune. The cross mayor, played with brilliance by Mahmoud Reda, finds himself dancing to the flute. The dance cures his ailing back and he agrees to the marriage of the lovers. The operetta includes some unforgettable songs and dances, as when the furious mayor shouts the young man out and exits the scene in anger; all the young men and women of the village mockingly reiterate his angry words: “Clear off; clear off; you won’t get away with what you’ve done,” then describe him in the worst light any Egyptian can think of: “He’s come, stormy and blowing, like weather on a hot day”—the hated, hot khamaseen sandstorms. And no genius of a dancer could ever be equal to Mahmoud Reda’s stiff old man with a chronically bent back whose bones begin to move, squeaking and croaking, until he practically performs some awkward, totally unusual dance.

Mahmoud Reda received the first and second prizes for ‘the Nubia’ dance; and awarded the golden medal in Johannesburg festival in 1995. The troupe also won numerous prizes in folk festivals in countries such as Austria, Russia, England, Turkey, and Belgium, amongst others. The principal artists, Farida Fahmy, Mahmoud Reda, Ali Reda and Ali Ismail were decorated by King Hussein of Jordan in 1965, President Gamal Abdel Nasser in 1967 for services rendered to the State through art and President Burguiba of Tunis in 1973. 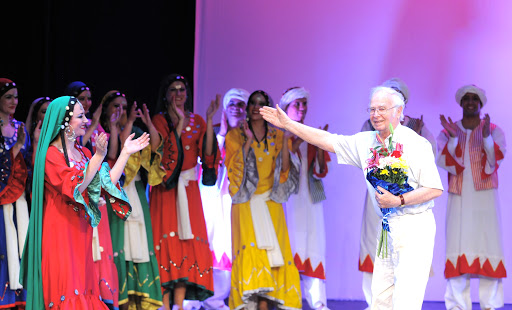 Mahmoud Reda will remain in the collective memory of Egyptians; a memory filled with nostalgia, admiration and pride.