Ahmed Safwat Abdel-Halim, Managing Editor of Watani till he retired in 2016, passed away on 23 July 2018 at age 86. Mr Abdel-Halim had joined Watani in September 1969 as an editor, and progressed on to Managing Editor.

Mr Abdel-Halim graduated in 1955 with a philosophy degree from Ain-Shams University. He embarked on a career in journalism during which he learnt the art of the profession at the hands of the masters, working for some of Egypt’s top papers and magazines including Akher Sa’ah, Al-Mussawar and Tabibak al-Khass. In the course of his career, Mr Abdel-Halim fought numerous battles against corruption and oppression.

In September 2007, to mark his 75th birthday, Watani asked Mr Abdel-Halim to share some of his memories throughout the 50 years or so he had spent in the press. He more than willingly obliged.

“At the end of the 1940s,” Mr Abdel-Halim began, “when Nahhas Pasha was Prime Minister, demonstrations erupted throughout Egypt following the submission of a draft law advocating partial press control. Nahhas Pasha promised the demonstrators he would not let the law pass, and he kept his word.

“But the times changed. Under Nasser’s rule, which stretched from 1956 to 1970, the real setback for Egyptian journalists began in 1960 with the press regulation resolution, which amounted to effective nationalisation, and journalists lost their freedom and capability of expression and became subject to the bylaws of the public sector.” Press freedom was only regained under former President Hosni Mubarak [who was in office from 1981 to 2011].

Collapse of the middle class

“In 1960,” Mr Abdel-Halim said, “Nasser enacted a succession of arbitrary nationalisation laws the results of which still reverberate. Among them, perhaps the most significant, were the agrarian reform laws which sliced the bigger estates into small plots of land and handed them over to new owners. Many of these new owners were unable to pay for the investment and experimentation required for agrarian development, the small size of their properties making any large investment economically unfeasible.

“The socialist laws resulted in a lopsided social pyramid, taking the bottom classes to the top, while intellectually they remained poorly informed and unenlightened. The upper class almost disappeared; the middle class crumbled, a real loss since the middle class embodies the community’s values and brainpower. Its loss created a huge void which was later filled by a poorly educated lower class.”

The 1973 October War with Israel, which led to Egypt regaining Sinai from the Israelis who had occupied it since 1967, holds a cherished place in the hearts of Egyptians; Mr Abdel-Halim was no exception. “A journalist’s position,” he said, “places him or her at the vantage point of seeing and knowing what others may not be able to detect. Following the October War of 1973, and while President Sadat was attending a public function, a young man holding something in his hands suddenly appeared before the president, who retreated a few steps backwards. The man, was immediately held by the president’s guard, and was discovered to be the head of the Suez Information Office and was just carrying some notes. Only the journalists nearest to Sadat could detect the look of fear in the eyes of the hero of the October War.

“I was a military correspondent in the 1973 October War. At one site I met hundreds of Egyptian army soldiers and officers who did not know if all of Egypt had been informed that they had actually crossed over into Sinai. They offered me an Israeli flag torn by Egyptian bullets.

“On my way to the battlefield I could see a number of army trucks carrying soldiers. A local peasant woman came along with a basket of fruit, which she apparently had been going to sell for a livelihood. When she saw the young soldiers going to war, she threw all the fruit to them and wished them a safe return.”

Following the October 1973 War, Sadat announced his ‘Open Door’ economic policy which marked the first steps on Egypt’s path towards a market economy. “At the time,” Mr Abdel-Halim said, “the Egyptian markets were flooded of quantities of a specific brand of canned meat. I was able to learn from reports of the Ministry of Health that these packs were not fit for human consumption. I conducted a press campaign in Al-Mussawar weekly magazine, which was followed by the recall of those products from the markets.

“During the 1970s I published a press report on instances of torture practised by the police; by then the courts were seeing compensation cases. The cases were dropped after the passage of a law which stipulated that security officials may only be put on trial following permission by the President of the Republic. Following the publication of my article, which was considered a document of public demand, the trials were resumed, and sentences followed.”

Mr Abdel-Halim also has memories of such press stars as Muhammad al-Tabie who established the ‘Akhbar al-Youm school’, and of Fikri Abaza, who was one of the very few to openly criticise the Nasser regime in al-Mussawar, following which he was suspended from writing. “There was also Antoun Sidhom founder of Watani which he considered a mission; Sidhom didn’t earn a penny from the newspaper and he used to cover losses from his own pocket. There was also Amina al-Saïd who was the first woman to hold a senior job in the press as chairman of al-Hilal Publishing House. She had absolutely no religious or social bias, and fought bitterly for the rights of the women and, later in her life when fanaticism showed its ugly head, for the rights of Copts. 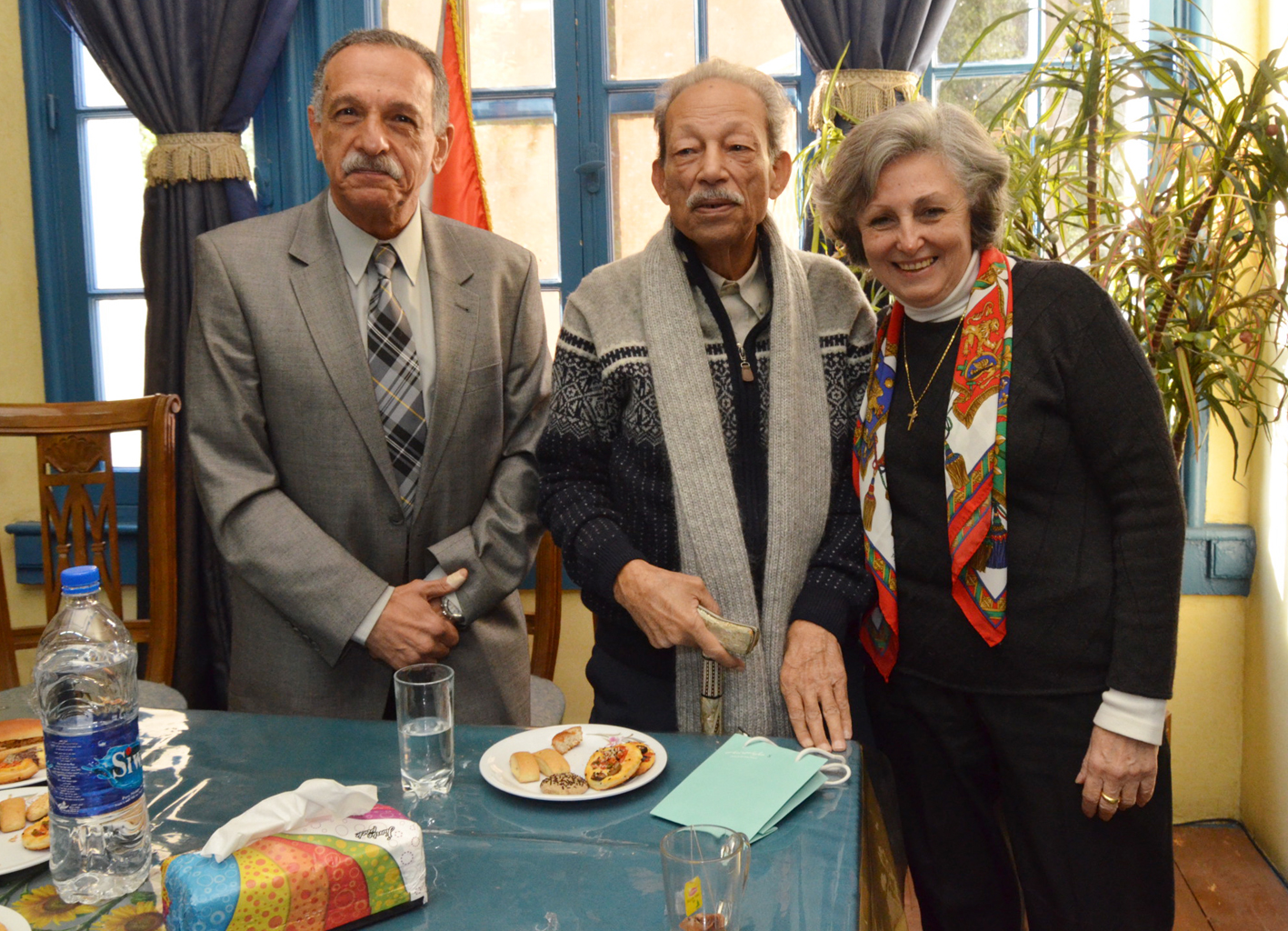