Today 6 December marks the arbaeen of my mother Samira Kamel Guirguis (1925 – 2019), wife of Antoun Sidhom (1915 – 1995) who founded Watani in 1958, and mother of Youssef Sidhom, Editor-In-Chief of Watani. She was also the grandmother of two other family members who now work with Watani: Dina Sidhom and Dalia Victor. Arbaeen is literal for Forty in Arabic, and denotes the passage of 40 days on the departure of a person. Celebrating the day is an ancient Egyptian tradition that was connected to the mummification process; it is honoured by Egyptians to this day. Copts mark it with Mass said in honour of the deceased.

To commemorate Mrs Sidhom, we reprint an interview with her conducted in 2008, Watani’s jubilee year. Two Watani reporters made the interview: Nadia Barsoum, editor of our woman and family page, and Dina Sidhom, who was then one of our young staff. Interestingly, Barsoum, forever the feminist, focused on the woman behind the newspaper, while Sidhom, who knew her grandmother inside out, concentrated on the stories behind Watani.

Samira Sidhom spoke to Watani on a beautiful, sunny morning at her home on the outskirts of Cairo. “I was born Samira Kamel Guirguis,” she said. “Although I was born, raised and educated in Cairo, my roots were in Upper Egypt. My father, who worked in the field of education, believed in granting his children the best possible education, so he enrolled me and my sisters at the American College for Girls in Cairo. It was his dream for us to go to university, but my mother, even though she herself had had a reasonable education, put her foot down and insisted that a university degree would stand in the way of our chances at marriage. And so it was that I did get married and never got that much-coveted higher education, but I always remained proud of the education I got; it prompted me on to the endless road of self-learning and sustained me and my family all my life. In 1948 I married Antoun and we had four children: Samia, Youssef, Wafeya and Nadia.” 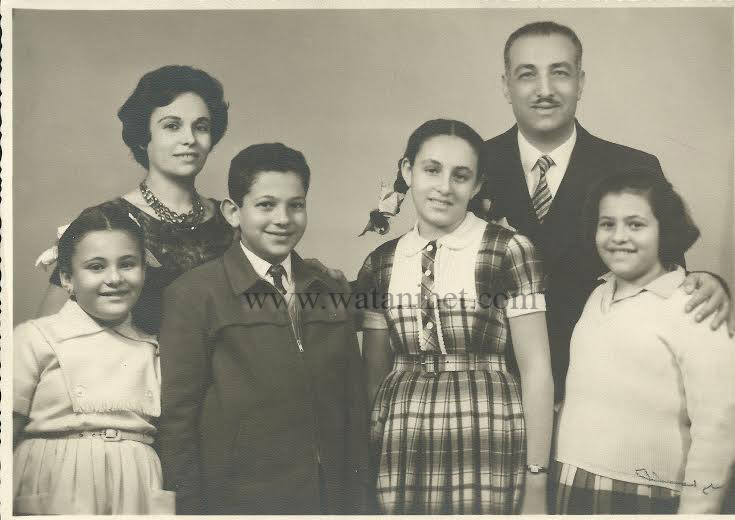 When we remarked that the wife is usually the decision-maker in the family, Mrs Sidhom laughed. “Oh no, this was impossible in our generation,” she said. “Antoun was conservative, but we communicated well and our discussions were fruitful.

“At home everything was organised and each of us respected the other’s role. We treated all our children alike, the boy and the girls, even though this went against the social norm at the time. Our children were also free to make their own decisions without interference from us. Before Youssef chose to study architecture, his father’s secret wish was that he study commerce so he could work with him in his accounting office. But Antoun never even mentioned this because he remembered how he himself couldn’t stand to study medicine as his mother had wished so hard for him to do.”

We asked Mrs Sidhom how Watani was conceived. “In the late 1950s the State had full control over the press,” Mrs Sidhom said, “Antoun felt that the Coptic voice went missing from the newspaper domain, and he thought of creating a paper as a stand for the Coptic, non-religious voice. For two years he studied and prepared his project. His goal was very clear from the beginning. I was never fearful or doubtful because I knew that Antoun was moderate, and was sure God would stand by him. When the first issue of Watani was out we felt really proud of the work.”

In 1960, Egypt’s president Gamal Abdel-Nasser issued the socialist decrees through which most private businesses were nationalised and private ownership highly restricted. “Antoun lost all his money,” Mrs Sidhom said. “He came from a middle-class family and was a self-made man; all his money was in shares and stocks of companies that were then nationalised and were assessed by the State to be worthless. His accounting office, which was among the first Egyptian accounting offices in Egypt, lost its bigger clients since all companies then became public sector and their accounts were handled by the Central Accounting Authority.” Mrs Sidhom sighed. “Yet never did Antoun lose his faith, he always said that ‘God has given, God has taken away, and His name will be blessed’. We worked hard at making ends meet without the children feeling the crisis. Together with two accountant friends Antoun established an accounting office in Tripoli, Libya, and used to shuttle between Cairo and Tripoli. God’s hand was with us and we overcame the crisis. 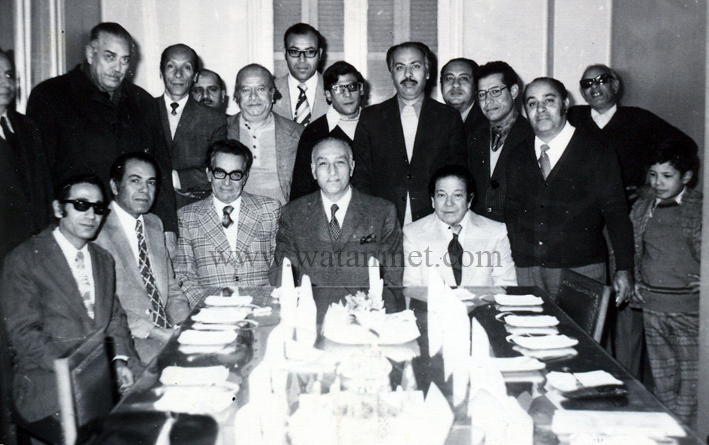 “All through, Antoun took great care that Watani should remain stable and strong. He had the best-calibre journalists manage the paper, and under them he had employed some of the first graduates of journalism in Egyptian universities.”

“The paper went on uninterrupted,” Mrs Sidhom recalled, “except when it was suspended, among other Egyptian papers in September 1981 when President Sadat cracked down on many intellectuals and political figures, whom he regarded as political opponents. At the time, we were in London on a business trip for Antoun. We were horrified and distressed at Sadat’s decision, and when we were back in Cairo a month later Antoun took the matter to court. Watani resumed publication in 1984 by court order.

“During this crisis Watani was suspended, but nevertheless Antoun insisted on paying all the people on its payroll. He politely rejected several offers of financial aid in order to maintain the paper’s independence. For him, Watani was not a mere project, it was a mission he was utterly dedicated to.”

Was Mrs Sidhom a critic of her husband’s writing?

“I always read Watani critically, and when Antoun began writing the editorial I became even more critical since I feared for his security, especially that this was a time when the security apparatus used to clamp down on critics of the regime. I prayed to God to protect him. His writings were very brave and daring at a time when censorship of the press was in its prime. He used to receive many threats, sometimes by phone and sometimes through telegrams or mail, I always tried to conceal my worry from him so as not to put more pressure on him. As for Antoun, he was convinced that since he was writing the truth he would keep conveying the Coptic voice to everyone and that God would always stand by him.” 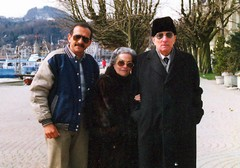 “Antoun was very happy when Youssef expressed a wish to join the team at Watani, because this had always been his secret wish. But he wanted Youssef to take the initiative so that he would have his heart in it. Antoun welcomed him and advised him to attend the Monday editorial meetings. For two years Antoun kept a close eye on Youssef until he was sure that Youssef had grasped the work at Watani so advised him to start writing if it was really his wish to remain with the paper. Youssef did start writing and remained beside his father at Watani until his last days. Since then he took over, a new Sidhom at Watani’s helm”.