Under the title “Bint al-Malek”, literally “The King’s daughter”, a cooperation protocol has been signed between Nasser Social Bank (NSB) and the Coptic Orthodox Church to foster cooperation between the two sides on social issues. The protocol was signed at the papal headquarters at St Mark’s Cathedral in Abbassiya, Cairo, in presence of Pope Tawadros II, patriarch of the Coptic Orthodox Church; and Nevine al-Qabbag, Minister of Social Solidarity Minister and Chairperson of the NSB.

The protocol was signed by Sherif Farouq, Vice-Chairman and Managing-Director of the NSB; and Anba Yulius, Bishop-General of Old Cairo Churches, and of Social Services. 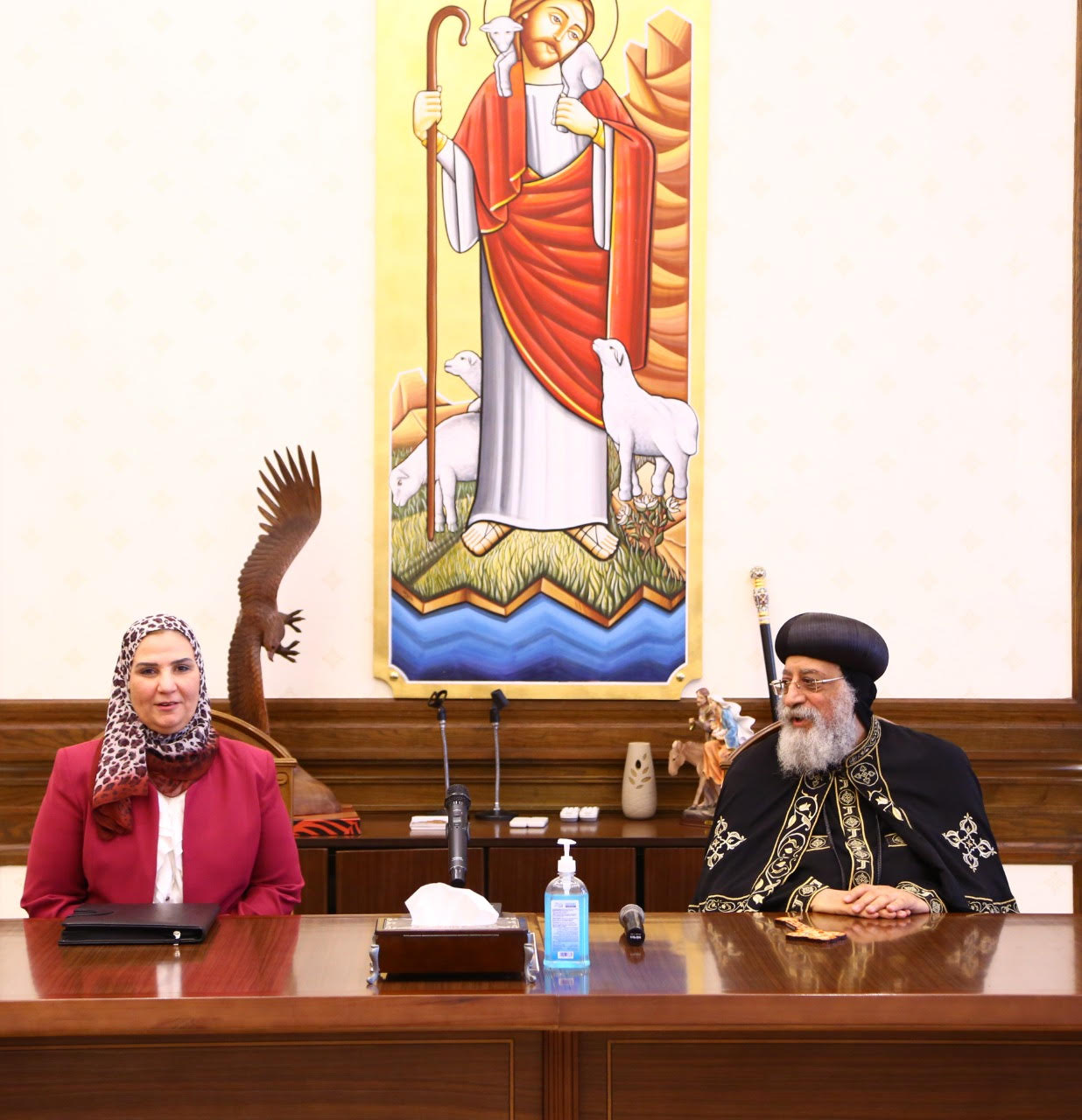 During the signing ceremony, and according to the NSB rules, the bank opened an honorary account for Pope Tawadros basing on the new partnership between the bank and the Coptic Orthodox Church. 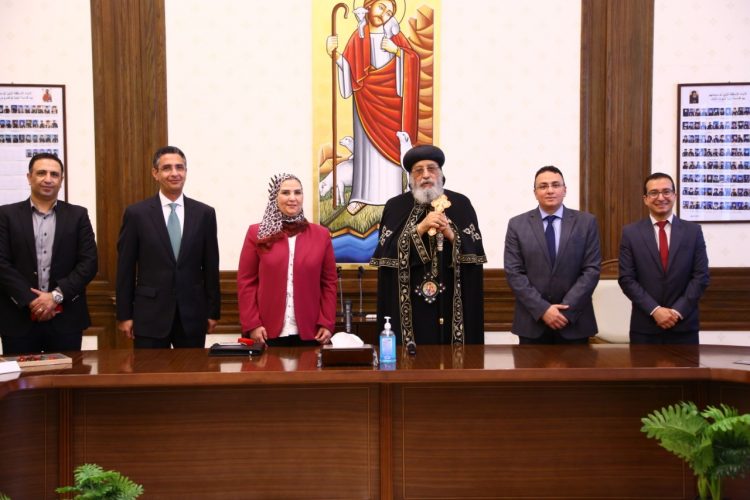 Ms Qabbag expressed her happiness and appreciation that Pope Tawadros has attended in person the signing ceremony, and said the NSB was interested in closer cooperation with the Church on social issues. She said the protocol aimed at promoting the concept of social responsibility, a concept especially endorsed by the Church which has long experience and numerous endeavours on that front.

“The King’s Daughter is one of the Church’s projects”, Ms Qabbag explained. “It focuses on supporting and caring for underprivileged girls and young women.” In so doing, she said, the Church helps achieve economic stability and social justice.

The project works through opening an ‘investment book’, a savings account that pays interest, as a gift for each girl until she gets married. This way, underprivileged girls may be assured that any marriage plans they may have in the future would proceed unhindered by lack of financial means.

“The NSB motto: ‘NSB is a bank for all Egyptians’ has been manifested in this protocol,” Dr Farouq said. He noted that the bank is in excellent position to partner with the Church in the new project of The King’s Daughter since, at 12.5 per cent annual interest, its investment book offers the best return among others on the market.

Coptic Bishop of Sydney back in Sydney diocese