As Egyptians looked in grief at the sad procession of coffins that carried the victims of the Easter Sunday terrorist bombings in Colombo, Sri Lanka, in three churches and three hotels, President Abdel-Fattah al-Sisi denounced the heinous attacks that left more than 300 dead and 500 injured.

President Sisi extended Egypt’s condolences to the families of the victims and wished speedy recovery for the injured.

“We have to share in shouldering our historic responsibility of confronting these inhuman acts which are not aimed at a particular State but against humanity in general,” President Sisi said. “Such terror is driven by poisonous thought and deep hatred of civilisation, progress and prosperity.” 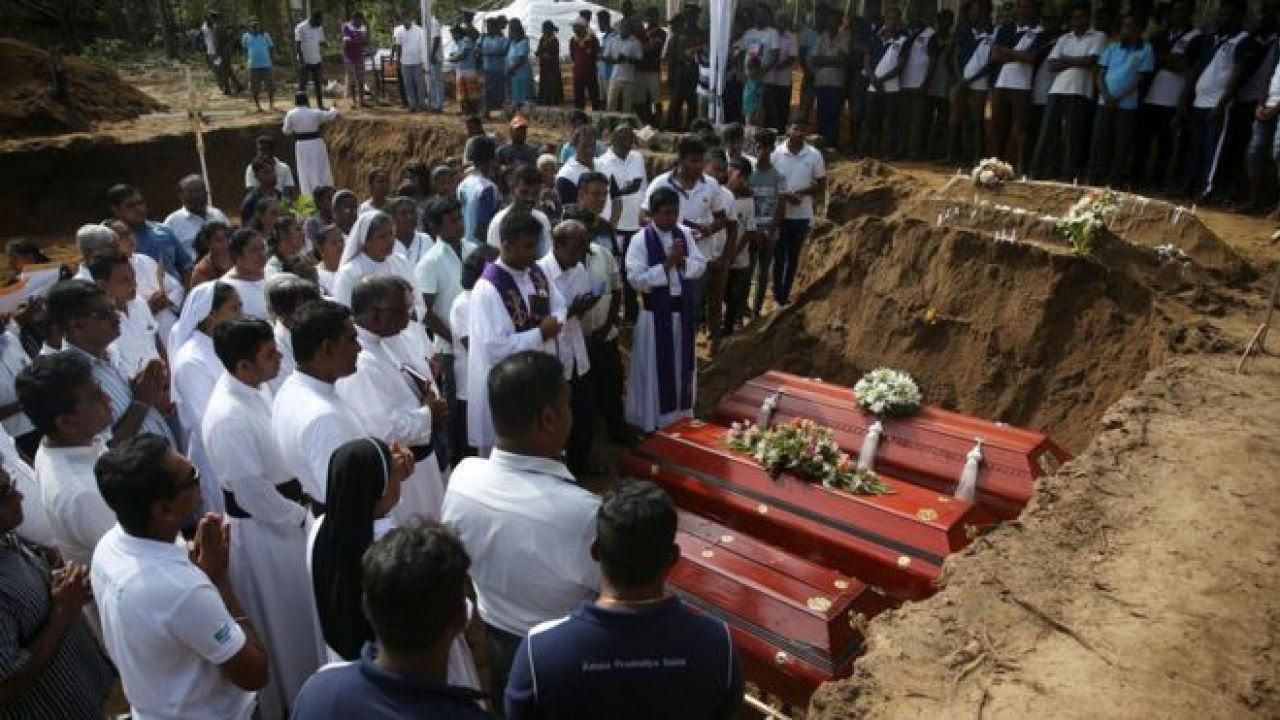 Egypt’s Foreign Ministry condemned the bombings. In a statement, it said: “Egypt conveys its sincere condolences to the families of the victims, and wishes speedy recovery for the injured.” The statement stressed Egypt’s support of the people and State of Sri Lanka in their calamity. “Such brutal, violent acts targeting innocent people and places of worship shall not succeed in achieving their goals.” Egypt expressed confidence that Sri Lanka would be able to overcome this crisis.

For their part, the three Coptic Churches: Orthodox, Catholic and Evangelical, issued statements in which they condemned the series bombings and rejected any violence against human beings regardless of their belief; race; or nationality.

The Churches said they prayed for the families of those who were martyred so that the Lord may grant them comfort and patience, and for recovery of the injured. “We pray for a world free of hatred and violence, where love and peace would prevail.”

“Targeting places of worship is totally objectionable and rejected by all religions,” Egypt’s State Mufti, Shawqy Allam; and al-Azhar Grand Imam Sheikh Ahmad al-Tayyeb, declared in a statement, stressing that such deeds lead to spread hatred and sedition. “This leads to infighting among people of the same nation and threatens social unity,” the statement read.