“Because I’m a man” campaign, launched by the National Council for Women (NCW) in December 2017 in Cairo, has taken off today 15 October on the streets of the coastal city of Alexandria. It should tour Egypt’s 27 governorates.

The initiative calls for equality between men and women through acknowledging the pivotal role men play in the empowerment of women and establishing gender equality. 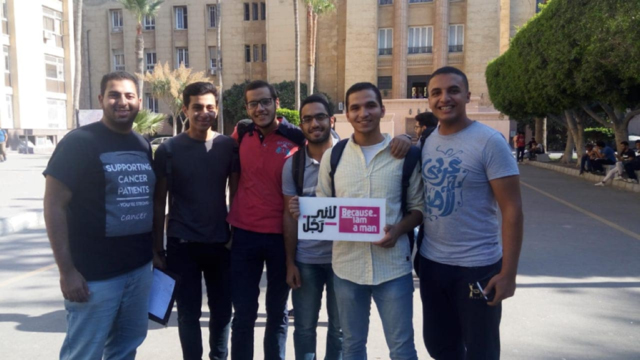 Following its official launch, the initiative was supported by public figures including football star Mohamed Salah and Tunisian actor Dhafir L’Abidine, which served to give it an edge.

Representatives of the NCW in Alexandria explained that the activities of the current two-day campaign include one-on-one meetings in which young representatives of “Because I’m a father” meet members of the public to discuss the campaign’s objectives that call for education for women, supporting women in the work place, and combatting violence against women.

Magda al-Shazly, Secretary of the Alexandria branch of the NCW, pointed out that the first day of the campaign showed university students as well aware and supportive of women’s issues. An impressed Ms Shazly said that the majority of university male students were positive about the campaign, and expressed support for the positive participation of women in public and communal life.

The campaign continues its field visits tomorrow in various districts in Alexandria, to promote the message of equality and shared responsibility between men and women. 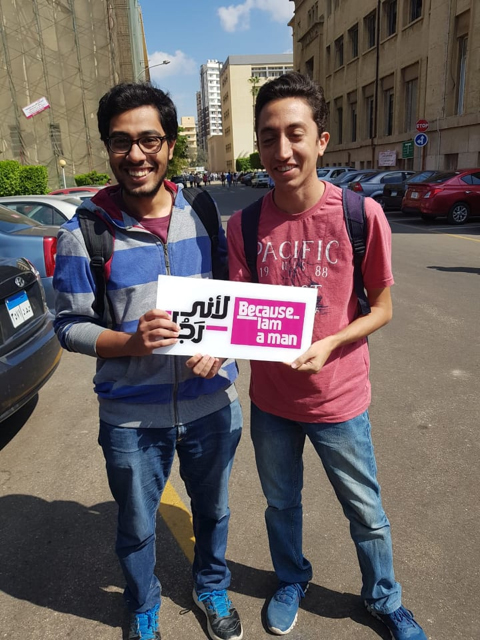