Dumyat (Damietta) Governor Manal Awad Mikhail, has been selected among the top 50 most influential women in Egypt 2018 for her success in local economic development. Dr Mikhail is the first Coptic woman and second female to act as governor in Egypt.

The top 50 most influential women were selected by Top 50-Most Influential Women Forum (Top 50 Forum), a NGO founded in 2014 by Dina Abdel-Fattah, Editor-in-Chief of Amwal al-Ghad Magazine, the leading Egyptian monthly publication which focuses on economy-related content. Ms Abdel-Fattah launched the forum in response to the fact that despite the rising number of women in positions of influence in various sectors, there was no systematic opportunity for them to gather, share ideas, and amplify their voices in decision-making processes.

Current membership of the Forum stands at 200 most influential women in Administration, Finance, Banking, Investment, Trade, Tourism, Technology, and Media, who are committed to a holistic approach of empowering women and strengthening their decision-making power and participation in the country’s reform processes. The Forum plans to include prominent women leaderships in the Middle East and North Africa in its 2019 selection.

Selection of the top 50 was based on a report prepared by the Forum jointly with with Amwal al-Ghad, according to internationally-approved criteria.

Dr Mikhail was honoured during the “Egypt for the Best” summit celebration in its fourth edition held at the Nile Ritz Carlton Hotel in Cairo. Attending were Ghada Wali, Minister of Social Solidarity; Hala al-Saeed, Minister of Planning, Follow-up and Administrative Reform; Hisham Arafat, Minister of Transport; and more than 700 Egyptian male and female executives and businessmen.

The celebration began with a welcome address by Ms Abdel-Fattah, and included a word by Prime Minister Mustafa Madbouli delivered on his behalf by Hisham Tawfiq, Minister of Public Works Sector. Honour shields were handed to the top 50 women; also to the 100 Egyptian companies which scored best on social responsibility and sustainable development; and to creative persons with disability such as Dumyat’s Captain Ibrahim Hamdato.

“Egypt for the Best” summit is the first Egyptian listing of companies operating on the local market, as well as women from various economic sectors. It was launched in 2015 and adopted by the government ever since. 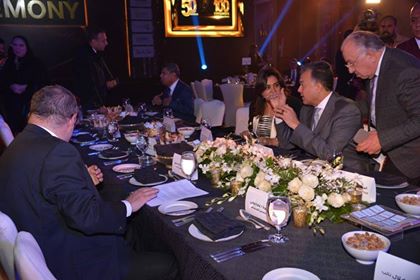 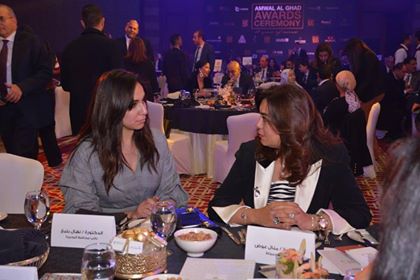 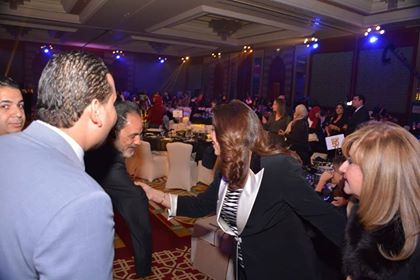 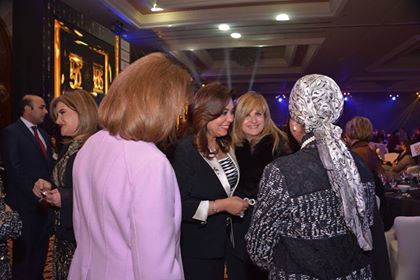