The Egyptian girl Habiba Sherif was chosen by the organising committee the 59th Children’s Camps International (Orlyonok) in the city of Krasnodar, Russia, to raise the flag of the camp.

Orlyonok is one of the most important camps in the world. It is held under the auspices of Rosatom (Russian’s State Atomic Energy Corporation) School which was launched in 2011 and unites 22 Russian cities as well as Rosatom partner countries. Egypt has been a partner since 2017 when it signed with Russia the agreement to build al-Dabaa power plant on the Mediterranean Coast west of Alexandria. 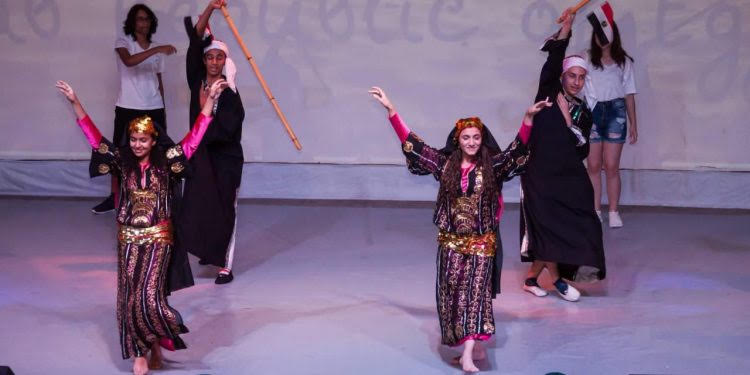 The camp includes the children from the countries that cooperate with Russia in the field of nuclear energy. The goal is to provide talented young people with cutting-edge educational opportunities regardless of their backgrounds or the country they come from. It is held in the Olympic city of Novo-Mikhailovsky.

On opening day, Egyptians performed the dance “al-Saeedi (The Upper Egyptian)” under supervision of choreographers Tahany Hassan and Ivan Ahmed from the Cairo Ballet Academy.

Sherif Gad, head of the Egyptian delegation and a director of the Cultural Programme at the Russian Centre in Cairo (RCC) said that

the Egyptian children were preparing for “Egypt’s Day” as part of the camp events in which each country presents its culture and civilisation through different activities.