The 2nd World Youth Forum (WYF), held from 3 to 6 November 2018 at the Egyptian South Sinai sea resort of Sharm al-Sheikh, under patronage of President Abdel al-Fattah al-Sisi, launched on a vibrant note.

Some 5000 young men and women from 160 countries began arriving at Sharm al-Sheikh a day or two before the forum opened. President Sisi, who had also made an early arrival, set the tone for the forum with a brisk bicycle tour around town early morning on Thursday 2 November. 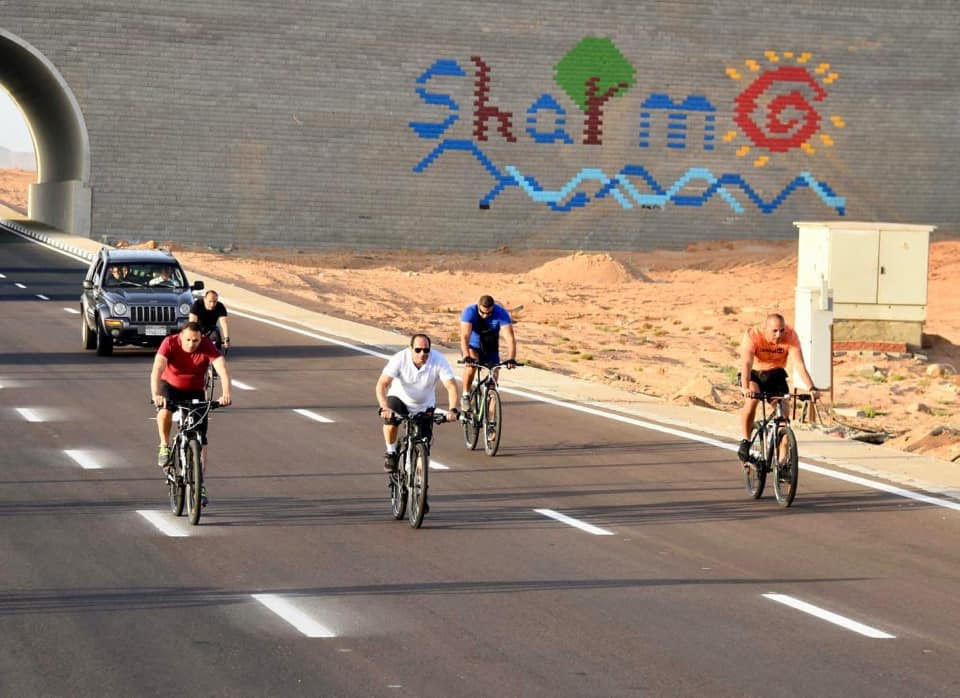 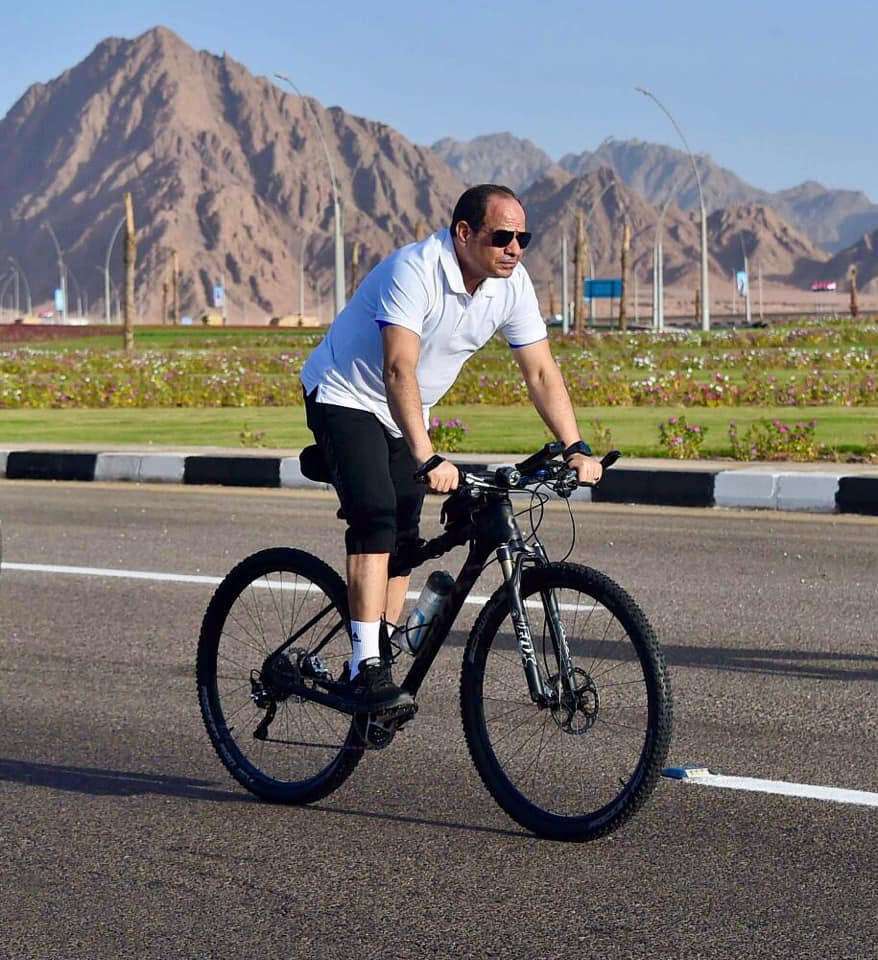 WYF was held to send messages of peace, prosperity, harmony, and progress to the entire world. Young people from around the globe have exchanged views and recommended initiatives for decision-makers and influencers.

The forum agenda was divided into various tracks, tackling a variety of topics.

The first track was ‘Peace’, and tackled topics on:

The Role of World Leaders in Building and Sustaining Peace

Day Zero: Water Security in the Wake of Climate Change

The Role of Soft Power in Countering Ideological Extremism and Terrorism

Rebuilding Societies and States in the Context of Post-Conflict.

In a Rapidly Changing World Map: Who Provides the World with Energy?

Narrowing the Gender Gap in the Labour Market

Enabling Persons with Disabilities: Towards a More Integrated World

Volunteerism: Towards a More Responsible Society

How do We Build Future Leaders?

Third came the ‘Creativity’ track which tackled E-Sports and Games:

An Insight into the Virtual World of Electronic Games

Employment Opportunities in the Age of Artificial Intelligence

The Role of Entrepreneurs and Start-ups in Global Economic Growth

The Role of Art and Cinema in Shaping Societies

The Digital World as a Parallel Society: How it Controls on our Real World.

The forum opened on the day which followed the terror shooting which claimed the lives of seven Coptic pilgrims on their way home from the Western Desert Monastery of St Samuel the Confessor, and injured 15. President Sisi expressed his pain and that of all Egyptians, Muslim and Coptic, at the atrocious crime. He asked the forum participants to stand for a moment of silence in honour of the martyrs. He offered his condolences to the bereaved families, and wished the injured full recovery.

In her keynote speech to the forum, Yazidi activist and Nobel Laureate Nadia Murad condemned the terror shooting that targeted the Copts and extended her condolences to the bereaved families.

“There are wide divisions among our countries and among our peoples,” Ms Murad said. “In order to achieve peace, women have to receive their rights and the peoples of the region should acknowledge each other’s differences in terms of religion and traditions.

“Without implanting the culture of tolerance and coexistence among peoples of the region, we will not achieve peace,” she said.

“Terrorism and extremism are the source of evil in the region,” Ms Murad said. “We know the effort done by Egyptian troops to fight terrorism. We, the youth, should work together to come closer to young people to save them from extremism, and enforce positive thinking.”

President Sisi told Ms Murad: “Nadia, we will demand of the entire world to acknowledge the crimes committed by the Islamic State. We in Egypt rejected extremism. Thirty million protested to reject discrimination and fascism.” He was alluding to the 30 June 2013 Revolution of 30 million Egyptians who peacefully took to the streets to demand the overthrow of the post-Arab Spring Muslim Brother President Muhammad Mursi. The Revolution achieved the now secular system in Egypt.

A number of Egypt’s ministers took active part in the forum sessions.

Minister of Education Tarek Shawki and Minister of Higher Education Khaled Abdel-Ghaffar participated in the session on how to build future leaders, which was also attended by President Sisi who declared 2019 the Year of Education. He said Egypt’s education system receives some 700,000 children every year; this, in addition to the notoriously overcrowded classes in all schools. “This, he said, puts us before the huge challenge of needing 250,000 new classes. The cost could run up to EGP 130 billion.”

Volunteer to change the world

Social Solidarity Minister Ghada Wali participated in the session on Volunteerism, making the point that volunteer work was the opportunity for young people to change the world. 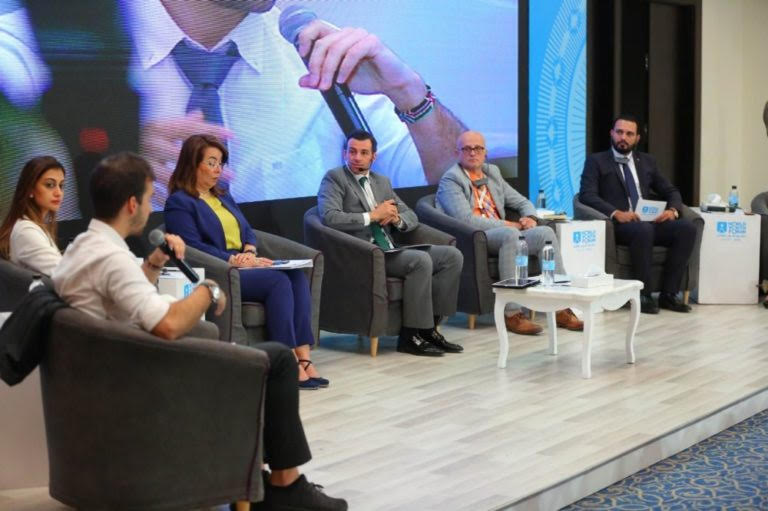 Nabila Makram, Minister of Emigration and Egyptians in the Diaspora, met the young people in the forum. After an initial stand condemning the recent terror attack against Copts and insisting that terror will not break Egypt, she engaged with the young people in discussions on how the Ministry was interacting with the Egyptian diaspora, especially youth. She was joined by the young Egyptian Australian Muhammad Khairat who created the website Egyptian Streets with the aim of relaying an image of the real Egypt, away from rampant negative rumours. She agreed with the young people, of whom she said she was extremely proud, that a team would be formed through the Ministry to interact with young people outside Egypt, answer their queries, and supply them with any information they may need. 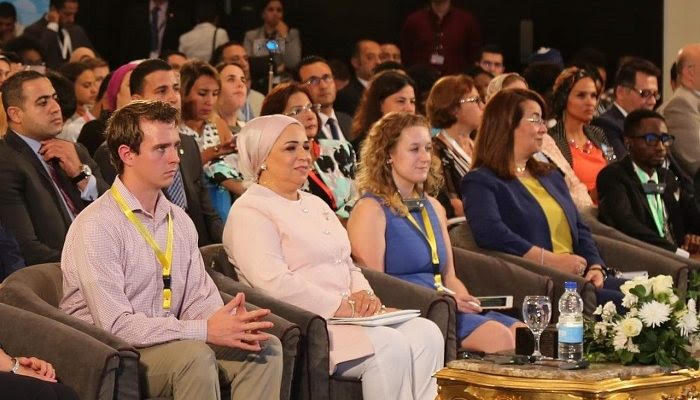 Minister of Water Resources Muhammad Abdel-Aati took part in the session on Zero-Day and on the round table discussions on conserving water. Young people from countries that already suffer water scarcity or flooding on account of climate change spoke of their respective experiences on that score. Australians spoke of their country’s annual 10 billion dollars spent on water accountability; Kenyans spoke of the devastating effect of the drying up of Lake Turkana; South Africans on reducing per capital water consumption to it lowest possible level; Nigerians on Lake Chad which is now only 10 per cent of its size some 40 years ago, affecting some 20 million people and acting as a key factor in the birth of extremist movements such as Boko Haram. 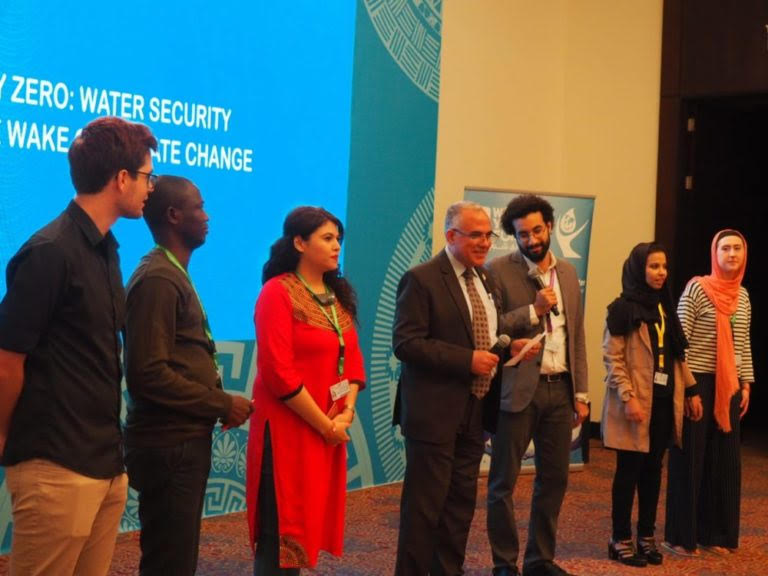 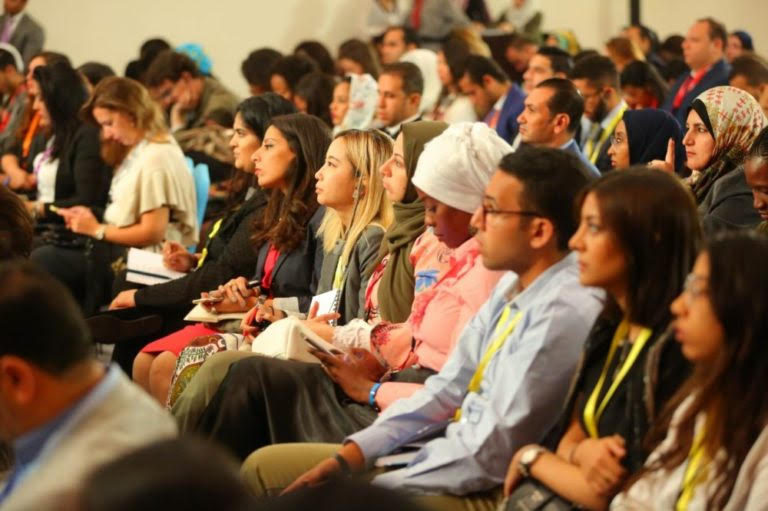 In his interaction with the young people, President Sisi talked of important regional problems. He insisted the worst enemy in the region was terrorism which the whole world should join in battling, also that a great deal of regional conflict was initiated and stoked by foreign intervention.

He said Egypt sought balanced international relations, away from polarisation or specific blocs, wishing to make friends all over the world. As to the dream of an integrated Africa, the President said we should work for it steadily and diligently, allowing time for the resolution of conflicts.

The President attended the session on Social Media: Saving or Enslaving Users. He insisted there’s no turning back the arms of the clock: social media is here to stay, any attempt to block it will never work. We must seek to use it with perception and wisdom. Discussions touched on robotics and artificial intelligence being key to the future.

Mrs Intisar al-Sisi was there all along; she attended the opening session by her husband’s side, and took part in the session on Narrowing the Gender Gap in the Labour Market, in which the head of the National Council of Woman, Maya Morsi, also participated. Mrs Sisi said that enabling women pre-required political, economic, and societal support; and that Egypt’s political leadership was working hard on that. The economic upturn Egypt was witnessing, she said, is sure to have a very positive effect on the status of women. 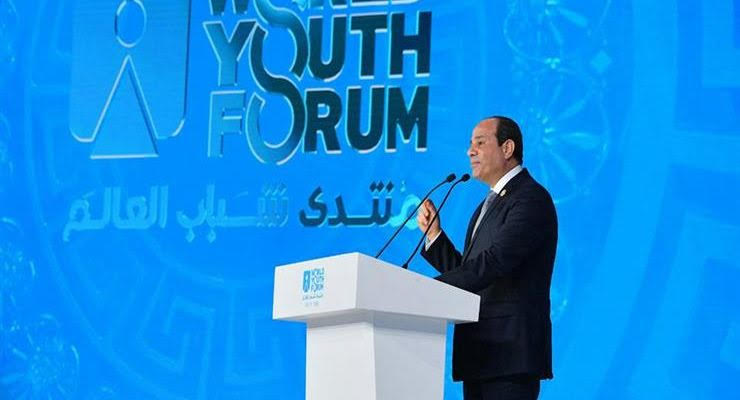 The forum’s resolutions focused on more cooperation and interaction with Africa and the Euro-Mediterranean region, through holding forums that discuss relevant political and economic issues, support entrepreneurship, battle terrorism, and promote volunteer work, the ultimate goal being to achieve peace. It was proposed that an annual award be granted to African and Arab innovators, to be named the Zewail Theiler prize,  after Nobel laureates Ahmed Zewail from Egypt and Max Theiler from South Africa.

The forum concluded with President Sisi declaring Egypt’s Southern city of Aswan the Capital of African Youth for 2019, and that it would host during the year a forum for Arab and African youth to discuss the most significant issues and challenges facing them.