Three Copts met their death, and three others were injured when a wall collapsed and fell on them at the 4th-century desert monastery of Abu-Fana ( St Epiphanius) 12km north of the Minya city of Mallawi some 300km south of Cairo.

The victims, from the Assiut town of Qoussiya, had gone to the monastery on pilgrimage this morning, Sunday 1 December, to attend Mass at its 6th-century church. The wall which fell on them was the mud brick western wall of the church courtyard. The 260-square-metre mud brick church is still in use today for worship.

The injured, whose ages range from 6 to 55, suffered fractures, severe bruises, or concussion. They were rushed to hospital. 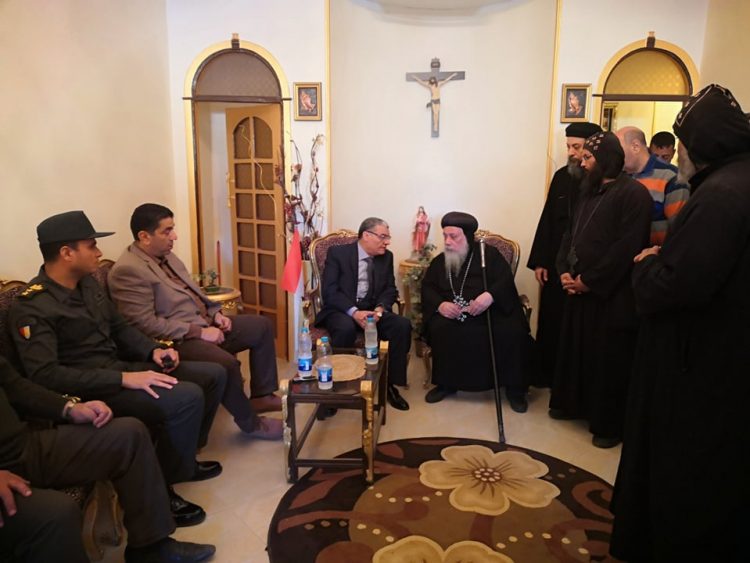 The Coptic Orthodox Church issued a statement mourning the victims and wishing the injured a speedy recovery. The statement said that the western wall at the 6th-century church had collapsed and fell on them, and that official investigations were being conducted into the cause of the collapse.

Minya Governor Usama al-Qadi visited the scene of the accident at the Abu-Fana Monastery. He was received by Anba Demetrius, Bishop of Mallawi.

Governor Qadi also visited the injured at Mallawi public hospital where he made sure they were given proper care, and wished them all well. 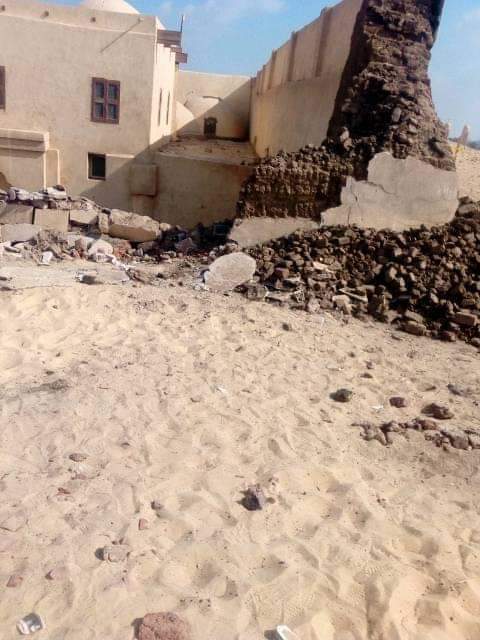 Given that the 4th-century monastery and its 6th-century church are listed with the Ministry of Antiquities, the Ministry referred the case to the public prosecutor. It claimed that it had addressed the Coptic Church more than once last year on taking the necessary measures and providing the funds required for restoration of the declining church building. Egyptian law 117/1983 says that cost of restoration of antique buildings at old churches or mosques should be shouldered by the respective religious authority jointly with the Ministry of Antiquities, under supervision of the Supreme Council of Antiquities. Investigations are ongoing, as is action to check the safety of the old buildings at the monastery. 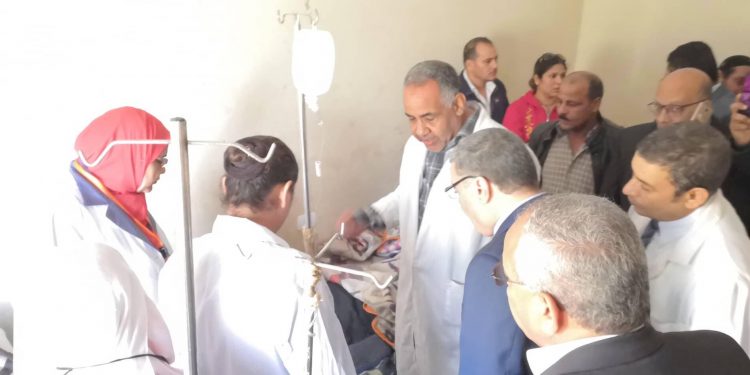