As part of India’s worldwide commemoration of the 150th anniversary of the birth of Mahatma Gandhi, his favorite Gujarati song “Vaishnav Jan To Tene Kahiye” (One who is a Vaishnav knows the pain of others) was performed by local singers in 124 countries over the world. In Cairo, the young Egyptian singer Reem Ezz El-Din performed the song on 9 October during an event held at Maulana Azad Centre for Indian Culture. Mahatma Ghandi’s birthday is 2 October. The hymn “Vaishnav Jan To Tene Kahiye”, written by Indian monk Narsimha Mehta (1409-1480), a “poet saint” from Gujarat, was a favourite with Gandhi who included it into the roster of prayers routinely sung before his meetings. 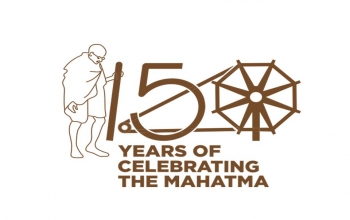 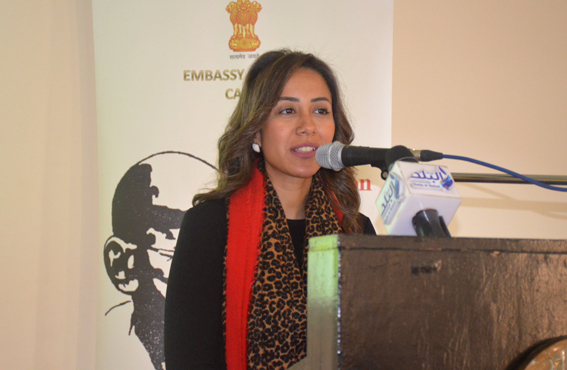 Ezz El-Din is a dentist who started singing at the Cairo Opera House and then joined Zai Zaman group and is currently a main member in Ayamna Al-Helwa band. 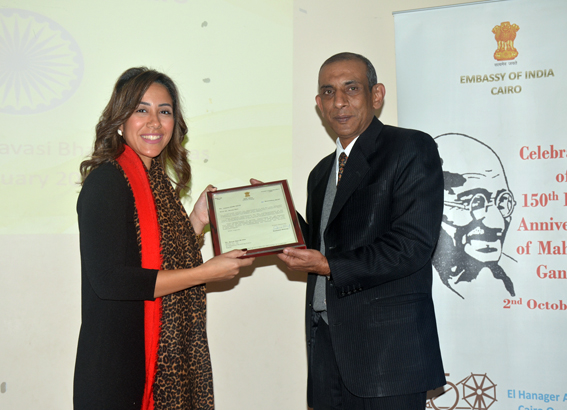 The words of “Vaishnav Jan To Tene Kahiye” day:

Call those people Vaishnavas who

Feel the pain of others,

Help those who are in misery, 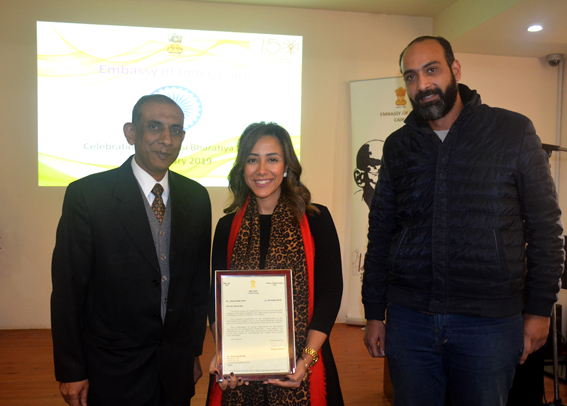 They respect the entire world,

Do not disparage anyone,

The mother of such a soul is blessed.

They see all equally, renounce craving,

Respect other women as their own mother,

Their hands never touch the wealth of others.

They do not succumb to worldly attachments,

They are firmly detached from the mundane,

They are enticed by the name of God,

All places of pilgrimage are embodied in them.

They have forsaken greed and deceit,

They stay afar from lust and anger,

Narsi says: I’d be grateful to meet such a soul,

Whose virtue liberates their entire lineage.