The 150th anniversary of the birth of Mahatma Gandhi was celebrated by Egypt through the unveiling of a bust of Gandhi in Cairo’s al-Hurriya Park, and issuing a postage stamp on the occasion.

Hardeep Singh Puri, India’s Minister of State for Housing, Urban Affairs, Civil Aviation and Commerce and Industry, was in Cairo for the recent unveiling ceremony. He was joined by

The Indian Minister gave a word in which he expressed his gratitude to Cairo Governor, and said that Gandhi’s thoughts and philosophy of peaceful, non-violent resistance are still needed in our current times.

The Cairo celebration was held on the sideline of India Forum—which includes western Asia and Northern Africa—hosted in Cairo with participation of a large number of businessmen from Egypt, Tunisia, Morocco, Algeria, Jordan, Lebanon, Iraq, Sudan, and Southern of Sudan.

Mahatma Gandhi (1869 – 1948) is famous as the spiritual leader of India’s independence movement that led to independence from the British in 1947. He pioneered Satyagraha, the concept of resisting tyranny through mass non-violent civil disobedience. 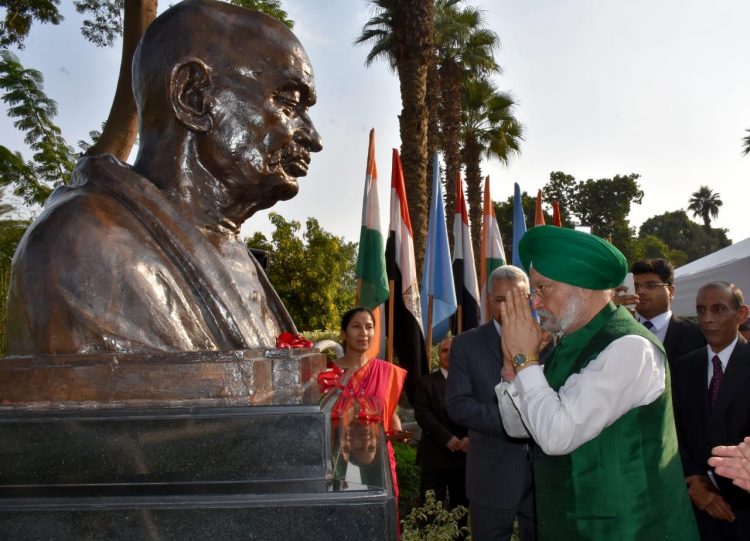 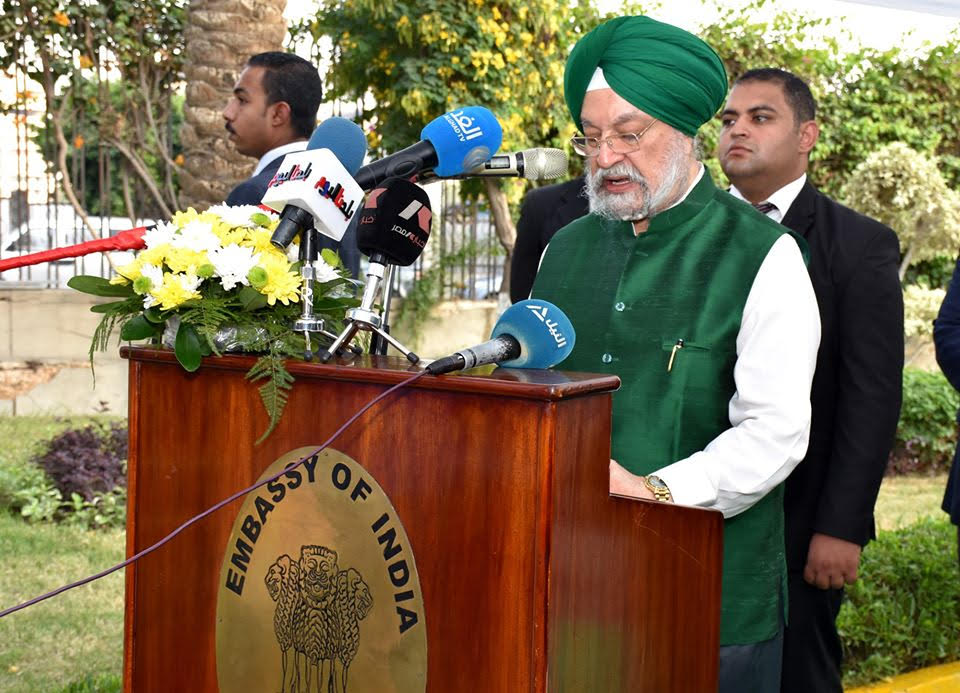 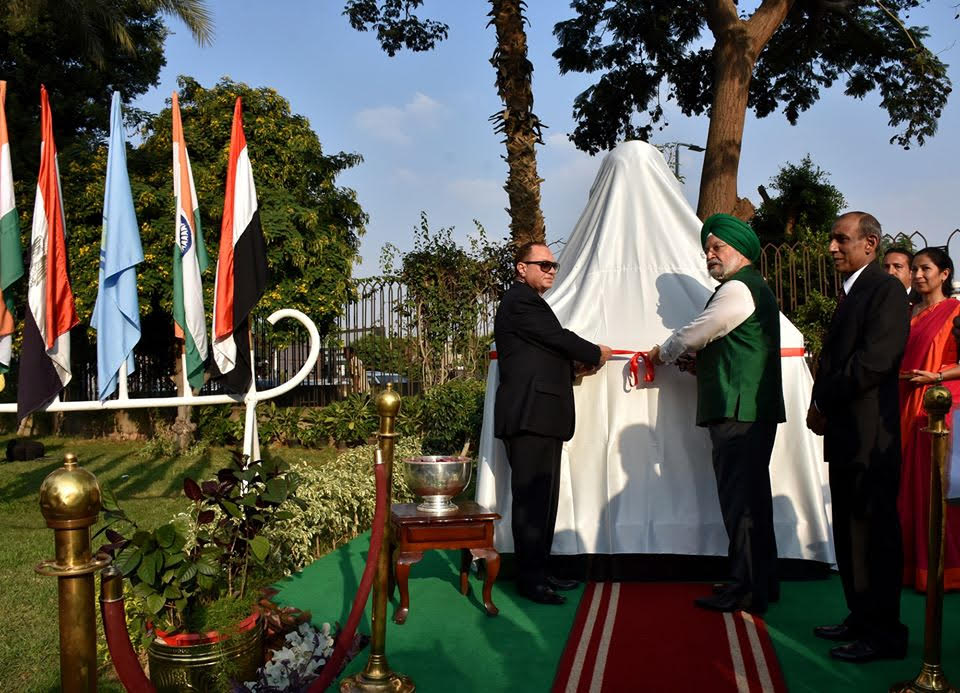