On the 148th birth anniversary of Mahatma Gandhi, the Embassy of India in Egypt organised commemorative events in Alexandria and Cairo, in celebration of the spirit of non-violence. The events, which started on 1 October, included a lecture and caricature exhibition featuring the ‘Father of the Nation’. The Indian ambassador Sanjay Bhattacharyya said that Gandhi continues to be relevant and that his principles inspire people and provide guidance to civilisations across time and boundaries.
“We should always have confidence that the spirit of non-violence is actually very powerful. Gandhi used to say ‘if no body else is coming with you please go alone’. Each of us as individuals need to do this individually and then collectively to bring back peace and love to this world,” Mr Bhattacharyya said. This year, the embassy invited well known Gandhi scholar Rajni Bakshi as a speaker for the event Gandhi Jayanti celebrated. 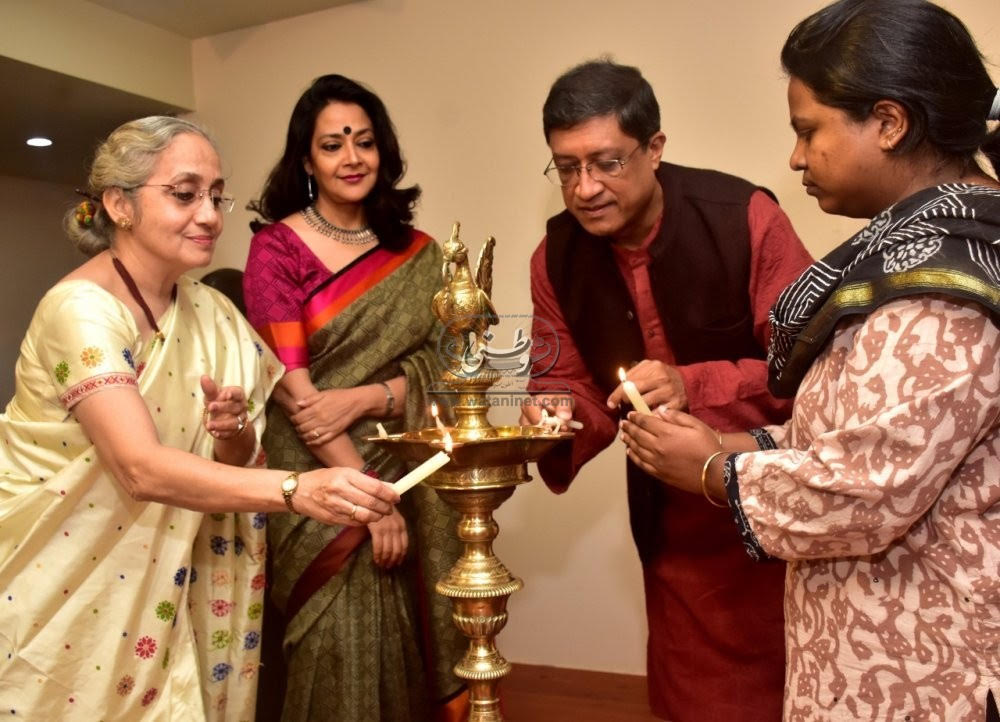 Ms Bakshi gave two speeches, the first at the Bibliotheca Alexandrina in Alexandria, entitled ‘After Gandhi: Promise and Peril of Non-Violence’. She also gave another lecture entitled ‘Non-Violence: A Temptation and Challenge’ at the Maulana Azad Centre for Indian Culture in Cairo on the Mahatma’s birthday which is also recognised as the International Day of Non-Violence by the UN.
“Gandhi’s philosophy is relevant today because people are tired of violence and it is only natural for humans to want to live in peace. Many people are now understanding that non-violence is not just absence of violence; true non- violence is that when we seek to engage with others in compassion and even if we have a conflict we are willing to have dialogue and try and find common ground,” Ms Bakshi said.
“Violence is a reality in our lives but it doesn’t have to dominate us,” she added. The event also featured an exhibition on the theme ‘Spirit of Gandhi’ by the Egyptian Caricature Society in collaboration with the Embassy of India in Cairo. “This year we have worked again with the Caricature Society on the spirit of Gandhi and we got 73 contributions from artists from 24 countries, which we put into a booklet,” Mr Bhattacharyya said. Gomaa Farahat, head of the Egyptian Caricature Society, said: “Each one of the artists who participated in the exhibition painted Gandhi through his own point of view so there are different paintings and styles.” In addition to caricatures by artists from India, Egypt, Brazil, Colombia, Spain, Greece, China, Italy, US, Indonesia and other countries, a booklet, entitled ‘Spirit of Gandhi’, includes two articles, one written in Al-Ahram newspaper in 2002 about Gandhi’s visit to Egypt in 1930s, and the second by artist K G Subramanyan, originally written in 1995, and gives an artist’s perspective of Gandhi. 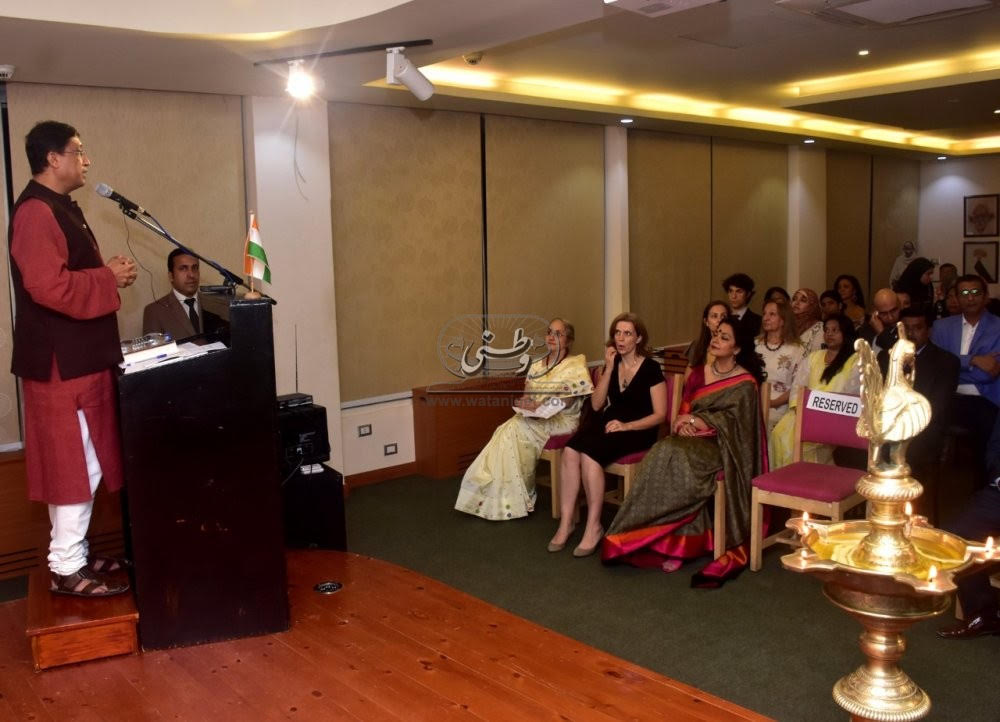