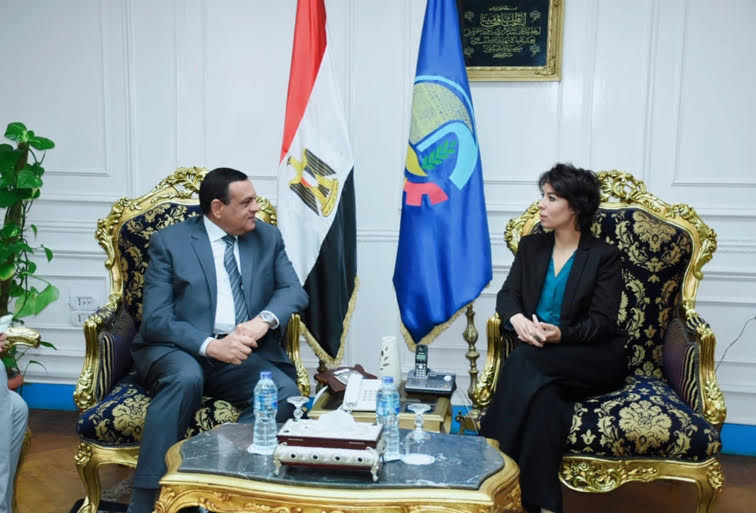 France has announced 2020 a year for Africa, during which it will work to boost relations with African countries and offer aid to develop the African continent. President Sisi and President Macron have also agreed that 2019 would be the year of Egyptian-French culture and tourism. 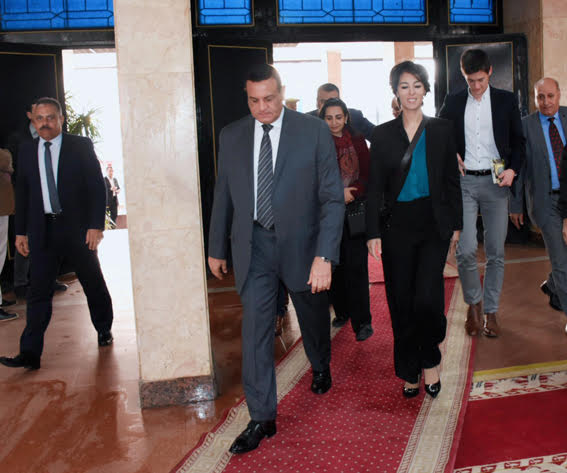 Developing Rashid—Rashid is Arabic for Rosetta—featured highly in the discussions between Governor Amna and Ms Herrera.

Rosetta is home to the Rosetta Stone which was discovered in 1799 during Napoleon’s military campaign against Egypt (1798 – 1801) and which, later in the 19th century, was key to understating the ancient Egyptian language. French philologist and orientalist Jean-François Champollion was able to decipher the Rosetta Stone, unlocking the code that was inscribed on the stone and allowing the hieroglyphics to be read. The names Rosetta and Champollion were ever since linked forever.

Governor Amna told Ms Herrera that in 2017 Hervé Champollion, the grandson of Jean-François Champollion, visited Rosetta and took part in a three day celebration organised by the then Governor, Nadia Abdu, together with Damanhour University. Hervé Cahmpollion had flown especially from France with his wife Catherine Collin who works with Paris’s Musée des Arts Décoratifs to attend the three-day event which aimed for Rosetta to be placed under the umbrella of UNESCO, aspiring for it to become an open museum. Governor Amna requested the support of France with Rosetta’s UNESCO initiative.