As one of the major French research centres not only in Egypt where it has existed for 112 years, but all over the world, the Institut Français d’Archéologie Orientale, (IFAO), the French Institute for Oriental Archaeology in Cairo organised a recent tour for Egyptian journalists to mark the Day of French Archaeological Missions in Egypt. Those in charge of IFAO aimed to give visitors the opportunity to better know about the institute: its history, departments, and activities.

Amr Bahgat who is in charge of communications and public relations at IFAO, told visitors about the history of the institute. “The building of IFAO,” Mr Bahgat said, “was originally the Salamlik, the reception quarters attached to the palace built in 1880 for the wedding of Ibrahim Pasha, the son of Reda Pasha, a military commander in the Ottoman army, and Princess Mounira, the Ottoman ruler’s daughter. It stretched to the Nile bank. This explains that the area is named after Mounira, while the street leading to the French Institute is called the French Law School Street. 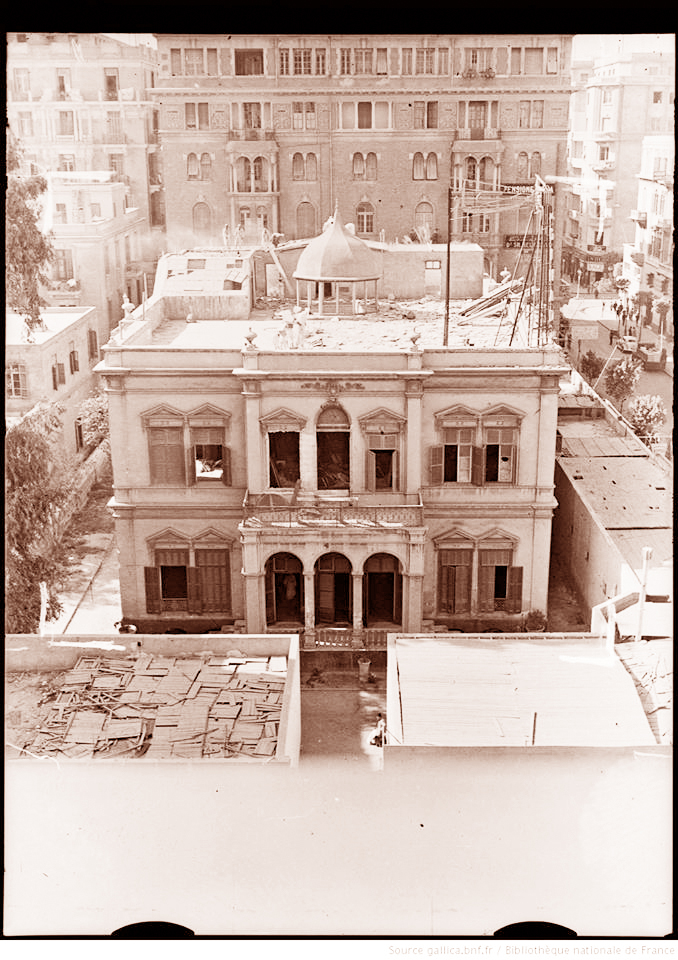 According to Mr Bahgat, the French Law School was established at that time in order to grant Egyptians a license to work under French law, whereas foreigners in Egypt were then tried according to the law.

On 28 December 1880, a decree inspired by renowned French Egyptoligist and archaeologist Gaston Maspero (1846 – 1916) , was signed by the then French Prime Minister, Jules Ferry. It established a permanent scientific mission in Cairo. As the equivalent in Egypt of the French Schools of Athens (EFA) and of Rome (EFR), this new research institute was naturally given the name “École du Caire”, thus recognising kinship with its predecessors. It was only in 1898, at a moment when its statutes were being redefined, that the definitive title of Institut Français d’Archéologie Orientale was adopted, the better to describe a vocation that went beyond the borders of Egypt and into the Near East. A multi-disciplinary character was to be one of the founding features of the IFAO, since from the very beginning three sections were outlined within its core:

The first had as its objective Egyptian archaeology and philology from the time of the pyramids until the extinction of the Coptic language in the 18th century AD; the second was to study the ancient non-Egyptian East (Phoenicia, Judea, Arabia, Mesopotamia, Persia) in all its aspects; the third, less well defined, was interested in the history of art in a more general way. 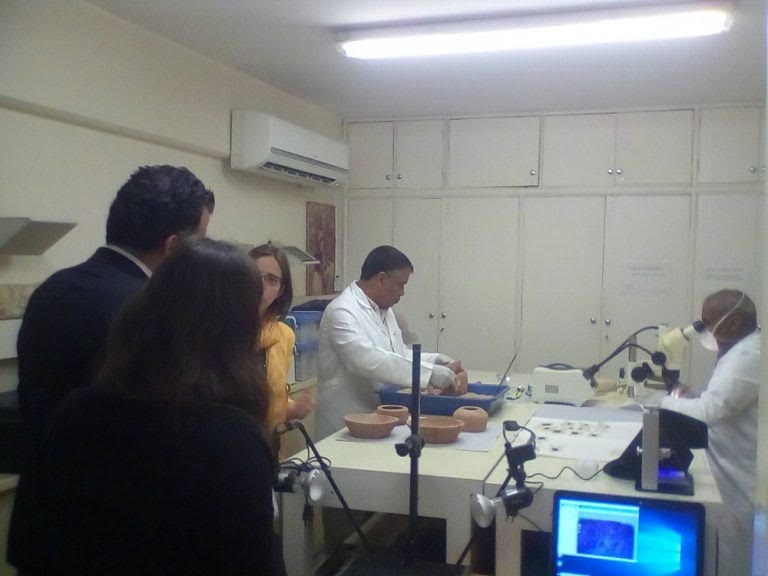 These avenues of research are still perceptible within the present-day orientation of the Institute, which pursues the study of all the successive civilisations that have touched the land of Egypt since prehistory and until the Arabo-Islamic period.

In 1907, the Institute left its premises on Antikhana Street to settle in the Mounira palace it occupies until today, which is an important element in the IFAO’s identity. From that date, Mounira Palace provided not only a prestigious setting but also the necessary space for the installation of a printing press. In 2007, the centenary of the IFAO presence in the palace became the occasion for a detailed history of the palace to be drawn up.

Throughout its history, the Institute has been the originator of some truly great works within the field of Egyptology. The first of these was a series of campaigns to draft the hieroglyphic texts on the best-known Egyptian monuments at Tel el-Amarna, in the Theban necroplis, at Edfu, Philae, Esna, Kom Ombo and Saqqara.

The Institute’s mission is to study the successive civilisations of Egypt from prehistory until the modern era. The disciplines involved are archaeology, history, and language studies. The excavation sites of the IFAO cover all eras (prehistory, Pharaonic Egypt, antiquity, the Islamic period) and they are situated throughout Egypt (Nile valley, Delta, oases, Eastern and Western Desert, Sinai and the Red Sea). Research themes may concern a restricted time period or may take the longer view, one part of Egypt or the entire country, the Near East as a region or even in comparative studies between East and West. Research is often multi-disciplinary. 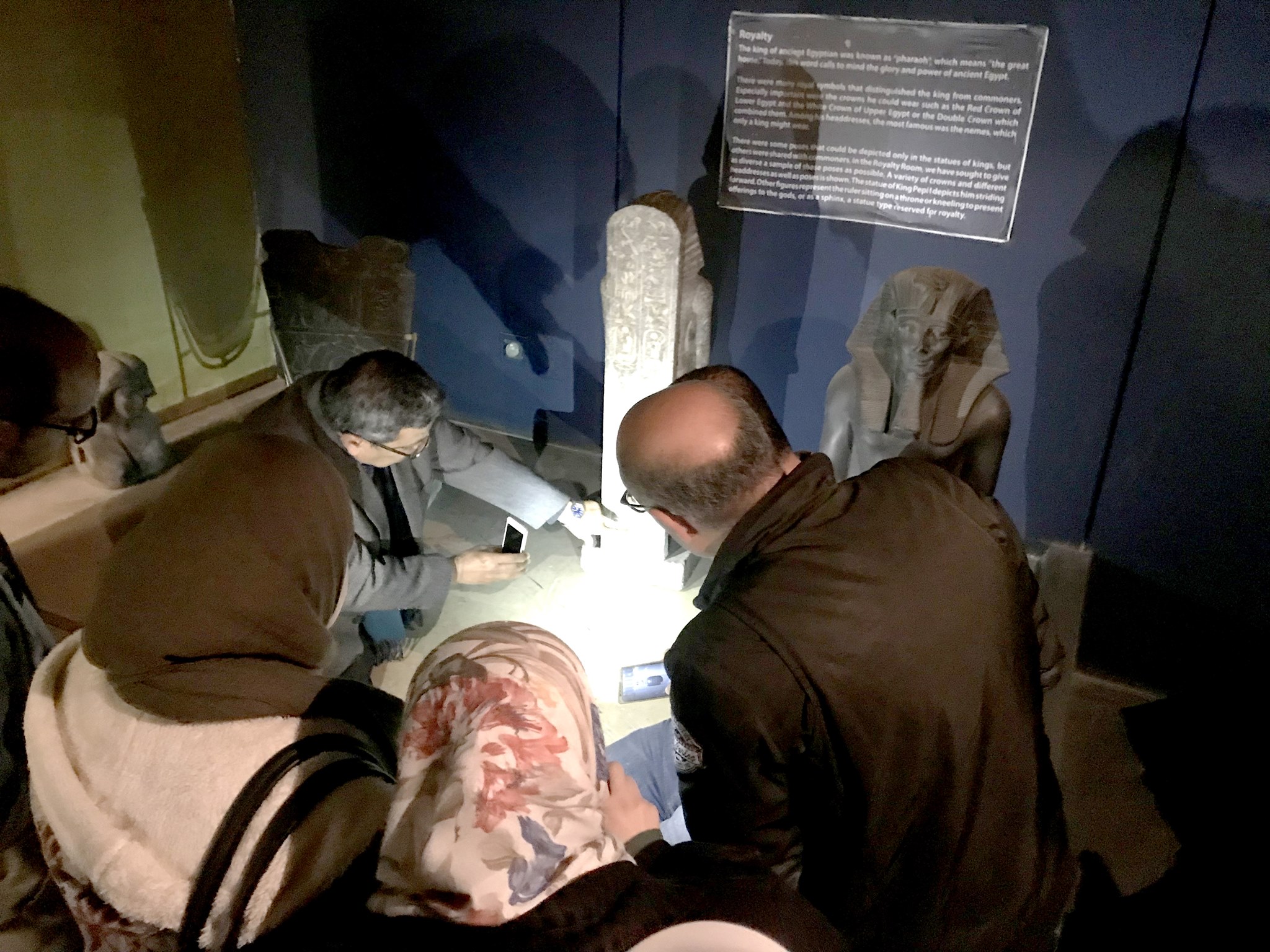 A diverse team of 150 members, both Egyptian and French, facilitates such activities, and in addition to normal staff, technicians and engineers, six academic fellows hold permanent positions within the Institute. Numerous researchers, teachers on research sabbaticals, interns from leading French graduate schools as well as holders of scholarships (doctoral and post-doc) are welcomed for one or two months per year.

The IFAO includes a remarkable library that houses around 90,000 volumes specialised in the fields of Egyptology, papyrology, classical, Byzantine, Coptic and Arabic studies. Most of the books are in French, while other books are in German, Arabic, Russian, English and Italian. “Any publication on Egyptology printed in any language, is included in the library,” Mr Bahgat said, and explained that there a project is being implemented jointly with the National French Library and six other international libraries to scan books digitally and to upload them on IFAO’s website to be available for all. 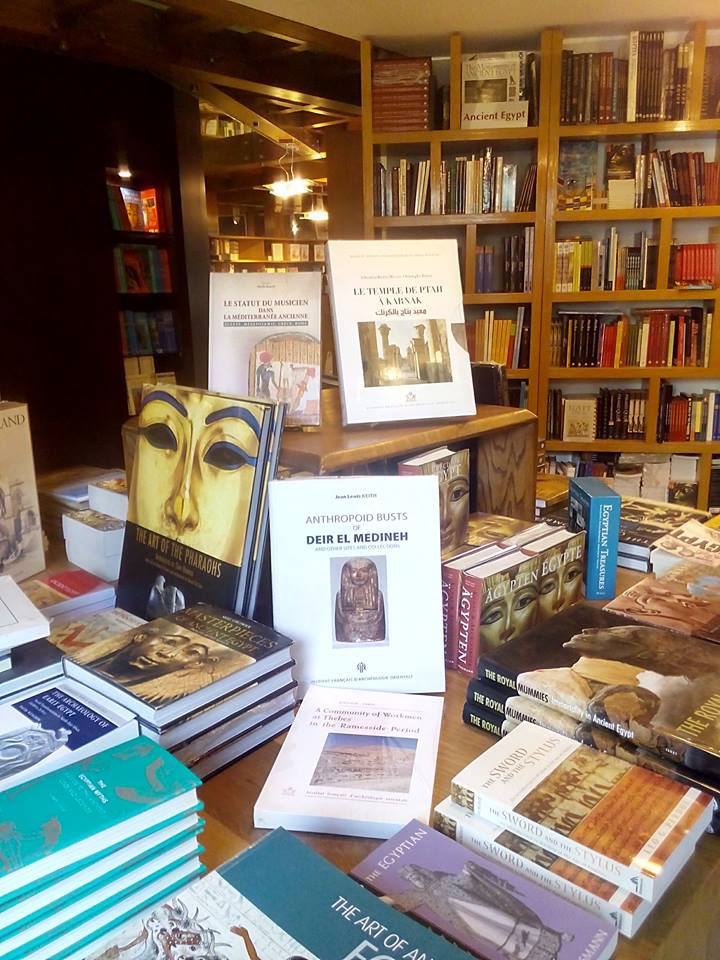 According to the library curator, Agnès Macquin, “It is one of the largest libraries of Egyptology all over the world.” She noted that Egyptologists are interested in collecting all the books—especially rare books—concerning Egypt and its history from prehistoric eras to the modern era. “That’s why many scholars from all over the world come to the library to read those interesting books and rare manuscripts,” Macquin noted.

The library has, for instance, the personal books of Maspero; he had himself gifted them to the library. He was the founder and first director of the IFAO.

The old books collection of the library has been gathered partly thanks to donations by scholars passing through Cairo, and this practice has continued to this day. Thus, there are works annotated by the authors or original owners. The library has also inherited the private collections of certain great scholars, such as Auguste Mariette, Gaston Maspero, and more recently Jean-Philippe Lauer, as well as those of former librarians like Louis Saint-Paul Girard. The IFAO library possesses some very precious works including the Description de l’Égypte; Champollion’s Panthéon égyptien; the Voyages of Denon, Ebers and Champollion-le-Jeune and a very rich collection of travellers’ chronicles that was gathered under the impetus of Serge Sauneron as a reflection of the series of IFAO publications that he launched.

Regarding the Description de l’Égypte, Macquin said that IFAO’s library had saved a version of the book’s first edition, issued in 1809. The book tackled everyday life in Egypt; ancient temples; and even wild life: birds and animals.

From its location at Mounira Palace, more than one hundred years ago, the Institute was able to establish a high quality publishing house thanks to the patronage of Émile Chassinat, who remained as the Institute’s manager for 12 years since 1889. Since this time the publishing house has continually updated and adapted to changing printing technologies. 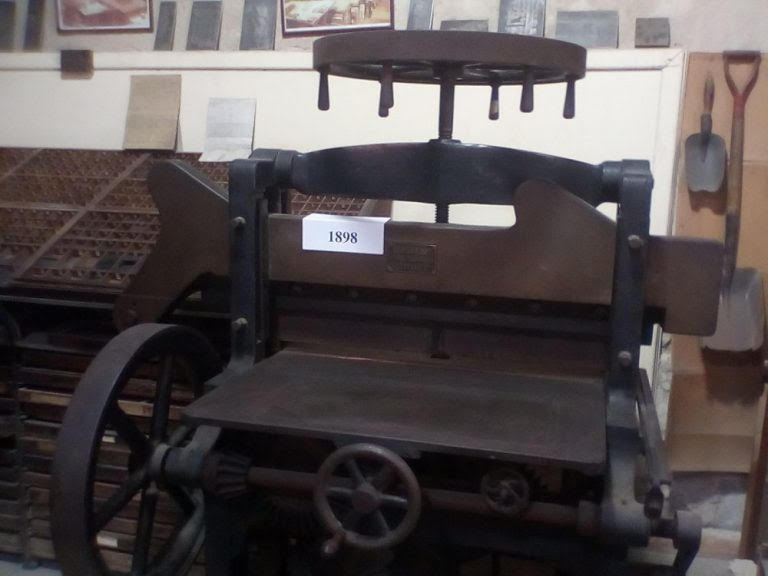 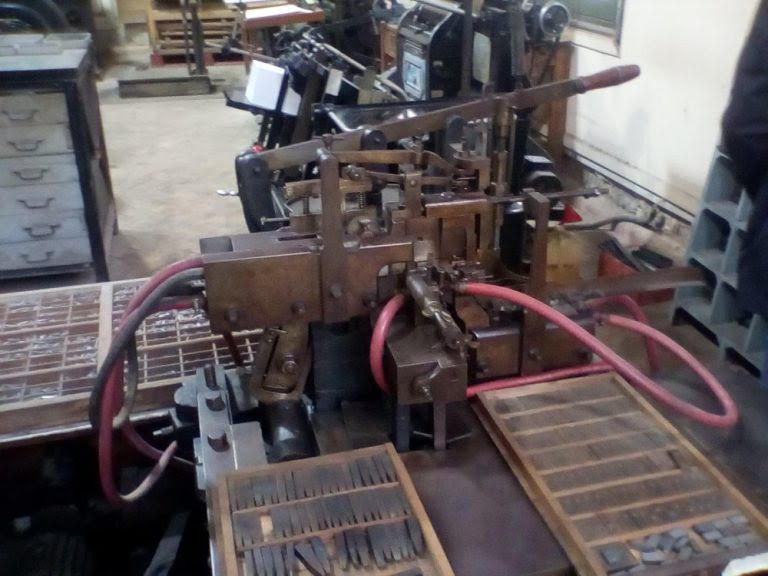 A number of periodicals are regularly published by the Institute. The most important are the BIFAO devoted to Egyptological and Coptic studies and the Anisl for Arabic studies. The Institute’s catalogue includes several collections, among which are the Bibliothèque d’étude, Fouilles de l’Ifao, Textes arabes et études Islamiques etc. These various collections present monographs, excavation reports on IFAO fieldwork, volumes of miscellanies as well as proceedings of congresses and colloquium papers.

Mr Bahgat explained that 40 French expeditions and three permanent research centres are currently operating in Egypt, the biggest of which are the 1880 IFAO and the Egyptian-French centre established in 1976 for studying archaeology of al-Karnak Temple in Luxor.

According to Egypt’s Minister of Antiquities, Khaled Anani, there are some 250 expeditions in Egypt; 80 of them are pure Egyptian, while most of other expeditions are French.

Laurent Bavay, President of the IFAO, said, “We are guests in Egypt, and work very closely with the Ministry of Antiquities. 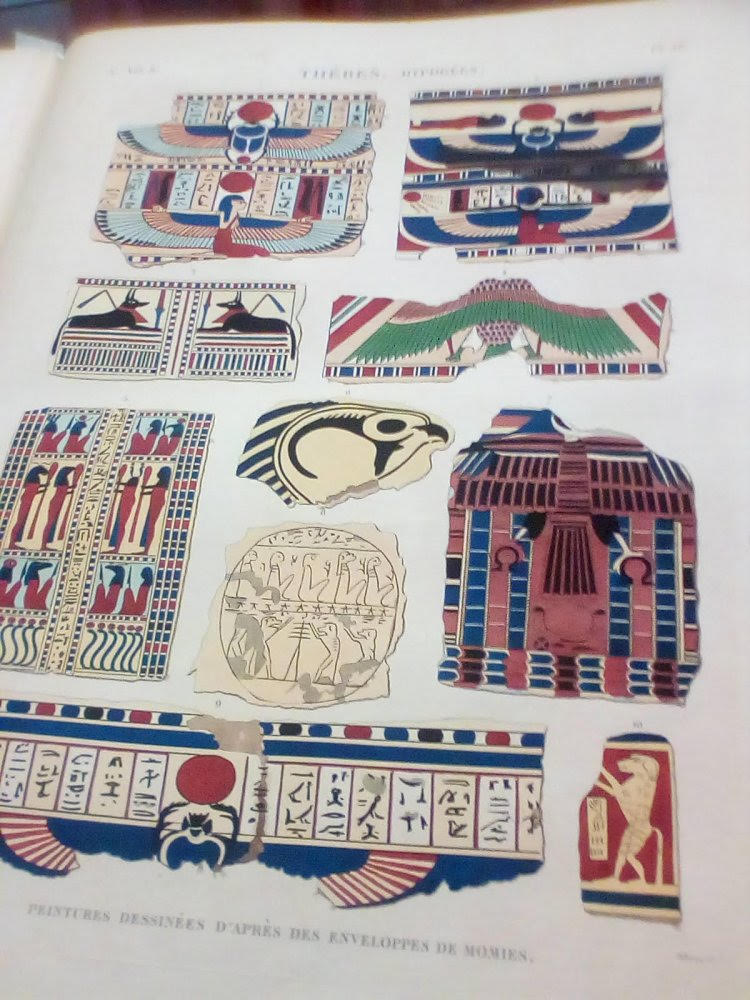 “The task of French researchers in Egypt in the past was restricted to excavation,” he added, “but now that is not enough. Egypt’s Ministry of Antiquities is opening archaeological sites for visitors, since tourism is very important for archaeological work, allowing better finance and benefiting research.

“Egyptian antiquities are very valuable and important. But Egypt alone will not be able to preserve them; we should cooperate to protect such world human heritage,” Bavay noted. 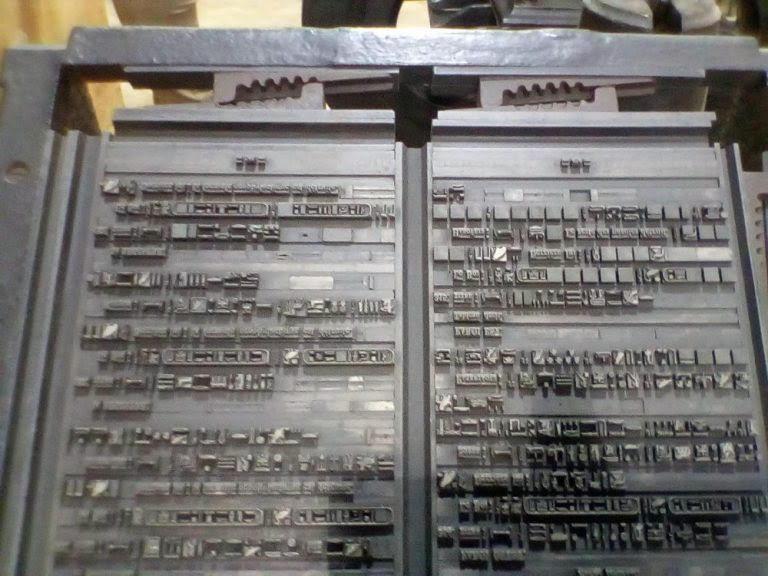 Anita Quiles, Head of the Archaeometry department at IFAO, talked about the Radiocarbon Dating Laboratory (Carbon 14) and its mission at IFAO.

The laboratory which started operation in Egypt in 2006, studies series of samples with solid archaeological context in order to resolve questions of absolute chronology. “We welcome all projects of collaboration with other archaeological organisations as well as with other radiocarbon dedicated laboratories,” she said. 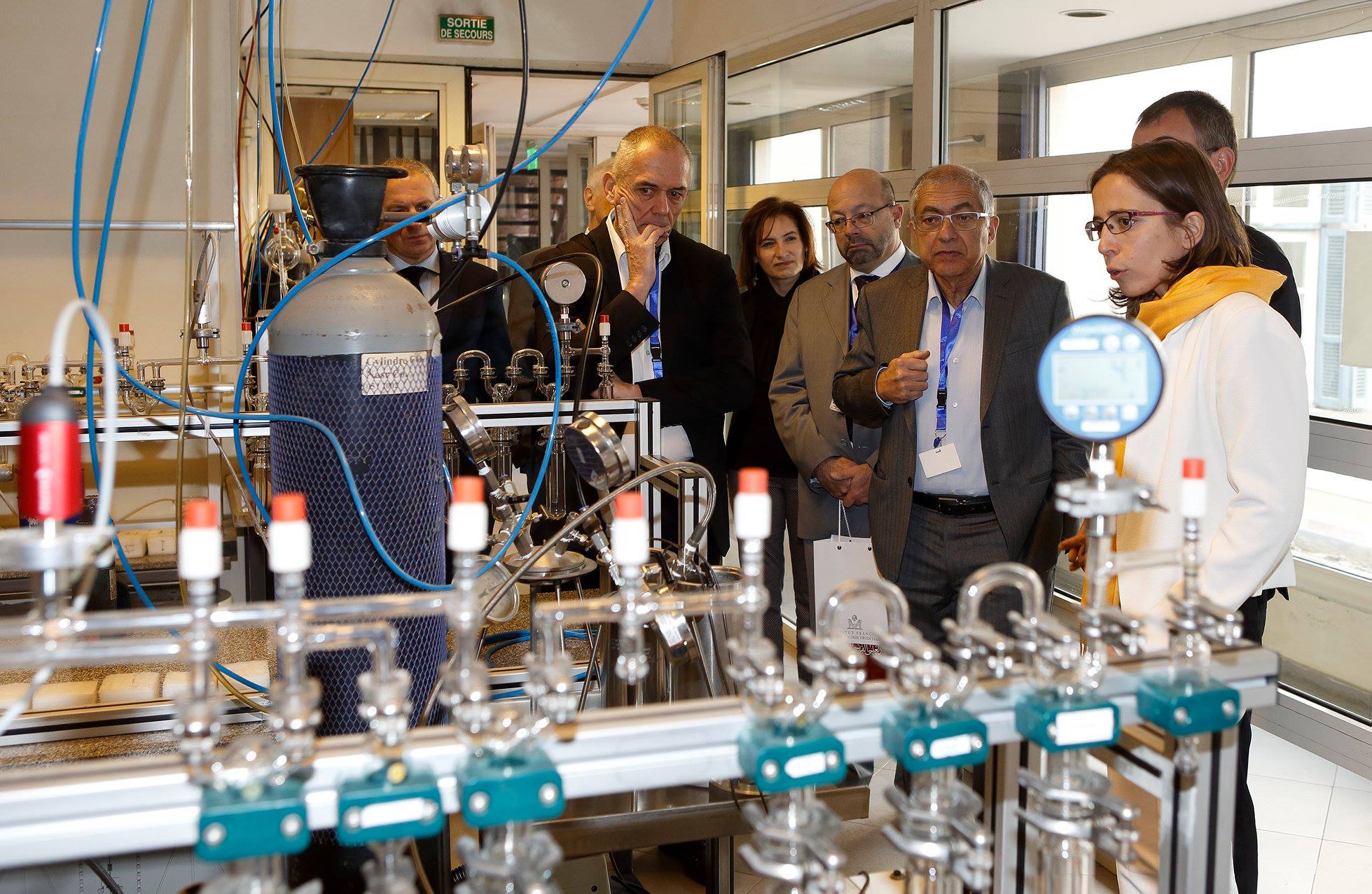 “We are now ready to accept all samples issued from the Institute’s excavation sites, as well as from other parties, pending approval from the Supreme Council for Antiquities.”

Luc Gabolde, Director of the Franco-Egyptian Centre for the Study of Karnak Temples, noted: “In spite of having worked in Egypt’s Karnak for two decades, there are matters I still discover in the Temple on how work in ancient Egypt was very precise!”