To celebrate Christmas and the New Year, The Embassy of Sweden in Egypt organised an event at the house of the Swedish Ambassador to Cairo, Jan Thesleff, which included a children’s choir performing the traditional Swedish Lucia celebration.

The celebration started with the procession of Lucia children with headdresses carrying candles. They sang Christmas carols; the guests described their beautiful performance as emanating peace and joy.

The Cairo Quartet was introduced by Dalia Farid, and gave another Christmas carol performance.

It was then time for a hot ginger drink, accompanied with the traditional Swedish Christmas ginger and cinnamon biscuits.

Lucia of Syracuse (283–304), also known as Saint Lucy or Saint Lucia, is a Christian martyr who died during the Diocletianic Persecution. The Roman Catholic, Anglican, Lutheran, and Orthodox Churches venerate her as a saint. Her feast day is celebrated in the West on 13th of December.

A number of traditions incorporate symbolic meaning of St Lucia as the bearer of light in the darkness of winter. Some versions of her story say that her eyes were removed, either by herself or by her persecutors; she is thus the patron saint of the blind. But another story says that she used to visit the prisoners of faith, bringing them comfort, food and drink. To free her hands to carry these things, she fixed candles to her headdress. Hence the tradition of the Lucia candlelit celebration. 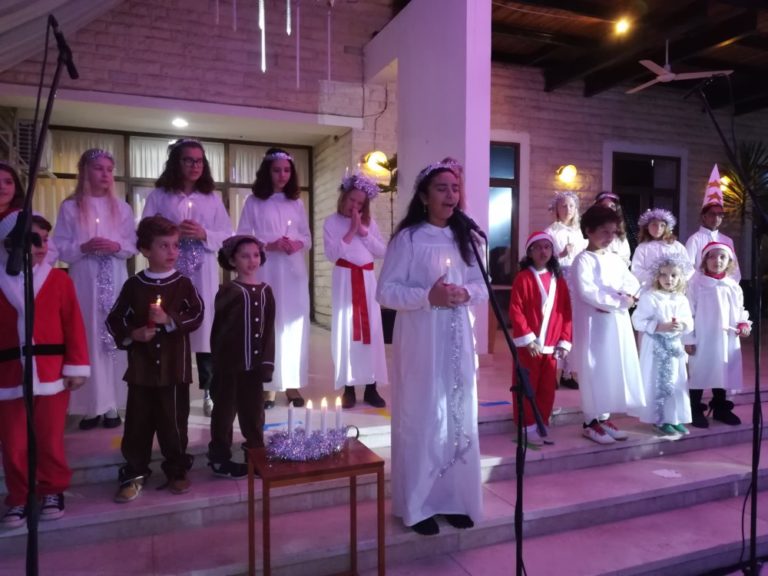 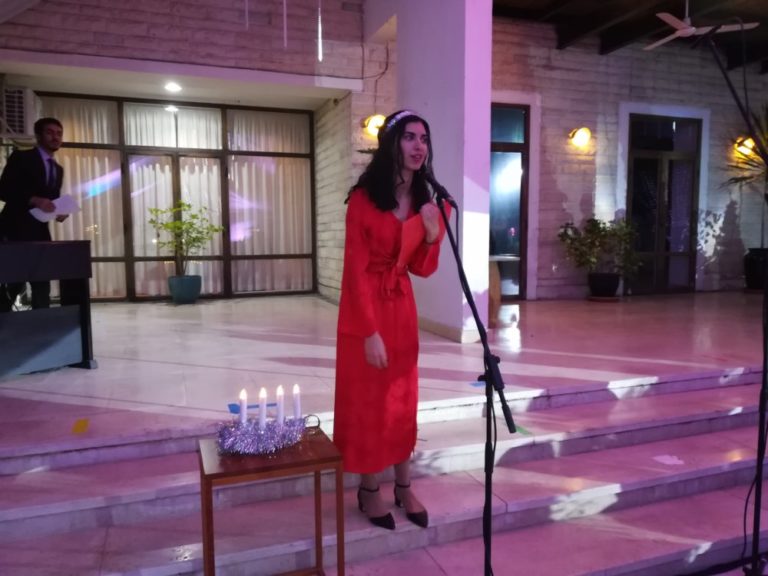