EgyptIan renowned actor Asser Yassin who was, together with superstar actress Nelly Karim, last July appointed UN Goodwill Ambassadors by the International Organisation for Migration, has launched a hashtag themed “Let us complement one another”.

Yassin posted a two-minute video in which he addressed a few questions to the various migrants residing in Egypt, focusing on everyday situations and events that occur in Egypt. His point was that such situations concern Egyptians as well as non-Egyptians, and that “we all live through them together”. He drew attention to the fact that Egypt hosts migrants of 145 nationalities; “We are all one”, he stressed. The video was sponsored by the Swiss Embassy in Egypt, IOM, and the Egyptian Ministry of Youth and Sports.

The International Organisation for Migration in Egypt (IOM) had last month held a press conference to announce the appointment of Egyptian superstar actors Nelly Karim and Asser Yassin as Goodwill Ambassadors for the organisation. “Through their wide presence in online and offline media,” the IOM said, “and as Goodwill Ambassadors, Asser and Nelly will advocate for migrant rights, raise awareness on the positive impact of regular migration and the risks of irregular migration, while promoting safe, dignified and regular migration. 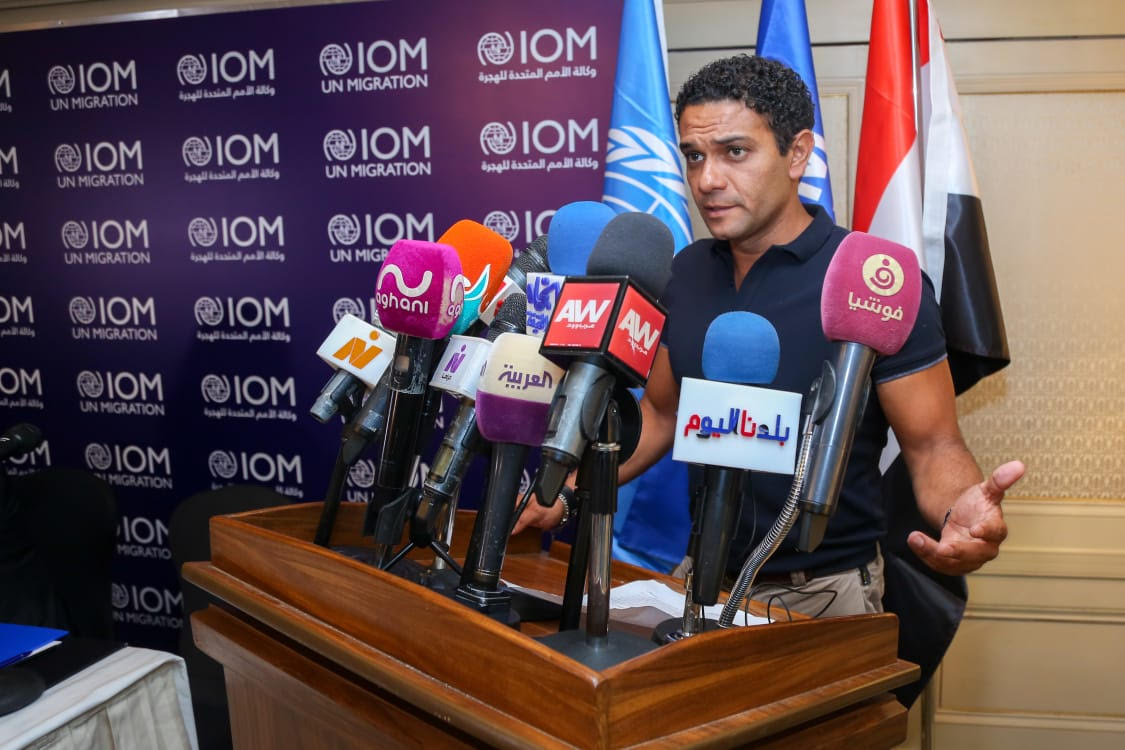 The International Organisation for Migration (IOM) was established in 1951. IOM’s mission expanded from ensuring humane and orderly migration of people to become the leading global United Nations agency working with governments and civil society to advance the understanding of migration issues, encourage social and economic development through migration, and uphold the human dignity and well-being of migrants.

IOM has more than 480 offices worldwide, with more than 10,000 staff working in over 150 countries worldwide. Currently 173 countries are Member States to IOM and a further eight states hold the Observer status. Egypt was an observer state to IOM since 1974 to 1991, when it became a full-fledged member. 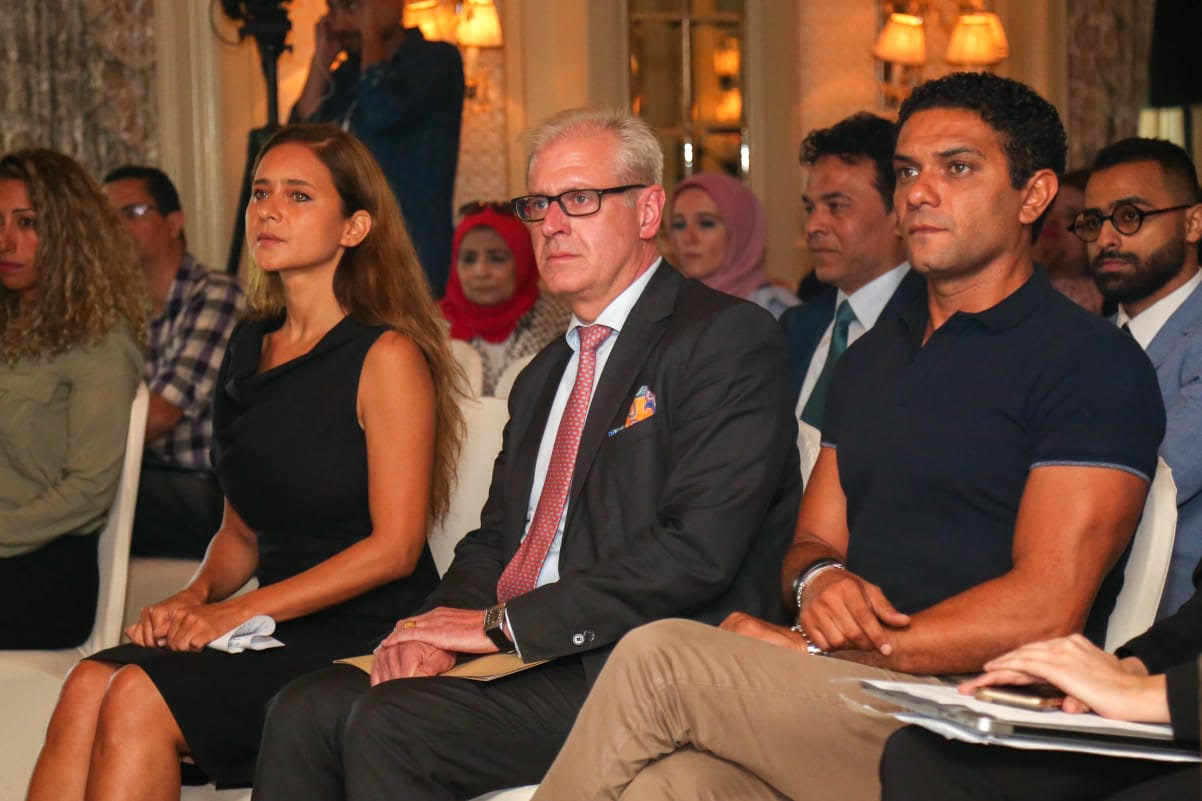 Asser Yassin is an Egyptian actor, writer and film producer. He has a degree in Mechanical Engineering from the American University in Cairo, and has received awards as best actor from Festival International Cinema Mediterranean Tetouan in 2015, Malmo Arab Film Festival in 2011, and Carthage Film Festival in 2010.

Nelly Karim is an Egyptian film and television actress who started her career as the Cairo Opera House’s prima ballerina. She starred in critically-acclaimed productions, choosing stories and roles that highlight some of the key challenges and struggles affecting women and society at large. Nelly has received many distinguished international awards, including best actress awards at the Cairo International Film Festival, the Arab Film Festival, Asia Pacific Screen Awards, the Kazan International Muslim Film Festival, Murex d’Or, and others. She was also a jury member at several regional and international film festivals such as the Venice Film Festival and Abu Dhabi Film Festival.

“Nelly and Asser are not only famous talents. They are humane and sensitive to others. They are looking at the inner part of each of us and talk to us to unleash our hidden talents and seek for compassion and emotions” said IOM’s Chief of Mission to the Arab Republic of Egypt, Laurent de Boeck.

“I am deeply honored and delighted to have been appointed as IOM Egypt’s Goodwill Ambassador alongside my colleague and dear friend Asser Yassin. I am excited to work with Asser, the IOM team, migrants and all stakeholders on projects that will raise public awareness on this important issue and support the migrant community in Egypt. I look forward to learning more and to the opportunities that we will create for migrants together.” said Nelly Karim in her speech. 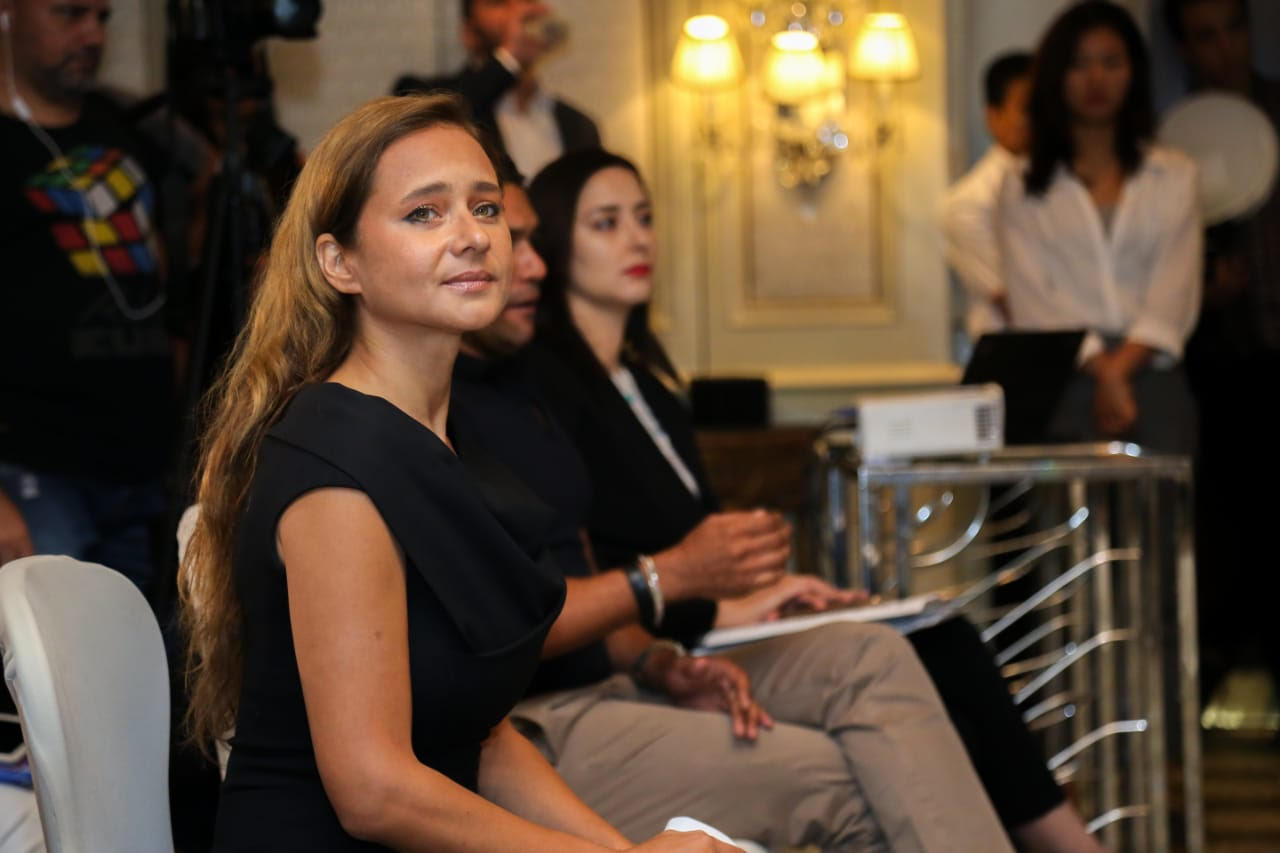 “There is no weakness without strength, no morning without night and no white without black. I exist because he exists. If we really understand the significance of this definition, we will all definitely be in a better world,” Asser Yassin said. 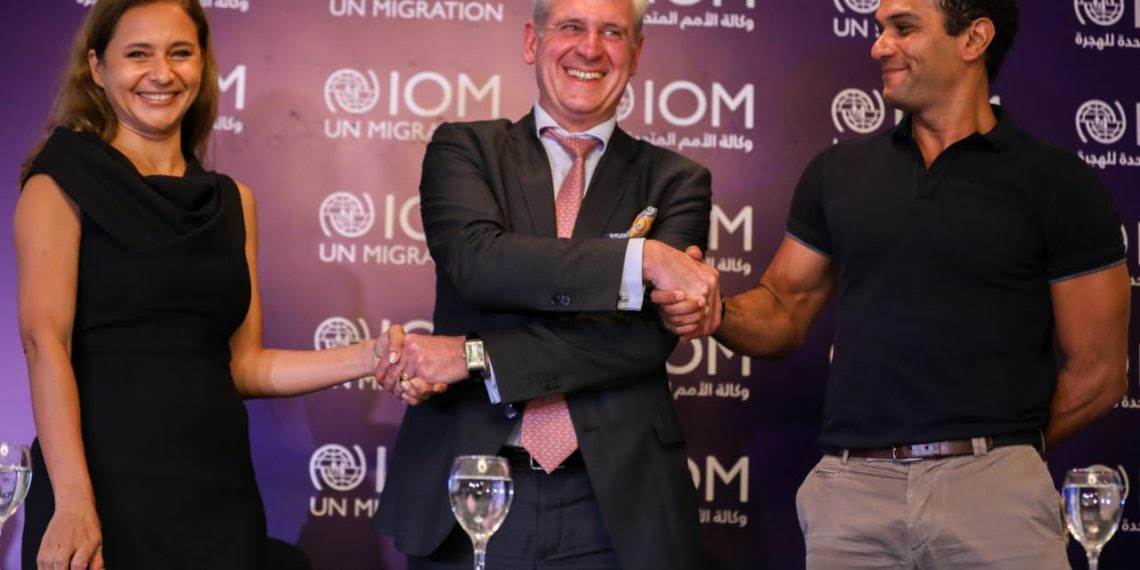 This collaboration will work to support the achievement of the United Nations’ Sustainable Development Goals (SDGs) in numerous ways by promoting the efforts of IOM Egypt. Specifically, Goal 10: Reduced Inequalities, Goal 16: Peace, Justice and Strong Institutions and Goal 17: Partnerships for the Goals. It will also contribute to the objectives of Egypt’s Sustainable Development Strategy (SDS) Vision 2030, particularly its Social Justice Pillar, and the National Strategies for Combatting Illegal Migration and Trafficking in Persons of Egypt. 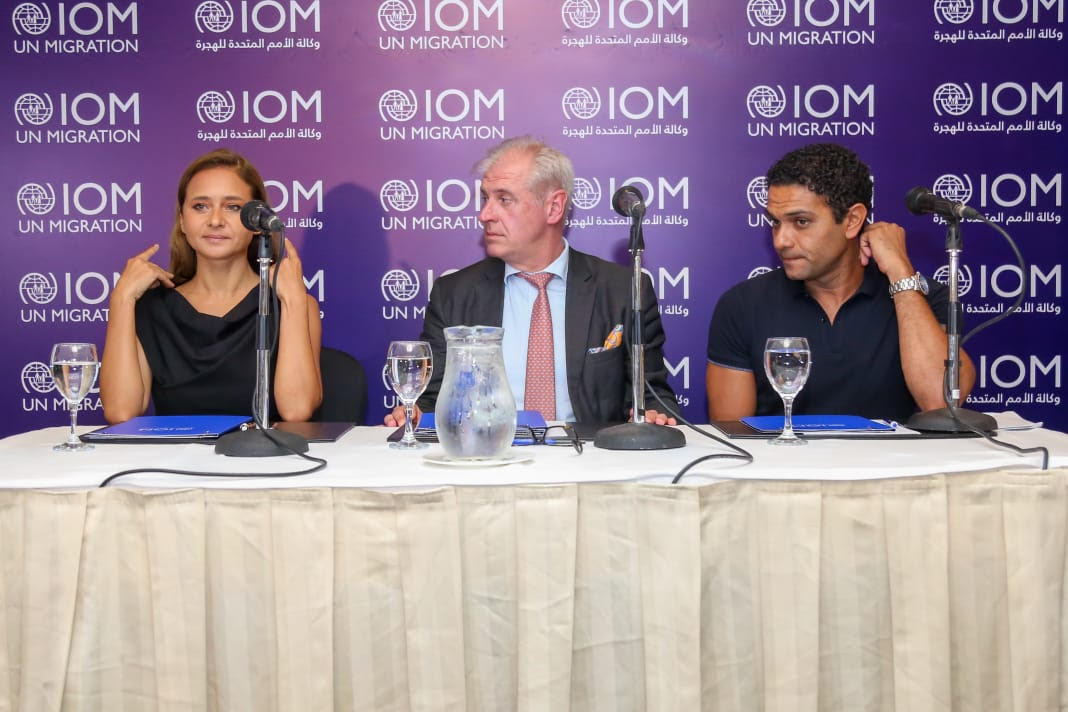