Egypt’s Ministry of Environment department at Port Said, the Mediterranean port city east of the Nile Delta, has issued a statement reporting that the coast guard at Port Said had found a dead sunfish on the shore. A team from the nearby nature reserve of Ashtoum al-Gamil moved to the scene where the sunfish was reportedly found to investigate the matter. They identified the 400kg fish as the rare Mola Mola which lives in deep waters tropical seas.

Al-Beyali Abu-Hatab, head of Ashtoum al-Gamil said that Port Said local authorities provided a loader which moved the sunfish the Ashtoum nature reserve where it will be studied to know the reason for its death.

The ocean sunfish or common mola is the heaviest known bony fish in the world. Adults typically weigh between 247 and 1,000kg. The species is native to tropical and temperate waters around the globe. It resembles a fish head with a tail, and its main body is flattened laterally. 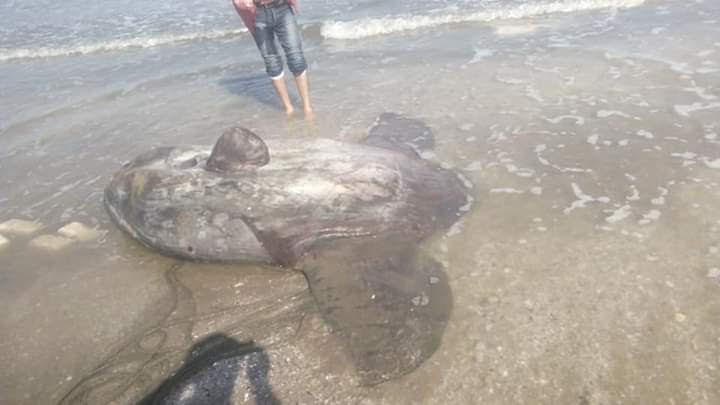