A collection of archaeological artefacts that date back to ancient Egypt has been moved to Cairo International Airport Museum, scheduled to open shortly in Hall 3.

The collection, which came from the stores of the Egyptian Museum in Cairo’s Tahrir Square and the Suez National Museum, includes three mummies decorated with gilded cartonnage and painted scenes, also a set of canopic jars and a bronze statue of a winged goddess Isis, as well as statuettes from the Greco Roman era.

Mostafa Waziri, Secretary-General of the Supreme Council of Antiquities, said that the transport process was carried out according to internationally recognised scientific methods, with each item packed individually inside a special box lined with reinforced foam and supported with metal straps to absorb any vibrations during the transfer.

Moamen Othman who heads the Ministry’s Museums Department, explained that the 12 pieces included in the collection pieces had been carefully selected by the Supreme Committee for Museum Scenarios to enrich the Cairo airport museum exhibits. He said a new museum was planned for Hall 2, on a 150 square meter area. 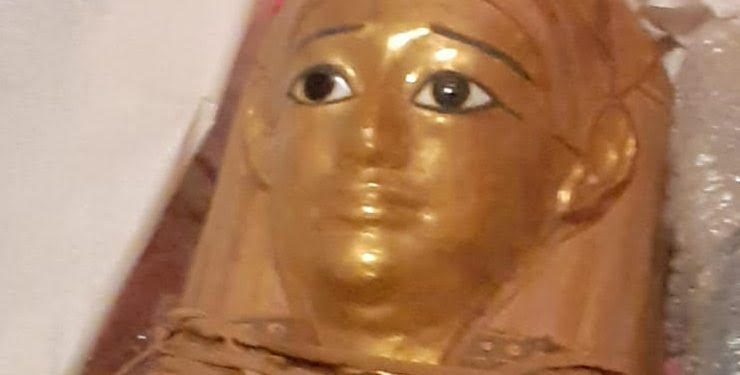