I address Islamic scholars: teach the young that there is no conflict between loving Allah and loving your homeland. Teach them that loving your country, singing the national anthem, and honouring your flag is no sin.

We are now, every day, all over the world, faced with Muslims who kill in the name of Allah. Most of them are young people, and they believe that their love for Allah dictates that they should kill anyone who does not hold their same faith in Allah, or anyone who believes that homelands or countries warrant love and loyalty that precede love for an Islamic State. Muslim young people are brainwashed into believing that countries are man-made divisions that should not exist in the first place; the only ‘country’ is the ‘Land of Islam’ and the only constitution is the Qur’an. Belief in any other nationality is for them a form of apostasy that should be battled. Hence the killing of military men and policemen, also civilians be they Christian or Muslim, men or women or children, for the mere reason that they vow allegiance to their countries and countrymen, not to a pan-world Islamic State. So the killing of people who believe in their countries and live peacefully in them has become holy ++jihad++.

Can we forget that a former Muslim Brotherhood Supreme Guide, Mahdi Akef, once explicitly said: “Egypt?! Toz f Masr”; ‘Toz’ is a derogatory expression that is here used to denote that Egypt is worthless and matters not a trifle. Mr Akef was speaking in an interview printed in the Cairo daily paper Rose al-Youssef on 9 April 2006; his words came in the context that Egypt should have a Muslim president even if he were not Egyptian—a Malaysian or Pakistani would be fine so long as he is Muslim—but definitely not a Christian Egyptian.

The blood of those who died for their faith and their country cries out against the killers; the bereaved spouses, children, mothers and fathers of those who died lie among us and demand an end to the dark thought that led to the death of their loved ones.

I call upon Islamic scholars to reform the religious address that embraces death and darkness as a culture, and to give youngsters teachings that prise them out of the clutches of the satanic culture of death.

Even as Mr Abdel-Nour wrote the above opinion, Watani received a very disturbing note from one of our readers, Hany Sabry Labib, who wrote that, contrary to the enlightened thought demanded by Mr Abdel-Nour, dark thought is still being propagated by none else than those who should have countered it.

Mr Labib wrote that Abdel-Hady Zarei who heads the Fatwa Committee at al-Azhar, has written against Christians and the Christian faith. The Cairo-based Al-Azhar, the history of which goes back to the 10th century, is the topmost Islamic institution in the Sunni world; fatwa is Islamic legal opinion.

Mr Labib reports Dr Zarei as saying: “Do you see how these lost souls [meaning Christians] place their god [statue of Christ] on a pedestal and bow to him, after they had restored him and repainted him? If he were god, why was he not able to maintain himself so that they had to carry him to a paintshop and renovate him? And will they be able to find spare parts for him?”

The flagrant disdain with which an authoritative figure like Dr Zarei speaks of the Christian god and his followers is a message addressed to Muslims that Christianity warrants no respect; worse, that Christians are idol-worshippers whom Islam considers apostates deserving of death. Did Dr Zarei say his words out of contempt for Christianity or out of sheer ignorance of the fact that images, icons, and statues are used by Christians to serve the ends of worshipping their God and maintaining fellowship with His saints, and are not in themselves objects of worship? Neither contempt not ignorance are acceptable of a man who is an alleged scholar charged with fatwa.

Dr Zarei’s words contribute to brainwashing Muslims and propagating erroneous information that spreads disrespect and hate of Christians, and works to set one sector of the population against the other.

Mr Labib concludes his message by demanding that al-Azhar should investigate Dr Zarei’s behaviour, and remove him from the Fatwa Committee.

Habib Abdel-Nour is a rights activist, and Founder and Head of the NGO Egypt Lovers Organisation 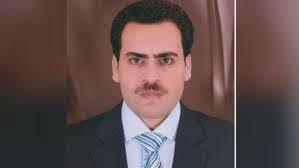