When the intellectual turns against reason

The fact is that, following the first round of presidential elections last month, Egyptians are now left with a choice for president between the Islamist Mohamed Mursi and the

The fact is that, following the first round of presidential elections last month, Egyptians are now left with a choice for president between the Islamist Mohamed Mursi and the liberal Ahmed Shafik, who is nevertheless seen by many as fuloul, meaning someone who belonged to the Mubarak establishment.
Even though each stands for a very obvious objective: Mursi stands for the Islamist State while Shafik stands for the civil State—it stunned me to see liberals, who are by definition opposed to a religious-based State, announce they would vote for Mursi, 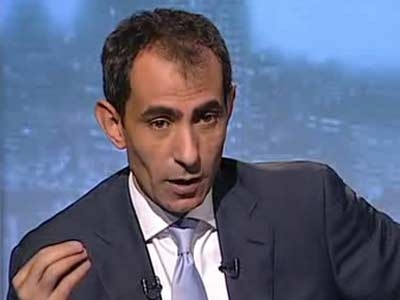 merely to oust Shafik. Among them were top-rated writers such as Bahaa’ Taher and Alaa’ al-Aswani, prominent filmmakers including Khaled Saleh and Amr Waked, and media persons with an effective role in forming public opinion such as Mahmoud Saad and Yusri Fouda.
Look around you
The argument the liberals used for supporting Mursi was that their conflict with the Islamists was not criminal but political, and that they would do anything to ban the return of a corrupt regime.
My opinion is that these creative liberals are overlooking the fact that the battle between Mursi and Shafik is no mere presidential contest; it is a battle over the future of Egypt. Will post-Revolution Egypt metamorphose into a civil State that endorses equality, freedom, and citizenship rights; or will it be an Islamist State that is inherently against human creativity?
The 25 January 2011 Revolution was a unique movement that managed to change a regime in 18 days. It was only possible for such a revolution to occur under a civil rule; there is no similar precedent under any Islamist rule where an opponent is practically branded an infidel. One has only to look at a great country like Iran to know how near-impossible it is to shirk off an unwanted Islamist regime.
In my opinion, the recent stance taken by the liberals constitutes a betrayal of civil society. It is as though they have taken a stand against freedom and citizenship rights, against Copts and minorities whom the Islamists see as second-class citizens. Anyone who doubts this needs only look at the fatwas (Islamic legal opinion) honoured by the Muslim Brotherhood (MB), which ban the building of churches or the appointment of non-Muslims to leading positions, and which pronounced writers and artists such as Naguib Mahfouz and Adel Imam as apostates.
No promises kept
More importantly, the liberals have overlooked the fact that throughout their history the Islamists have never honoured their promises, in fact they never attempted to conceal that they believe they may use any means to reach their end, even if this temporarily went against their principles.
In recent times, the Islamists promised not to bring hegemony to the political scene, yet they went ahead and took over parliament and are today contesting the presidency, a move they had pledged not to take.
I cannot help seeing the liberals’ stance as that of the man in the famous joke who plucks out his eyes so as not to see his wife, whom he hates immensely.
A couple of weeks ago, the Cairo weekly magazine al-Mussawar issued a booklet under the title What these thought of the Brotherhood which included a collection of opinion pieces on the MB written in the 1950s by prominent liberal Egyptian writers. That was in the wake of the crisis between the MB and the 1952 Revolution regime, in the wake of the MB’s attempt on the life of the then president Gamal Abdel-Nasser who refused to give them the power they coveted.
As I leafed through the booklet, I felt the spirits of these great men—among whom are Taha Hussein, Mohamed al-Tabie, Ali Amin, and Kamel al-Shinnawi—hovering over the Egypt of today, sensing what is going on and sharing in our fears and woes.
When life is cheap
The great enlightenment figure and educator Taha Hussein wrote under the title When human life is cheap, this is sedition, denouncing the carefully planned violence and political assassinations by the Brotherhood, behaviour which strongly reminds of the MB threats today if the [overwhelming Islamist-majority Parliament] were disbanded by court ruling. Hussein wrote: “We wake up one day to discover that a number of us have planned death, terror, and extermination of their brothers in the homeland, theirbrothers in religion, their brothers in life which we all revere. Why all this evil, why all this ignorance, and why has life become so cheap in the name of Islam?
“We have to ask for deliverance of this plague. Human beings have learnt to combat physical plagues; when will they learn to cure the plague that attacks souls and minds by tempting them to evil to fill the land with corruption and injustice.”
For his part, the “Prince of Journalism” Mohamed al-Tabie wrote several articles 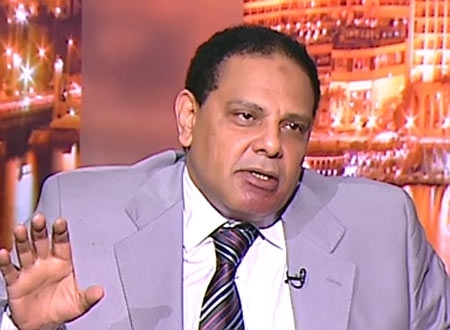 asking why the MB group was not disbanded since, he reminds us, what should have been a religious group has turned into a politically violent group. In scathing sarcasm, he wrote: “The group has nothing to do with politics. Its activities are all religious, cultural and social. The assassination of Nuqrashi Pasha (Prime Minister during the 1940s) in 1948 was a religious deed; the assassination of Judge Ahmed al-Khazindar, also in 1948, was a cultural feat; and the attempt to blow up the Cairo Court of Appeals was a social effort.”
“My heart bleeds”
Tabie wrote of the law proposed then to pardon all political prisoners who had been convicted before the 1952 Revolution, which strongly brings to mind the similar draft law today before our Islamist-majority parliament. In the great journalist’s opinion, the law was tailored for the Islamists. Today too, the bill is seen as such.
Another prominent journalist, Ali Amin who together with his twin Mustafa founded in the 1950s the Cairo weekly Akhbar al-Youm and the daily al-Akhbar—both papers grew to be among the top-ranking Egyptian papers—wrote on how Egypt would be under MB rule. He expected many foreign businesses in Egypt to close down because they would find it difficult to follow rules that were originally drafted 14 centuries ago. He foresaw our streets void of tourists and women, and our schools without the teaching of foreign languages. Did Amin follow the identical notions today being discussed in Parliament? Sarcastically, Amin expected that eye and ear doctors will have to close their clinics because, whatever happens, Egyptians will be allowed neither to see, listen, or understand.
My favourite quote, however, is from the gentle moan by the poet Kamel al-Shinnawi who wrote: “I am grieved that there is not merely one person, but a whole group of people, who make death and ruin their business. And my heart bleeds at the thought that this is done in the name of Islam.”
Indeed, even if they are dead, they yet speak.
WATANI International
10 June 2012

When will officials drive their own cars?

Egyptians and COVID-19: The unacceptable