The Coptic Orthodox Diocese in Qena, some 580km south of Cairo, recently opened its doors for a visit by a group of schoolgirls at the local Azhari school. Al-Azhar is the world’s top most authority on Sunni Islam; it has a university based in Cairo and schools and institutes all around Egypt. Conservative Muslim parents often send their children to al-Azhar schools to teach them Islam-based ethics.

It was the first time in Qena for Azhari students to visit a church.

Father Bishoy Narouz, deputy director of Qena Diocese welcomed the young women students, and guided them on a tour of the Bishopric. The students took keenly listened to the explanations and the history of the building, took photographs, and expressed their happiness at the visit. 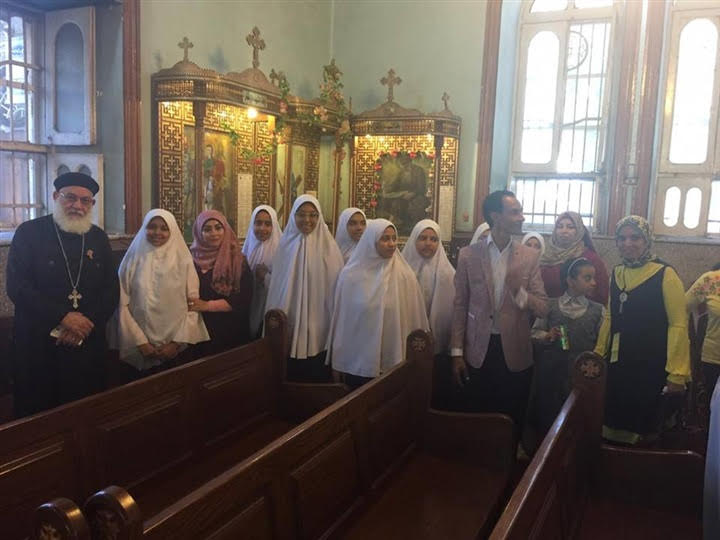 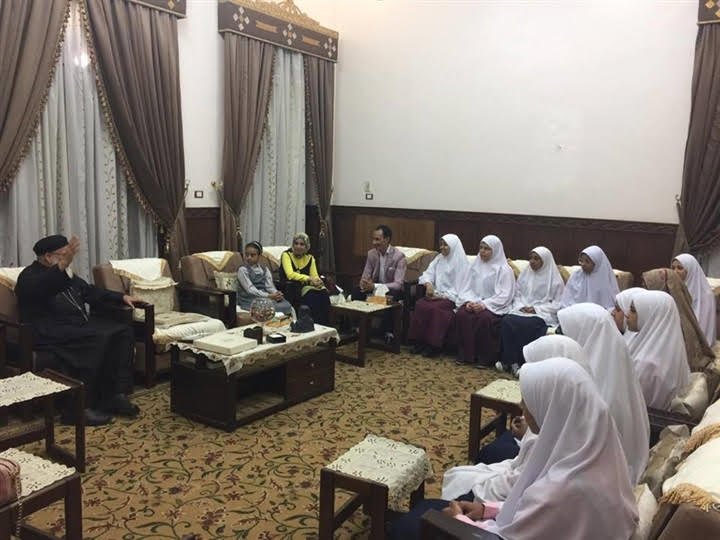