Once the holy Muslim month of fasting from dawn to sunset, Ramadan, began on 17 May, Coptic churches nationwide prepared to share in the charity activities it is famous for.

Church Scouts teams from the churches of Hadayeq al-Qubba in Cairo helped pack boxes with food supplies for the needy families. Some 35 young men from the scouts teams joined voluntary workers of the Muslim charity Misr al-Kheir Foundation (MEK) to pack 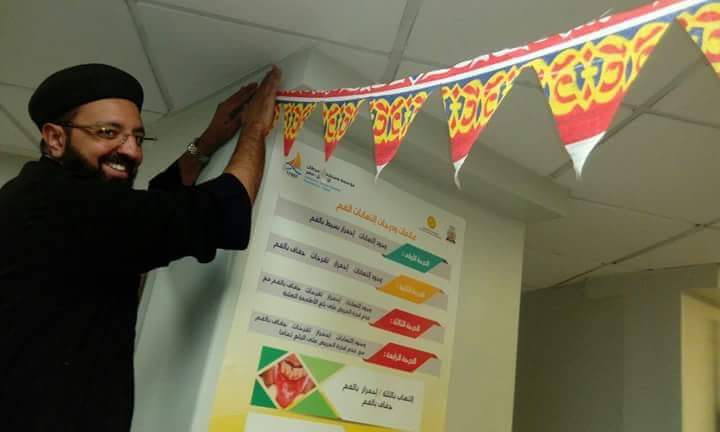 855 boxes that include 25kg of food supplies each. These boxes are distributed in underprivileged areas all over Egypt in a MEK campaign titled “Feeding 10 million fasting people”. launched by Misr al-Kheir Foundation.

The scouts teams also took part in preparing mawa’id al-iftar, tables set up in streets to serve iftar meals to the needy or to anyone who might be passing by at sunset, to break their fast.

Cairo famous hospital for children with cancer, famous as 57357, received a visit from Catholic Church members, headed by Fr Boutros Daniel, to decorate the wards for Ramadan by handing streamers and the traditional Ramadan lamp: the fanous.

Churches nationwide are also preparing for the by-now traditional ‘national unity tables’ which were first set up in 1985 by Pope Shenouda III. These are events held by churches to gather local Muslims and Copts, including officials and prominent community members, over iftar tables for a show of solidarity and sharing of tradition.