“From Egypt’s heart: peace to Beirut” was the theme of a candlelight vigil held in Cairo by Egypt’s Red Crescent to express sympathy and solidarity with the victims of Beirut port blast that occurred on 4 August 2020. Heading the vigil was Nevine al-Qabbag, also written Kabbag, Minister of Social Solidarity and Vice President of Egypt’s Red Crescent.

Ms Qabbag lauded the resilience and strength of the Lebanese people in face of crises, and stressed that Egypt supported Lebanon during these hard times with all its might.

Egyptian President Abdel-Fattah al-Sisi, Ms Qabbag said, gave directions to airlift relief aid to Beirut; so far, she said, some 160 tons of foodstuffs, medication, medical and protective utilities, blankets, glass panels, and other supplies have been regularly flown to Beirut on military aircraft. Egyptian doctors have joined in field hospitals set up in the city to treat those injured in the blast.

Egypt’s Red Crescent was at the forefront of those who hastened to support Lebanon, together with 10 Egyptian NGOs. Noteworthy is that that Coptic Church was among Egypt’s institutions that have sent aid to Beirut.

Fifty Lebanese children cancer patients are now being treated in Cairo’s 57357 Hospital for children with cancer, Ms Qabbag said, since the hospital in Beirut where they had been treated was among the buildings damaged in the blast.

Ramy al-Nazer, the Red Crescent’s executive manager, said that the organisation’s volunteer workers were raising the Egyptian and Lebanese flags in solidarity with Lebanon’s Red Cross. He said the Red Crescent building in Cairo has been illuminated in the colours of the flags of Egypt and Lebanon, together with the phrase “For the sake of Lebanon”.

Taking part in the vigil was Egyptian former Health Minister Adel al-Adawi who is also member of the board of the Red Crescent. 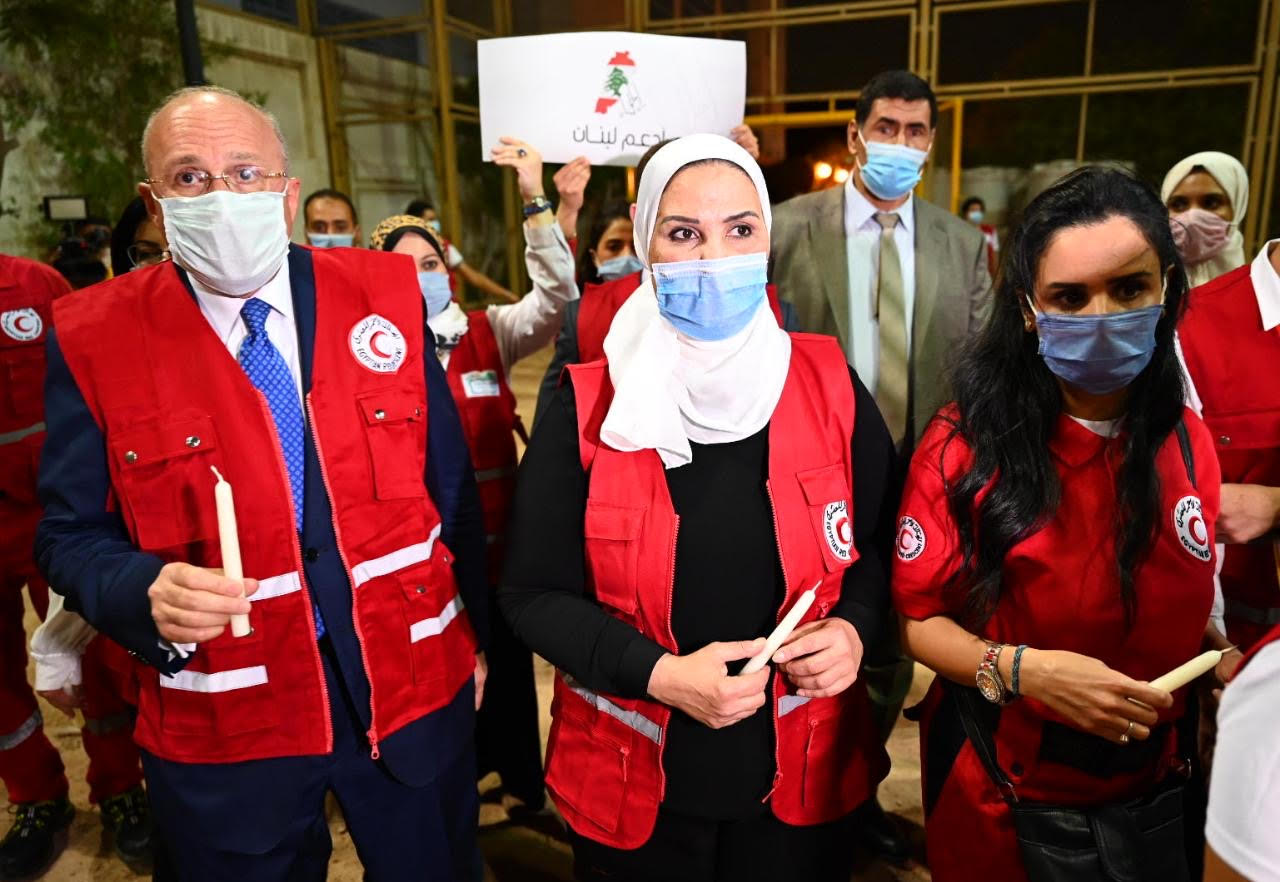 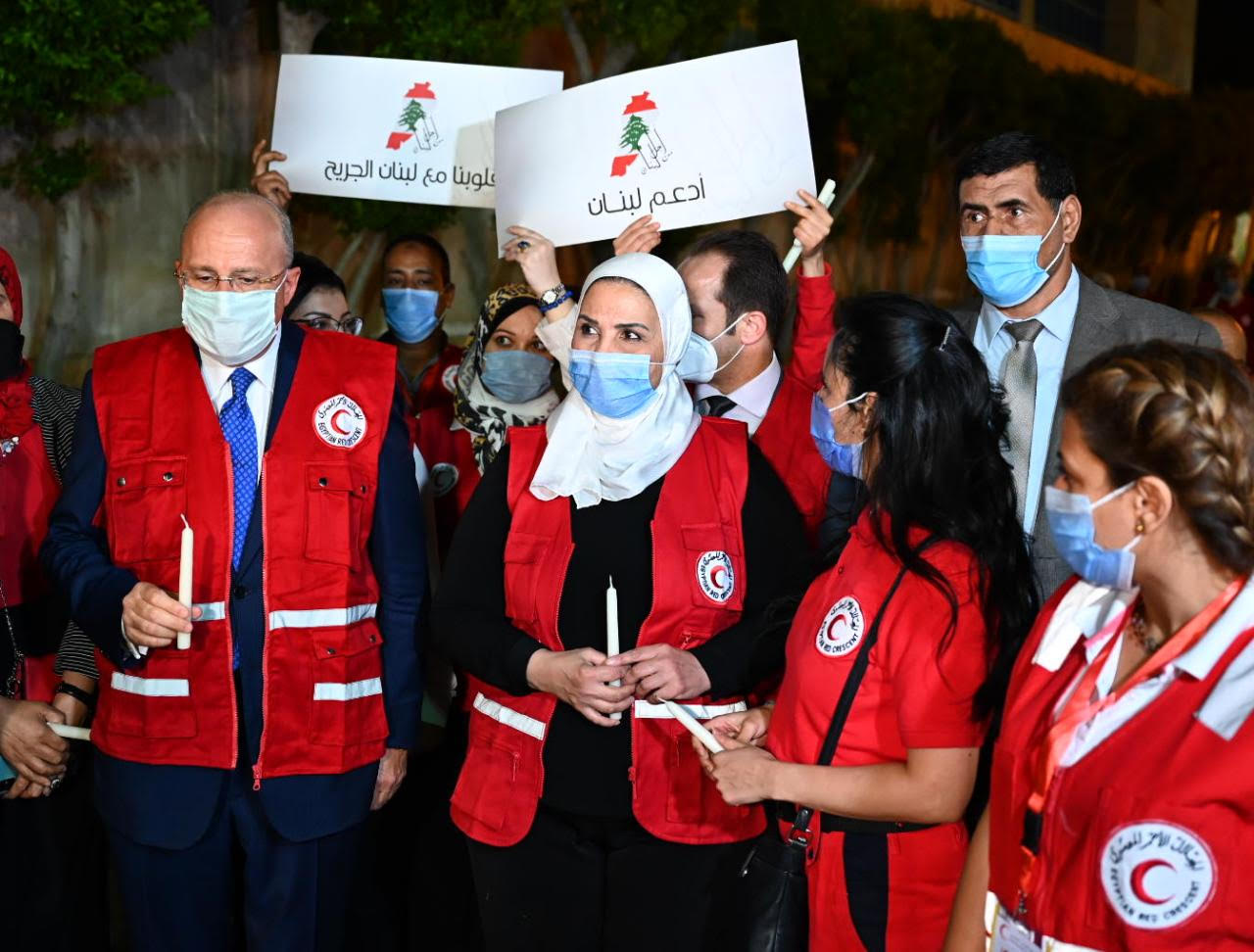 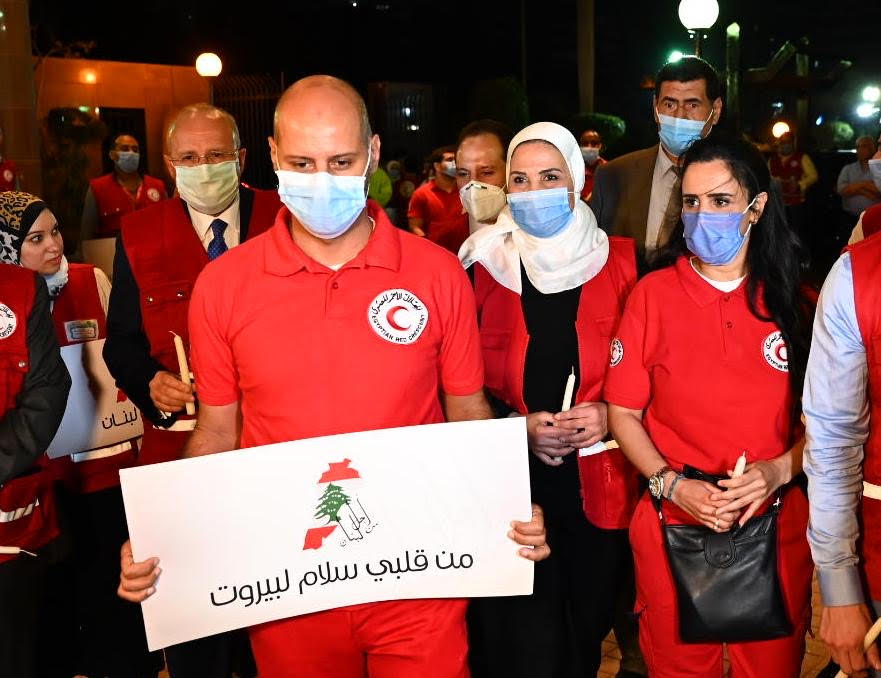