Eleven years on the martyrdom of Hanaa’ Yusri Zaky who lost her life in a devastating explosion at an Alexandria church on New Year Eve 2011, her body has finally been buried alongside those of 23 other Copts who were martyred that evening and buried in a collective tomb at the desert monastery of Mar-Mina southwest Alexandria. 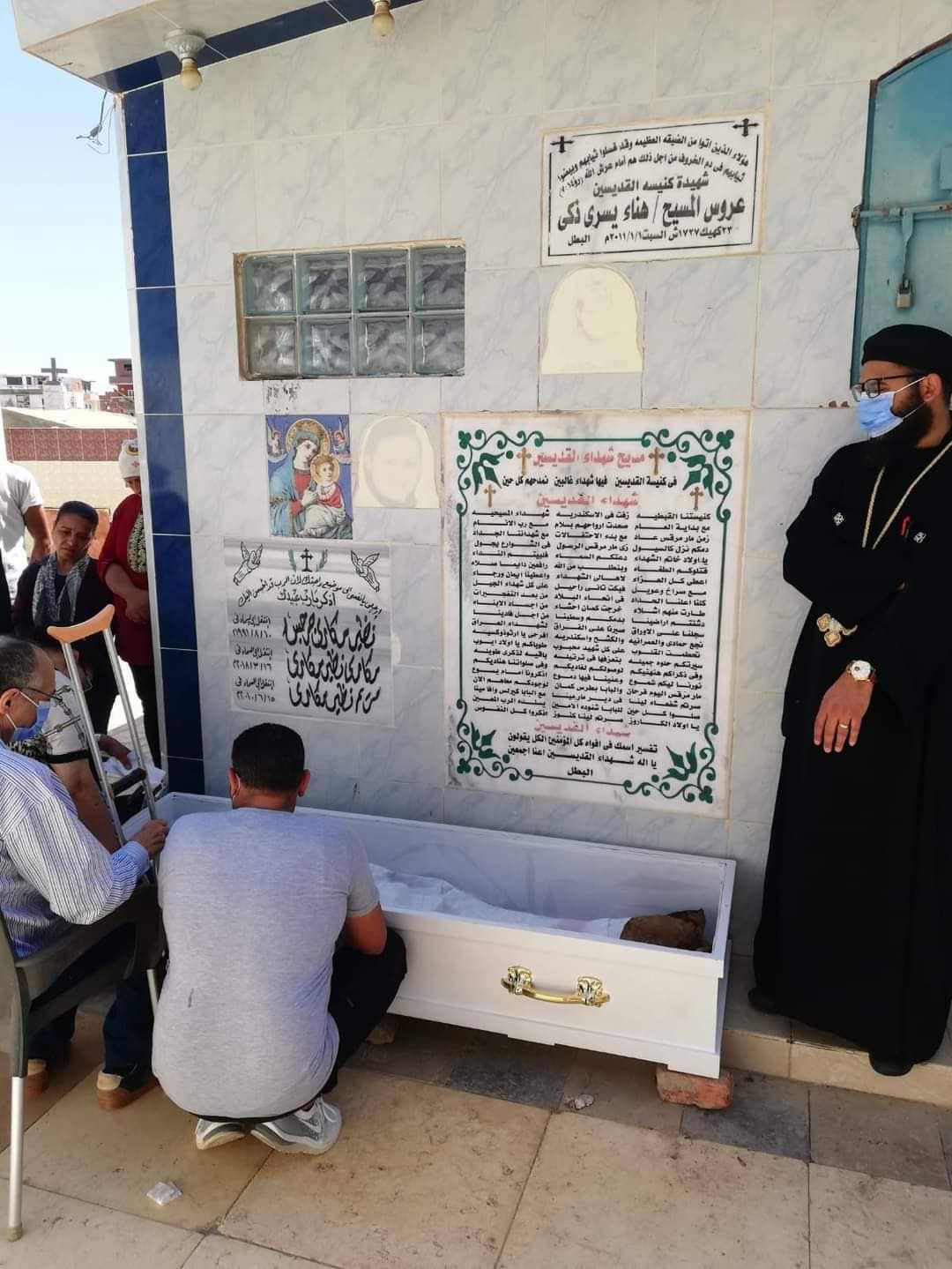 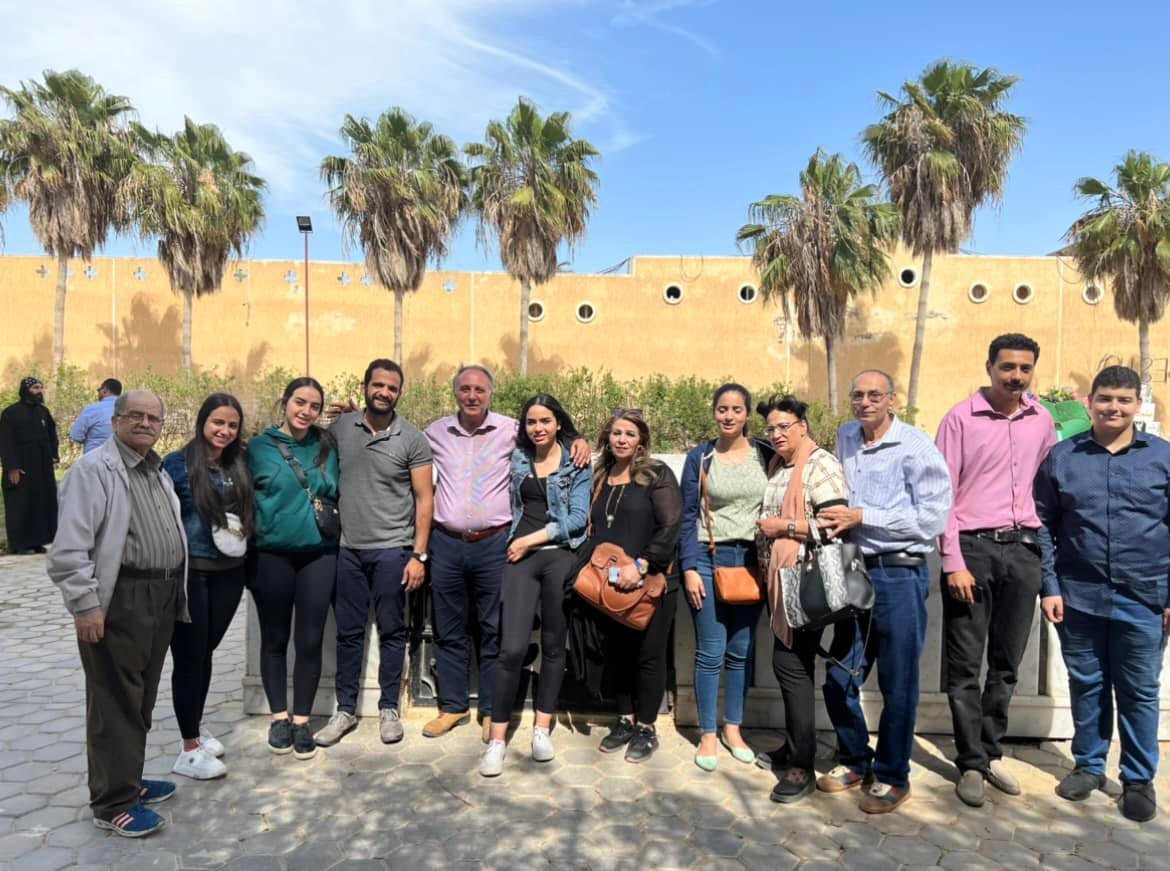 Back in 2011, a bombing had targeted Coptic worshippers as they left church following a Midnight Service on New Year Eve. It claimed the lives of 24 Copts, their bodies blown to smithereens, and left some 100 injured. Two weeks after the bombing, Interior Minister Habib al-Adly announced that investigations revealed that the bombing was the work of the Palestinian Gaish al-Islam (Army of Islam) in collaboration with local Islamist elements. By the end of January the Arab Spring uprising erupted; the case was not pursued by the post-revolution regimes. To this day, no culprit has been brought to justice. The church, commonly denoted as the church of the Saints, was established by Fr Bishoy Kamel (1931 – 1979), an Alexandria priest who is today seen by Copts as a modern-day saint, and who is currently nominated for canonisation by the Coptic Orthodox Church.

Hanaa’ Yusri Zaky was among the Coptic victims of the 2011 New Year Eve explosion. She was born in 1988 in Fayed, Ismailiya, in the Suez Canal region. In 2007 she married Maged Nagy with whom she moved to Alexandria and had a boy, Youssef, who was three years old in 2011. When Hanaa’ died in the explosion, her family buried her body in the family tomb in her hometown of Fayed. The remains of the other martyrs were buried together in a collective tomb at Mar-Mina Monastery where a shrine was especially built for them.

Earlier this year 2022, Hanaa’s family asked Anba Kyrillos, Abbot of Mar-Mina Monastery, if they could move her body to re-bury it alongside the other martyrs at Mar-Mina’s. Anba Kyrillos welcomed the suggestion and the family worked on completing all the necessary papers and administrative measures for the move to take place. Officials in Ismailiya facilitated the procedures, and the family agreed with Anba Kyrillos that Hanaa’s body would be moved some time following the Feast of the Resurrection (24 April). 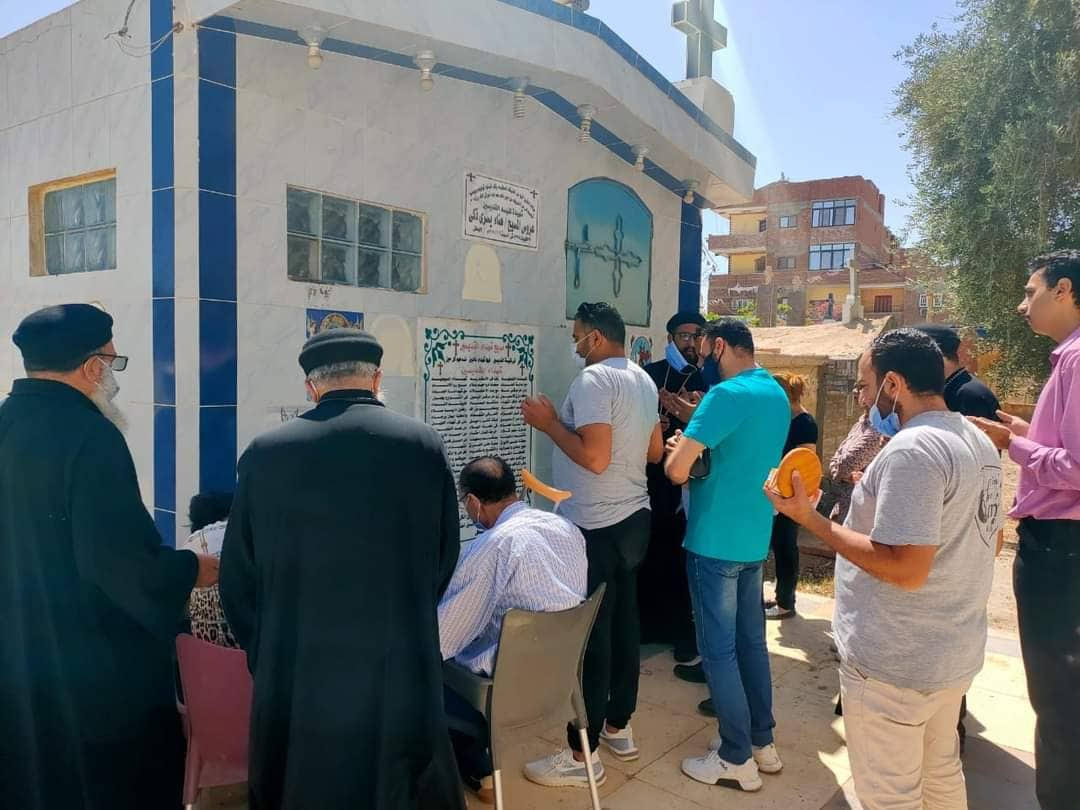 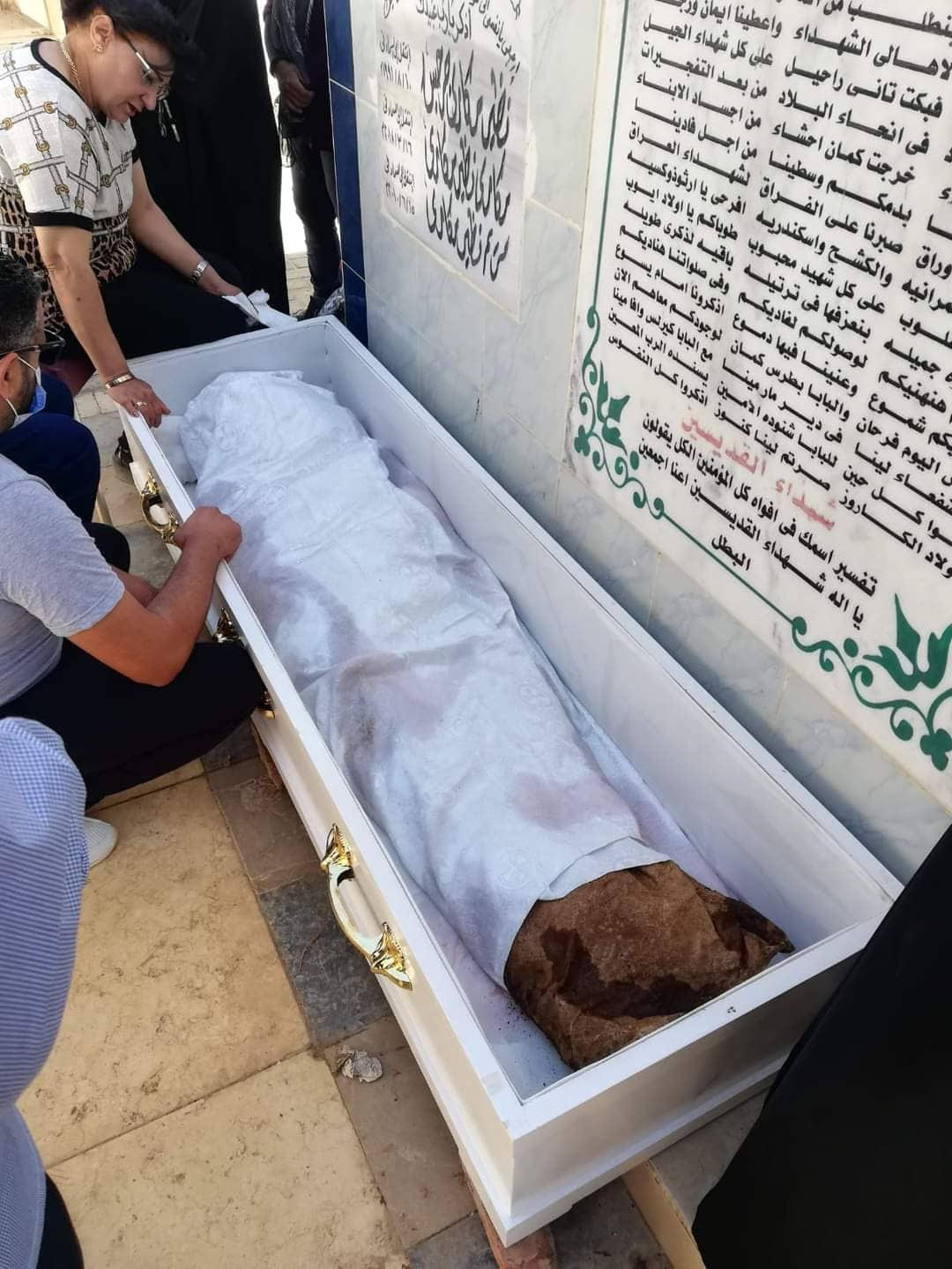 On 10 May a private ceremony was held at the Fayed tomb to prayers by the priests of the church of St George in Fayed. The body of Hanaa’ was taken out of the tomb, re-shrouded and placed in a new coffin. Her husband and son who is today almost 15, and her father and mother were all there.

The coffin was then taken to the monastery of Mar-Mina, some 70km southwest Alexandria, where it was joyfully received by the monks who carried it in a procession of candles and traditional chants to place in the martyrs tomb. 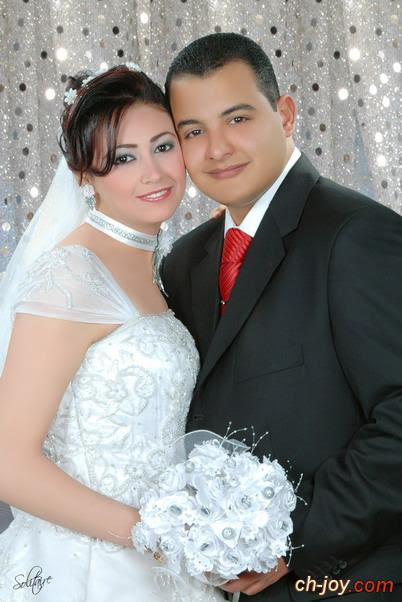 Visitors to the monastery also participated in the welcome, happy to be part of the joyful event. Among the visitors was Fikry Nashed who had lost his wife and two daughters, the young women Mariam and Martina, in the 2011 New Year Eve explosion. Mr Nashed frequently visits Mar-Mina’s and the martyrs shrine where his dear ones are buried; he was elated to be there when Hanaa’s coffin arrived. “Now all the martyrs but one lie in one place here,” he said. He was referring to the martyr Moheb Zaky who is buried in his family’s tomb in Menoufiya in the Delta southern region.

The shrine at Mar-Mina’s houses the victims of the 2011 New Year Eve bombing, and also 13 martyred in a suicide bombing outside St Mark’s Cathedral in Alexandria in 2017. 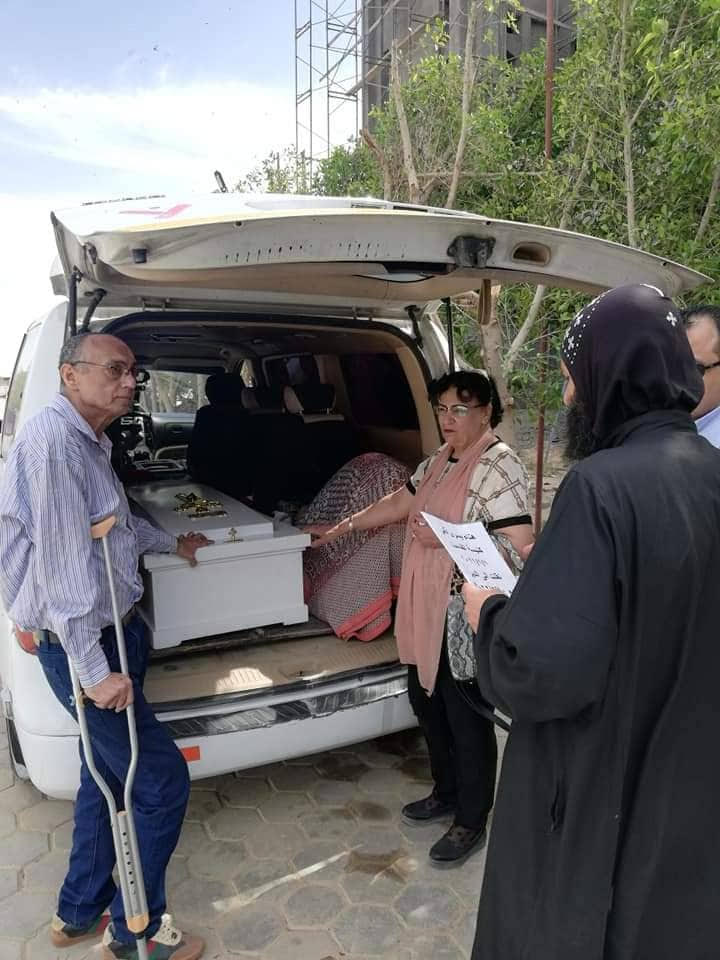 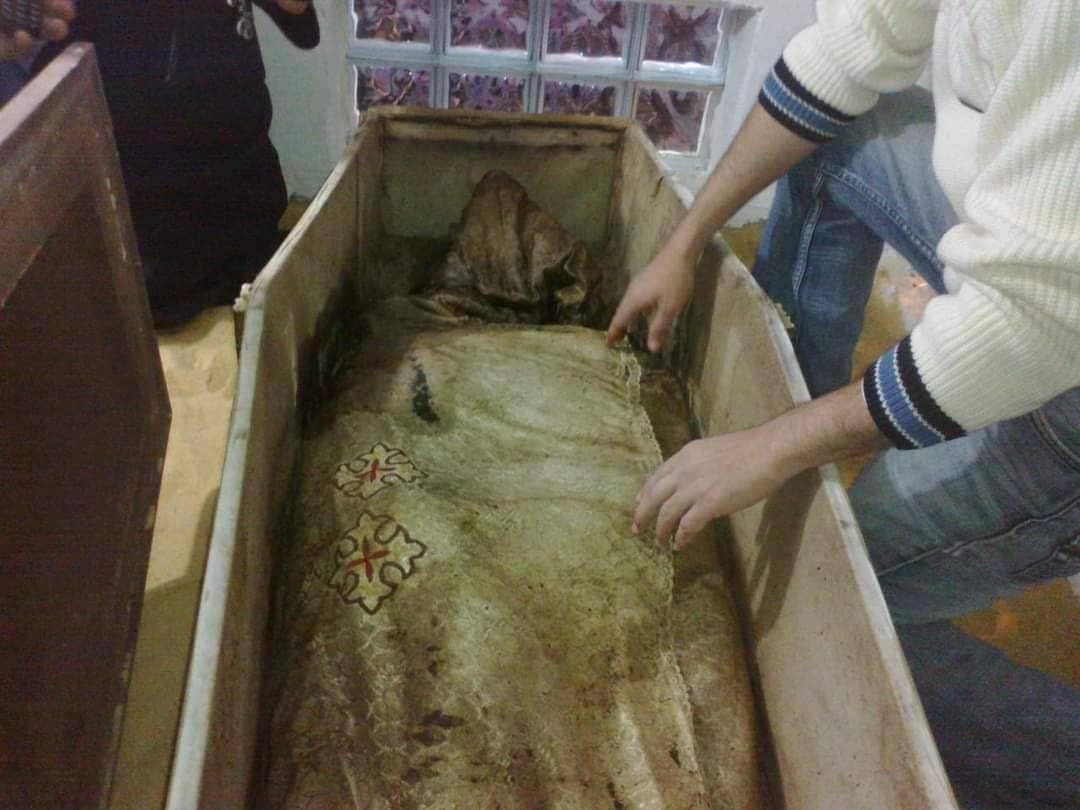