The Coptic Orthodox Church and Pope Tawadros II issued a statement yesterday 30 August, mourning the martyrs of the Armed Forces who paid their lives in recent operations against terror in Sinai.

The Egyptian Armed Forces had earlier released a video statement in which the military spokesman announced that, in combat operations that took place between 22 July and 30 August by the Armed Forces against takfiri terrorists in North Sinai, 77 terrorist elements were killed and seven military men—three army officers and four soldiers—were injured or lost their lives. Takfiris are Islamists who denounce the community as kafir, meaning infidel.

The video statement which was posted on the spokesman’s Facebook page said the army had killed 73 takfiris in raids in North Sinai and had destroyed 317 hideouts and stores which the terrorists had used as shelters and ammunition warehouses. During the raids, 10 four-wheel drive vehicles were also destroyed.

According to the military spokesman, two extremely dangerous militants who were found in possession of two rifles, five magazines, and an explosive belt, were also killed during the operations, in addition to two other takfiris, bringing the toll to 77. One terrorist was injured, the statement said; he is currently receiving treatment and under interrogation at a military hospital.

Furthermore, the statement said, the Air Forces destroyed nine four-wheel drive vehicles loaded with weapons and ammunition that were on their way to illegally cross the western borders. The Spokesman explained that these operations coincide with the intensification of the naval forces’ work that involved mopping-up and inspection of the operation area of the Mediterranean and Red Sea in order to secure economic objectives and secure the coastal strip against any threats. This in addition to activating maritime security measures within Egyptian territorial waters.

In its statement, the Coptic Orthodox Church said it prayed that God would grant the families of the martyrs solace and peace, and the injured a speedy recovery. “The Church will always remain firm in its stance, supporting the Armed Forces in its battle against terrorism, until it uproots it from Egypt and achieves full security and peace for our blessed people,” the Church statement read. 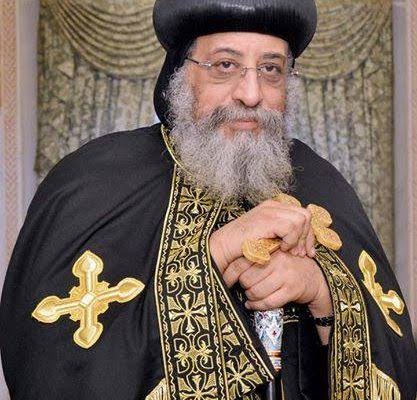