On 31 October, we celebrate the 15th anniversary of the departure of a very special nun and spiritual mother to heaven, that of Tamav Irene [Tamav is literal for “Mother” in Coptic] who departed our world in 2006. Tamav Irene was Abbess of the Convent of the Great Martyr Abu Seifein (St Mercurius) in Old Cairo for more than forty years, from 1962 until she passed away in 2006.

Tamav Irene left behind a never ending legacy of love, spirituality, and holiness, as well as an impactful influence on the lives of countless people, those who knew her personally and those who did not. This precious legacy manifests itself in her life, which has been documented in films, books, testimonies.. etc.; and in her teachings, which can be compared to those of our early Desert Fathers and Mothers. She was and still is a true ambassador of the Lord Jesus Christ and of monastic life. In her, one sees the embodiment of St Paul’s words: “Therefore, we are ambassadors for Christ, as though God were making an appeal through us; we beg you on behalf of Christ, be reconciled to God.” 2 Corinthians 5:20.

Being a representative of Christ was for Tamav Irene a heavenly mission. We read in one of the books published by her spiritual daughters, the nuns of the Convent Abu Seifein, that when she was reluctant to travel to the US for medical treatment, St Mercurius appeared to her and told her clearly that she had to travel. His argument was that many people where she was going did not know much about Christ or monasticism. He told her that her very way she dressed, talked and behaved would testify to Christ. Hence “His act of salvation and His love would through her shine among many, and they would know Him.” Indeed that was what happened. We learn that many of the medical staff, whether in Egypt or abroad, were deeply touched by her, and the lives of some took a totally different turn. Besides, countless visitors came in touch with her, and many miracles took place with her accepted prayers before God. The greatest miracle was that they met Christ in her, and believed in Him.

In January 1970, Tamav suffered from a stomach ulcer and her condition deteriorated so badly that it required surgical interference. St Mary appeared to her in the hospital and performed the operation. However, the British surgeon and the renowned Egyptian surgeon Halim Greiss did not believe her. They thought that she was making up the story to escape the operation. So despite all the pain involved, she obeyed them and went through the surgery. The two surgeons discovered that a miraculous operation had been performed, and hence Tamav’s story about St Mary was not an imaginary one. Dr. Greiss later said that he bent down before her, kissed her hand and asked for her forgiveness for putting her through the ordeal of this then serious operation. As for the British surgeon, he was an atheist, but the miracle he witnessed made him curious to know about Christ. He ended up a Christian, preaching the name of God wherever he went. 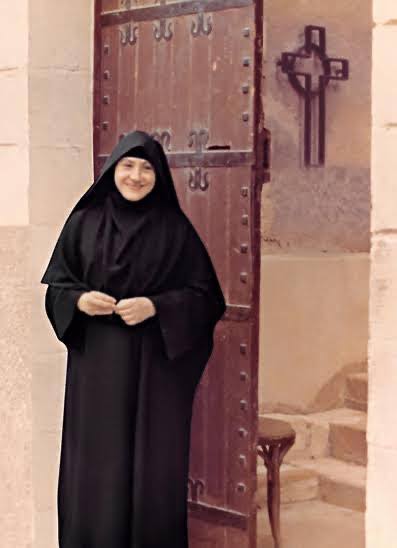 Similar incidents occurred in Europe and the US where in many hospitals she used to give whoever she met leather crosses made by the nuns to. Some refused to take the cross, which broke her heart, making her cry bitterly. She used to feel sorry the One who gave His life for our salvation had been hurt and rejected. Some accepted the cross only out of courtesy; and yet witnessed its power. One of them was a nurse in Cleveland who used to suffer from severe bouts of headache for eight years. She underwent an operation and tired all sorts of pain killers to no avail. The night she got the cross from Tamav Irene, she suffered a terrible fit. While in agonising pain, she saw light coming out of the cross. Immediately, she grabbed it, put it on her head and the headache disappeared at once. And she never suffered from it again. The following day, she went to the hospital and spread the word about what had happened with her. Consequently, many medical staff members came to Tamav asking for crosses. She seized the opportunity and talked about the amazing love of Christ for all humanity and His perpetually open arms for all. Tamav used to go almost every year to the same hospital and meet this nurse.

Regarding monastic life, Tamav Erene has continued, and I intentionally use the present perfect tense, to remain a role model and source of inspiration to all who seek this angelic form of life or are already treading this road and seeking perfection. I personally met and came in touch with many nuns and monks in Egypt and abroad who told me how they regularly read her teachings and try to emulate her. Among them were nuns and monks of St Seloane, a Russian Orthodox monastery in France, who felt happy and proud on reading books and teachings given by an Orthodox figure. Similarly, many nuns came from different parts of the world to Egypt and visited the Convent of St Mercurius. They sought to learn more about the Pachomian life and regulations which she applied on taking headship of the Monastery. They also asked questions about the role of the abbess as a leader and spiritual mother. They unanimously agreed that Tamav Irene is the mother of female monasticism in our generation. Indeed, in Egypt she revolutionised the monastic life as practised by nuns and many of her spiritual daughters, having become abbesses, carried the reform to other convents such as those of St Mary, St George, and St Theodore, to name but a few.

Numerous examples, stories and people stand as witnesses to the uniqueness of Tamav Erene as a true Christian nun. On a personal level, I feel so blessed and proud of having known this amazing nun and mother who will continually remain a source of inspiration and a beacon of light to all of those seeking to know and please God regardless of religion and creed. As a feminist and a scholar of history and literature, I believe that her life and teachings deserve proper academic study, which should take place very soon. 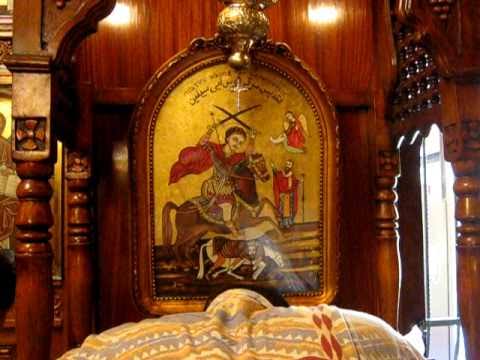