Monday 30 August saw Pope Tawadros II preside over the funeral service of Anba Boutros, Bishop of Shebin al-Qanater, at St Mark’s Cathedral in Abbassiya, Cairo. Thirty-four members of the Holy Synod attended the service, also the priests of the Diocese of Shebin al-Qanater. Amid tight cautionary measures on account of COVID-19, members of the congregation paid their last respects to their beloved pastor. 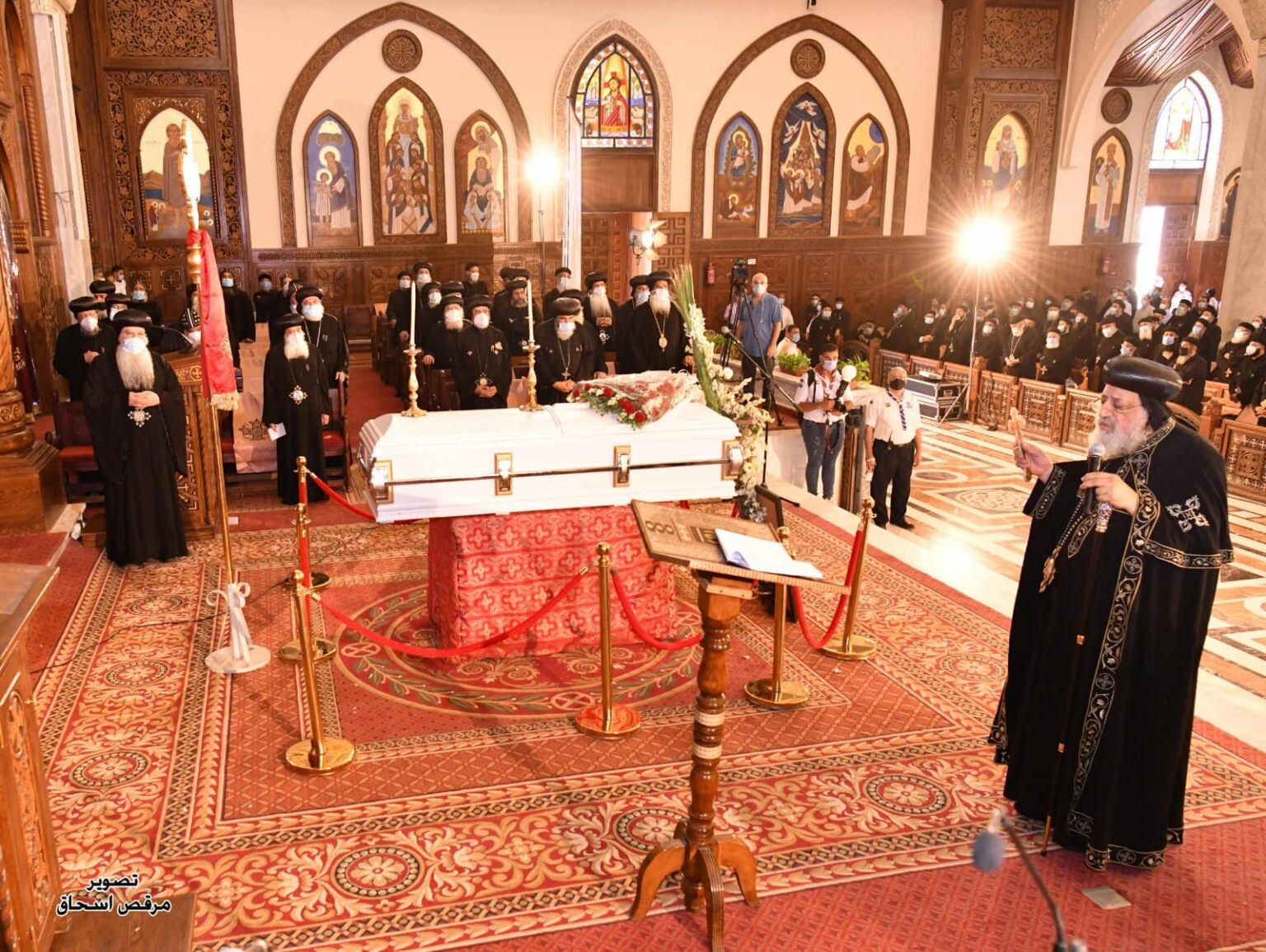 Anba Boutros departed our world on 29 August 2021 at the age of 74, after a short illness. He had been bishop for the past 12 years, following 31 years as a monk at Mar-Mina Monastery some 70km southwest Alexandria. 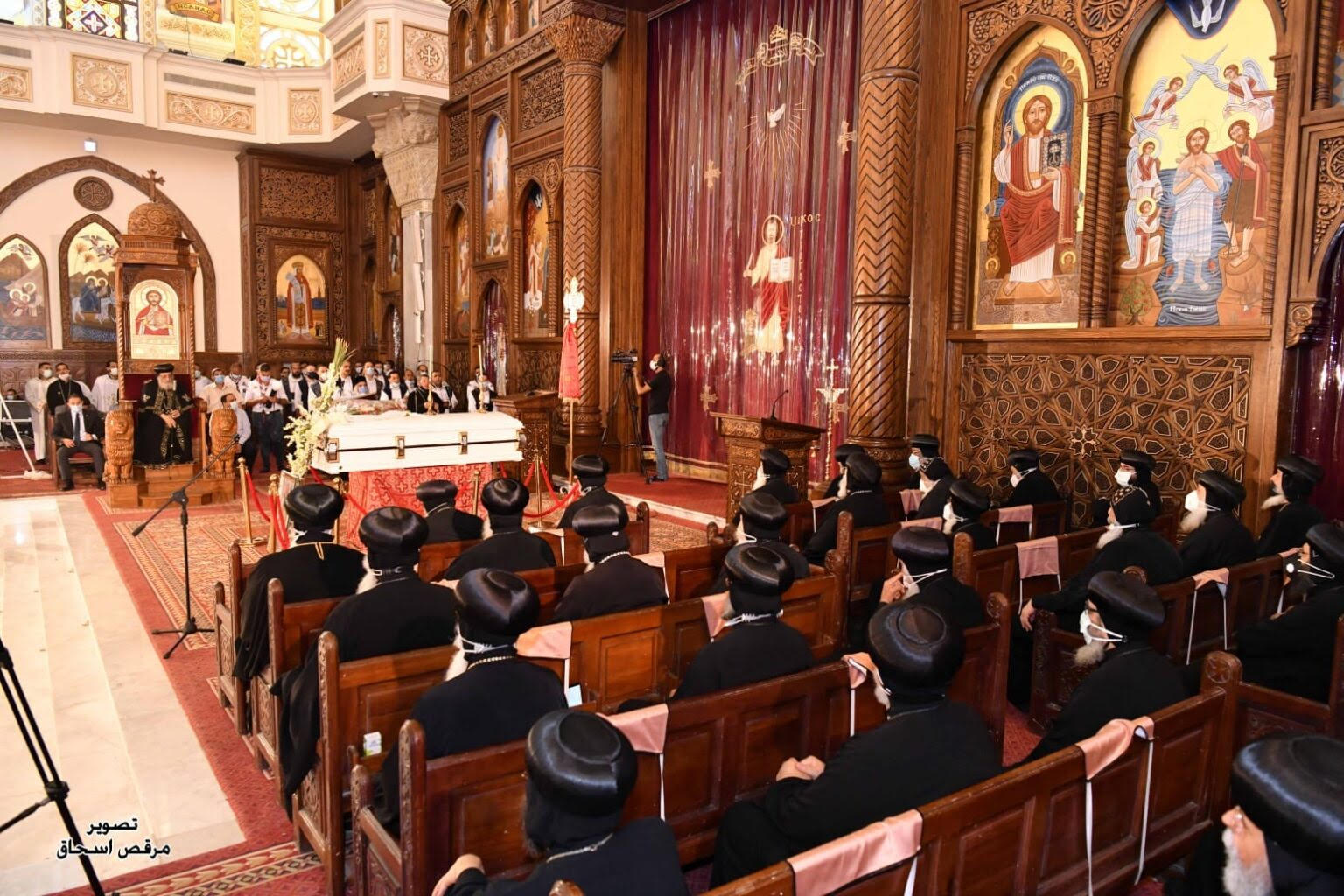 Pope Tawadros gave a word in which he extended his deep condolences to Shebin al-Qanater congregation and priest community for the departure of “our beloved Anba Boutros, the venerable Bishop robed in virtues, and the faithful servant to the Church and her fathers.” 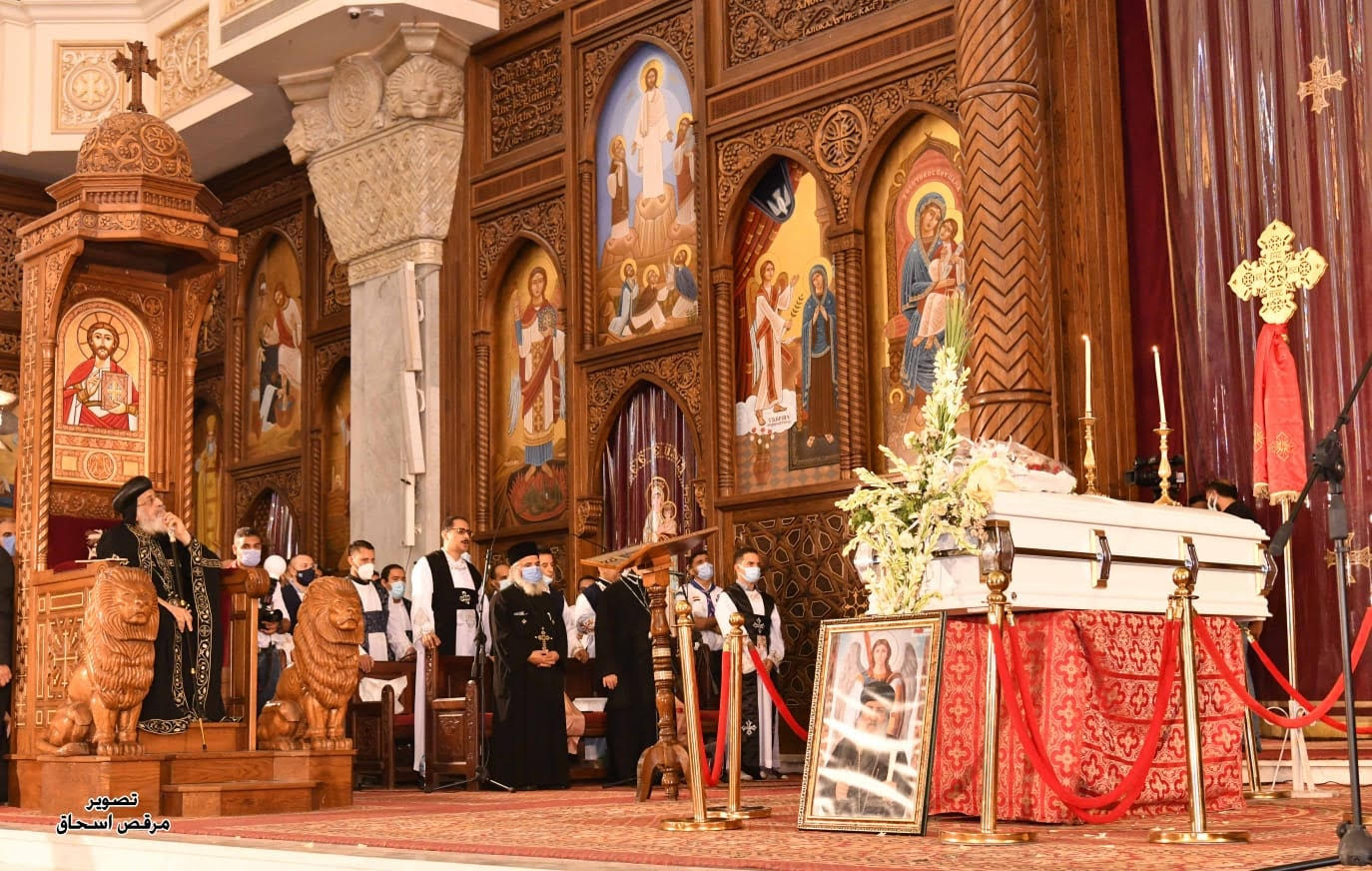 Anba Boutros, the Pope said, had grown in a pious Church-loving family who taught him service of God and Church, and many virtues. His brother was the virtuous Anba Kyrillos who was the Coptic Bishop of Milan, and who departed our world four years ago. 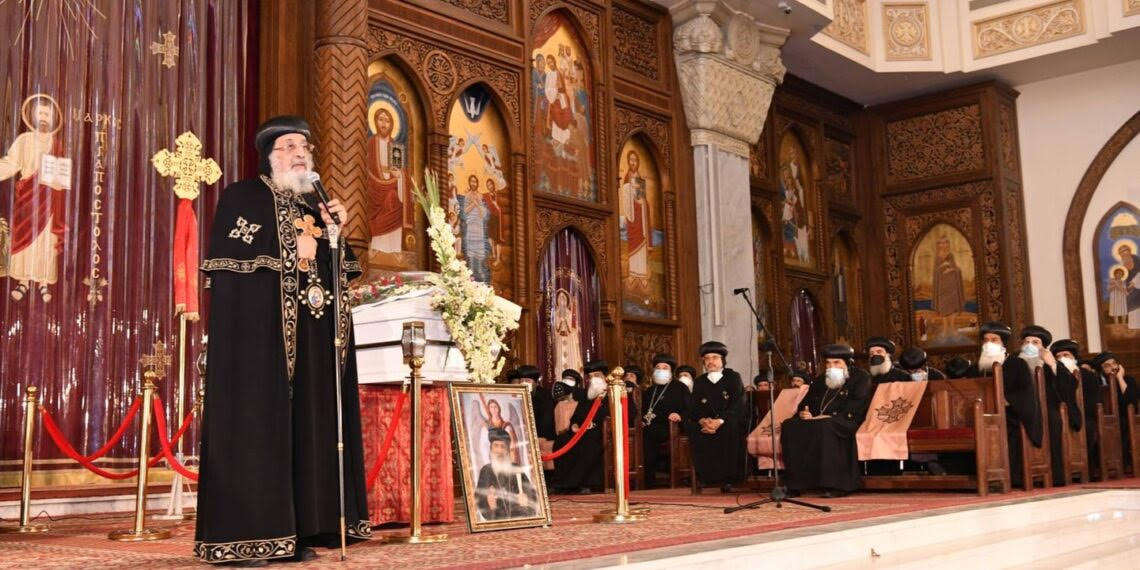 The young man who was to become Anba Boutros graduated from university and worked as a teacher, but the vocation for him to take orders was strong; he became a monk at Mar-Mina Monastery where he was later placed in charge of the retreat home frequented mainly by young persons. There, the Pope said, he discovered that the Lord has bestowed upon him the special talent of guidance and spiritual advice, which he generously used with hundreds of youth who found their way to Christ through his help. He also guided countless Church servants and priests on their spiritual path. In 2009, Pope Tawadros said, he was consecrated as bishop, and started serving in Shebin al-Qanater where he was seated in 2013. 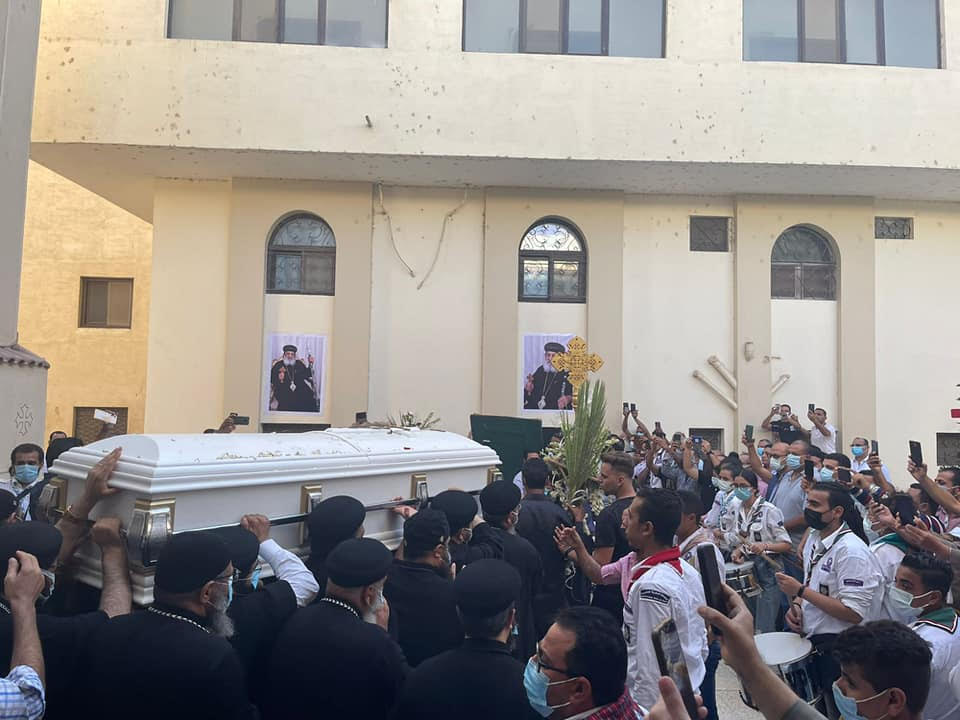 According to the Pope, the Diocese of Shebin al-Qanatir had been without a bishop for years before Anba Boutros started his service there. From then on, Anba Boutros became an outstanding pastor who devoted his life entirely to his congregation and diocese, staying there almost full time and never venturing outside it except for urgent matters. He was the perfect pastor who embodied the Bible verse: “I know my sheep, and am known by my own” (John 10:14). 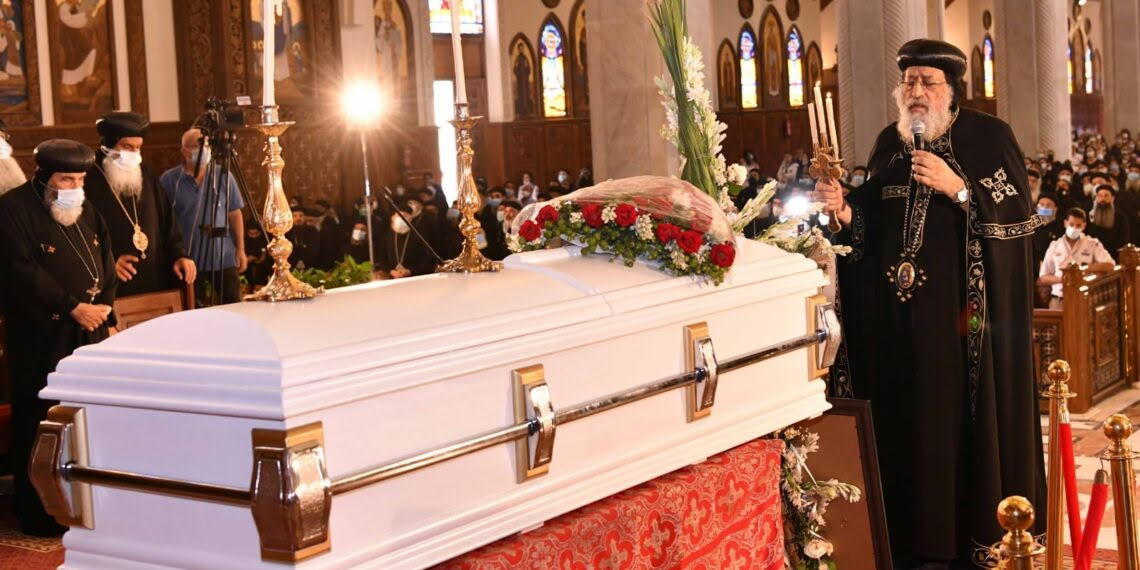 He was a giver on all levels; not only giving material gifts to the poor, but also giving generously of his effort, time, thought, and wisdom. 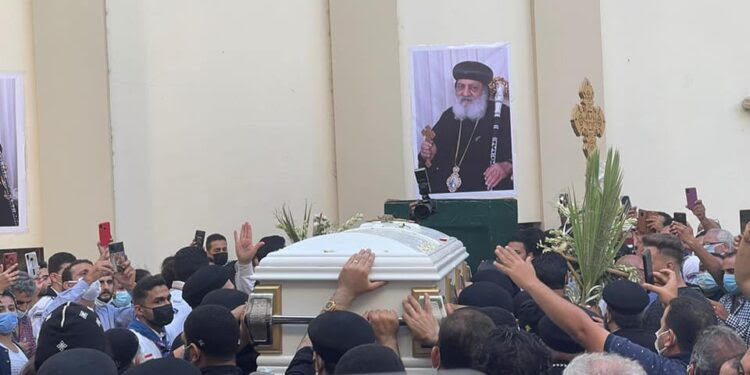 Anba Boutros, the Pope said, was meticulous in selecting the men to ordain into priesthood; he would say: “Ordaining a priest takes 15 minutes, but his impact lasts for generations to come”. 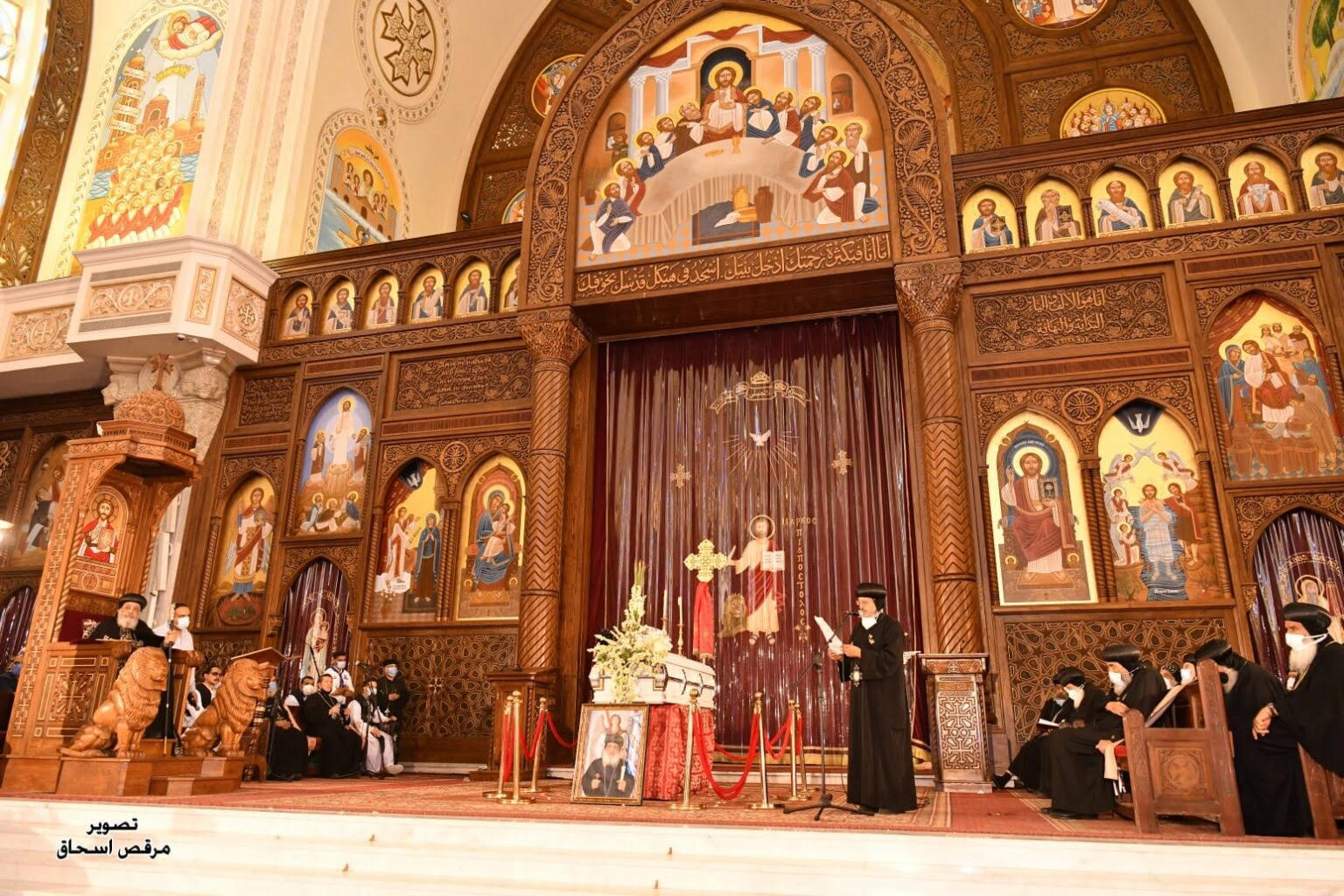 Pope Tawadros described Anba Boutros as a quiet man who appreciated calm and silence, “traits of character of those walking in the path to Heaven”, the Pope said. His relation with the other members of the Holy Synod was as calm as he was, and he shared a mature father-son relationship with his community of priests. He was known for his care for their families, also for their widows and children. 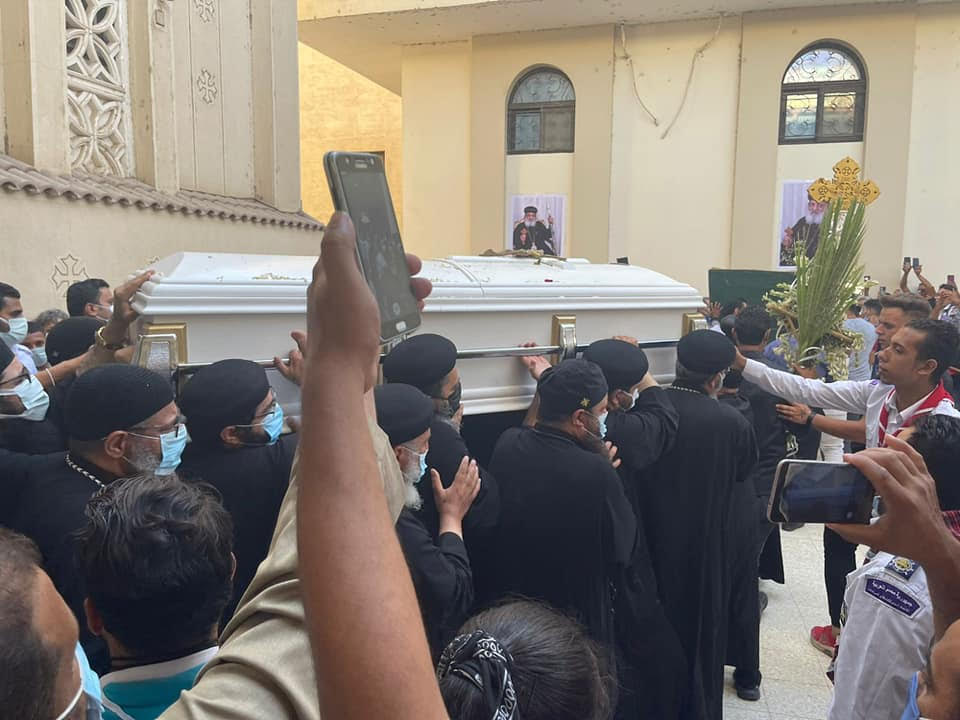 “We can learn a lot from the life and virtues of Anba Boutros, from his meekness, humbleness, sacrifices, calm, and life of prayer,” the Pope said. “He fell ill in his last few days on earth, then the Lord recalled his soul to dwell in Heaven where he always longed to be,” the Pope concluded.