Anba Tadros, Metropolitan of Port Said and Papal Delegate to the Coptic Orthodox Diocese of Sydney and Affiliated Regions, issued a recent statement explaining to the congregation the reasons behind reviewing the Diocese’s Church Constitution and Property Trust Act.

Following early feedback received from the congregation and discussions held with the Diocese’s clergy, the statement said, revised drafts of the Church Constitution and Property Trust Act would soon be circulated in both English and Arabic. The period for further feedback was extended until Monday 7 December.” 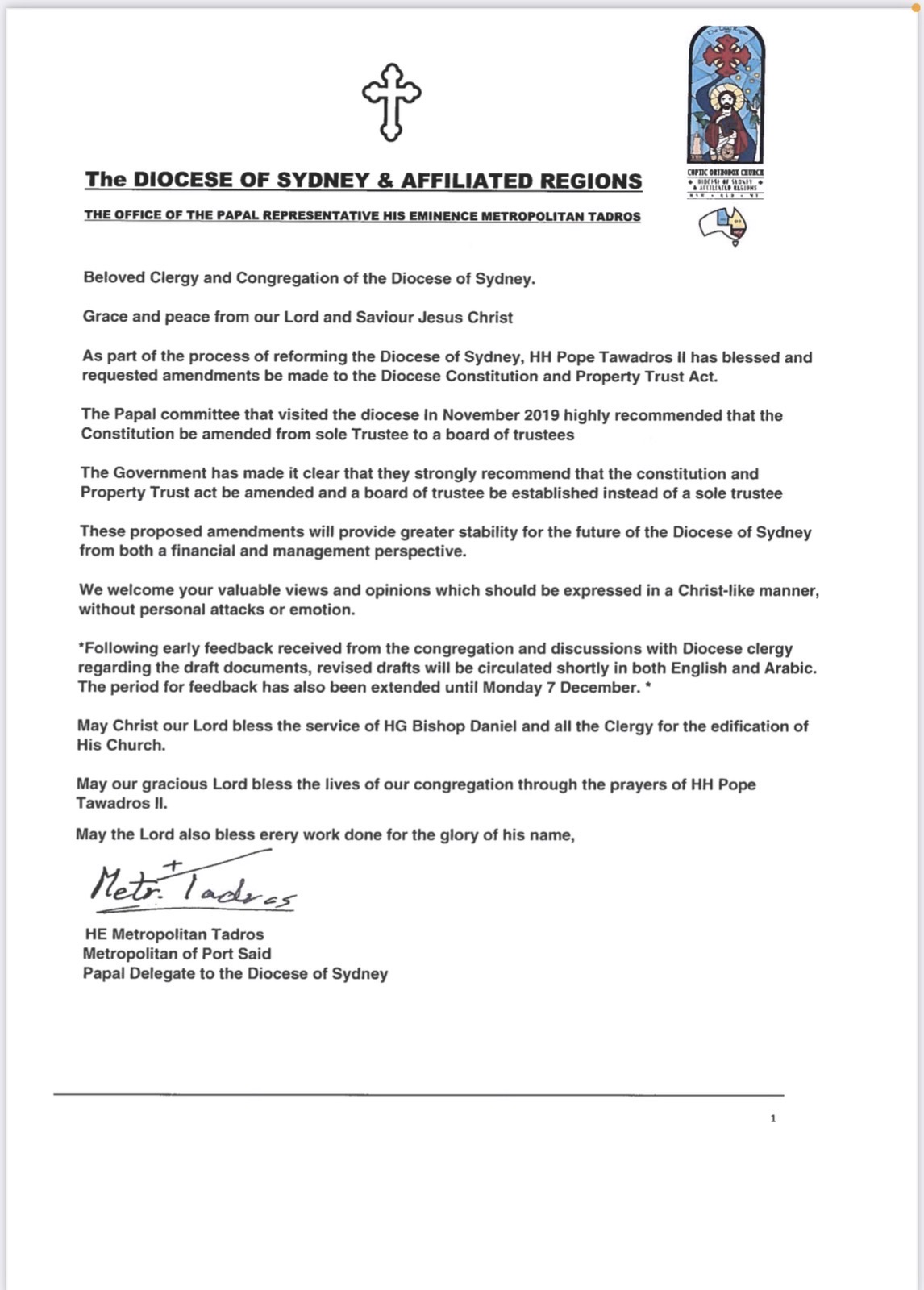 In keeping with our commitment to transparency the documents and recommended amendments are now being shared for feedback.

It is worth highlighting that the only major change to the Constitution is a move from a sole Trustee structure, to a seven-member Board of Trustees. HG Bishop Daniel will be appointed as one of those Trustees.”