Within the framework of the State’s interest in raising public awareness on the scarcity of water resources in Egypt and the need to conserve water, the Central Administration for Water Awareness (CAWA) affiliated to Egypt’s Ministry of Water Resources has been holding awareness seminars for influencers in various public venues. Among these have been churches, where seminars have been held to raise awareness among congregations on water scarcity, also to educate and priests and religious leaders on water issues, so that they in turn would educate the congregation.

A recent seminar on the importance of Egypt’s water resources was organised by CAWA for the congregation of the church of the Holy Virgin in Muqattam. The seminar was held under the auspices of Fr Bassilios, the church’s priest, and featured Hisham Saber, head of the CAWA, as guest speaker.

Mr Saber explained the utmost importance for all Egyptians to preserve the countries water resources from wasteful practices and pollution, especially in light of Egypt’s population rapid growth and the increasing water scarcity.

The seminar highlighted the role played by Copts in raising awareness of water issues and that every water drop counts; it also tackled how the public should deal with illegal encroachment on the River Nile and water streams.

Apart from it’s time honoured practice of including prayers for “the water of the River [Nile]” in Mass, the Coptic Church is spreading awareness of the need for Egyptians to rationalise the consumption of water through several axes. In August 2015, Pope Tawadros II signed with the then Water Resources Minister Hossam Mughazi the protocol “Protecting the Nile Document”, which came within the framework of the national campaign for preserving Nile water.

Last March, as Egypt marked World Water Day, Irrigation Minister Mohamed Abdel-Ati confirmed water scarcity in Egypt whose annual need of water stands at 114 billion cubic metres, whereas only 60 billion cubic metres are all that is available. “This means we have a water deficit of 90 per cent,” he said.

For details on water scarcity in Egypt: 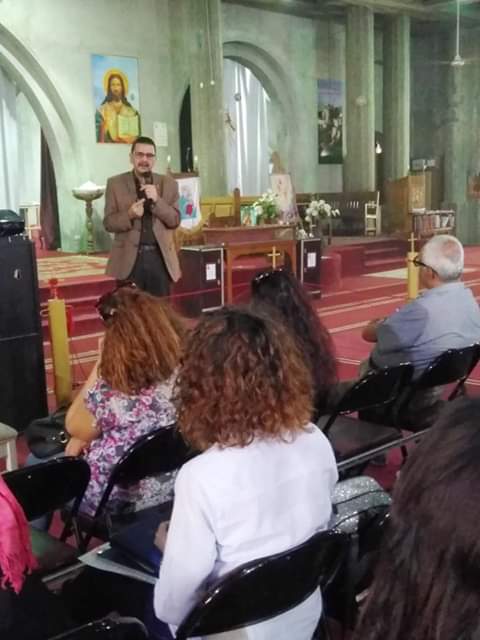