Bishop Arseny of the Netherlands awarded Order of Oranje-Nassau 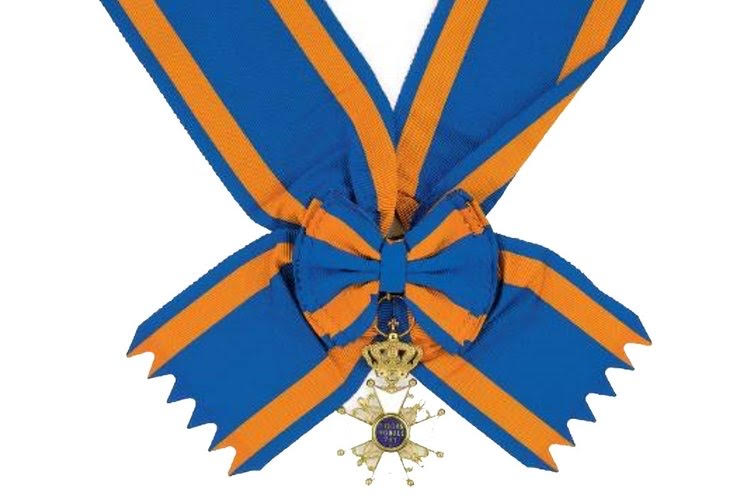 The awarding ceremony Anba was held during an event organised on Saturday 24 October 2020 at the Coptic Church in Amsterdam to commemorate 35 years on the start of Coptic Church service in the Netherlands, and to mark the 7th anniversary of the Coptic Orthodox Diocese there. Cautionary restrictions against coronavirus spread were applied. 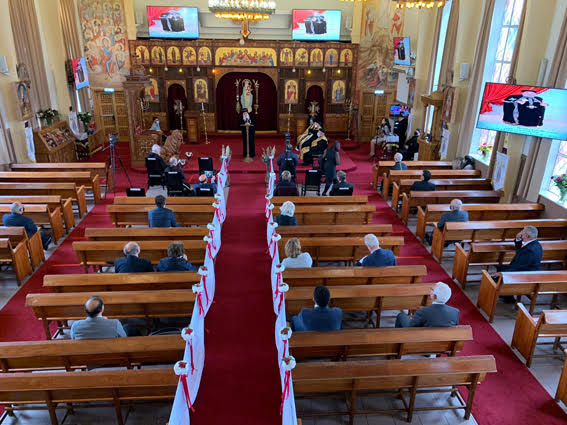 Amsterdam deputy-mayor, Rutger Groot Wassink, read through videoconference the decision of King Willem-Alexander to bestow upon Anba Arseny the title of Officer of the Order of Oranje-Nassau.

Screens in the church showed a biography of Anba Arseny since he arrived in the Netherlands in 1985 when he started his service, until his consecration as bishop in 2013. His vital role in establishing ten Coptic churches and two cultural centres, as well as Coptic monastery, was highlighted, as was his contribution in development projects in villages in Upper Egypt back home. He also founded, among other things, the Collaborative Association of Oriental Orthodox Churches in the Netherlands and is co-founder of the Amsterdam Centre for Orthodox Theology at the VU University. 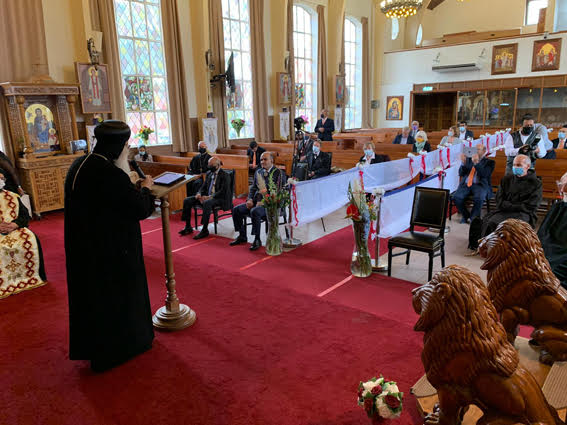 Amidst applause by the attendees, Anba Arseny was awarded the Order of Oranje-Nassau by Jacques van der Vleit, Professor of Egyptology and Coptology at Leiden University. 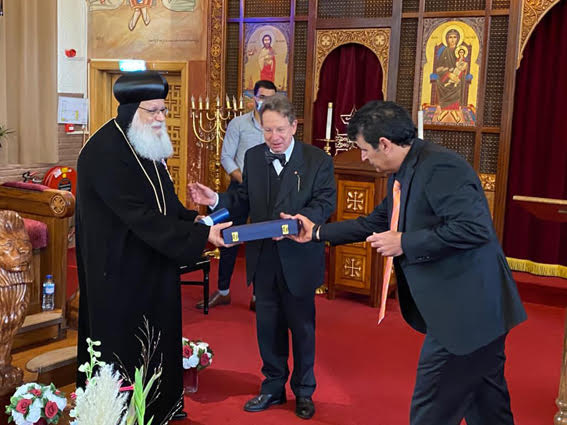 The celebration was attended by Metropolitan Polycarpus Augin Aydin, Patriarchal Vicar for the Archdiocese of the Netherlands of the Syriac Orthodox Church; Bishop Jan Hendriks, the coadjutor bishop of Haarlem-Amsterdam; Egyptian ambassador to the Netherlands, Hatem Abdel-Qader; and Hazem Hatem, Consul-General of Egypt’s in The Hague. 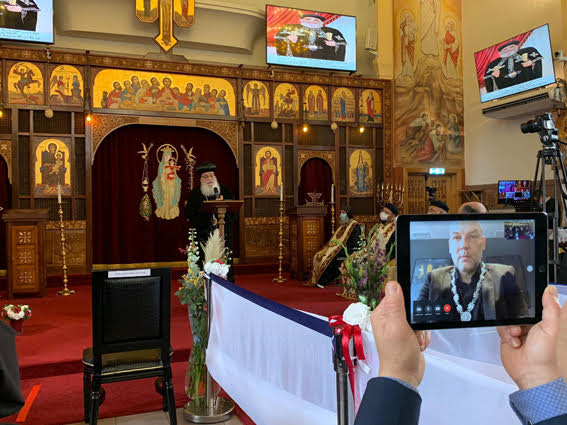 Bishop Arseny, who was born George Khalil Zahy Mousy in 1951 in Egypt, studied medicine at Cairo University. In 1978 he took his vows as a Coptic monk at the Western Desert monastery of al-Baramous; a year later he was ordained a priest and named Arsenious al-Baramousy. He was dispatched to the Netherlands in 1985 as a representative of the Coptic Church in Cairo. As a priest he was responsible for the Orthodox Copts residing in the Netherlands, and for building up and promoting Church activities. 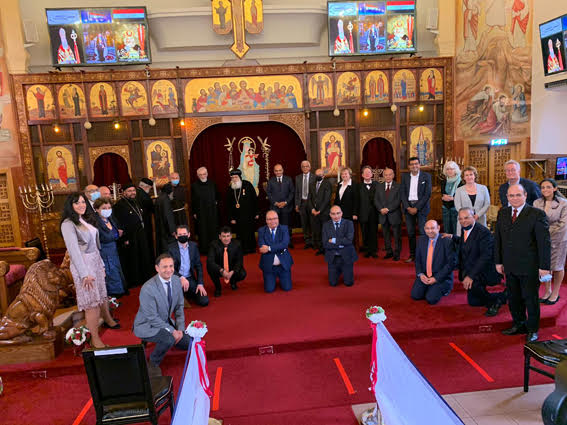 Bishop Arseny expanded the Coptic Church in the Netherlands into The Hague, Eindhoven, Leeuwarden, Bussum, Leidschendam, Kapelle, Assen, Lievelde and Utrecht. He is committed to good education, (emergency) shelters, and the integration of Coptic Christians in the Dutch society. By seeking connections with Christian organisations, other religious communities and social organisations, he is seen as a bridge builder. For all his achievements, he was appointed Officer in the Order of Orange -Nassau.

Tags: Coptic Bishop Arseny of the NetherlandsOfficer of the Order of Oranje-Nassau