As 2021 came to a close, Egyptians were in for a special surprise. Following renovation of the metro station of Abbasiya in Cairo, the new station carries the word “Abbasiya” in Coptic characters. Abbassiya is home to the Coptic Orthodox Cathedral of St Mark, the grounds of which house the headquarters of the See of St Mark and the residence of the Pope, the Patriarch of Alexandria.

The station also features a large mosaic of St Mark, the apostle who brought Christianity to Egypt and was martyred in Alexandria in 68AD. Another mosaic depicted the Coptic saint Verena, the fourth century female saint and hermit associated with the Theban Legion whose members were Egyptian soldiers martyred for their faith in what is today Switzerland. St Verena stayed on in Switzerland, serving the Swiss people, nursing their sick to health, and teaching them hygiene. 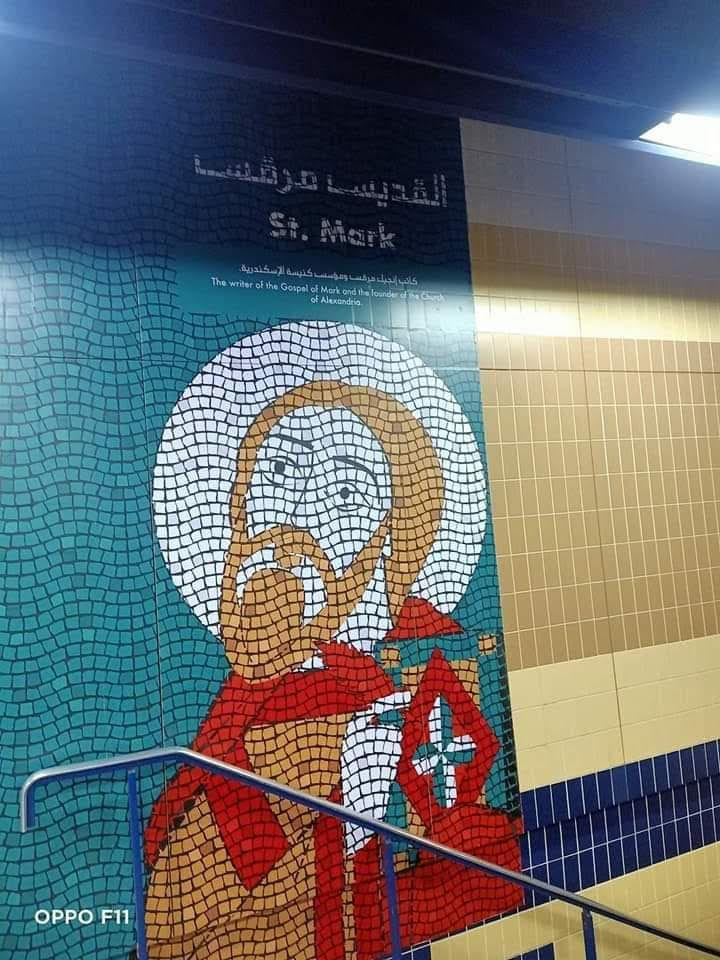 On its wall, the station bears a large black marble plaque that carries information about St Mark’s in both the Arabic and English languages.

According to official declarations, the move comes within the government’s efforts to uphold the fundamentals of the civil State, and equality among Egyptians. 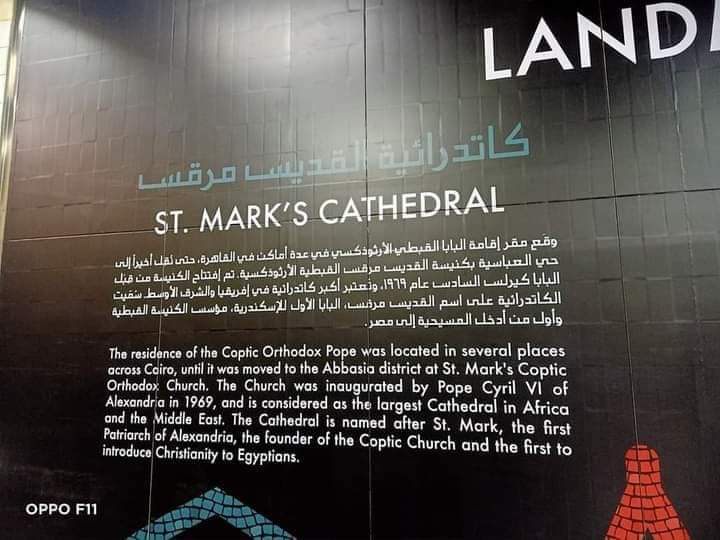