EgyptAir, Egypt’s national carrier, has signed a cooperation protocol with the Coptic Orthodox Church to offer beneficial treatment to passengers belonging to the Church and travelling for various reasons such as attending conferences abroad, pastoral care, Church affairs, or study. 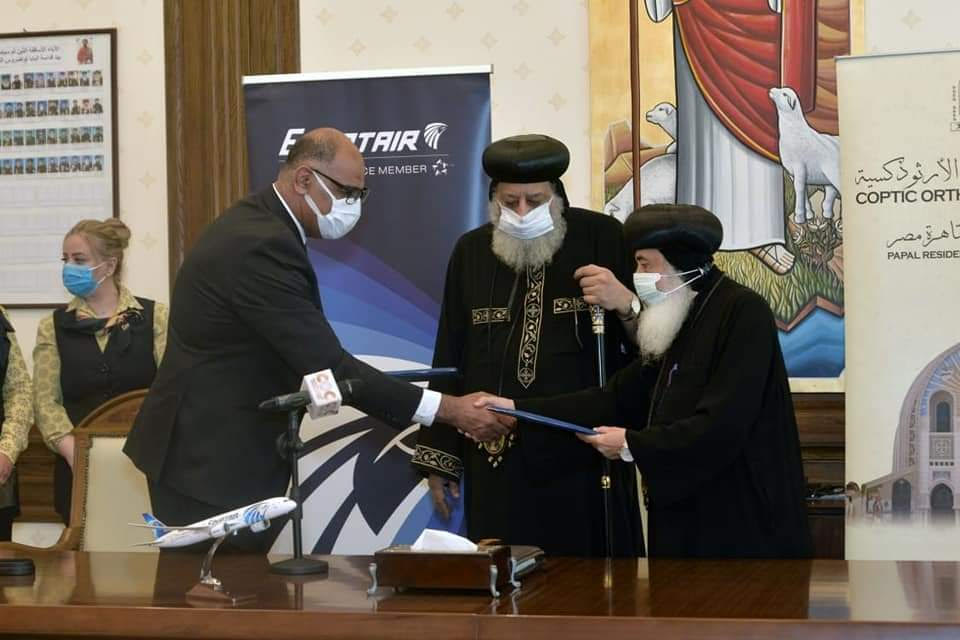 In attendance of Pope Tawadros II, the protocol was signed at the Papal Headquarters in Cairo. Representing the Coptic Orthodox Church was Anba Danial, Bishop of Maadi and Secretary-General of the Holy Synod; and on behalf of EgyptAir was its Chairman Amr Nabil.

Pope Tawadros expressed his appreciation of EgyptAir, and spoke of his positive experiences with the carrier throughout his many flights on its aircraft.

For his part, Mr Nabil expressed his happiness to sign the protocol with the Coptic Orthodox Church, and mentioned that the carrier was happy to provide its various services to the Coptic Church regarding air travel inside and outside Egypt. He thanked the Pope for his hospitality, wishing for more future cooperation. 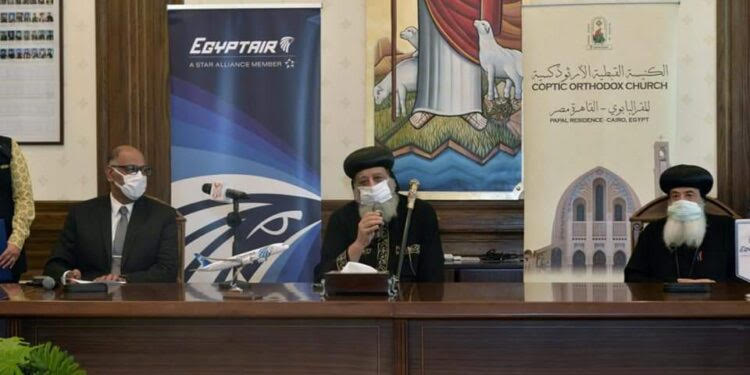 EgyptAir operates international flights to more than 64 international destinations in 49 countries around the world. The carrier has concluded cooperation protocols with various official and non-official bodies and institutions in Egypt, including al-Azhar.