Long before words such as environment and climate change became household names, the Coptic Orthodox Church has held them in its most sacred prayers, the liturgical prayers, for centuries on end. As Pope Tawadros II aptly pointed in a recent meeting with the Minister of Environment Yasmine Fouad, Coptic Mass includes regular prayers for “air, river waters, trees, plants, and crops of the field” for the Lord to “bless them and multiply them until they fill the land and bloom”.

The meeting was held on 13 June at the papal headquarters in Abassiya, Cairo, A  protocol of cooperation was signed between Pope Tawadros, representing the Coptic Orthodox Church,  and Ms Fouad, representing the Ministry of Environment, within the framework of the presidential initiative “Go Green”. 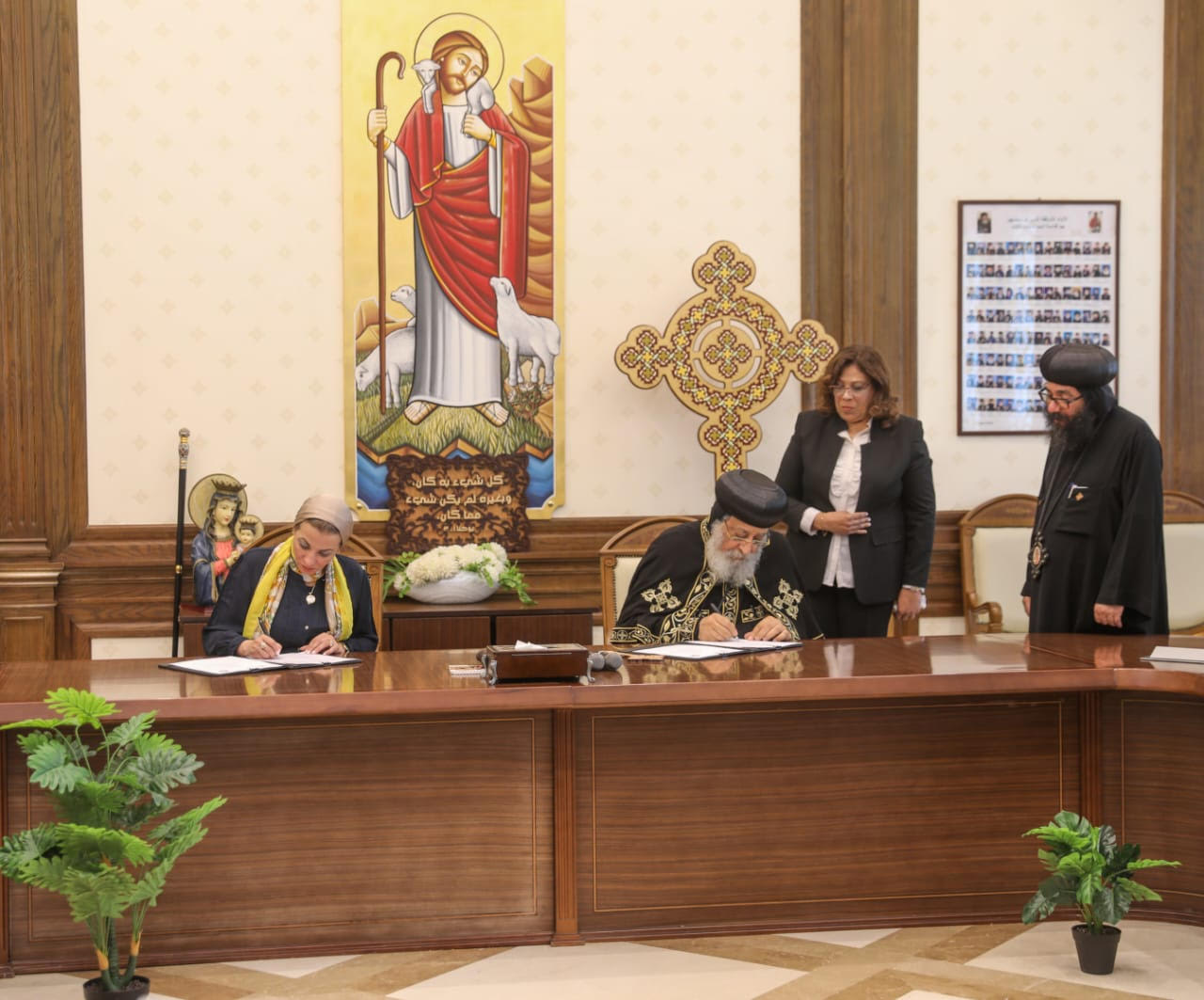 Attending the signing ceremony were Anba Yulius, Bishop-General of Old Cairo and the Bishopric of Services, also ambassadors and representatives of the UN and NGOs working in the environment field.

Simultaneously, the Coptic Orthodox Church has launched a document on climate protection, which expresses the Coptic Church’s stance towards environmental protection. The document comes within the framework of the National Climate Dialogue which was recently launched by the Ministry of Environment in preparation for COP27 which Egypt will host in Sharm al-Sheikh next November. 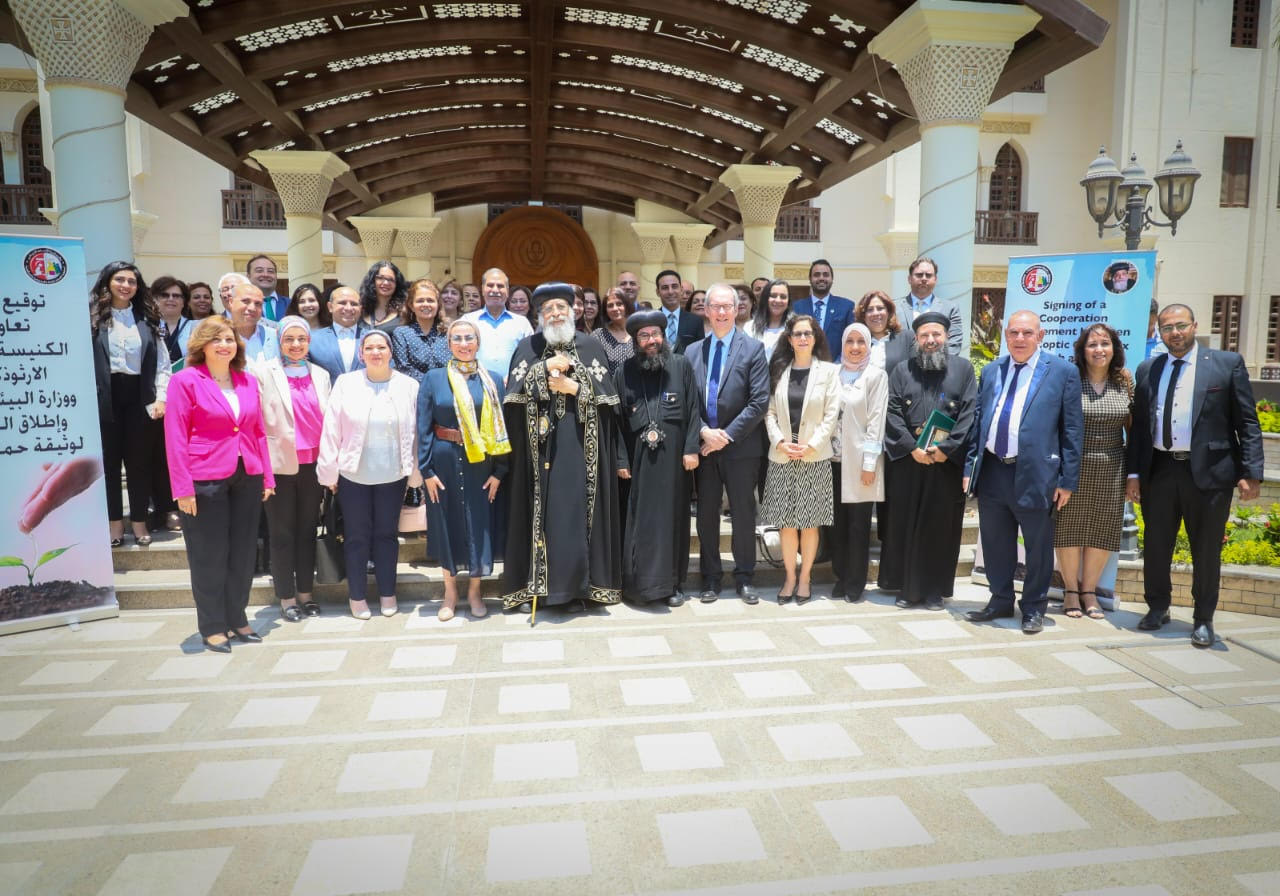 The protocol of cooperation will involve training courses for religious leaders and Church servants to raise their awareness of environmental issues. Also under the protocol, the Ministry will provide Church bookshops with environmental awareness publications, as well as informative material on nature reserves and biodiversity. The Ministry will dispatch to churches eco experts to offer workshops on various environmental issues, including recycling and how to benefit from it; these will be organised in cooperation with the Church.

Under the cooperation protocol, the Ministry of Environment will help turn Church facilities into green facilities, through working on optimising power and water consumption, and reducing waste. In collaboration with the Church, the Ministry is expected to implement tree planting campaigns with the aim of reducing emissions. The protocol is also expected to ease the procedures of the participation of Church representatives in COP27.

Last December, the Church launched a nationwide tree planting initiative, in its effort to confront climate change. Under the initiative the Church also launched a tree planting competition among its churches and parishes in Egypt. The competition is expected to run till November 2022 right before COP27. Once the competition concludes, a report will be written by the Church and presented to the conference administration. According to the Church, no less than 1000 trees should be planted in each diocese, the trees planted should suit the environment of the locality; especially recommended are olive trees, pomegranates, and berries—long living fruitful trees. The competition stresses that the aesthetic factor should be respected. 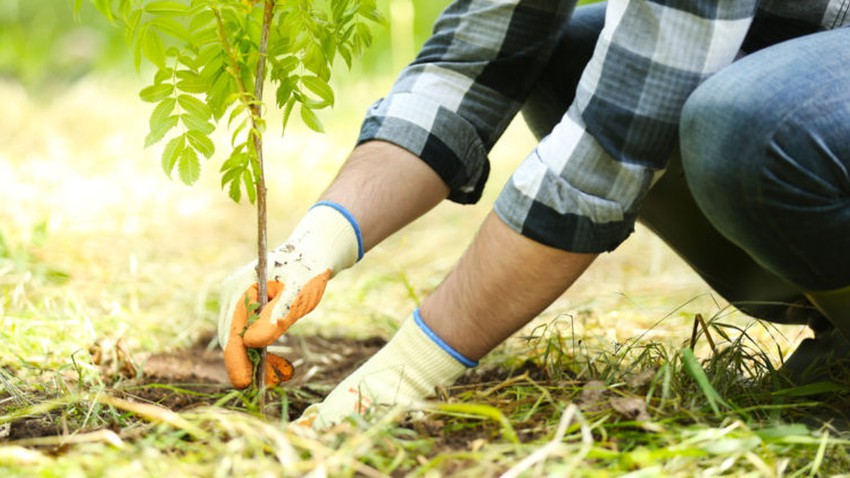 Each diocese should hand in a report by the end of the competition time including photos before and after the trees are planted. Contestant dioceses will be assessed according to the number of trees planted, their growth, and their aesthetic value.

During the signing ceremony, the Pope stressed the Church’s keenness to assume its national role and shoulder its responsibility towards global and national societal issues, insisting that the Church supports Egypt’s national strategy. He commended the efforts made by the Ministry of Environment towards raising environmental awareness of all segments of the society, especially when it came to launching the national initiative “Go Green”.

During the recent Holy Synod meeting, Pope Tawadros encouraged special focus on environmental hazards and climate change, urging the various dioceses to work on fostering innovative work on that front.

For her part, the Minister of Environment applauded the role that the Church is playing in implementing the recently launched National Climate Change Strategy 2050. The Strategy, which was launched last May, aims to effectively address the repercussions of climate change in a way that contributes to improving the quality of life for Egyptians, achieving sustainable development, sustainable economic growth and preserving natural resources and ecosystems. Ms Fouad also commended the role played by the Church in the National Climate Dialogue which was recently launched with the aim of raising awareness and promoting the participation of various groups including youth, politicians, clergy, women and civil society in facing the issue of climate change as a challenge. Ms Fouad noted that the government does not only seek to protect the environment, but also to sustain resources in order to ensure they remain there for coming generations. 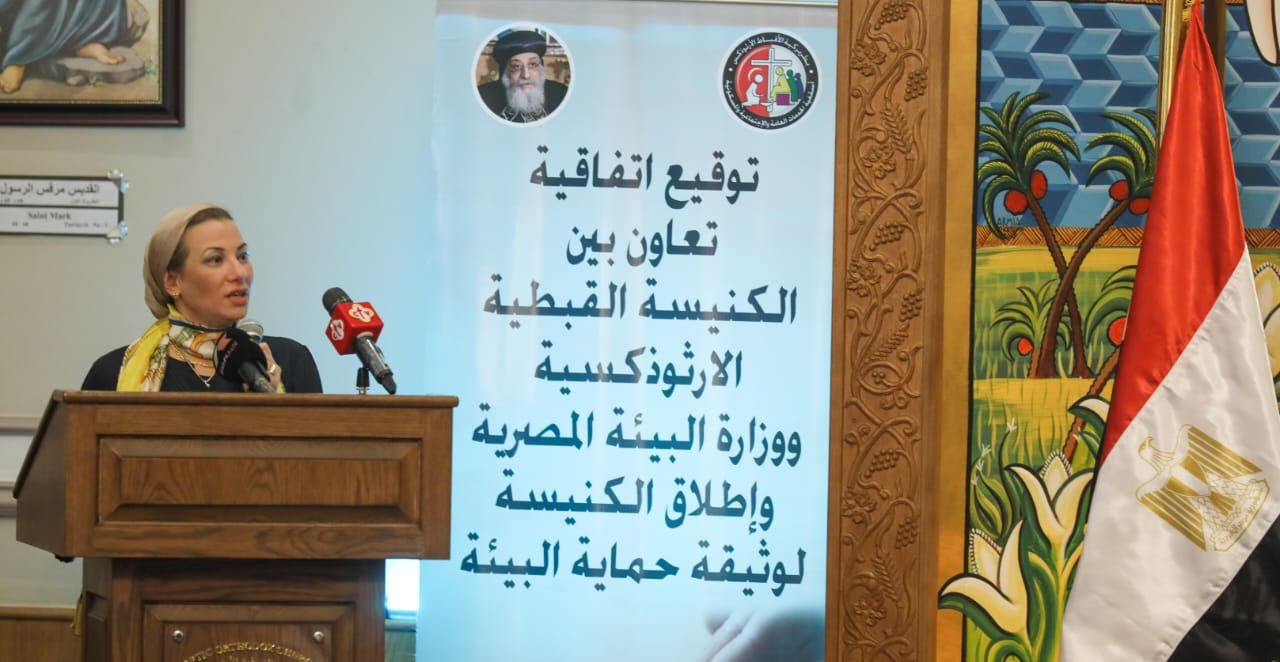 Anba Yulius commended the new partnership with the Ministry, stressing that it will help reach the needy and marginalised. He said that the Bishopric of Services is especially concerned about environmental issues, especially those which involve climate change. The social and economic repercussions of climate change could in fact impede development, he said, stressing that this requires the cooperation of the various parties involved. 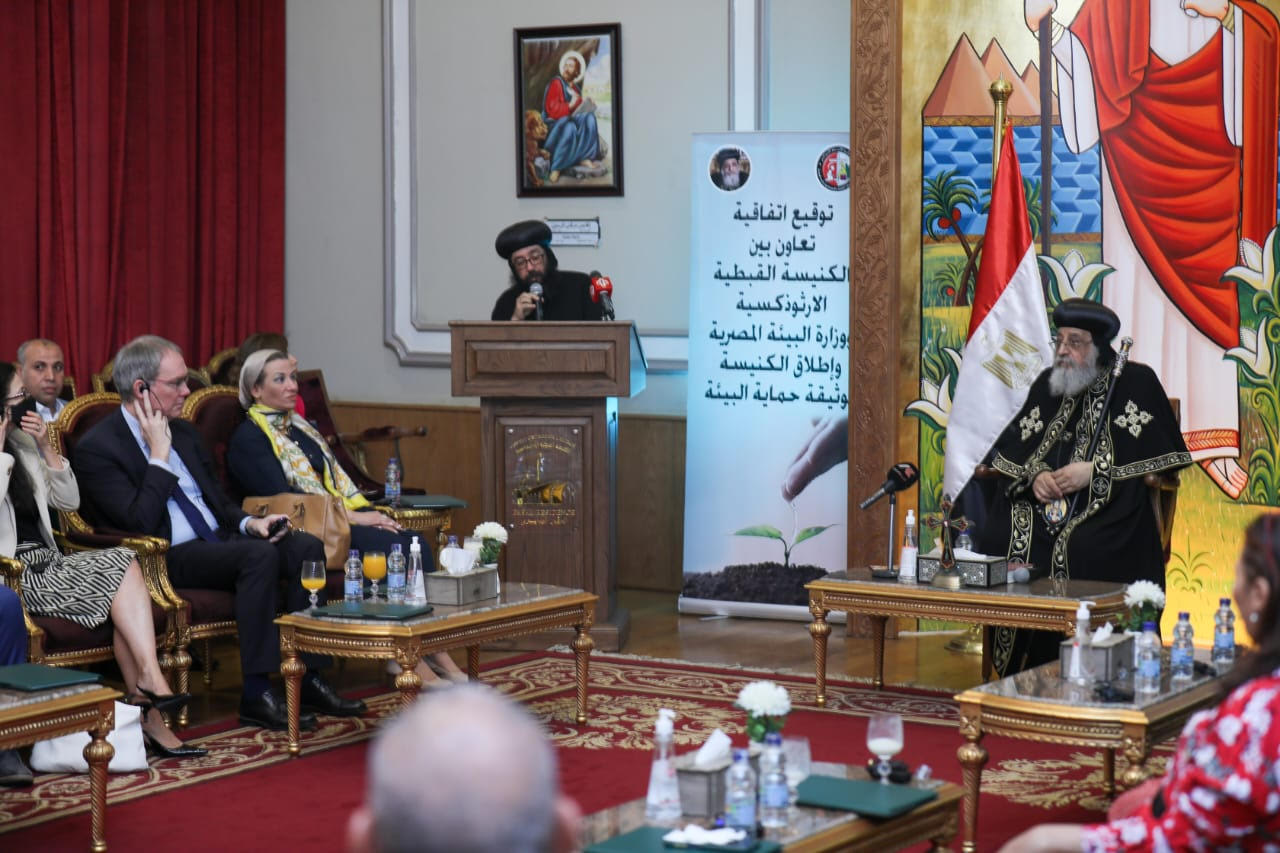 As far back as 2017, the Bishopric of Services had joined hands with the Ministry of Environment to play an active role in spreading environmental awareness. In 2017, the Church and the Ministry launched a campaign to “Preserve the Environment” in Upper Egypt villages. The campaign aimed at preserving and beautifying small villages through raising the awareness of villagers and helping them clean up and beautify their surroundings. Simultaneously, seminars were held to educate villagers, followed by cleaning works and tree-planting. The campaign which started in the south later moved to Beheira west of the Nile Delta.

The Church also hosts regular seminars in cooperation with the Central Administration for Water Awareness affiliated to the Ministry of Water Resources with the aim of raising public awareness on the scarcity of water resources and the need to conserve water.