Anba Arseny, Coptic Bishop of The Netherlands and Pastoral Supervisor of the Dutch sector of Belgium, opened on 16 October the Coptic Cultural Centre in Antwerp, Belgium. 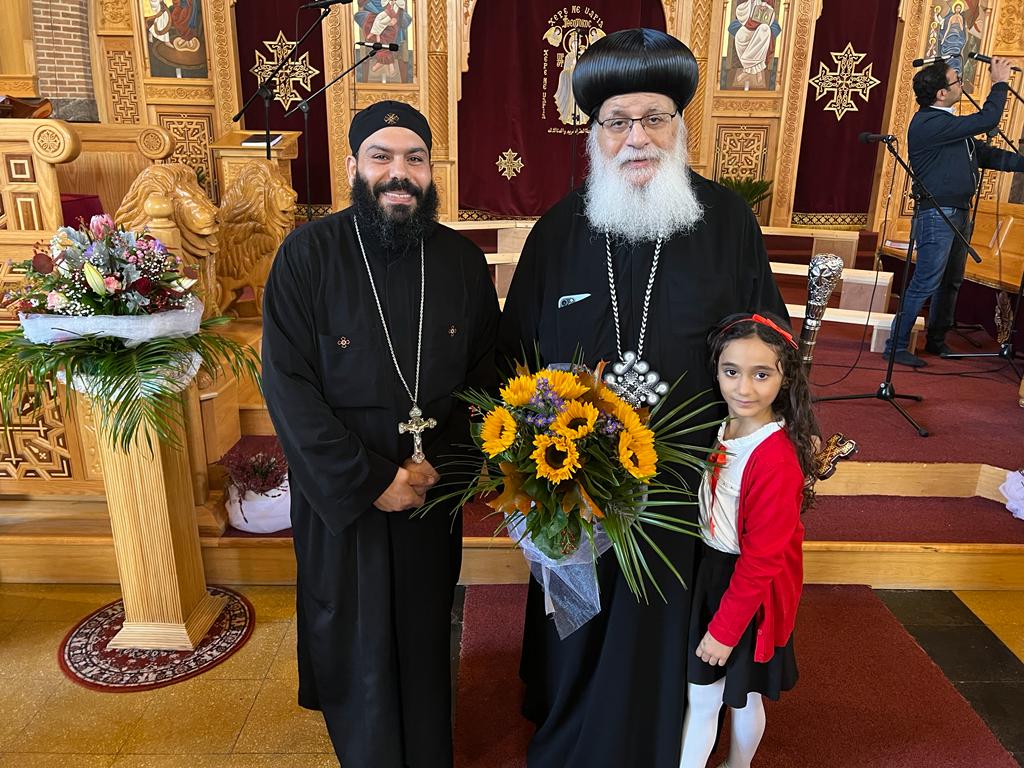 The newly opened centre is affiliated to the church of the Holy Virgin and St John the Evangelist; the opening coincides with the third anniversary of the consecration of the church at the hands of Pope Tawadros II on 17 October 2019. 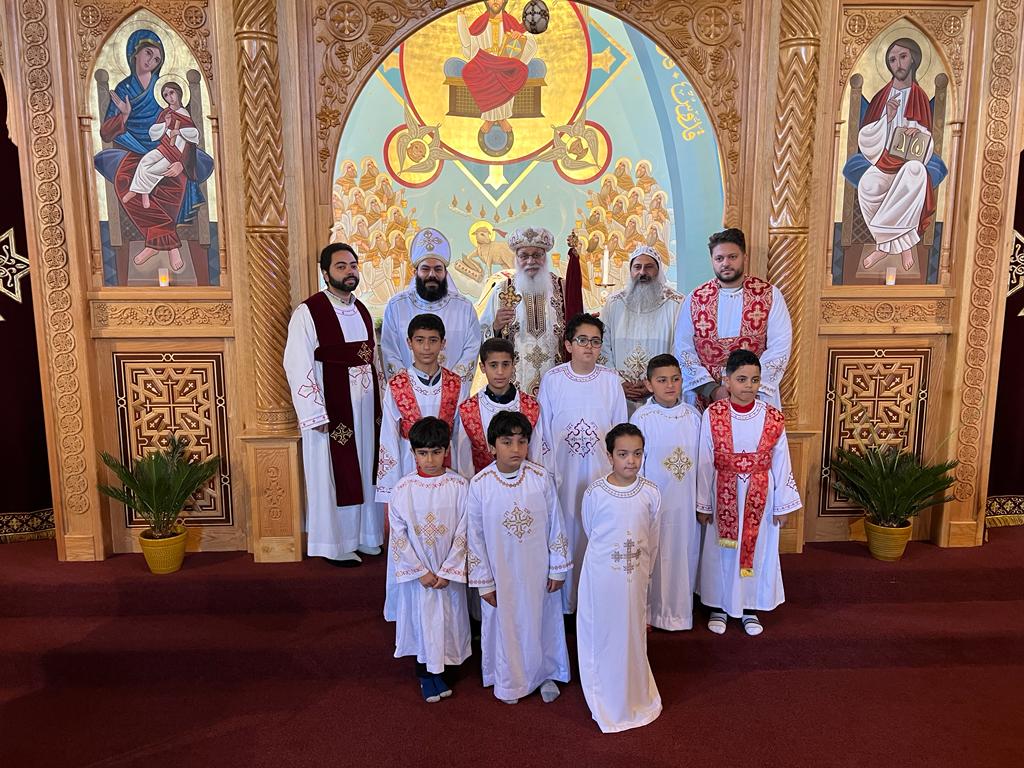 To celebrate the opening of the Coptic Cultural Centre and the church’s consecration anniversary, Anba Arseny started the day by celebrating Holy Mass, and ordaining psalters and deacons from among the church’s congregation. The church’s priest Fr Moussa Sorour joined in Mass, together with Fr Gawargios Ava Mina. Before Mass, Anba Arseny had baptised a number of children. 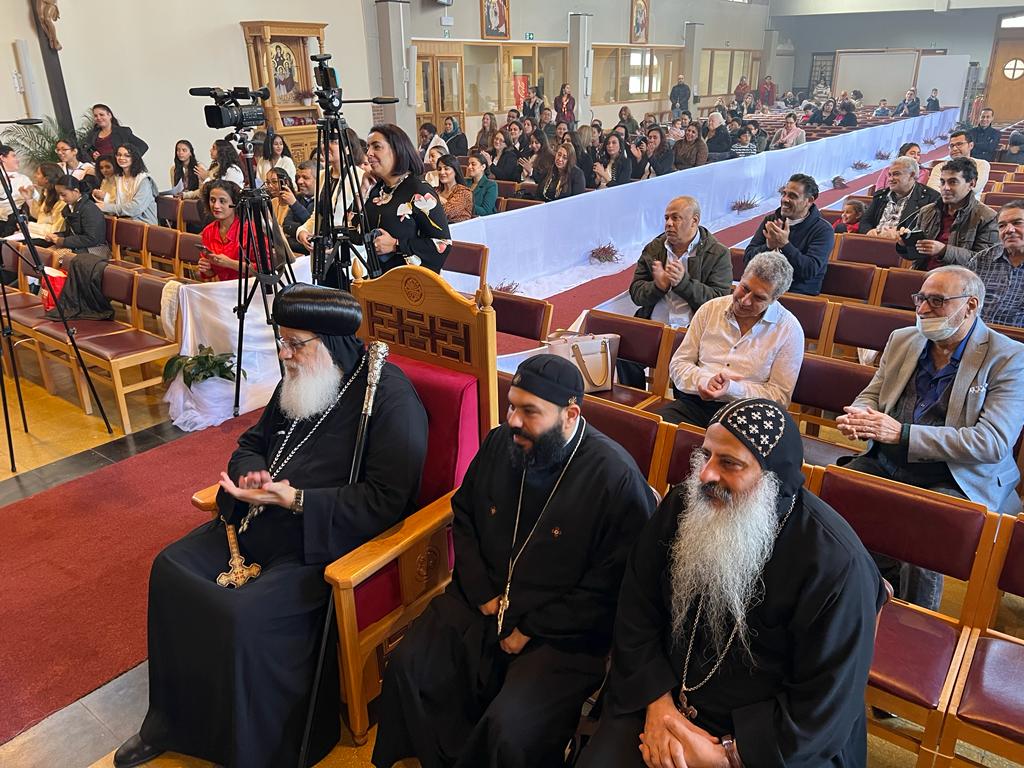 In an event held following Mass, the church choir gave a performance of hymns and praises. 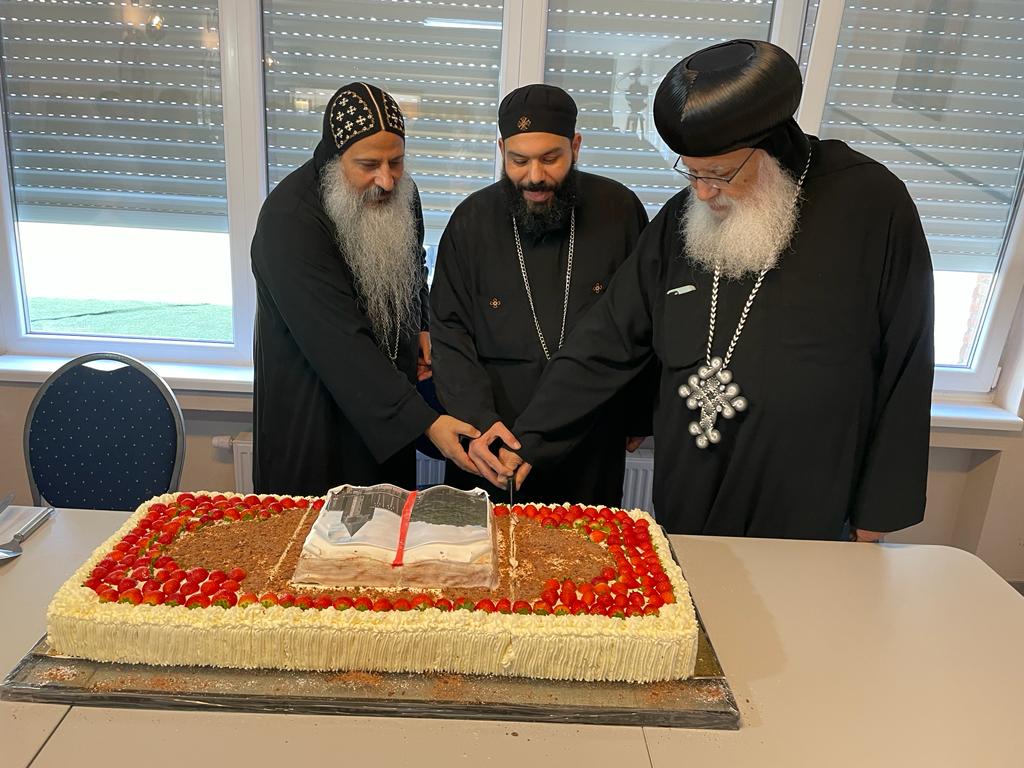 The Coptic Church in the Netherlands says that the cultural centre aims at preserving Coptic heritage, and spreading it through urging Coptic youth to develop their sense of Egyptian identity and Coptic culture, and work on finding communication channels between the Church and local communities. 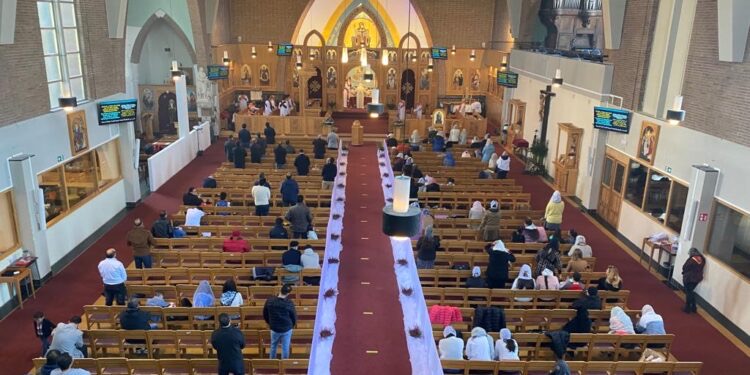 The Coptic Cultural Centre is also expected to offer various educational, cultural and humanitarian services for the benefit of the entire community.

The church of the Holy Virgin and St John the Evangelical (Copts also term him St John the Beloved) had in fact been a gift from the Catholic Church. The Coptic Church had been renting it from the Catholic Church since 2017 but, in 2019, the Catholic Church decided to offer the building to its sister Coptic Orthodox Church. The Copts refurbished the church to bring it up to Coptic tradition, installing an iconastis and a Coptic icon of the Pentocrator in the niche east of the altar. During a pastoral visit in October 2019, Pope Tawadros consecrated the church, its icons and its altars. The main altar was named in honour of the Holy Virgin and St John the Beloved, another to St Moses the Black, and the baptismal to St John the Baptist. 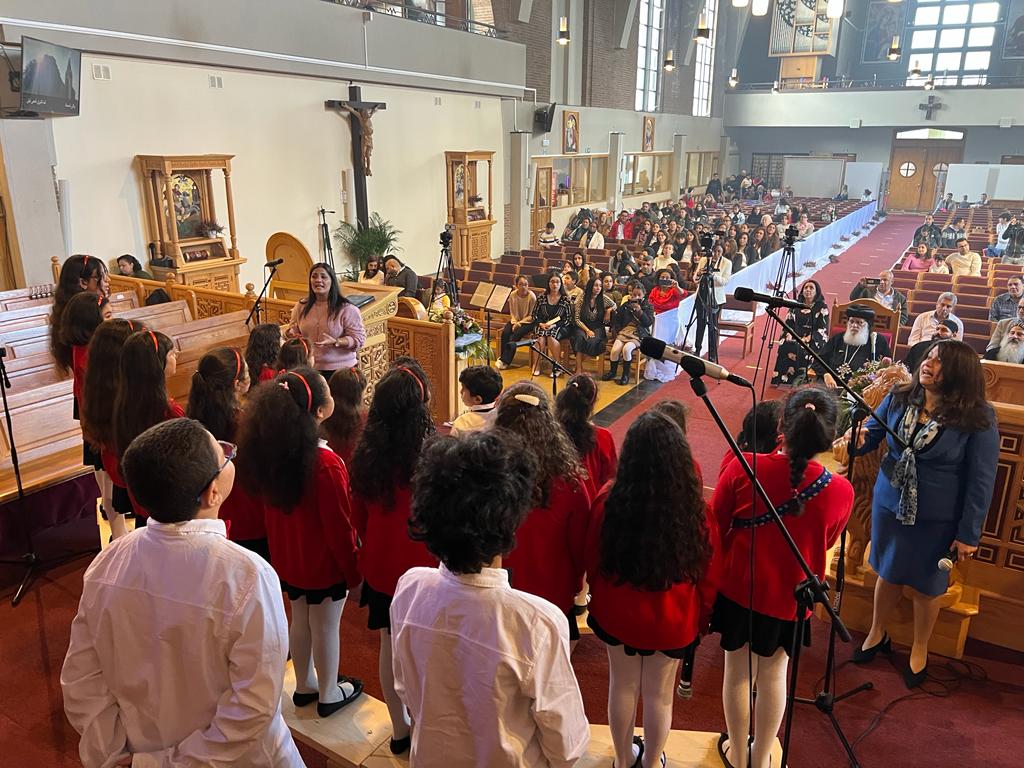 On 3 October 2021, the church of the Holy Virgin and St John the Evangelist was officially handed over by the Catholic Church to the Coptic Orthodox Church. 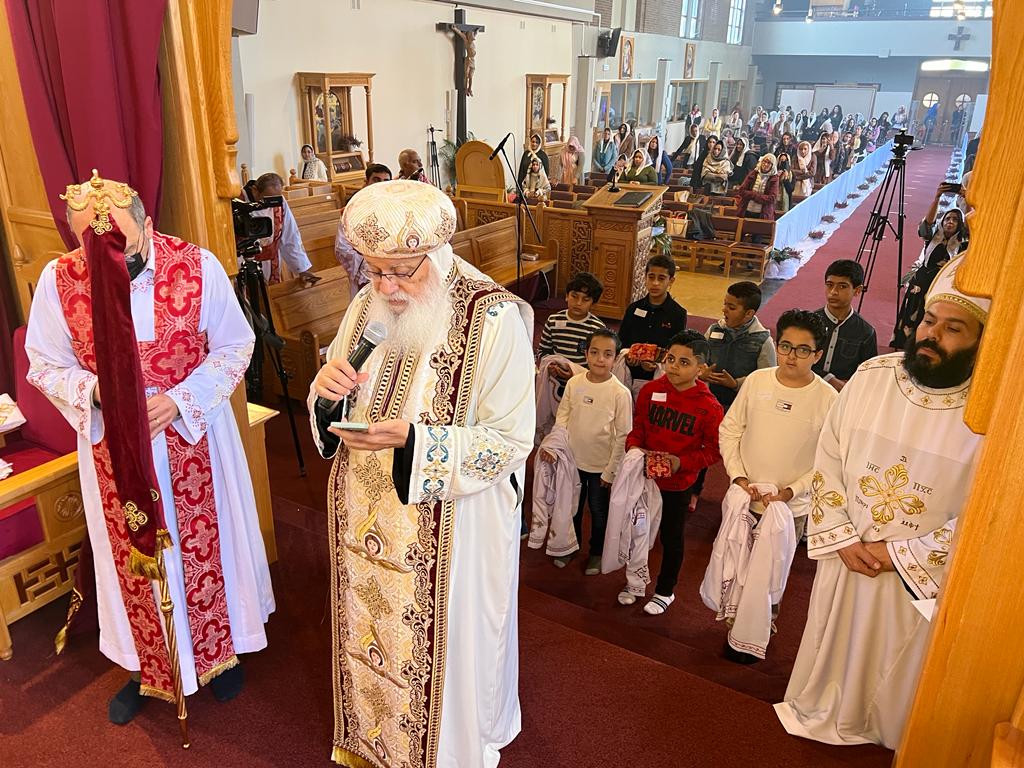 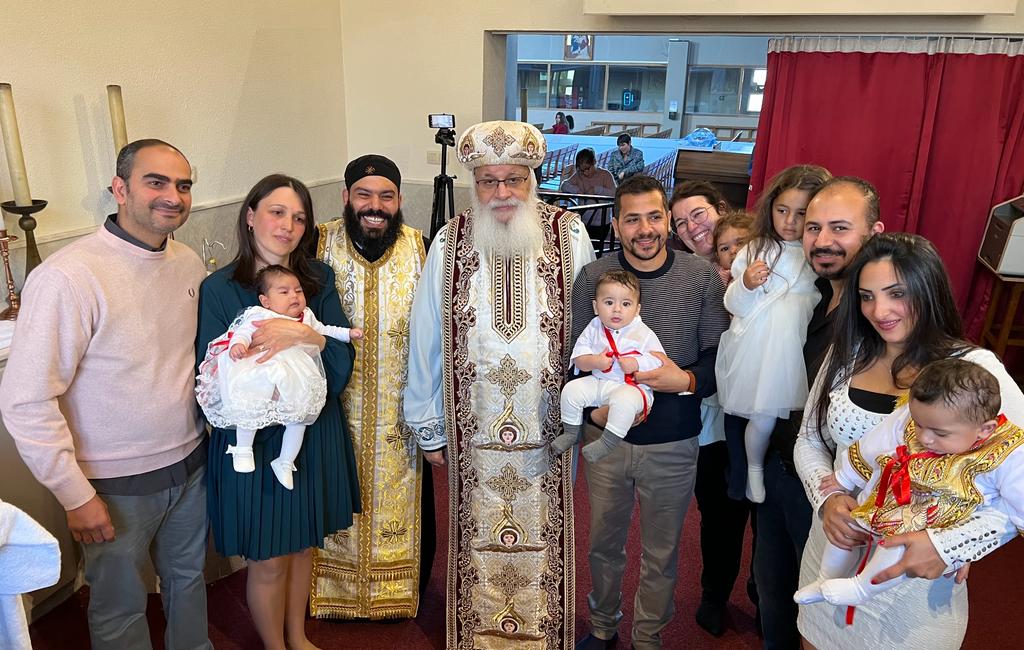