Anba Youssef, Bishop of Texas and Southern United States announced on Sunday 4 April the opening of the Tennessee Coptic Orthodox Center (TNCOC) in Nashville. The headquarters of TNCOC is located in St Luke’s building adjacent to Anba Bishoy’s church in Antioch. Anba Youssef made this announcement in a video address aired to his congregation during Holy Mass. He said that TNCOC is a non-profit organisation, and that it is the sole official organisation that serves the Coptic community in Tennessee. TNCOC, Anba Youssef explained will serve Copts and American people indiscriminately. 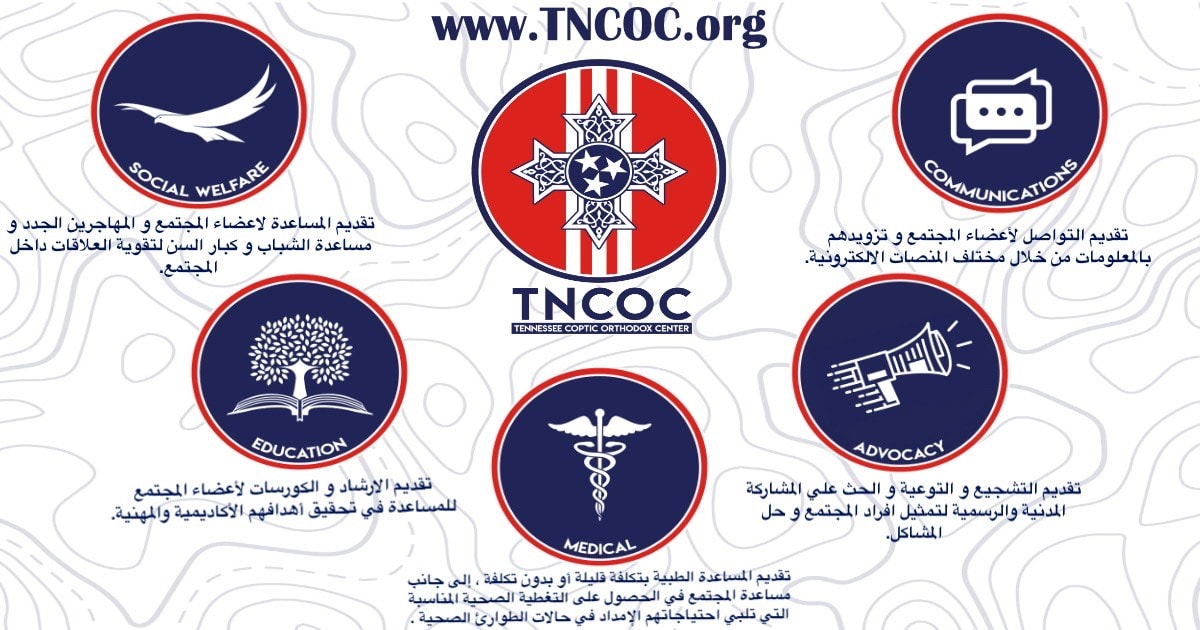 According to Anba Youssef, the center will work on providing educational, health and social services, and will operate under supervision of specialised committees formed of Coptic volunteers. The objective, Anba Youssef explained, is to stand up to life challenges through rallying the efforts of the Coptic community and investing in the children of the Church in order to build a better future and a good life for every family and individual.

“Our goal is to unite our community and to invest in the necessary means to create a lasting change among our people and sustain a better future. By offering a variety of services and addressing a spectrum of concerns, we will empower our people to thrive mentally, physically, and spiritually,” TNCOC posted on their Facebook page.