The Coptic Pope also visited Patriarch Ibrahim Ishaq of the Coptic Catholic Church in Egypt to relay his good wishes, and was warmly received by the Patriarch who said he was happy Pope Tawadros was in good health after the spinal surgery he had in Germany last November.

Anba Raphail, Secretary-General of the Coptic Orthodox Holy Synod and General Bishop of Cairo’s Downtown Churches, participated in Christmas Mass with the Syrian Orthodox. He wished the congregation and Church leaders a Happy Christmas, and reminded of the strong historic ties between the Coptic Church and the Syrian and Armenian Churches. He announced that on 20 January 2018, Holy Mass will be celebrated jointly by the Coptic Orthodox, Greek Orthodox, Syrian and Armenia Orthodox, and the Ethiopian and Eritrean Churches in Cairo. Pope Tawadros and Pope Theodoros will preside over Mass which will be sung in the various languages of the participating Churches.

Coptic delegations dispatched by the Pope visited the heads of the Chaldean Church, the Episcopal Church, the Orthodox and Catholic Syrian Churches, the Latin Church, the Greek Catholic Church, and the Maronite Church. 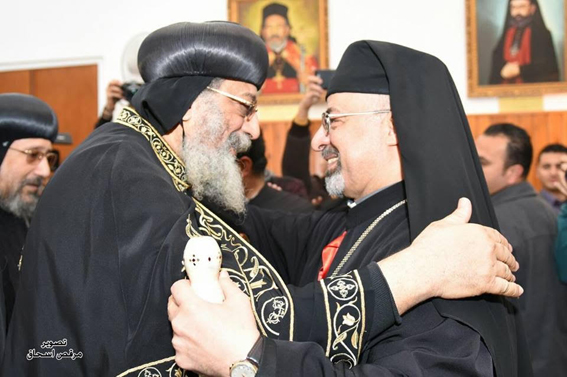 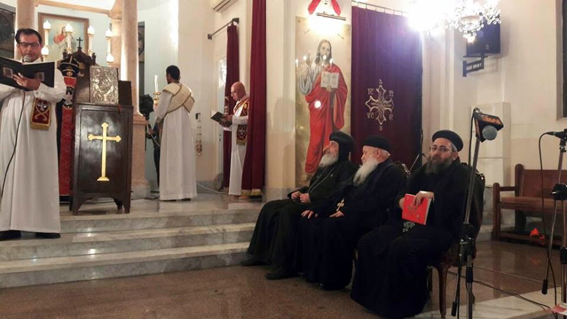 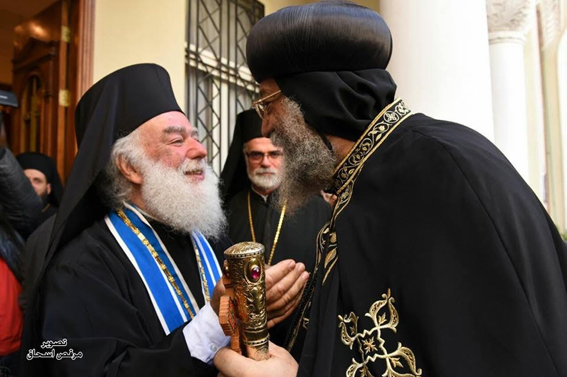 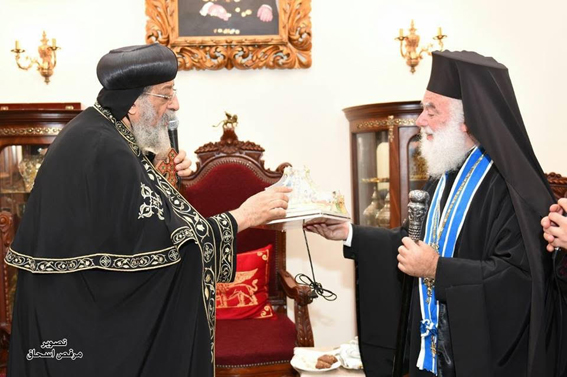 As of Sunday 31 January 2021, Masses will resume in the Coptic Orthodox parishes of Cairo and Alexandria, following their...