A fire which erupted this morning in the church of the Holy Virgin in Edfu, some 795km south of Cairo, claimed no casualties but almost brought the wooden-ceiling church down.

The church priest Fr Gawargios Abdel-Malak said that as the porter turned on the main electric switch at the church this morning, he spotted an electrical spark at one of the air-conditioners, and also smoke. He instantly switched off the electricity but a fire had already sparked. The firefighters and police were directly called.

Fr Gawargios told ++Watani++ that the 300sq.m church is mainly a wooden structure that supports a concrete roof. The wood and the gypsum board used on the church walls helped the fire rage on, and made it difficult to put it off. But eventually, he said, the fire fighters succeeded in extinguishing the flames.

Fr Gawargios thanked God that no one was at the church when the fire erupted, so there were no casualties. He said that Edfu police and legal authorities had been quick to arrive to the scene, and that investigations confirmed that the fire was due to an electric shortcircuit.

The Church, Fr Gawargios told ++Watani++, will apply to the local authorities for license to demolish and rebuild the church of the Holy Virgin, since the condition of the building is now life threatening. Meanwhile, the church priest said, prayers and Masses will be held next to the church. 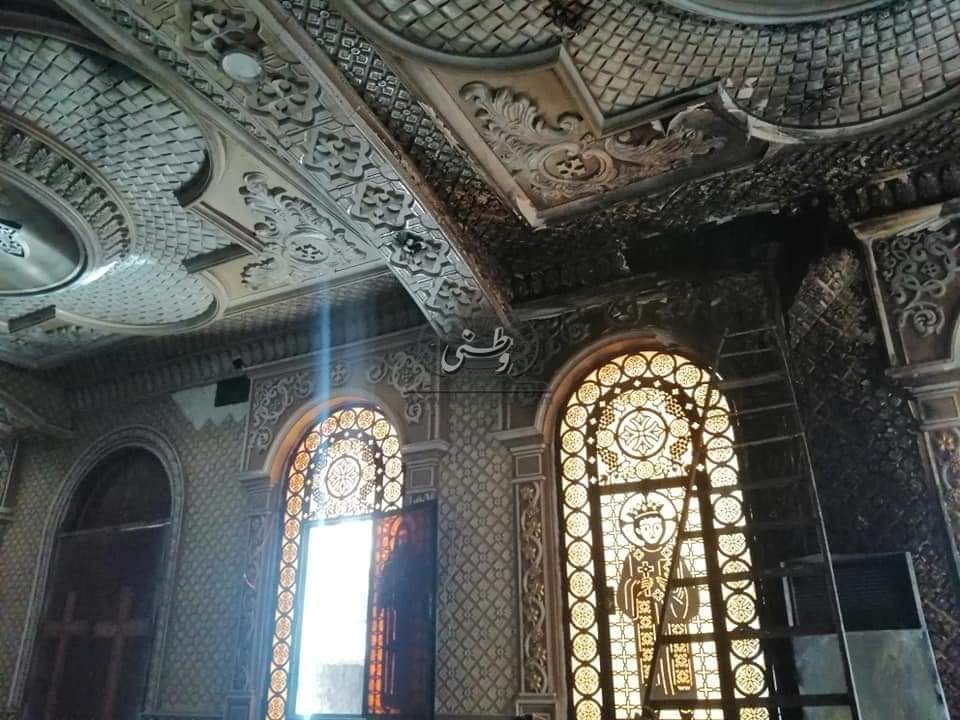 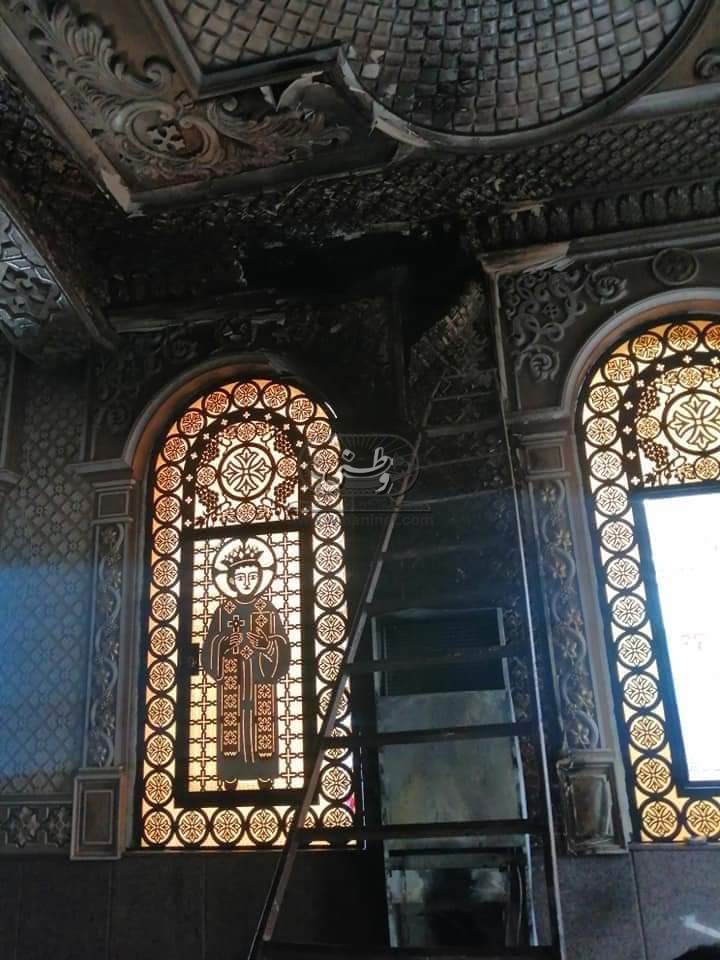 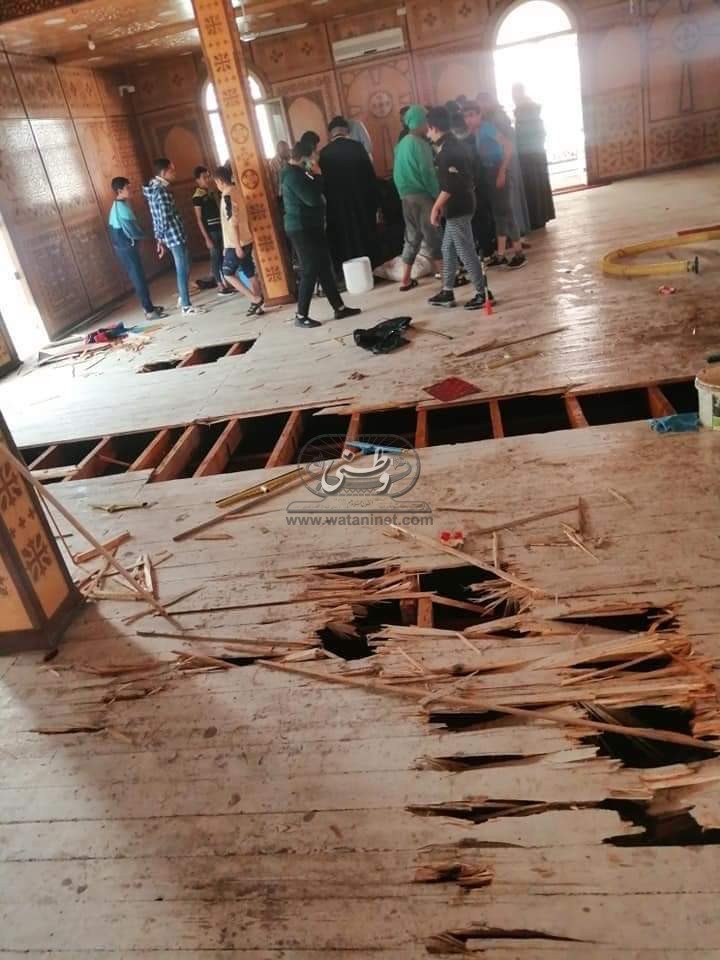 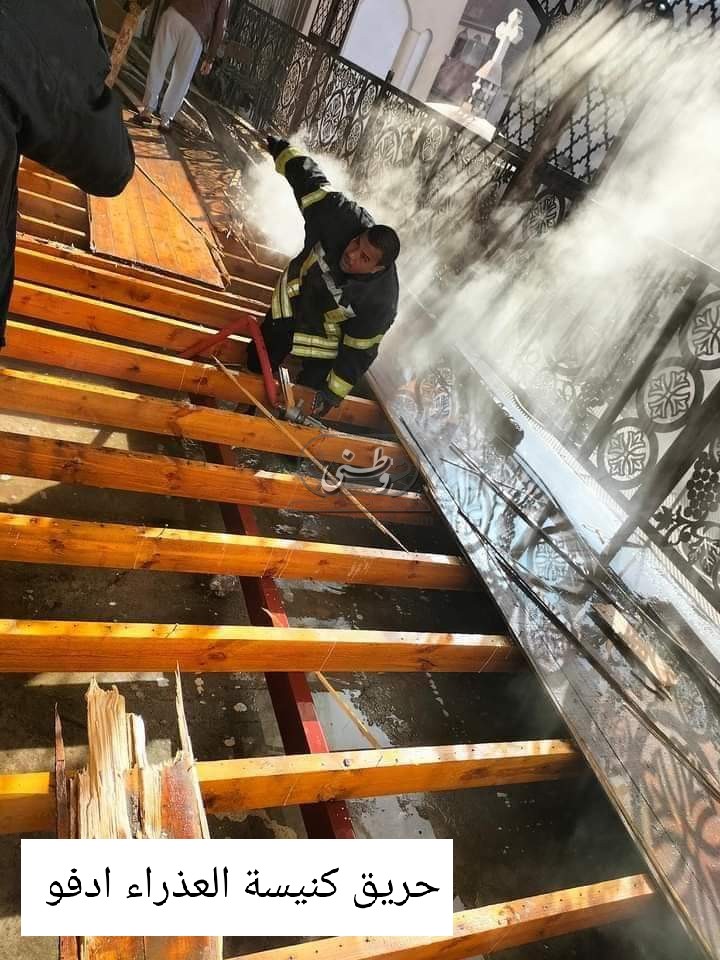 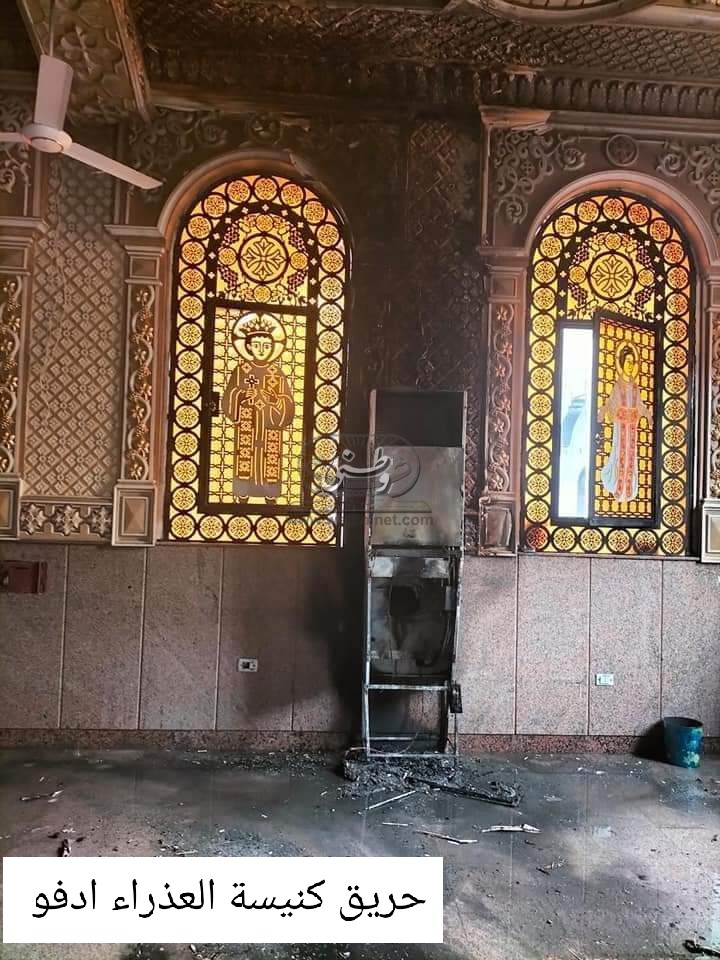