Under the umbrella of the Coptic Identity as an extension to the ancient Egyptian civilisation, a group of Egyptian artists active in various Coptic arts: icons, mosaic, stained glass, sculpture, and handmade artworks; have formed a foundation which they named the “International Foundation for Coptic Arts”.

The newly formed foundation will work of preserving and promoting Coptic heritage, arts and culture. According to George Naoum, co-founder of the foundation, it has been established under the patronage of Anba Martiros who is its honorary president; and is headed by Dr Ezzat Salib, former Director-General of Antiquities Restoration in Churches and Monasteries at Egypt’s Ministry of Tourism and Antiquities; Atef Jewany, Secretary-General of the foundation; as well as a group of members who helped found the Foundation, and a number of lovers of Coptic art.

“We are seeking to include the largest number of Coptic artists from all over Egypt, so that we would register the Foundation under the umbrella of the Ministry of Social Solidarity, to benefit from the support afforded by the State to such NGOs in Egypt,” Naoum noted.

The Foundation members held their first meeting, and wrapped it up with the resolutions:

First: Scholarly planning for Coptic arts programmes, and fostering contacts with written, audio and visual media, also through social media (including Facebook and Twitter) in order to spread the culture of Coptic art all through Egypt, as expression of the identity and culture of a nation and people. 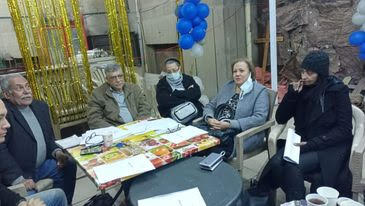 Third: Holding exhibitions and artistic events for Coptic arts in churches, libraries, and public places during feasts and celebratory occasions in various governorates.

Fourth: Organising educational trips for the Foundation’s members and others who are interested and wish to visit museums, monasteries and archaeological sites, which are rich in Coptic arts, to familiarise them with the link between the ancient and less ancient ones.

Fifth: Cooperating with the Ministry of Culture, other ministries, and agencies concerned and interested in decorating public squares and gardens with Coptic artworks, with the aim of promoting a public taste for that art. 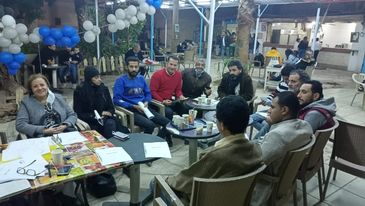 Sixth: Membership in the Foundation is based on the desire of artists and those interested in Coptic arts. The Foundation’s activities are not be restricted to Cairo alone, but should extend to dioceses in all Egypt’s governorates. 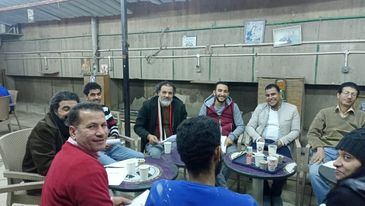 Seventh: Nurturing, preparing and educating artists, especially from the younger generations, and providing them with experience and knowledge of veteran and pioneering artists.

The members also agreed to issue a magazine for the Coptic arts and to print brochures about artists and their works.