Yesterday, 26 September, saw the council of the City of Mississauga in Canada honour the Coptic Orthodox Fr Angelos Saad, pastor of the Holy Virgin and St Athanasius church, by renaming the community Fallingbrook Park to Father Angelos Saad Park.

The renaming ceremony was attended by the Mayor of Mississauga Bonnie Crombie; representatives of the Canadian Parliament and Ontario government; Ahmed Abu Zeid, Egypt’s Ambassador to Canada; Hossam Moharam, Egypt’s Consul General; and Anba Mina, Bishop of Mississauga, Vancouver and Western Canada. Other members of the clergy in Canada attended the ceremony, as well as representatives of the Egyptian community in Mississauga.

Fr Saad is a beloved community leader who has over the years served his Coptic Orthodox congregation, and has made many contributions to the Canadian community. Fr Angelos Saad was born Philip Mikhail in 1950 in Beheira, Egypt. He was ordained by Pope Shenouda III in 1978, and began service in St Takla church in Alexandria. He then moved to Seattle, then to Mississauga where he remained since 1989. Over the years, Fr Saad established care homes for children, schools, charities, and food banks, and helped found the Museum of Pharaonic Civilization in Mississauga.

During the renaming ceremony, a tree was planted to mark the occasion, and a plaque giving a resume of Fr Angelos contributions was unveiled. The plaque read that Fr Angelos positively impacted the lives of many, regardless of their faith. He improved conditions of families by providing opportunities for education, training, childcare and housing. He also helped deliver access to food banks for neighbours in need and served as the director of several community organisations. This park honours his long-standing commitment to the community.

The Egyptian Ambassador gave a speech during which he stressed that Fr Saad is a model of giving and service. “He is an honourable example of the ability of Egyptians in the diaspora to integrate into their new societies and actively participate in their development activities, especially the Egyptian community in Canada, which has been able over decades to enrich Canadian culture and society with various contributions,” Mr Abu Zeid said. It is with pride that we hear the praise of the Mississauga City Council and its mayor for the contributions of the Egyptian community in the development of the city over many decades, the Egyptian Ambassador said, adding that the Egyptian community has contributed with its doctors, engineers, pharmacists and professors in the development and renaissance of Canada.

Father Angelos Saad Park is one of the few parks in Mississauga with outdoor workout equipment. It also includes a splash pad, playground, baseball diamond, and two soccer fields.

Mississauga is truly a better place because of Father Angelos’s generosity and commitment to helping those in need. He has made a lasting impact in Mississauga and it’s a privilege to honour him with the renaming of this beautiful park. 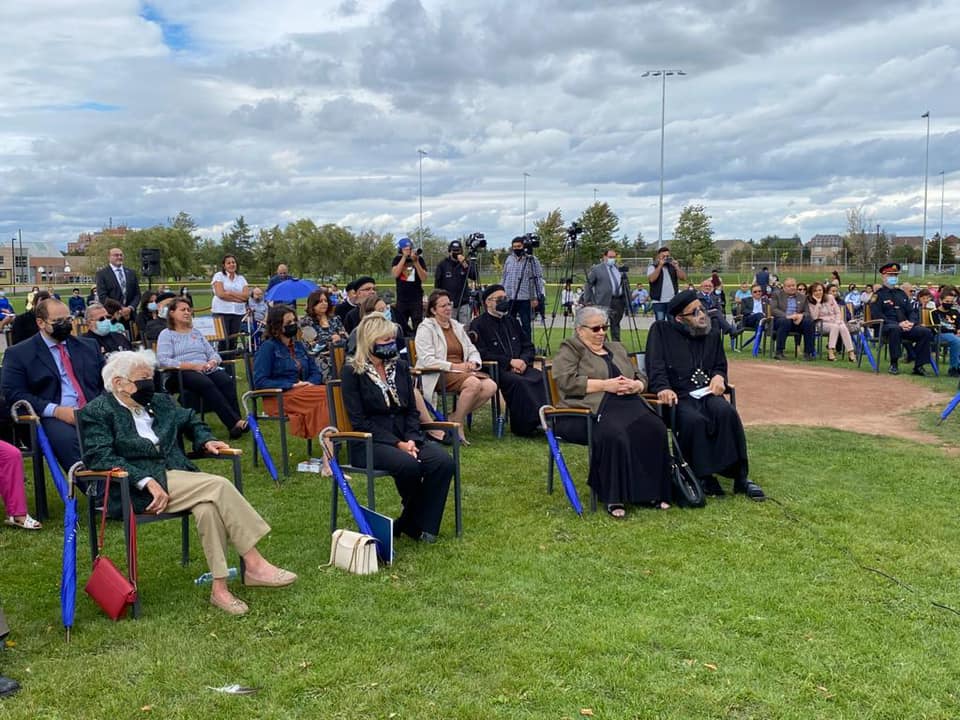 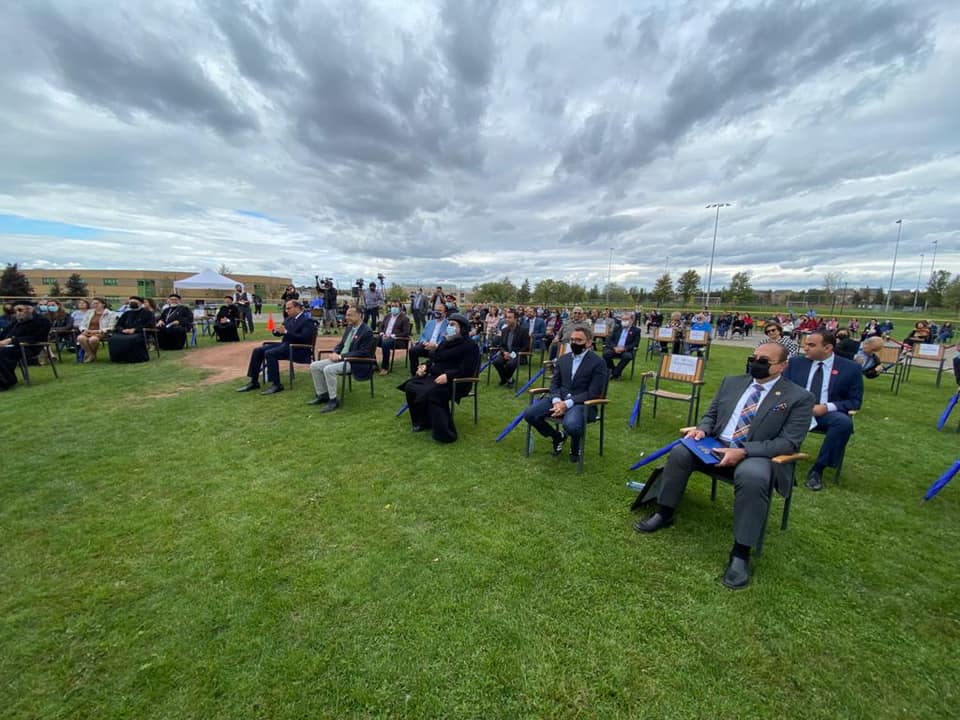 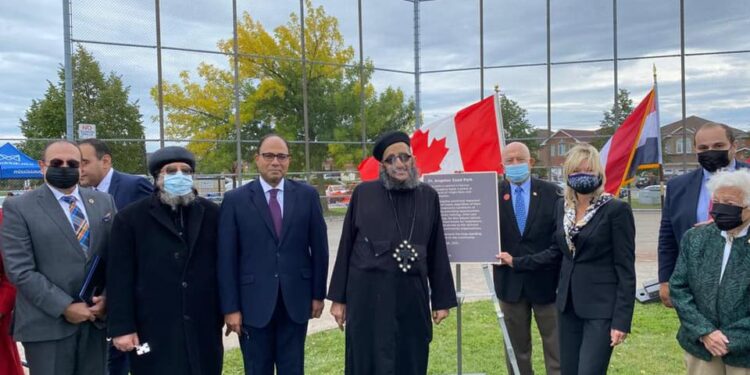 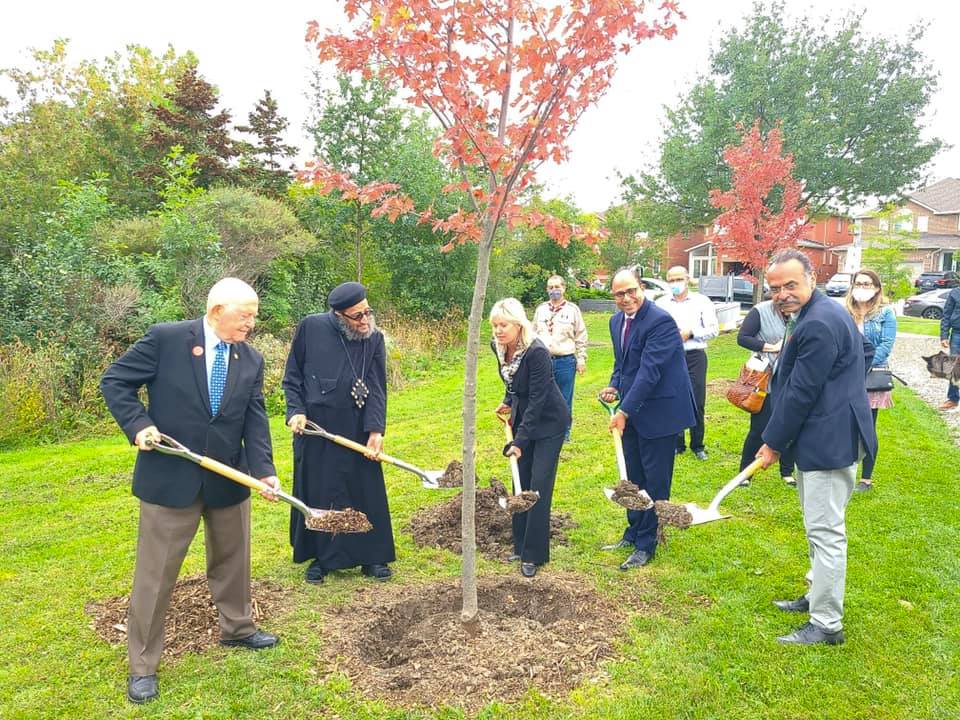 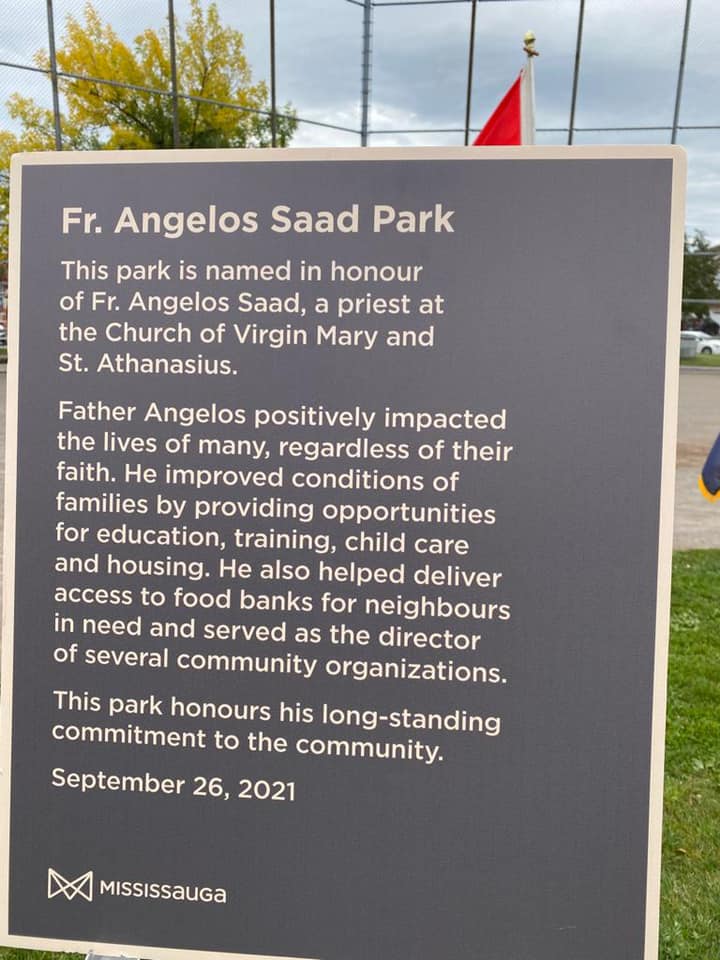