Funeral services were held this evening for 41 victims of the fire that erupted this morning during Mass at the church of Abu-Seifein (St Mercurius) in Imbaba, Giza, Greater Cairo. Official investigations are ongoing into the cause of the fire, but local Copts claim the blaze was caused by an electric malfunction that led to blowup the church’s electric generator. 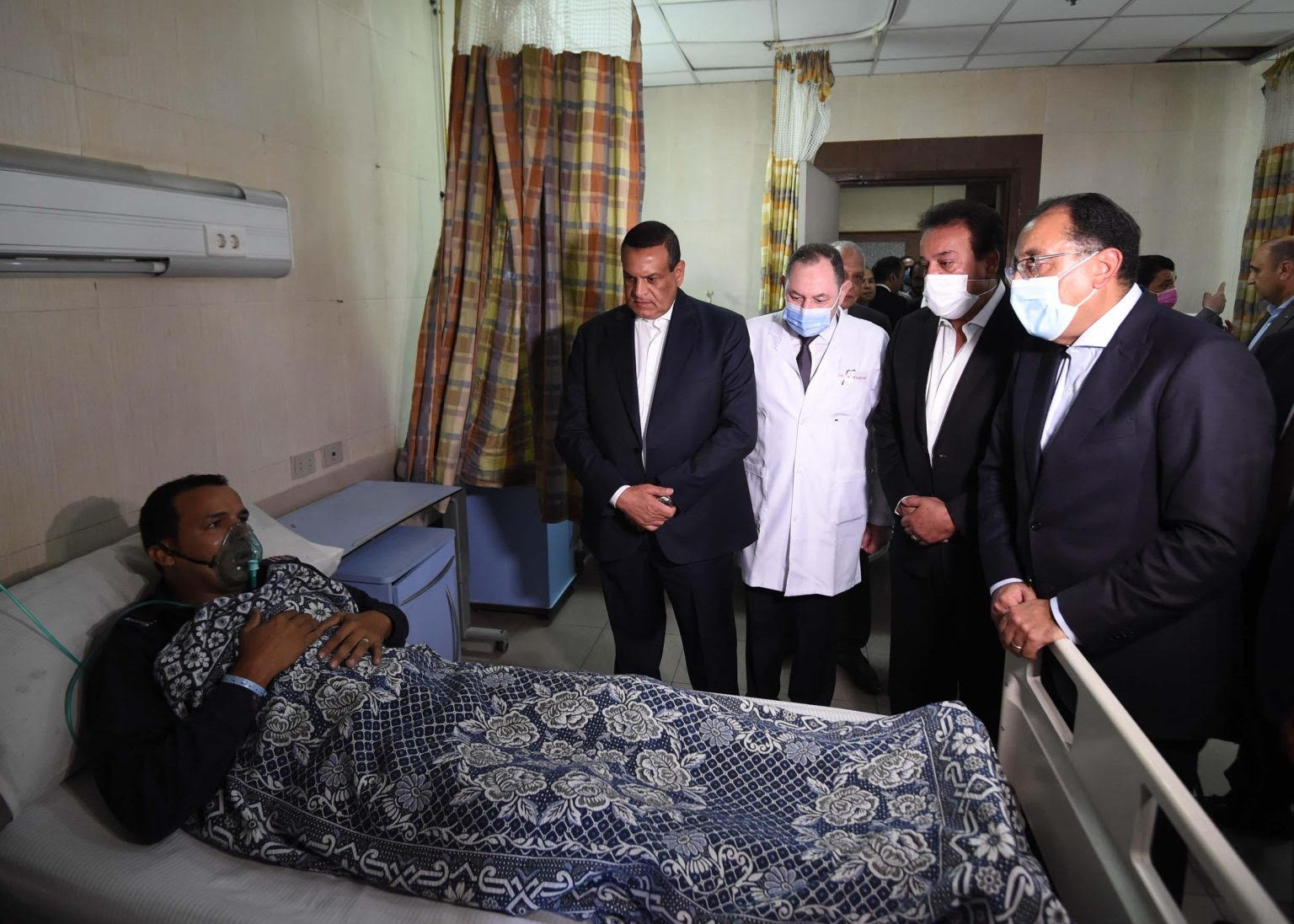 In view of the large number of victims, it was impractical to hold one funeral service for all of them together, so they were split into two groups: a service were held for one group at the church of the Holy Virgin and Archangel Michael in Imbaba, and another was simultaneously held at the nearby church of the Holy Virgin. Presiding over the services were a number of bishops including Anba Yuhanna, Bishop of South Giza. 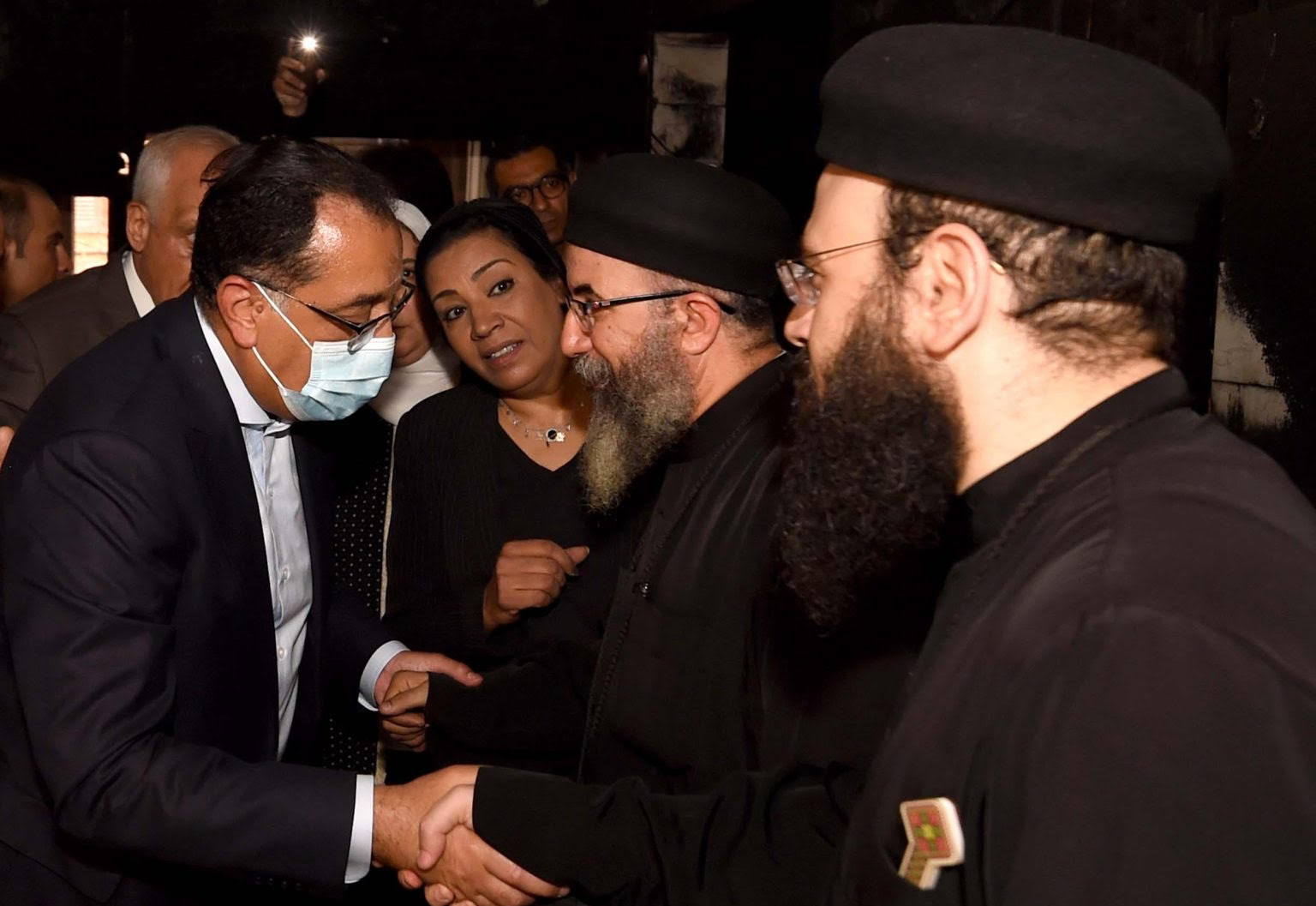 Earlier in the afternoon, Prime Minister Mostafa Madbouly had flown in from New Alamein where he had been on work. He inspected the site of the fire and talked to the Church officials and people there then, accompanied by Health Minister Khaled Abdel-Ghaffar, Social Solidarity Minister Nevine al-Kabbag, and Local Development Minister Hisham Amna, he visited the injured in hospital. Giza Governor Ahmad Rashed had visited them that morning and promised adequate financial support, as did Ms Kabbag who promised sums of compensation and pensions for the victims’ families. The Prime Minister expressed his grief at the huge loss of lives and place, saying that “we are all brothers in one homeland; what hurts any of us hurts us all”. He said work would directly start on restoring the building so that it would be even better than the one that was burnt. 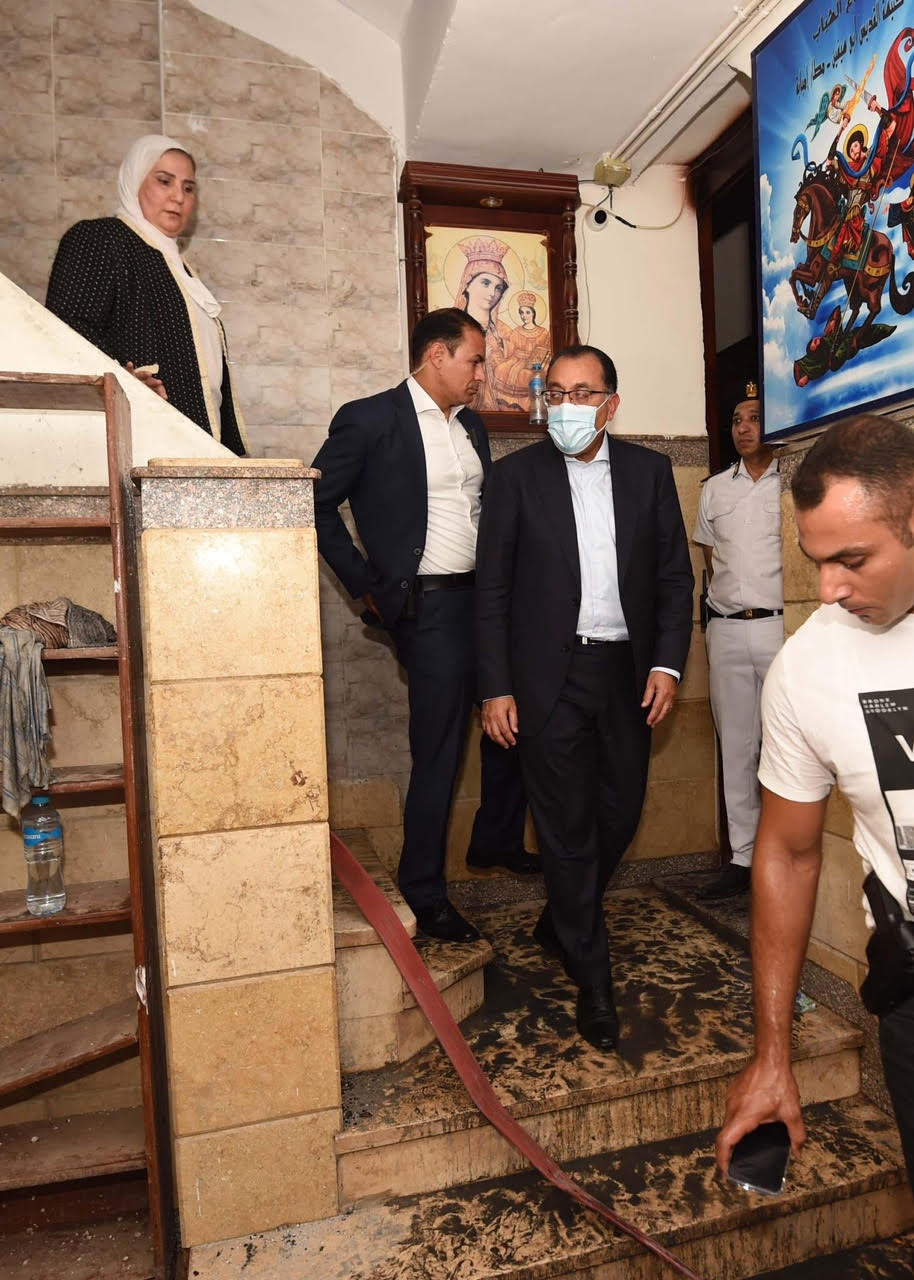 Meanwhile, condolences have been flowing in from numerous Egyptian institutions, senior officials, and public figures. Among them has been Mrs Intissar al-Sisi, wife of the President; the Egyptian Armed Forces; Speaker of the House of Representatives Hanafy Gibaly, the heads of Churches in Egypt; the Ecumenical Institute for the Middle East, the Islamic Dar al-Iftaa’; the Supreme Media Council; and the National Disability Council. 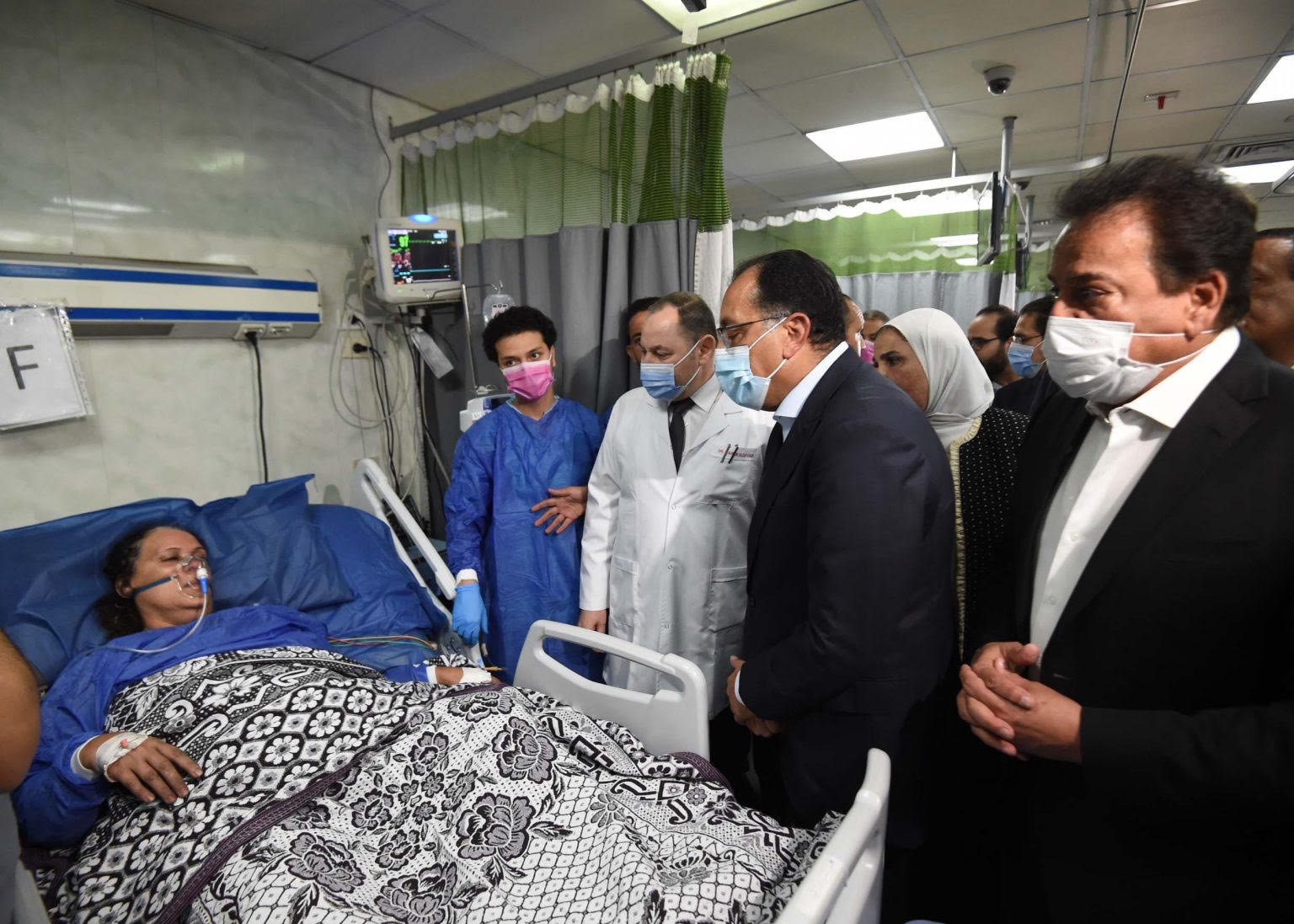 President Abdel-Fattah Al-Sisi has issued directives to the Construction Authority of the Egyptian Armed Forces to restore and renovate the church of Abu-Seifein. 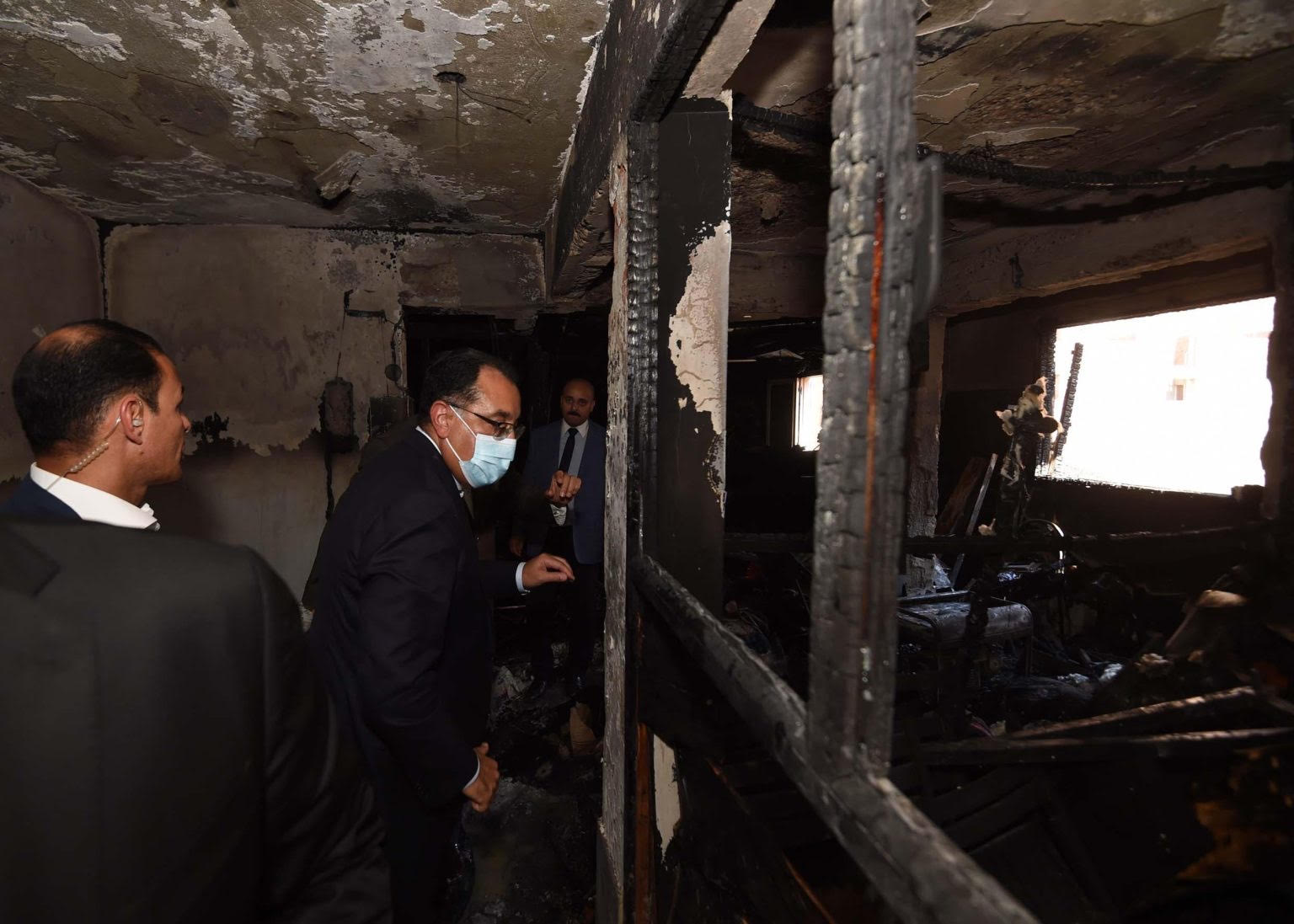 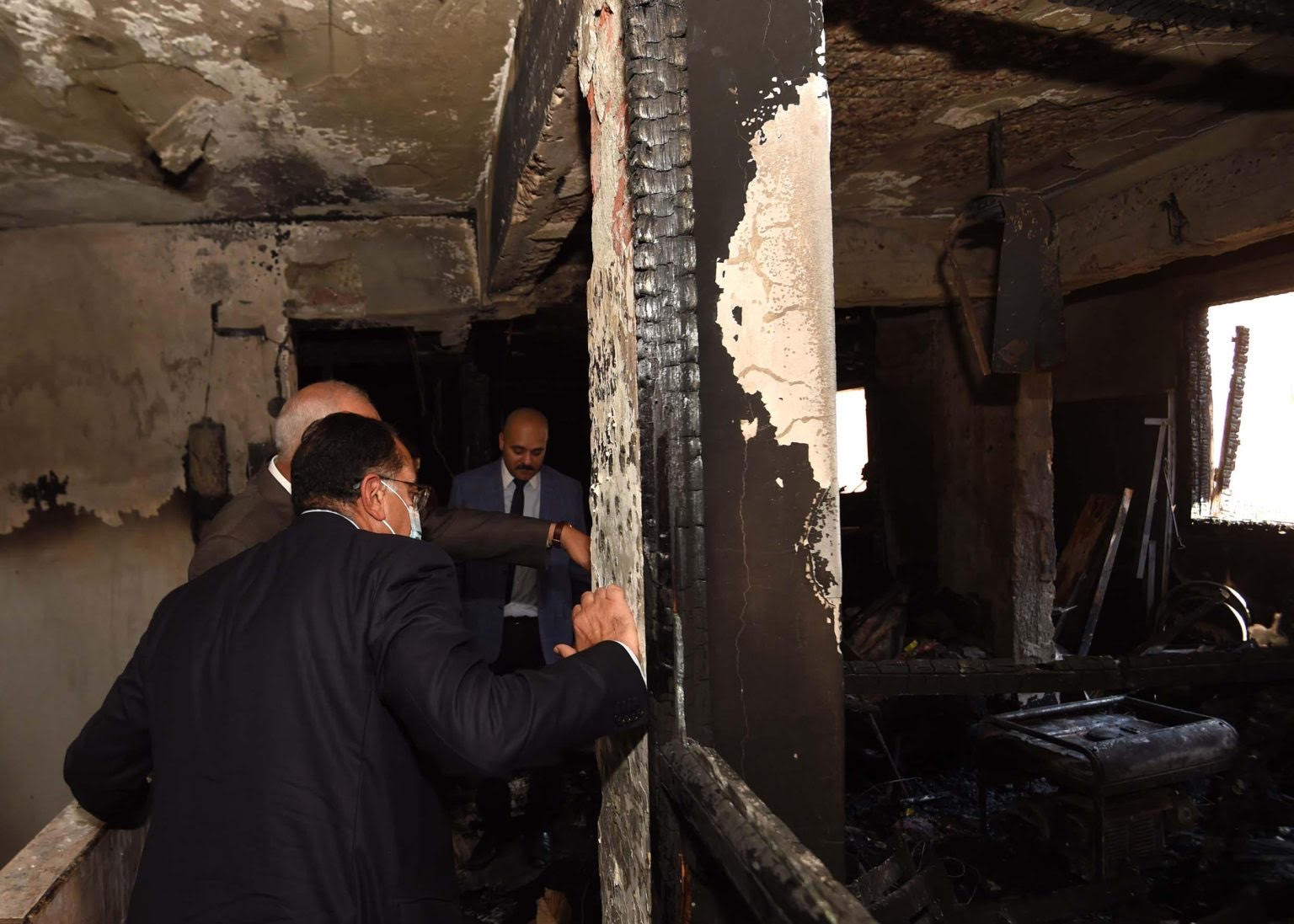