The series of fires that erupted in churches last summer had everyone pained and worried. The most notorious was one that erupted on 14 August in the church of Abu-Seifein in Imbaba, Giza, claiming 41 lives and injuring 14. When investigations proved that the majority of the blazes were generated by electric malfunction, suspicions of criminal action abounded. But it was proved that there was no criminal intent in any of the cases, the fires exposed grave ineptitude and a scandalous lack of adequate safety precautions.
Given, however, the circumstance that the accidents occurred in small buildings repurposed as unlicensed de-facto churches in rural or underprivileged neighbourhoods, the fires should have come as no surprise.
As tweeted by Anba Angaelos, Coptic Bishop of London: “At best, the tragic fire at the church of Abu-Seifein is a direct result of a painful time when Christian communities could not build purpose-designed churches, and would have to covertly use other buildings not fit for purpose and lacking the necessary health and safety features and escapes.” Precisely so.

Time bomb
The lacking safety measures—termed as civil protection or civil defence conditions—predominant in small, de-facto churches built without licence owe in large part to the very smallness of the buildings. These would have been originally built as village houses in narrow, overcrowded streets or alleyways; the single narrow stairways in the buildings and the single narrow doors; all stand in the way of having effective escapes in case of fire or any other calamity. Add to this the fact that the majority of congregations of these churches are too poor to afford proper construction work or adequate electric systems and wiring—they all too often hand such work to “amateurs” who require no high fees and who frequently use sub-standard material and equipment—the outcome is a time bomb that can go off any time. In Imbaba, this is precisely what happened.

Lacking safety measures
Abu-Seifein’s is a case in point. It was built not as a church, but as one of the numerous houses around. Local Copts, needing a place of worship, bought the small house and turned it into a de-facto church in 2007. The church is a no more than a 100sq.m three-story building: the ground floor houses administrative quarters and a meeting room also used for prayer, the first houses a pre-school nursery and rooms for utilities—including the electric generator said to have caused the fire—and the two upper floors house the church.
The building is accessed by one door or gate that leads to a narrow stairway no wider than 0.7m. Predictably, several basic requirements of civil defence were starkly missing. Whether or not those in charge of the church were working on rectifying the situation to gain legality is an open question. But the setting explains why there were no casualties among the first-floor nursery children who were speedily rushed out of the building once their teacher heard the noise in the nearby generator room, whereas the many people attending Mass could not leave the church soon enough on the narrow stairway. Some of the victims were full families who had gone to attend Sunday Mass. They suffocated on the smoke which naturally rose up to the higher floors.
The church is now undergoing restoration by the construction arm of Egypt’s Armed Forces, as per President Sisi’s command. Part of the building is being rebuilt, and safety measures are being observed.

Long centuries
The plight of these churches goes back long centuries in time, beginning with the Muslim conquest of Egypt in 640AD, following which very few churches were allowed to be built. It was next to impossible for Copts to obtain official licence to build or restore a church, leading many Copts to term these times “crisis era”. Copts, who direly needed churches in view of their growing congregations and the declining conditions of existing churches, resorted to circumventing the law and building churches without licence or turning houses into de-facto unlicensed churches.
It was not till September 2016 that a Law for Building and Restoring Churches was passed in Egypt. The 2016 law stipulates a straightforward, time limited legal procedure to obtaining licence to build or restore a church or affiliated building, and includes provisions for legalising already existing unlicensed churches and Church-affiliated buildings.
Unlicensed churches are approved for legality through a Cabinet affiliated committee that has been looking into the cases of 3730 unlicensed churches and Church affiliated buildings since September 2017; so far 2401 have been approved.

The Imbaba church of Abu-Seifein, scene of the fire last August was approved for legality in 2019. But legality can only be final when the following conditions are met: the building should be structurally sound; requirements of civil protection or defence—a legal term indicating safety measures—should be in place, there should be no legal disputes on ownership of the land on which the church is built, and any required dues should be paid.

Pope: safety measures and follow-up
The fact remains, however, that many churches in Egypt lack safety measures.
Pope Tawadros met the members of the Church’s technical office to discuss the safety conditions, termed as civil protection or civil defence conditions, in churches. Participating in the meeting were Anba Danial, Bishop of Maadi and Secretary of the Holy Synod; Fr Mikhail Antoun, representative of the Coptic Orthodox Church and vice president of the committee in charge of legalising unlicensed churches; and Fr Kyrillos, office manager of the Pope.
During the meeting, a plan was drawn to check the implementation of safety measures in the churches of all Egypt’s Coptic Orthodox dioceses, and a system of regular follow-up was set.
On another level, a workshop was held for some 35 church servants to raise awareness of safety hazards and to train them on implementing measures to mitigate them, also to train on informing and drilling children on action during hazardous situations. The workshop was held by the Ministry of Workforce in coordination with the Coptic Orthodox Church, according to a protocol signed between them.

Government takes action
Seeing that many churches, and also some mosques, are deficient in adequate safety measures, the Ministry of Administrative Development has decided to examine safety measures in churches and mosques, specifically those relating to fire and electric malfunction.
The Ministry decided that a construction committee should be formed in each of Egypt’s governorates by order of the respective governors. The committees should visit Islamic and Christian places of worship, in coordination with the church or mosque officials in charge, to inspect the electric systems and wiring in each site, and to check the safety conditions in the buildings in case extreme hot weather leads to the use of heavier electric loads. The committees should submit their reports to the governors who should in turn refer them to the Ministry for appropriate action.

Alternatives
Fr Mikhail Antoun told Watani that currently, churches that have been approved for legality provided they comply with safety conditions are attempting to do so. In this regard, he said, the Housing Ministry has set two safety standards according to the ground area of church buildings.
“The smaller buildings especially, those categorised in the second safety measures standard, face special difficulties in complying with these standards,” Fr Mikhail said. “We reported the problems some two months ago to Prime Minister Mostafa Madbouly who responded by asking the Research Institute of Building and Housing to delegate a representative to join the Cabinet Committee in charge of legalising churches. This is a good move which we truly appreciate, since it offers possibilities of adequate alternatives to currently hard-to-achieve safety conditions. Serious work has already started in this regard.” 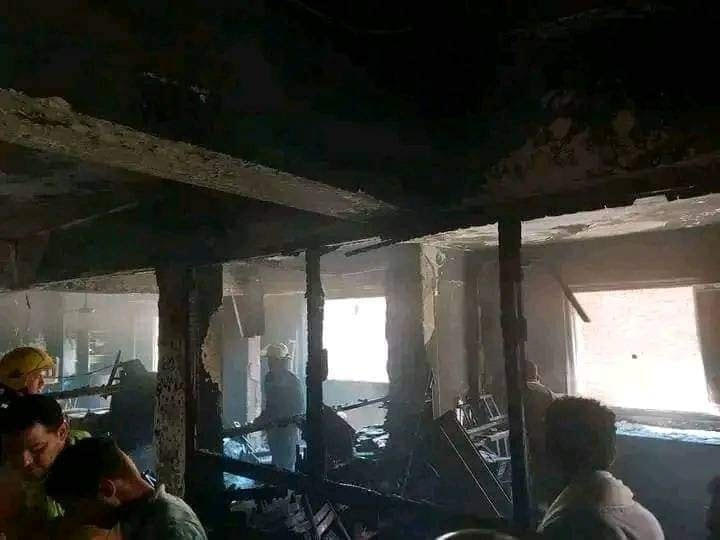 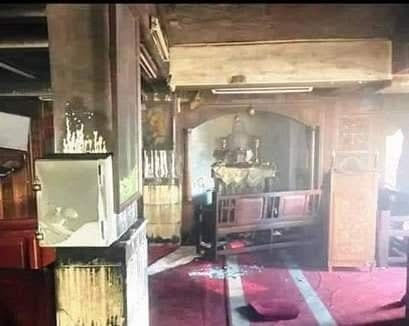 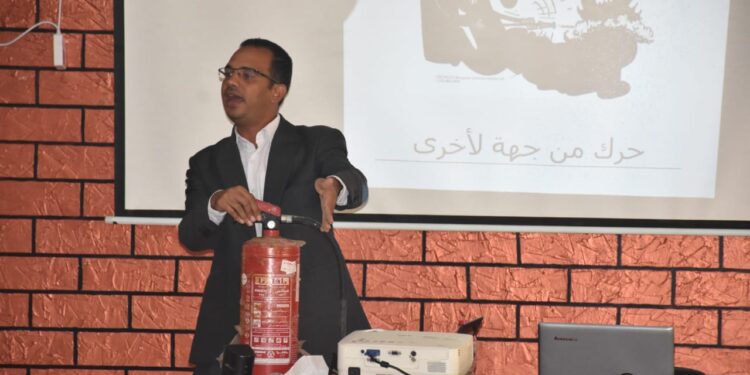 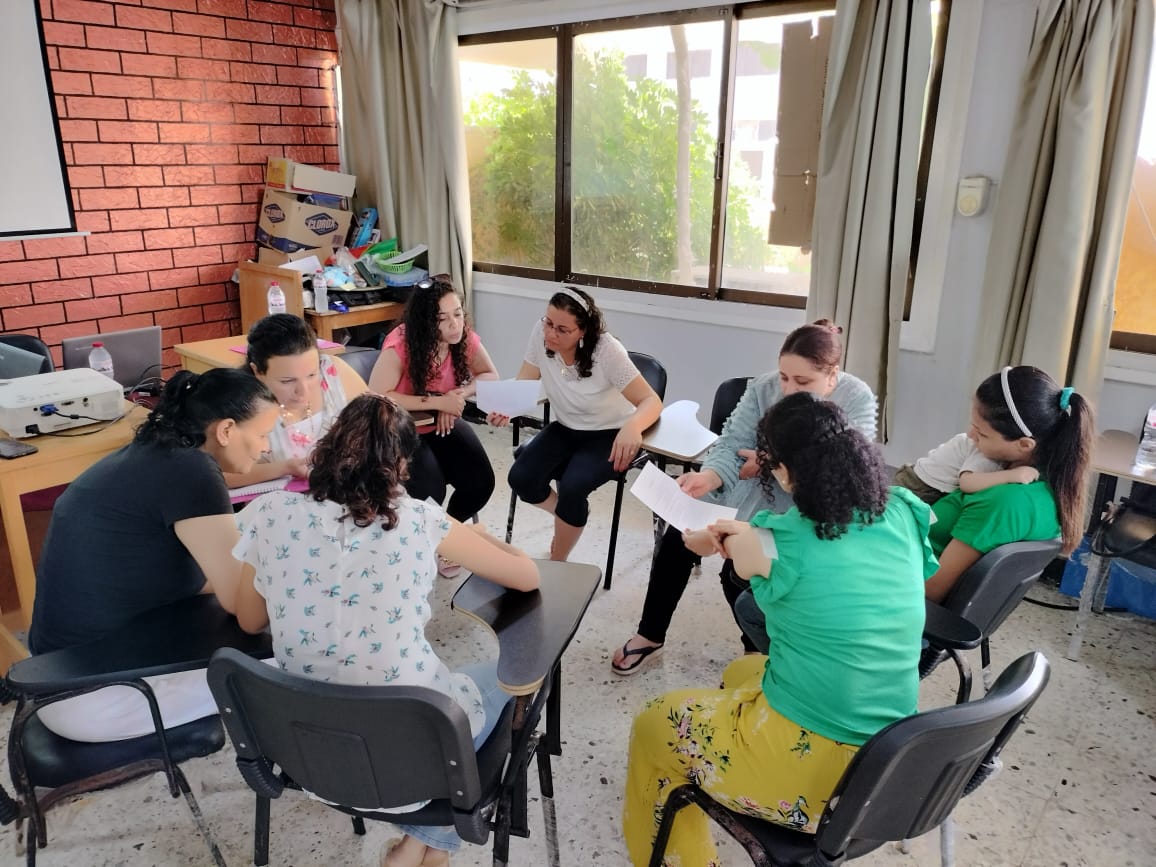