Three years ago, Palm Sunday of 2017 witnessed tragic suicide bombings in the church of Mar-Girgis (St George) in the mid-Delta city of Tanta, and St Mark’s Cathedral in Alexandria. The blast in Tanta claimed 27 lives, and in Alexandria eight Copts and seven policemen. Daesh, also known as the Islamic State (IS or ISIS), claimed responsibility for the bombing. The Daesh cell members in charge were caught, put on trial, and sentenced to death or imprisonment. Last February, eight of them were executed by hanging.

The Tanta martyrs were mostly deacons, given that the suicide bomber had stormed into the church and rushed forward towards the deacon choir right before the sanctuary, where he blew himself up. Apart from the 27 martyred and more than 70 injured, the Church was severely damaged.

Bishoy al-Qommos Danial (1994 – 2017) was among the deacons who met their death at Mar-Girgis’s on Palm Sunday on 9 April 2017. Bishoy, a bright 23-year-old with a sunny smile, was a medical student at Tanta University, and should have graduated in 2019 had he not been martyred.

Last February, Tanta University’s medical school held the graduation ceremony for the class of 2019. In a moving gesture, the class was named after Bishoy al-Qommos Danial. 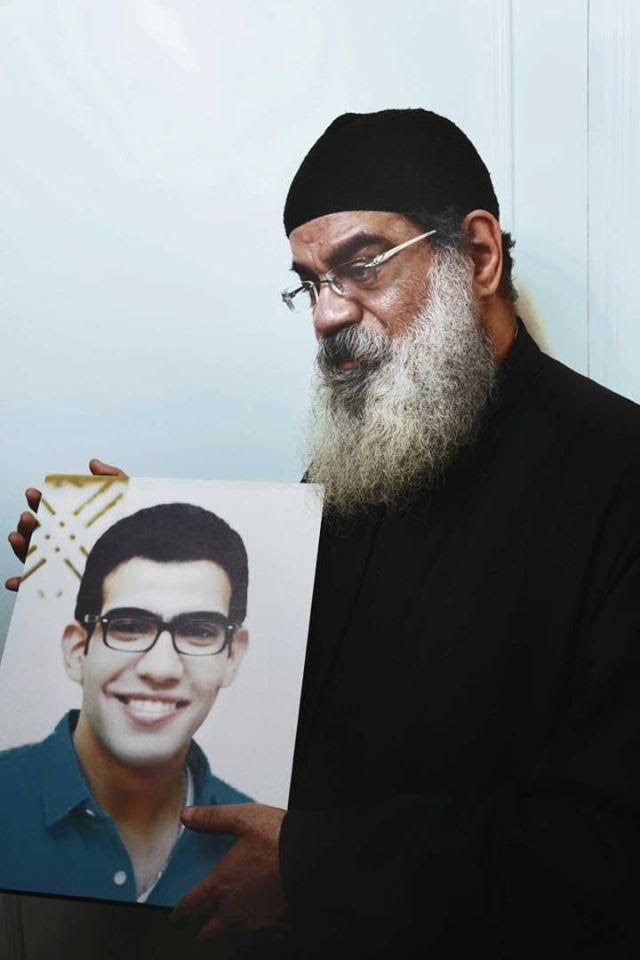 Participating in the ceremony were Magdy al-Sabaa, President of Tanta University; and Ahmad Ghoneim, Dean of the Faculty of Medicine. Fr Danial, who is Bishoy’s father, was handed a certificate honouring his son.

On a Facebook page created by Bishoy’s friends, many posted recollections of him.

“He was a unique young man,” a friend wrote. “He had a depth of spiritual life coupled with the openness to socialising, all of which had a profound effect on all who dealt with him. His laugh was larger than life; everyone loved it. He was a distinguished church servant, and an excellent deacon who excelled in church rites and hymns. He was also a member of the church’s boy scouts. He loved sports, especially basketball, and was also a distinguished academic student throughout his studies.” 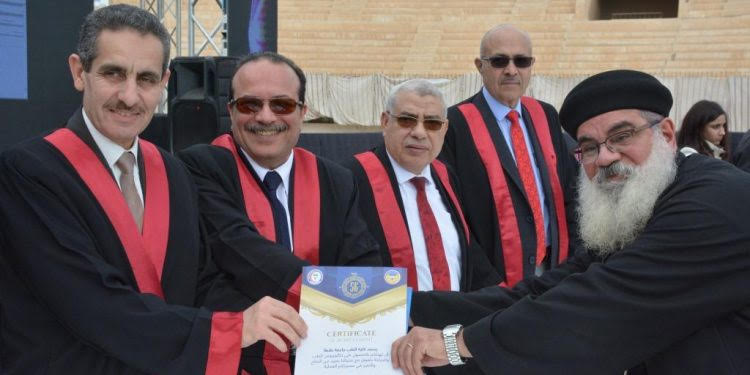 Bishoy’s brother Kyrillos who is four years his senior and is a doctor, wrote that Bishoy was a source of joy and peace to his family, and a great help to his mother in her household chores.

Bishoy was not the only Coptic martyr after whom his graduating class was named. A year earlier, in September 2018, the graduating class of the Helwan University’s Faculty of Commerce was named after Marina Fahim, a young Coptic woman who should have graduated then but had died in the suicide explosion at al-Boutrossiya Church in Cairo on 11 December 2016. That was during Sunday Mass; the blast claimed 28 lives.

Eight months after the Tanta church suicide bombing, in December 2017, the Egyptian Armed Forces had reconstructed and renovated the church which Anba Pola, Bishop of Tanta, renamed the “Church of Mar-Girgis and the Martyrs”.

Despite the renovation, the martyrs’ spattered blood was left on the columns of the church as witness for the terrorist attack.

“Everyone is amazed to see the church rise from the ashes, and the ruins metamorphose into a lofty, exceptionally beautiful building,” Anba Pola said. “Screams of horror at the martyrs’ spilt blood have now turned into joyful ululations.” He was speaking on a talk show on DMC satellite channel, hosted by Iman al-Hossari.

Anba Pola praised the efforts by the Armed Forces to restore the church, as they had pledged to do directly after the bombing.

Recalling the Bible verse from the Gospel of St John 16:20 “Very truly I tell you, you will weep and mourn while the world rejoices. You will grieve, but your grief will turn to joy,” he said the 70-year-old church was now better than it ever was.