Deputy of Egypt’s Minister of Tourism and Antiquities, Ghada Shalaby, has visited the Holy Family Trail in Wadi al-Natroun, the Western Desert spot that lies off the Cairo Alexandria Desert Road midway between the two cities.

The Holy Family Trail in Egypt is that believed to have been taken by Baby Jesus, His mother Mary, and St Joseph on their biblical flight into Egypt from Herod the King (Mathew 2). 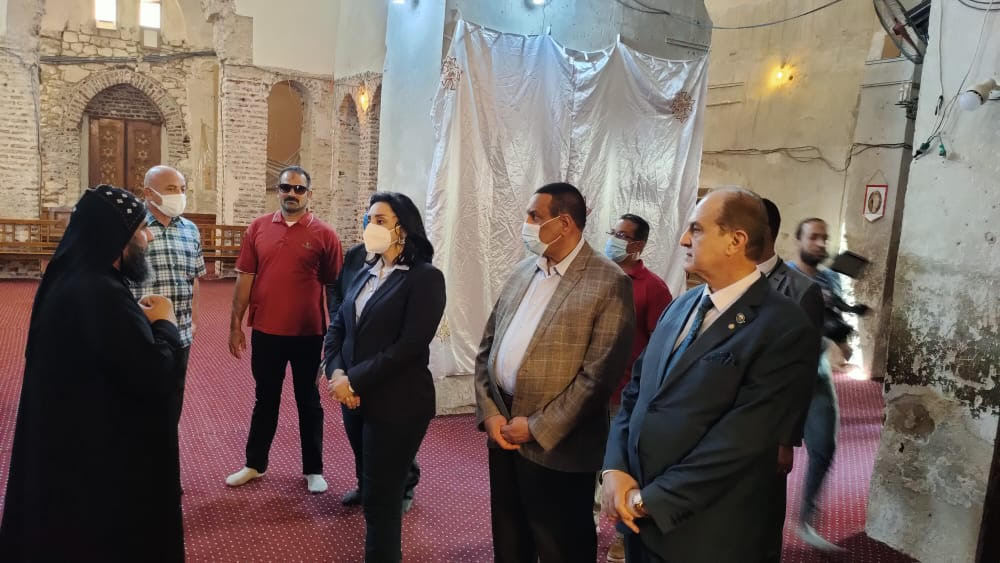 The Wadi al-Natroun area, which houses three 4th-century monasteries, is currently being upgraded as a tourist destination, at a cost of EGP76 million financed by the governorate and a Ministry of Tourism fund. In her visit, Ms Shalaby was accompanied by Beheira Governor, Adel al-Guindy, who is also the national coordinator of the Holy Family Trail in Egypt project. 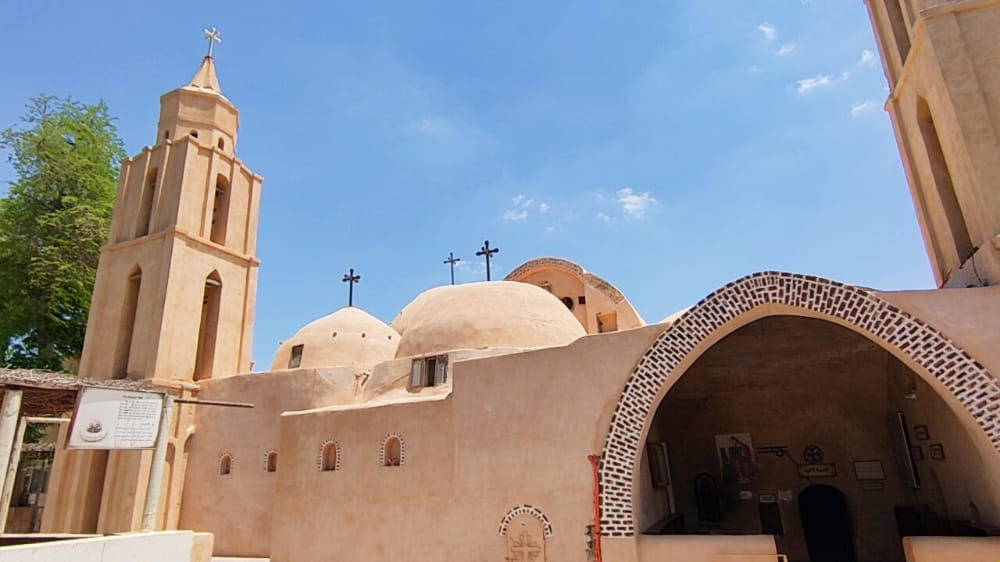 The upgrading process includes renovating the main gate of Wadi al-Natroun town, paving and widening the roads leading to the monasteries at the cost of EGP44 million, and installing light posts and guideposts. Out of 1200 palms intended to line the roads at a cost of EGP3.6 million, 600 have been already planted. 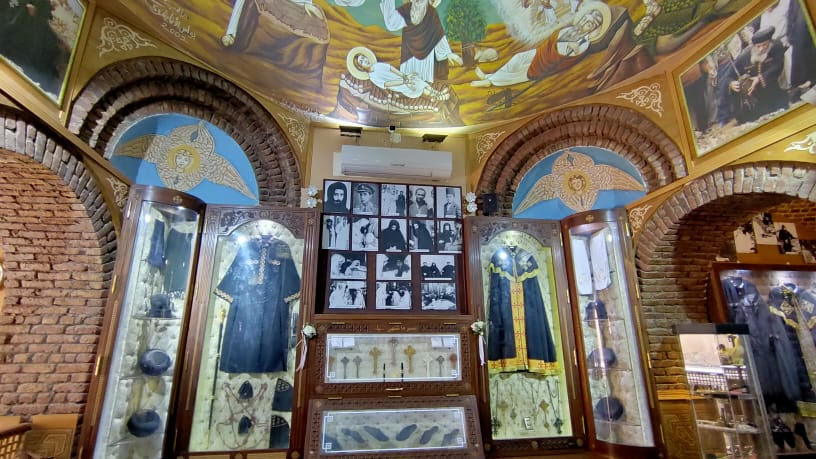 According to Governor Guindy, the Holy Family trail in Wadi al-Natroun is one of 25 spots the Ministry of Tourism and Antiquities is developing, in coordination with the Ministry of Local Development under the supervision of the State. 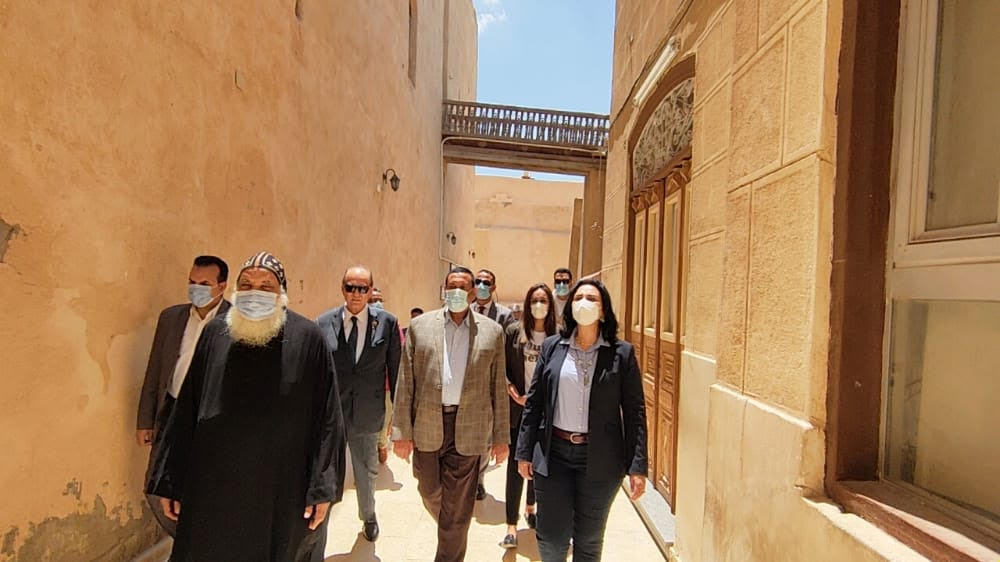 The recent official visit also included inspection of guest quarters and camping sites on the road to the two monasteries of Anba Bishoy and al-Surian where three camps are being set up at a cost of EGP9 million. It concluded with Naba al-Hamra, literally the Red Soring, so called because its water turns red in summer. [https://en.wataninet.com/features/environment/the-spring-that-turns-red/13712/ ] 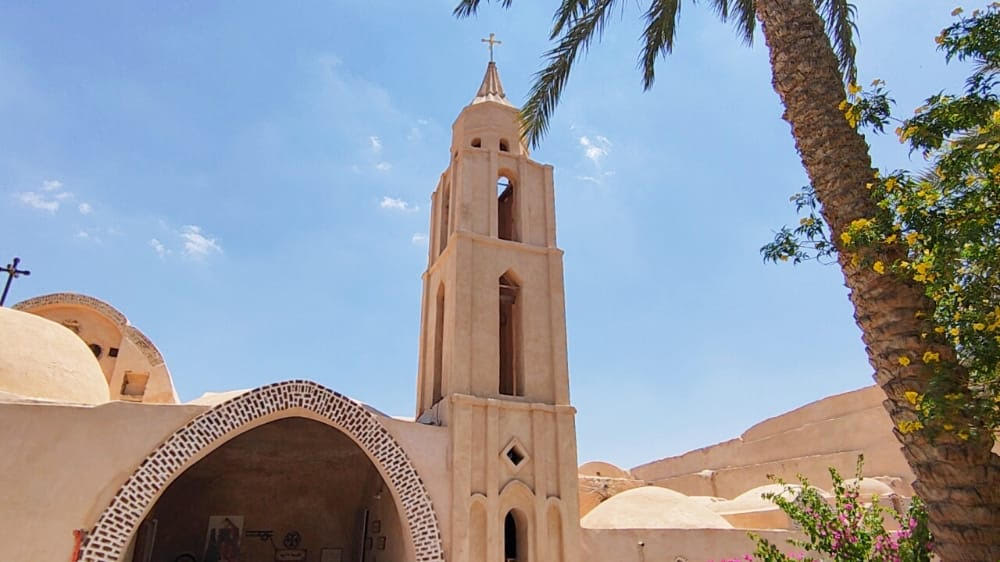 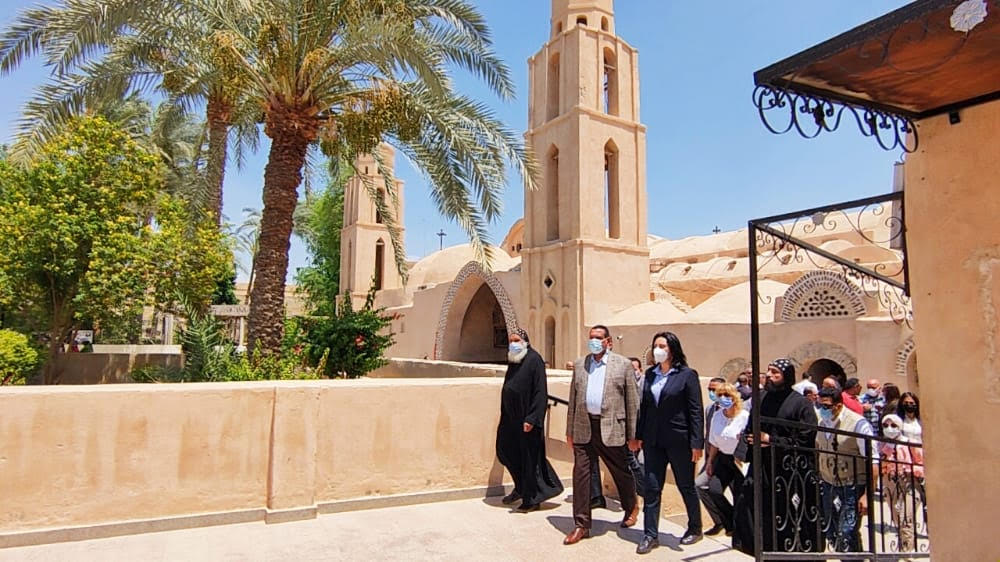 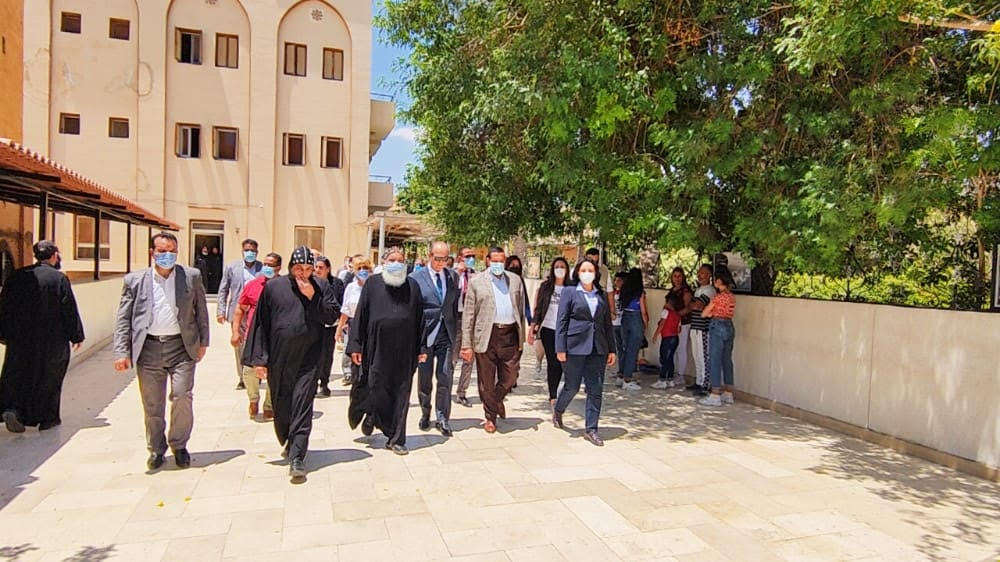 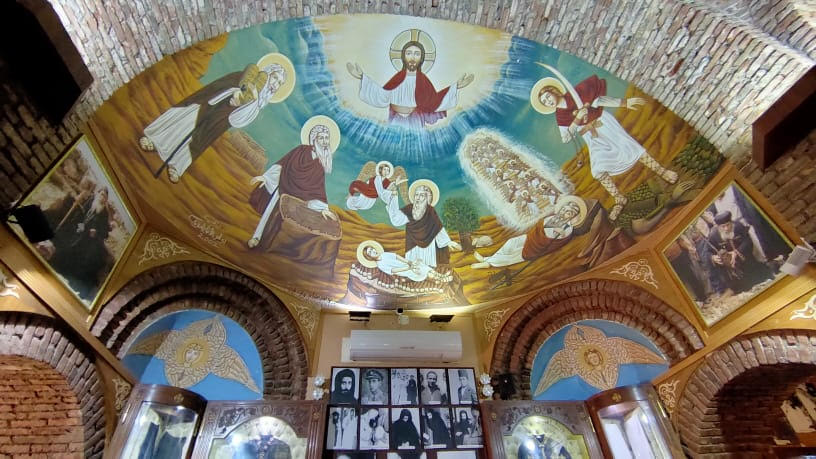 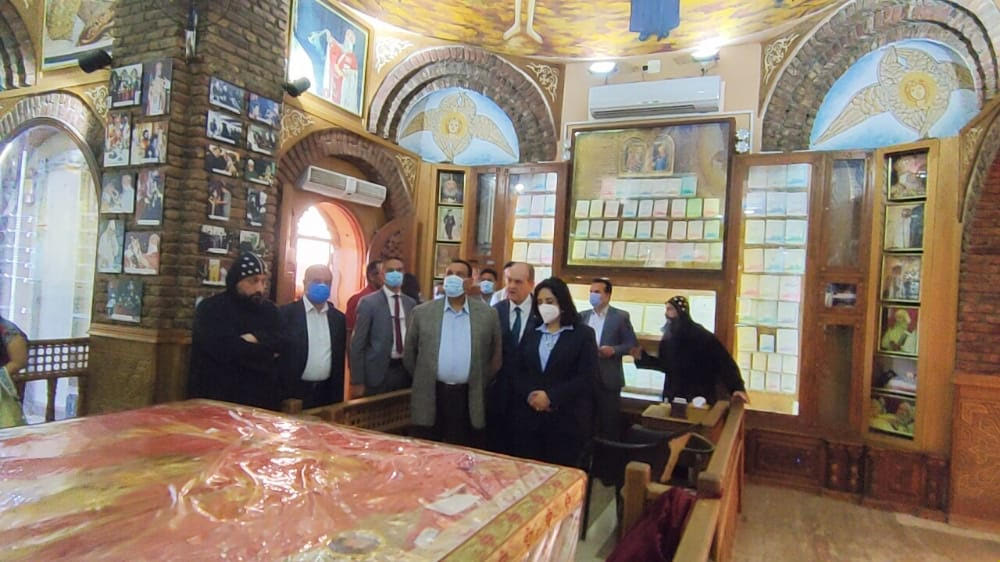 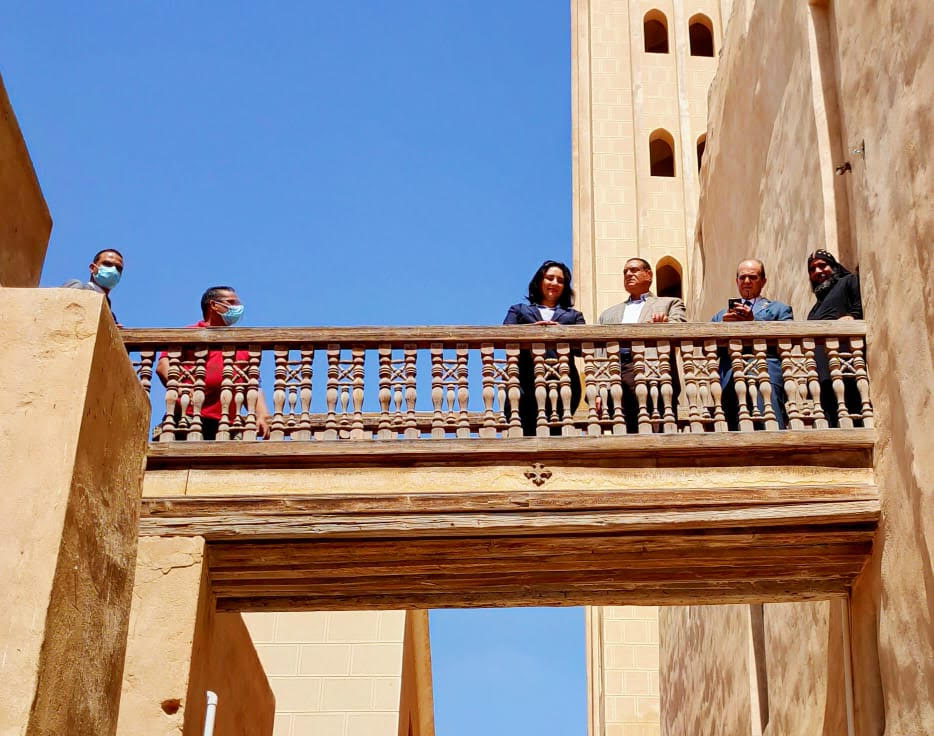 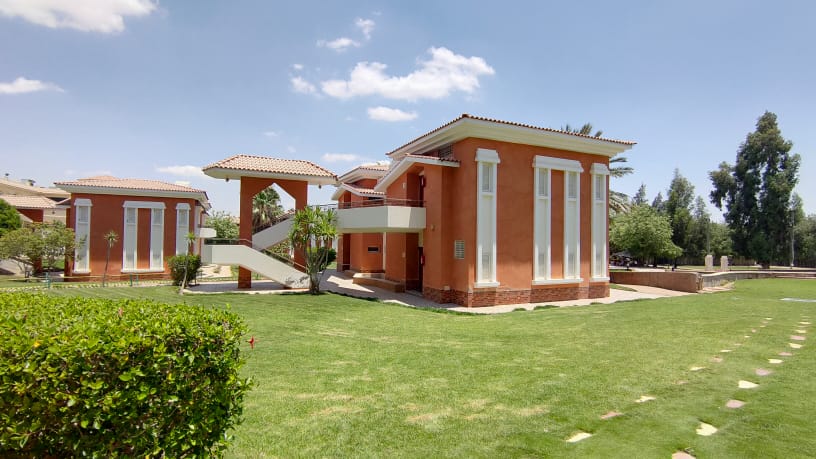