Yesterday Sunday 3 October, the church of the Holy Virgin and St John the Evangelist (called St John the Beloved by the Copts) in Antwerp, Belgium, was handed over by the Catholic Church to the Coptic Orthodox Church. The handover ceremony was celebrated by Anba Arseny, Coptic Bishop of The Netherlands and Belgium, and Monsignor Johan Bonny, Bishop of the Roman Catholic Church in Antwerp. 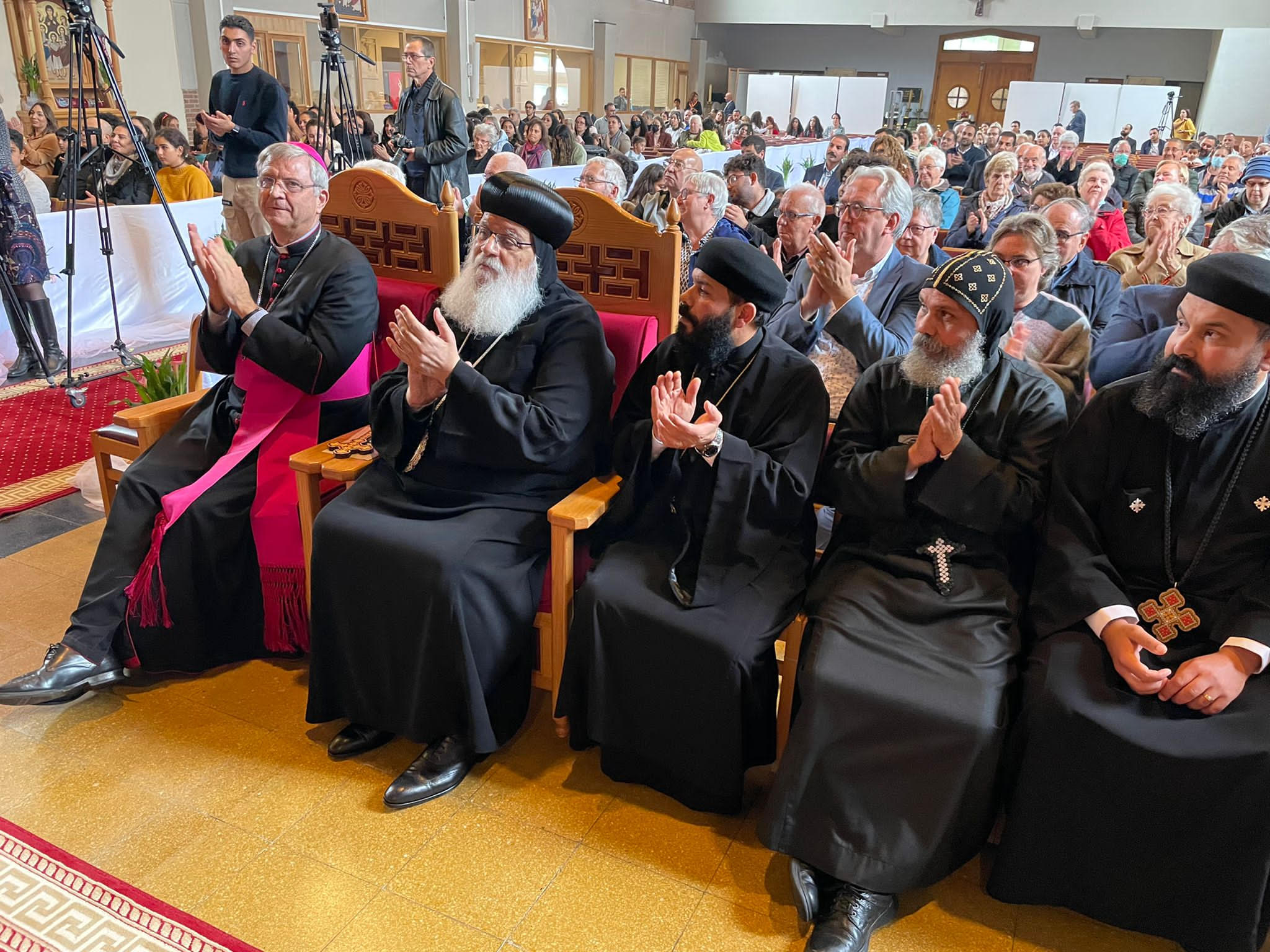 Pope Tawadros II had during a pastoral visit to Belgium in October 2019, consecrated the church, its icons and its altars. The main altar was named in honour of the Holy Virgin and St John the Beloved, another to Anba Moussa and the baptism altar for St John the Baptist. 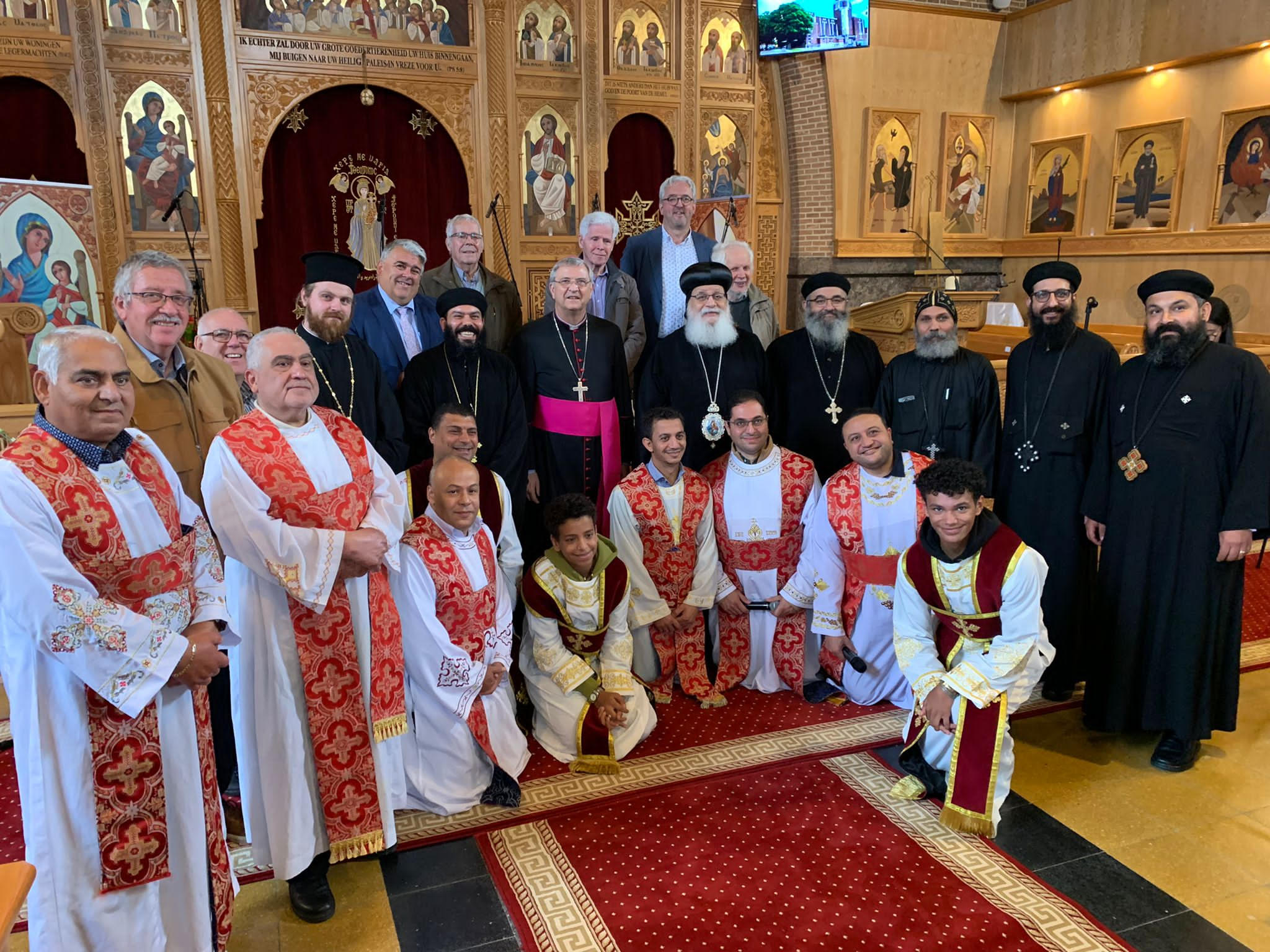 The Coptic Church had been renting the church from the Catholic Church in Antwerp since April 2017. But in 2019 the Catholic Church decided to offer the building to its sister Coptic Orthodox Church. The Copts refurbished the church to bring it up to Coptic tradition, installing an iconastis and a Coptic icon of the Pentocrator in the niche east of the altar. 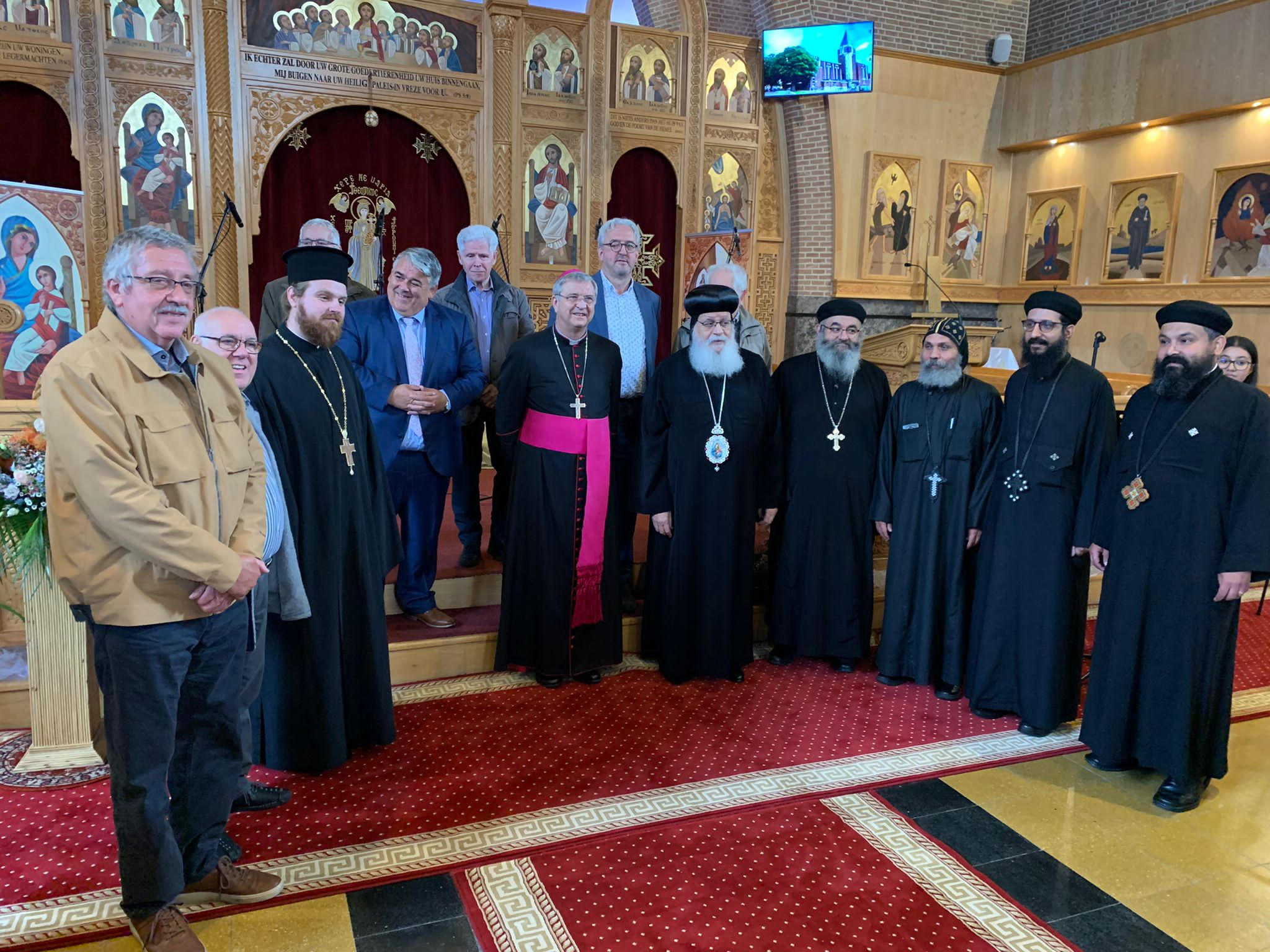 During yesterday’s celebration, Monsignor Bonny congratulated Antwerp’s Copts on their ownership of the new church, and expressed his happiness that the church building will still be used for worship under its new owners. For his part, Anba Arseny thanked the Catholic Church and the Antwerp City Council for their efforts to move the ownership of the church to the Coptic Orthodox Church. The celebration included performances of Church hymns by the church choir. 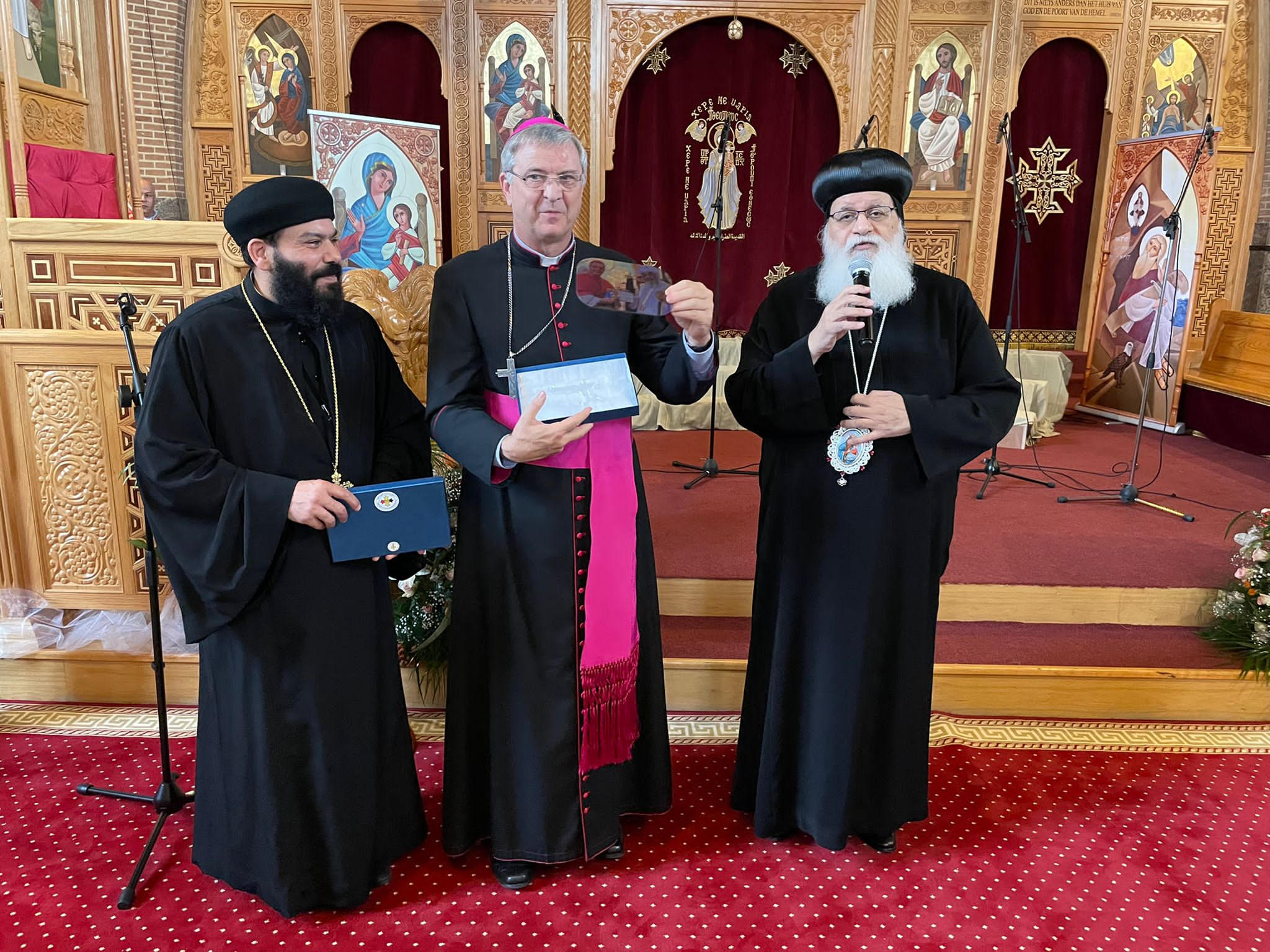 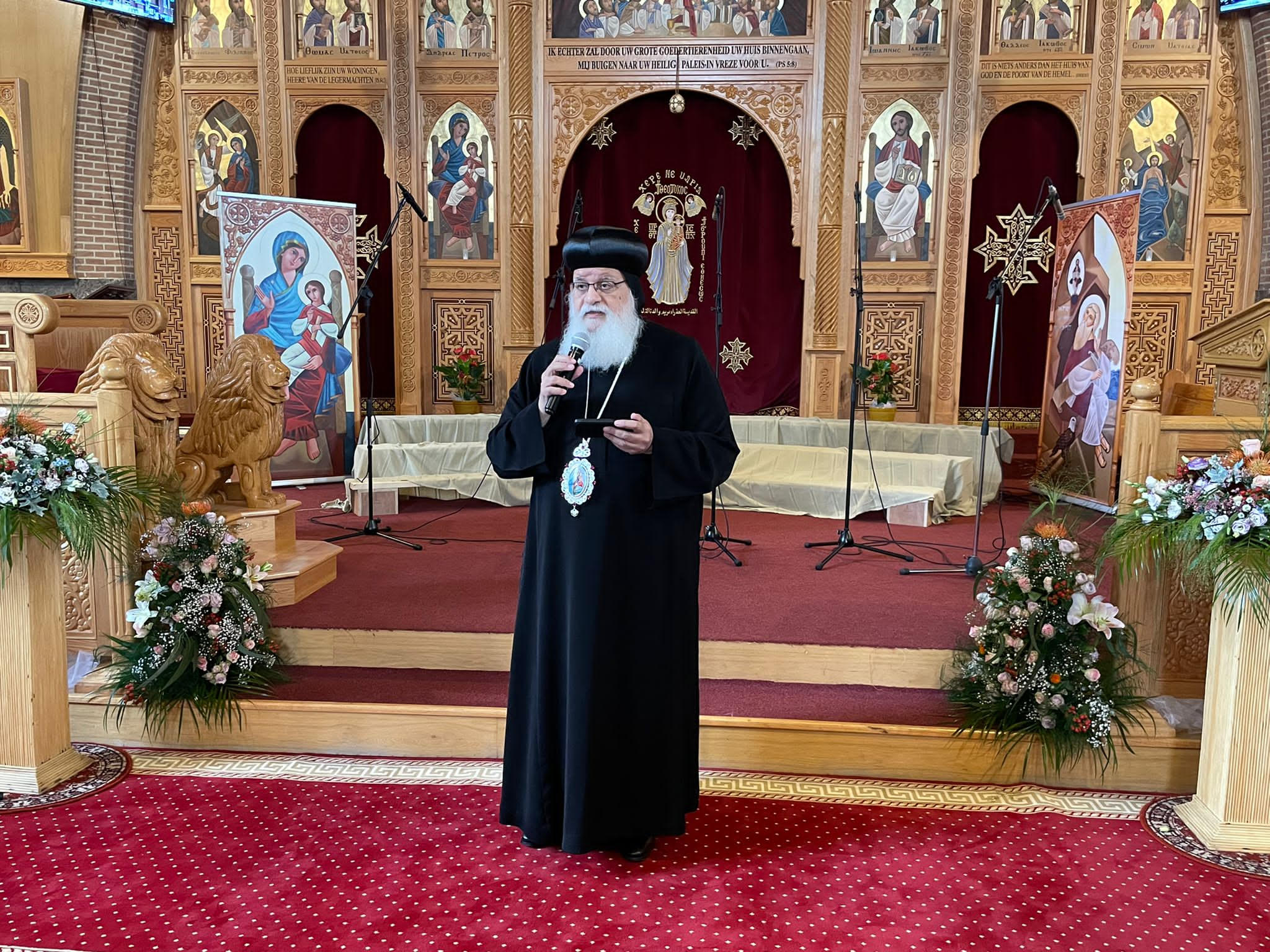